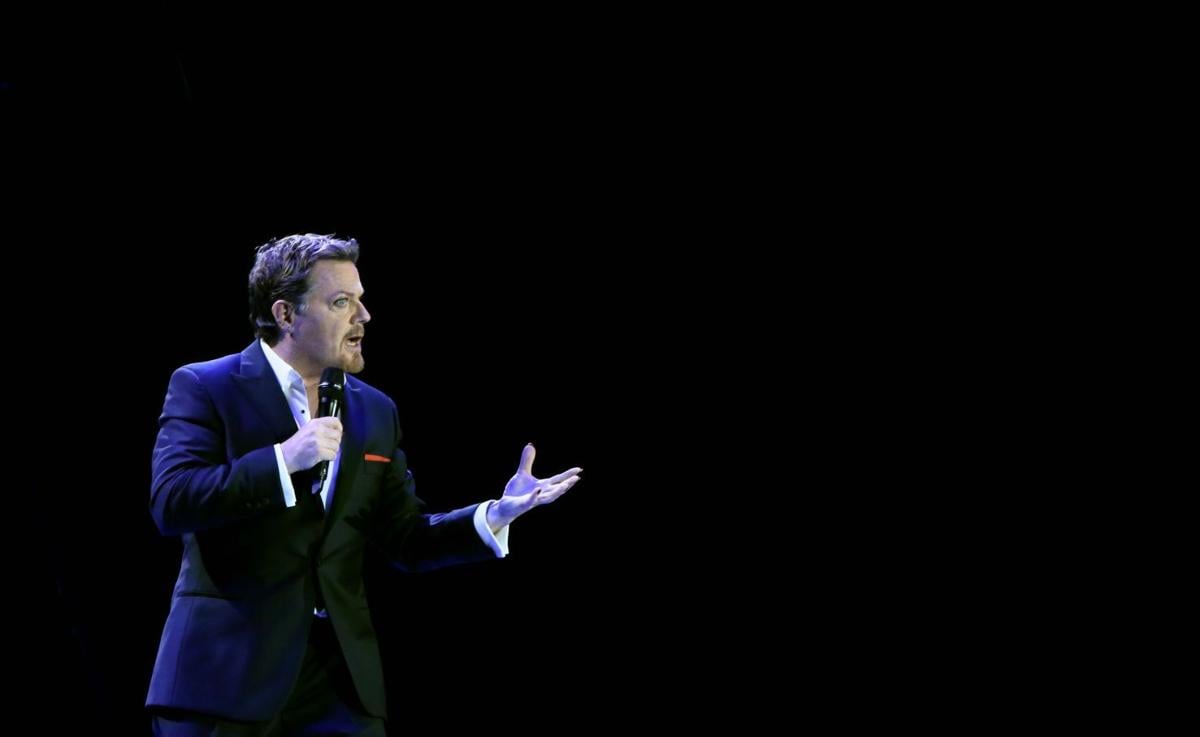 Comedian Eddie Izzard performs on his "Force Majeure" tour, the most extensive comedy tour in history, spanning 25 countries and on 5 continents. 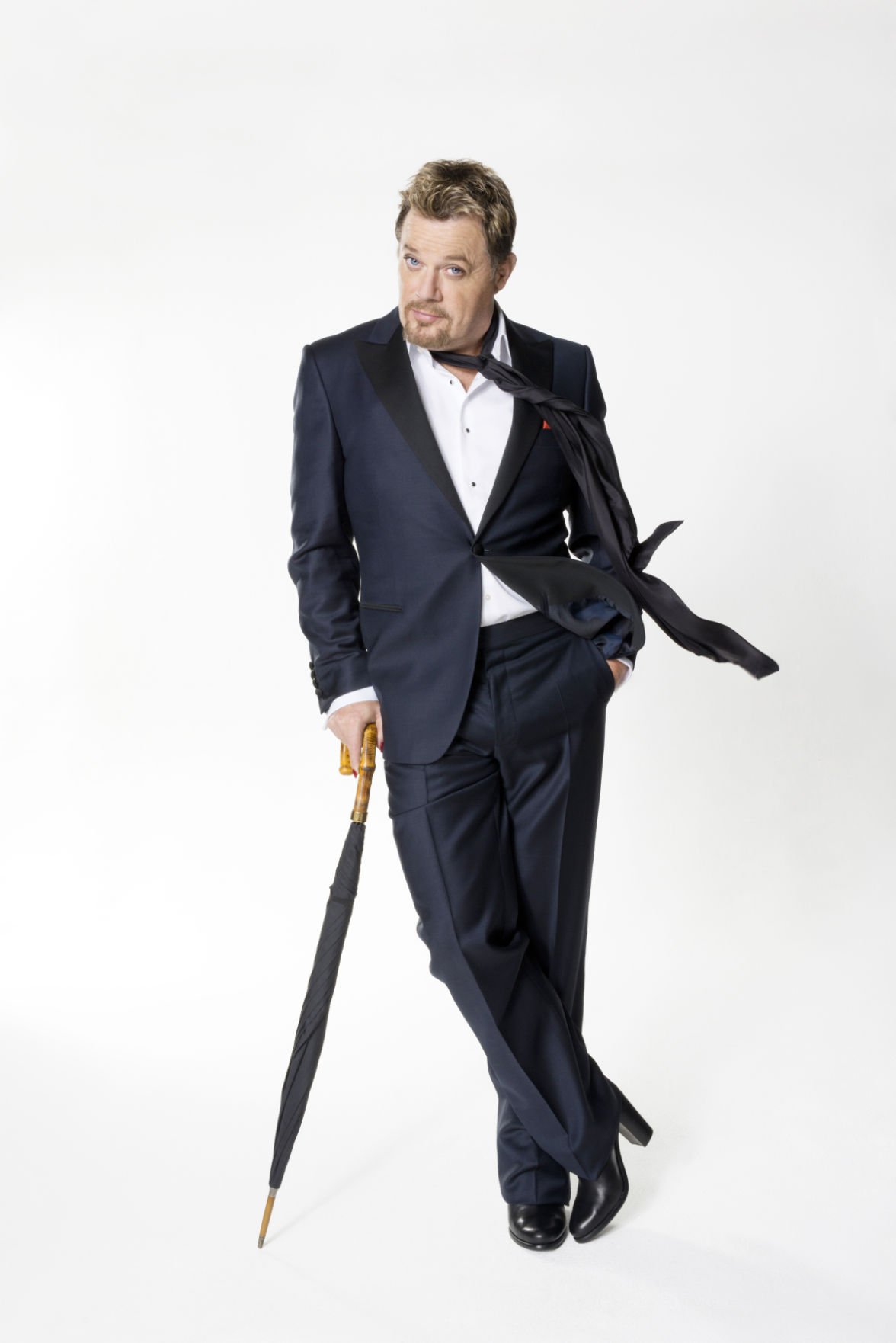 Eddie Izzard made a name for himself with his surreal takes on history and his open transvestism. 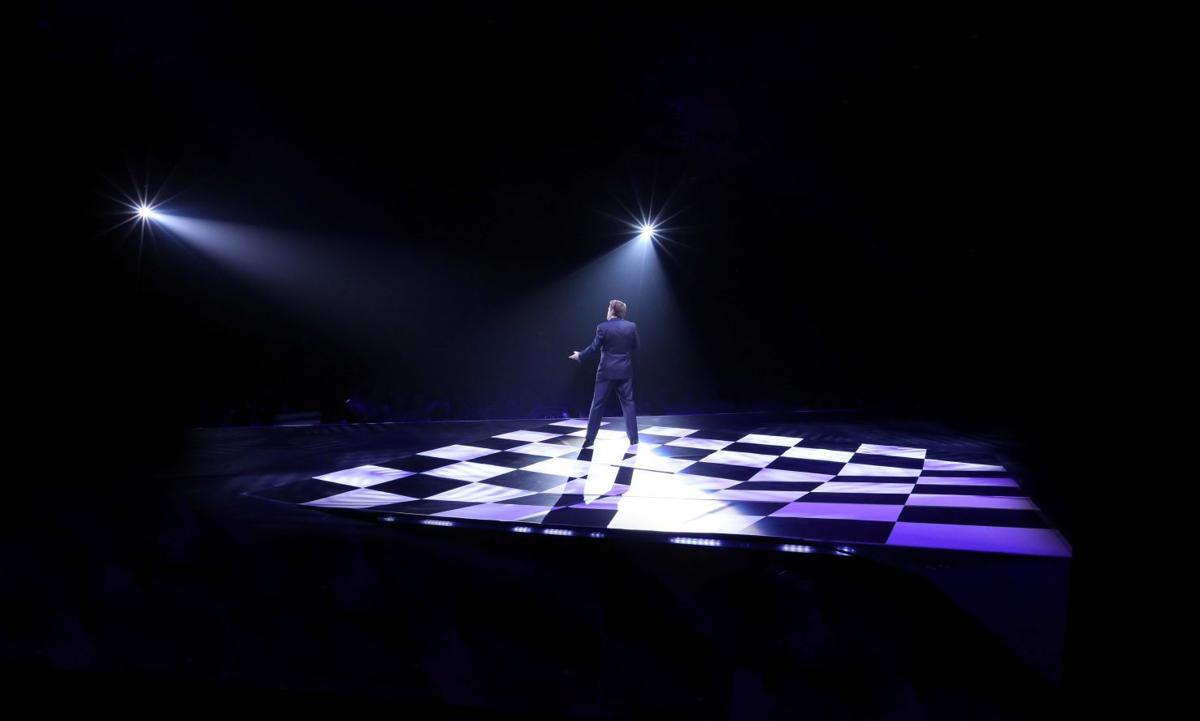 Izzard has performed "Force Majeure" in English, French and German and plans to add shows in Spanish, Russian and Arabic. 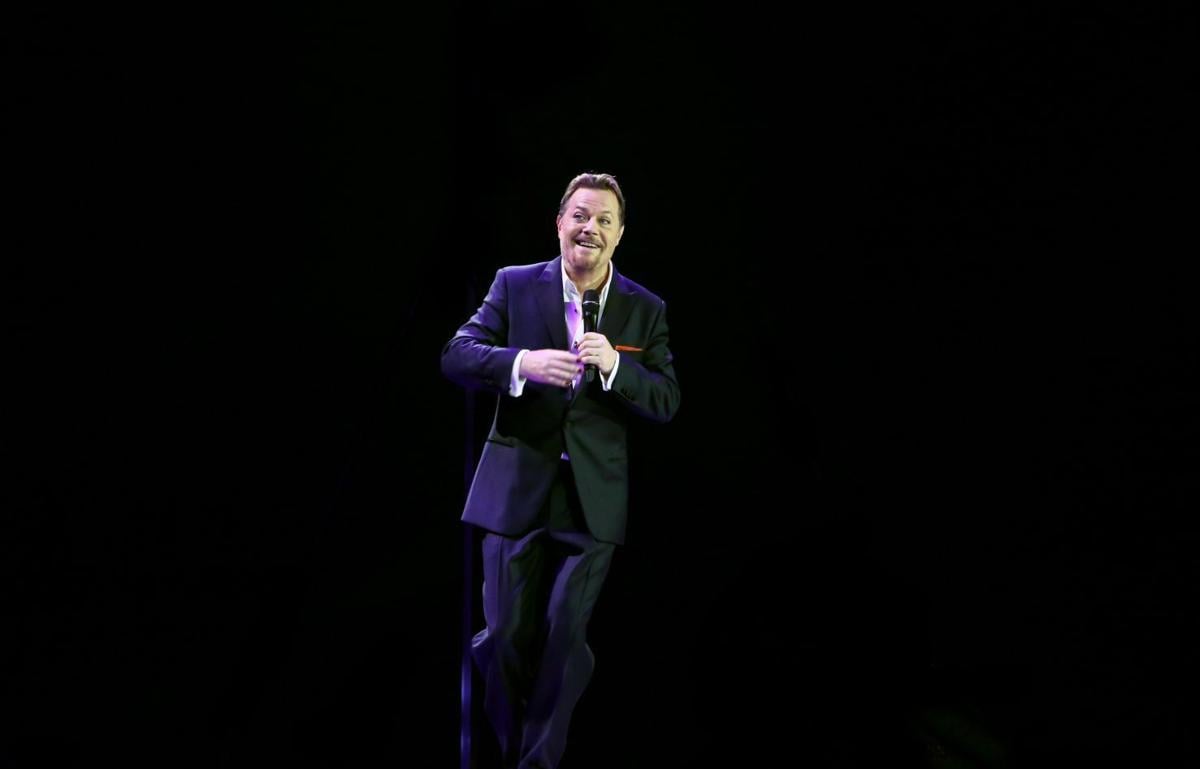 Izzard plans on taking his progressive worldview from comedy to politics in 2020.

When Eddie Izzard steps on stage in high heels and starts talking about human sacrifice, he immediately exemplifies his tour's title, "Force Majeure," or "major force."

The British comic and actor will perform at the Mount Rushmore Civic Center on May 21. It's part of the most extensive comedy tour in history, starting in March 2013 and playing in 25 countries on five continents.

Izzard, 53, selected the French phrase as his title because it fits his personality, and what he wants from others.

"To me, it means 'force of nature,'" Izzard said. "We all have to be our own forces of nature to get through this world. That's what I'm trying to be, and that's what I'm encouraging in others."

The phrase is common in other languages as well, and that's another way it fits the tour: on top of playing 25 countries, Izzard has performed the show in French and German, and will learn to perform it in Spanish, Russian and Arabic for future shows.

Izzard was already mostly fluent in French, but he worked with speakers of each language and transcribed his show, learning each line individually as if it were a line in a play before he learned the nuances of the languages. By the time he performs, he's conversational enough to carry on.

It's a daunting challenge, but Izzard says that his comic timing and rhythm translates surprisingly well.

"It's a radical way of learning a language, but you get the hang of it," Izzard said. "The biggest challenge is switching up the references, because if you have a lot of American references and do it in French, they won't know what it is.

But other references translate perfectly, as he's found in the past. One bit from his 1998 show "Dress to Kill" about Martin Luther putting his 95 Theses demonstrated to him how comedy transcends language barriers.

Izzard has always had that international streak to him. Born in Yemen, he has spent his stand-up career riffing on world history, planning humorous routines around figures like King Richard the Lionheart Cambodian dictator Pol Pot.

Izzard said his routines started as a way to carve out a niche for himself. In addition, Izzard, a self-identified transvestite, decided to perform in dresses, makeup and heels, the last of which he's using on this tour.

"There were plenty of white men in comedy as it was, and no one else was doing it," Izzard said.

Izzard has since found history through comedy a means to shine a light on a different world.

"When you do historical material and make people from then sound like they do now, it illustrates how insane the period is," Izzard said. "Whether it's people burning others at the stake or bringing a bit of silliness to the discovery of the wheel, it's a lot of fun."

Izzard made such a name for himself that he also found a successful second career as an actor, appearing in films like "Velvet Goldmine" and shows like "Hannibal" and "Powers," the first series broadcast on the PlayStation Network.

He even had a chance to work with his personal heroes, the members of Monty Python, joining them on stage for two dates of their reunion show "Monty Python Live (Mostly)" and co-starring in Python-director Terry Jones' new film "Absolutely Anything."

"It's very different, stand-up and acting, like between driving a car and flying a plane," Izzard said. "Especially in drama, the bottom line is to be truthful to the character, where in comedy it's to be funny. If you do good comedy, you can be truthful as well as make people laugh, and good drama can be funny as well as sad and poignant."

As to what Izzard gains by playing overseas in several different languages: "Cash is the first thing!"

But Izzard continues: "I gain information. I'm going into politics, so I've traveled the world and communicated with these people."

Izzard plans on going into politics in 2020, noting his interest in running for mayor of London and citing former "Saturday Night Live" performer and current U.S. Sen. Al Franken, D-Minn., as precedent.

"I've thought way outside the box," Izzard said. "I want to take that energy and bring it into politics."

For now, though, he's showing that no matter where he goes, there's someone receptive to his style and his progressive ideas.

"Every country has some form of that kind of inquiring, groovy audience that I'm looking for," Izzard said. "You might not know it because you haven't been there, but there are people like us all around."

Comedian Eddie Izzard performs on his "Force Majeure" tour, the most extensive comedy tour in history, spanning 25 countries and on 5 continents.

Eddie Izzard made a name for himself with his surreal takes on history and his open transvestism.

Izzard has performed "Force Majeure" in English, French and German and plans to add shows in Spanish, Russian and Arabic.

Izzard plans on taking his progressive worldview from comedy to politics in 2020.