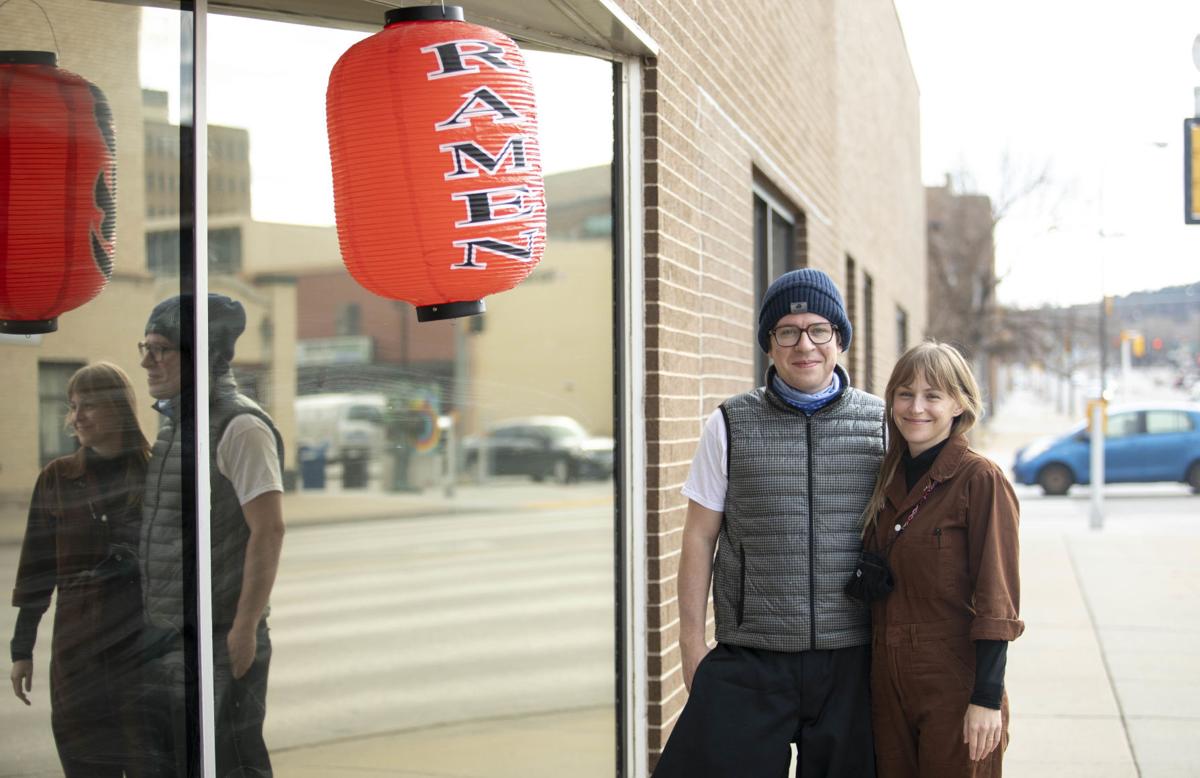 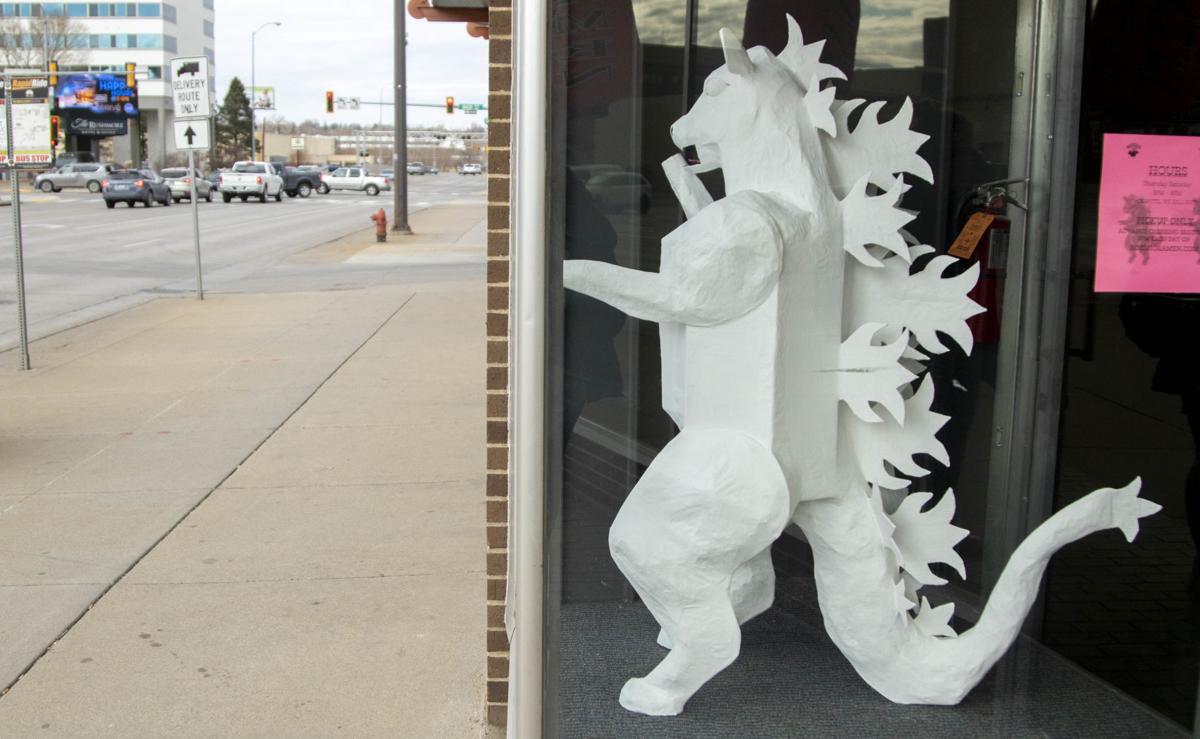 A "Cowju" or "Cowzilla" statue stands in a window at Bokujo Ramen. 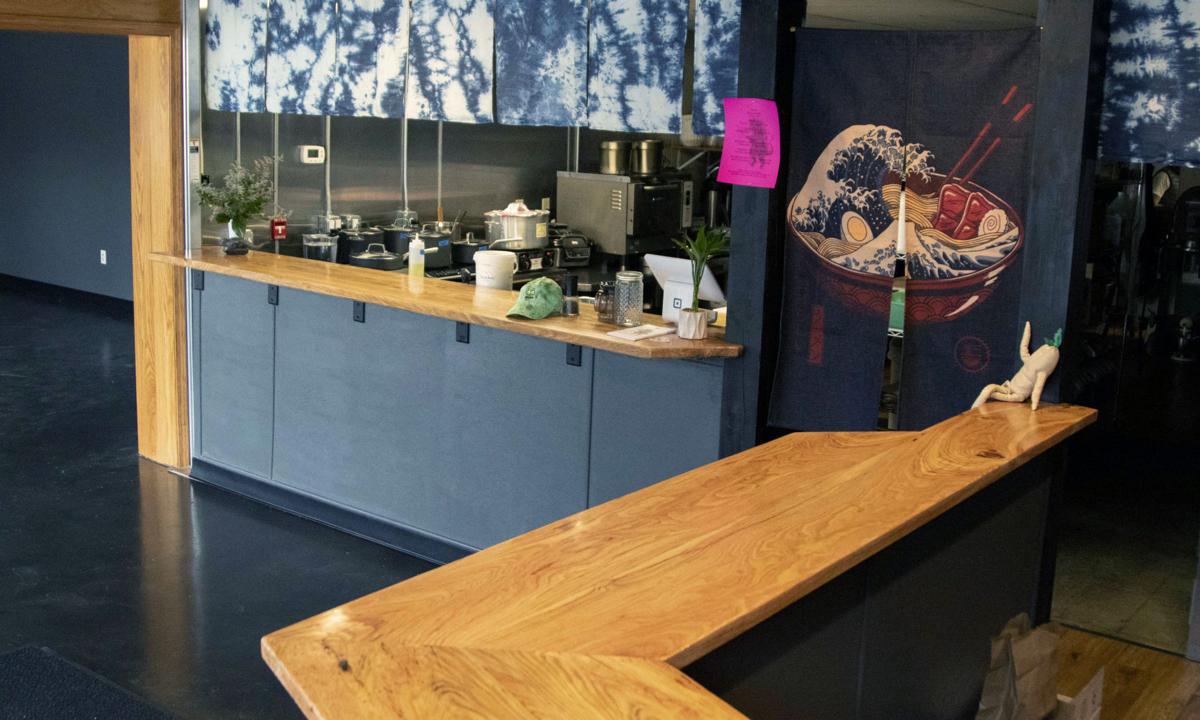 Light pours through the entryway at Bokujo Ramen in Rapid City. 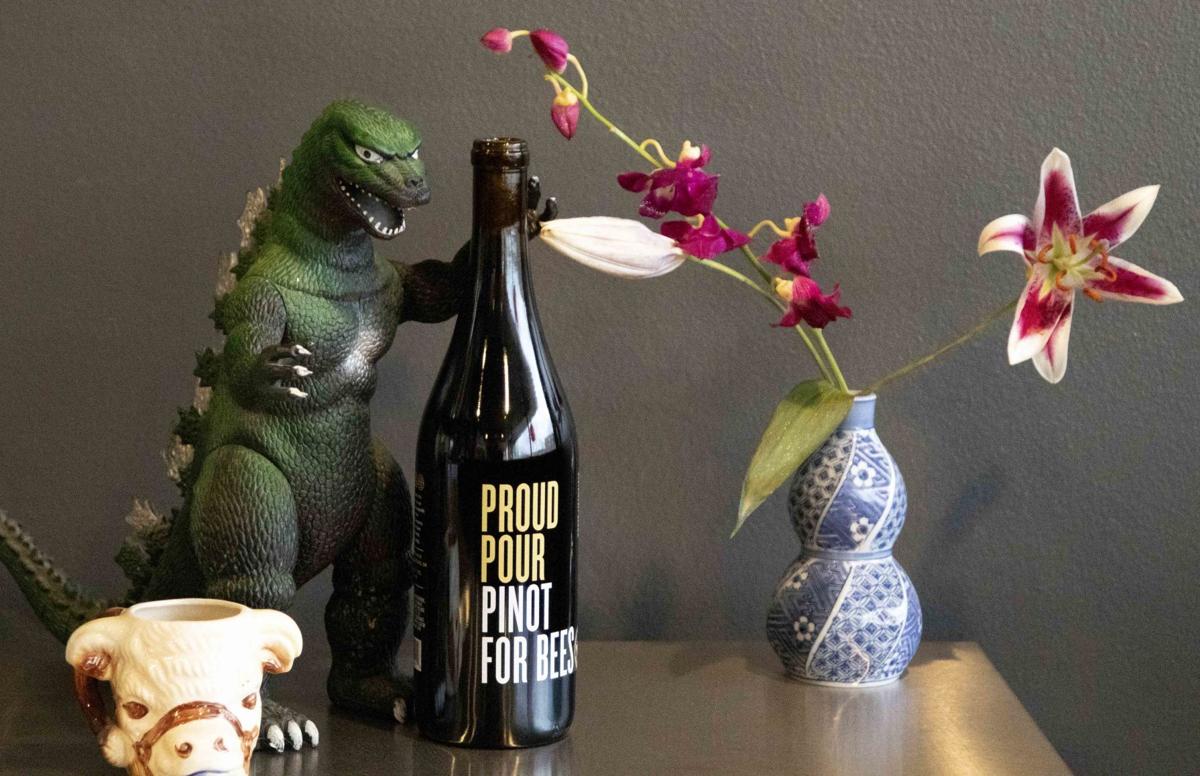 A "Godzilla" miniature sits with other Japanese-inspired decor at Bokujo Ramen in Rapid City. 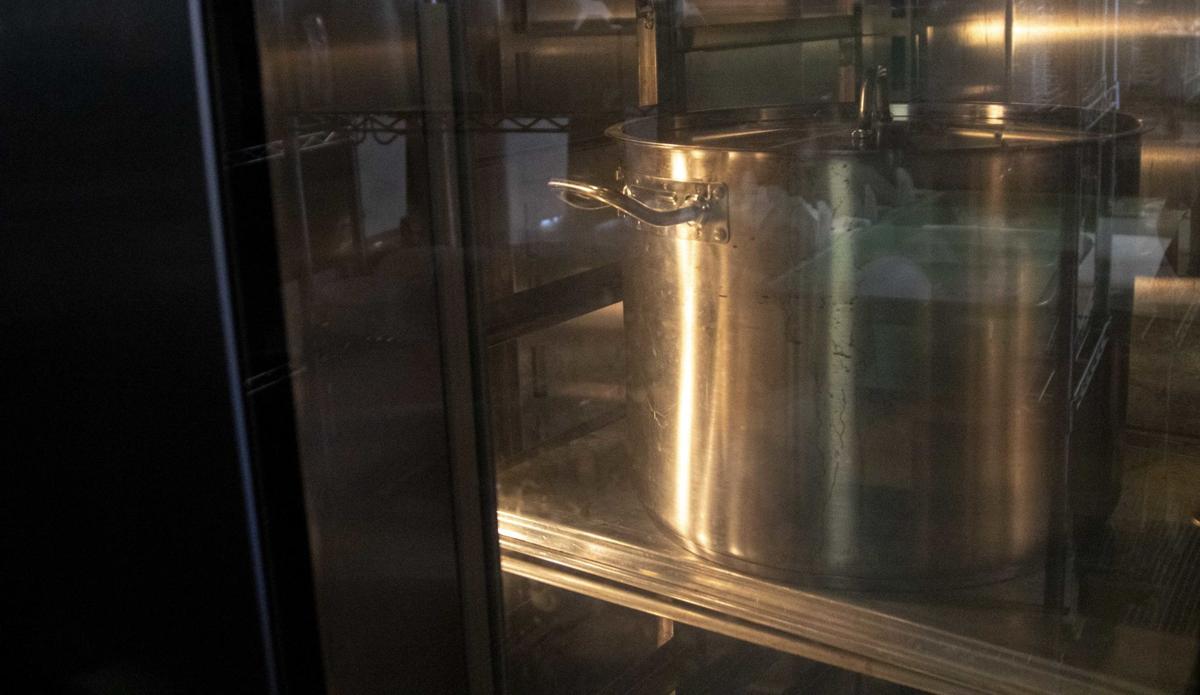 Bokujo Ramen owners Justin Warner and Brooke Sweeten said the response has been “delightfully overwhelming” since their restaurant opened March 4.

The restaurant at 518 Mount Rushmore Road is open Thursday through Saturday. Online-only ordering starts at 5 p.m. until the food is sold out, which can happen in as little as 15 minutes, Warner said. The website, bokujoramen.com, tells customers what time their order will be ready and updates when Bokujo Ramen is sold out for the night.

“We’ve got it timed to where if you show up on time, I’ll probably be finishing your order right then and there,” Warner said.

Bokujo is a Japanese word meaning “pasture,” a nod to the restaurant’s focus on serving ramen made with the freshest ingredients possible. Warner and Sweeten use local foods from producers that include Wall Meats, Black Hills Mushrooms, Lakeview Colony Chickens, Lost Cabin Brewery and South Dakota-raised beef.

Ramen starts with a unique slow-cooked broth Warner developed to make the best use of equipment already in the restaurant. Bokujo Ramen’s cozy downtown location was the former Black Hills Works’ BakeWorks bakery.

“It’s a great space for a bakery but baking and ramen don’t have a whole lot in common, so we had to get very creative in order to make the space work. Traditionally, ramen broth is cooked in pots. We have big powerful ovens so I took this gamble we’d be able to get (the right) results by baking the broth. I googled to figure out if there was anyone else who had done this and sure enough it works,” Warner said. “As far as I know, we’re maybe the world’s first baking broth ramen shop. … Our ramen broth takes about 48 hours to make.”

Warner believes Bokujo Ramen opened at a time when people are hungry for more than quick convenience food.

“You’re seeing the pendulum swing to people appreciating things that take time and a good deal of craft. As far as I can tell, people are really picking up on that. Some people have said, ‘After we had (Bokujo Ramen) for lunch, we were thinking about it again for dinner,’” Warner said.

Warner also has written three cookbooks and wants to launch a line of cutlery, all of which he hopes will be available in the future at Bokujo Ramen.

Opening Bokujo Ramen in Rapid City where Sweeten grew up combines Warner and Sweeten’s love of Japanese food and a desire to create a better work-life balance for themselves.

Warner, who grew up in Maryland, said he began cooking by accident. He started as a waiter in Japanese restaurants in Colorado, where he also met Sweeten. He moved to New York City and began working for Modern, the restaurant in the Museum of Modern Art. As a waiter there, a thorough knowledge of food and food preparation was vital. Warner later opened his own restaurant in New York City, cooking the “nine or 10 things I knew how to make” and attracting the attention of the New York Times. When Warner was offered an opportunity to compete on Food Network’s “24 Hour Restaurant Battle,” he took it.

“I said, ‘I’ll cook. How hard could it be?’” Warner chuckled. He won, and later won season eight of “Food Network Star.” He has been a Food Network personality ever since. He’s hosted and been featured in various Food Network programs and can currently be seen as an on-the-floor reporter on Tournament of Champions.

On Marvel.com, foodies can find Warner on “Eat the Universe,” where he creates food inspired by Marvel characters.

“For a nerd, there is no better job,” Justin said, laughing. “Ultimately, the mentality when you’re preparing your food is evident. If you go into it with happiness and good intentions … the food tastes better. Marvel is full of zany characters, and I like to use zany ingredients.”

Like Warner, Sweeten was a waiter at Modern, and she also worked in Warner’s restaurant. Her self-described addiction to ramen took hold when she spent four years working at Chuko, a ramen shop in Brooklyn.

In 2018, Warner and Sweeten were burned out from running a restaurant in New York City and were looking for a change in lifestyle. While visiting Sweeten’s parents, the couple began researching the possibility of buying and living in an RV, which they did until buying a house in Rapid City in 2019.

“I got addicted to eating ramen anywhere so when we moved back here and there wasn’t a ramen shop, we realized we had to do something about it,” Brooke said.

“We love being here,” Warner said.

The Beanery is back: Longtime eatery returns to downtown Rapid City

The Beanery is back in downtown Rapid City.

Also, more money tips from experts at NerdWallet, Forbes and the Motley-Fool.

Should I Use My Home Equity to Buy Stocks?

This and other personal finance questions are answered.

Want to Avoid Paying Taxes on Social Security? Here's How

You may not have to give the IRS or your state a cut of your benefits.

International Stocks: How To Invest Globally

Owning international stocks—the shares of companies located outside your home country—can help diversify your portfolios, hedge against risk and tap into growth in economies beyond your own. Here’s what you need to know to start adding stamps to your investing passport. Why Should You Buy International Stocks? You probably already know how important diversification is […]

Carrie Gerlach is traveling to Zion National Park this week to map out an adventure for women only.

Rapid City’s Building Services Division issued 382 building permits in March with a valuation total of $21,393,668, a news release from the ci…

When Black Hills Bagels owners Debra and Jack Jensen have job openings, Black Hills Works is one of their go-to resources for finding reliable…

A "Cowju" or "Cowzilla" statue stands in a window at Bokujo Ramen.

Light pours through the entryway at Bokujo Ramen in Rapid City.

A "Godzilla" miniature sits with other Japanese-inspired decor at Bokujo Ramen in Rapid City.