Wall is missing a road easement and a portion of county land to move forward with its industrial park and housing expansion plans.

“When you think about Wall, you probably think donuts and free ice water, and that’s been true since 1931,” Williams said. “That’s true, we definitely have a strong tourist industry, but since 1907, many people came to the Wall community, too.”

The city hopes to establish an industrial park about a half-mile north of its airport by Interstate-90. The road easement is currently on private land and would go from the industrial park to wastewater on Creighton Road. Williams said they’re also waiting on a Phase One assessment.

Huether said both developments are part of a slow-sustained growth and a diversifying of the economy. 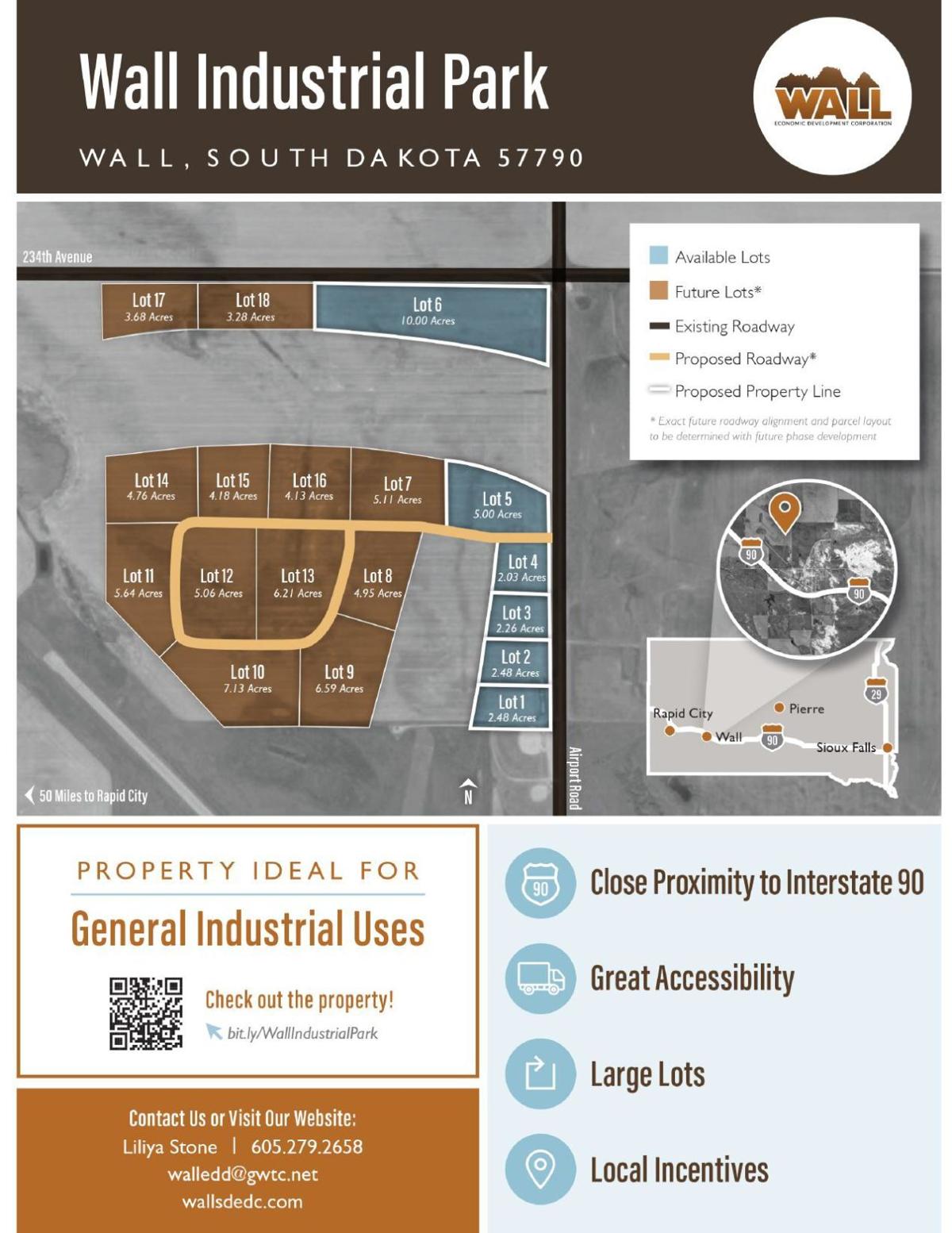 He said Wall, which now has around 800 residents, hasn’t seen a lot of growth but wants to prepare an area for people to come.

Williams said the city is looking for businesses with five to ten employees for the park.

The Wall City Council designated 98 acres to the park in February 2020 and established a 0% discretionary formula for five years for new industrial structures in October 2020. The formula would allow companies developing an industrial structure that has a value of $30,000 or more to pay 0% of the pre-adjustment value for the first five tax years following construction.

The cost estimate for Phase One, the asphalt roadway and sanitary sewer, for the industrial park is $1,015,339.

Huether said the city is trying to be creative in its funding for the park. Commissioner Deb Hadcock suggested a letter from the board to the state economic development organization to advocate for funding to move the plan forward.

Huether said the city is currently in a study to expand its airport’s runway by 1,000 feet. He said that study aids the environmental study, so the flight zone won’t impact the industrial park.

Wall is also working on a housing project to grow the community and prepare for the business expansion.

Huether said the current development in the works is a little south of Wall by the rodeo grounds in the Echo Valley subdivision. The total construction cost is $1,692,345.75.

He said there are 39-40 lots in the area, but are currently in a standstill. Huether said the biggest issue is there’s no infrastructure necessary for growth. He said they’ve been working with the developer. 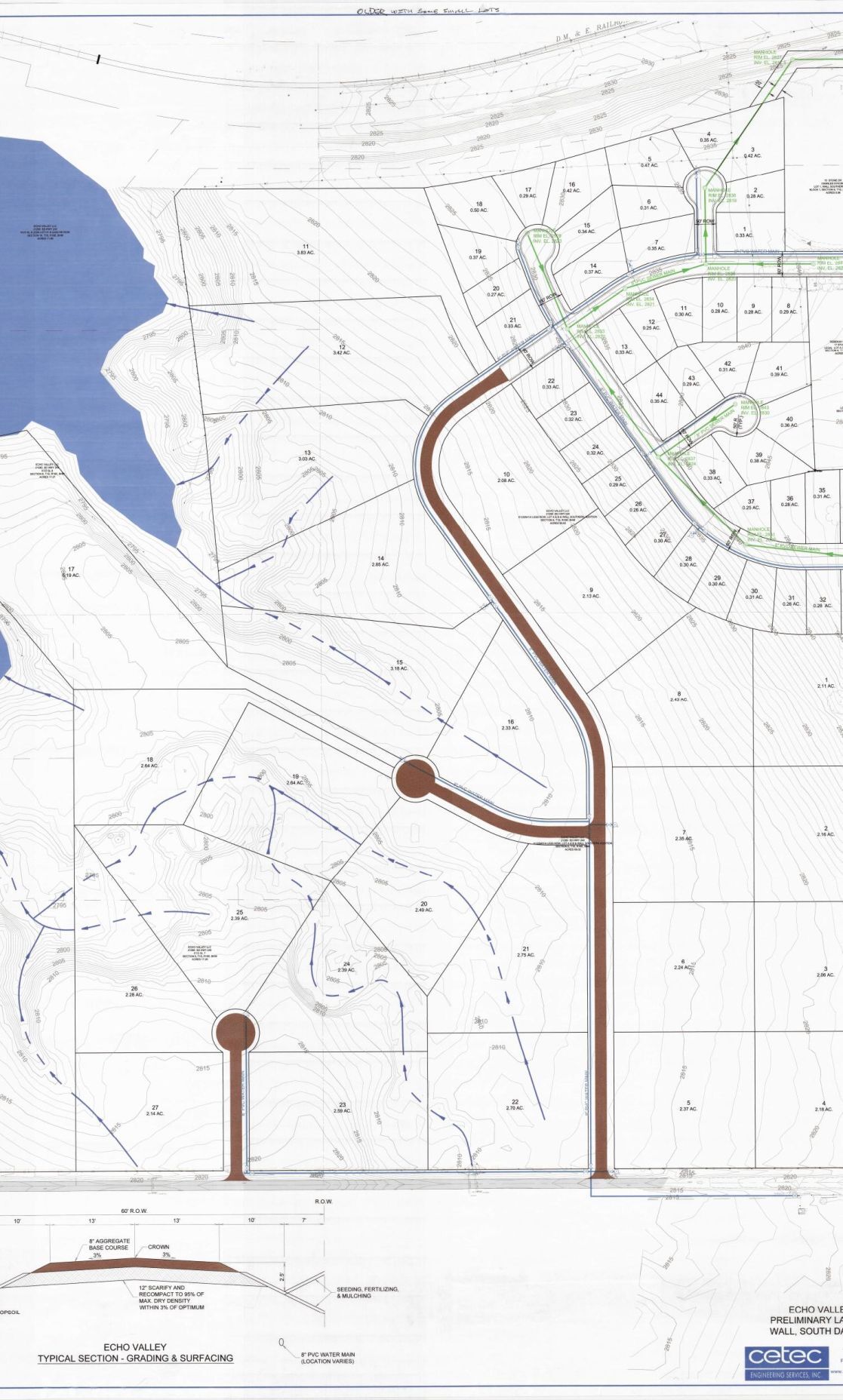 He said the city would also use its enterprise funds to help develop infrastructure in the area.

“That’s where the conundrum is,” Huether said.

He said if they allocate money toward the housing development, there’s not enough funding to do both that and the industrial park project.

“In my mind, the industrial park is extremely important,” but the city needs housing for employees and business owners to have a place to live.

Commissioner Gary Drewes said the commission will look at the information and may reach out to the city about the project before making any decision.

During the meeting, the board also approved a resolution supporting organizations helping the homeless population and encouraging giving to local charities.

The resolution is related to Main Street Square's Giving Meters program, which would be available for passersby to donate money to organizations helping the homeless population, and to educate the public on panhandling.