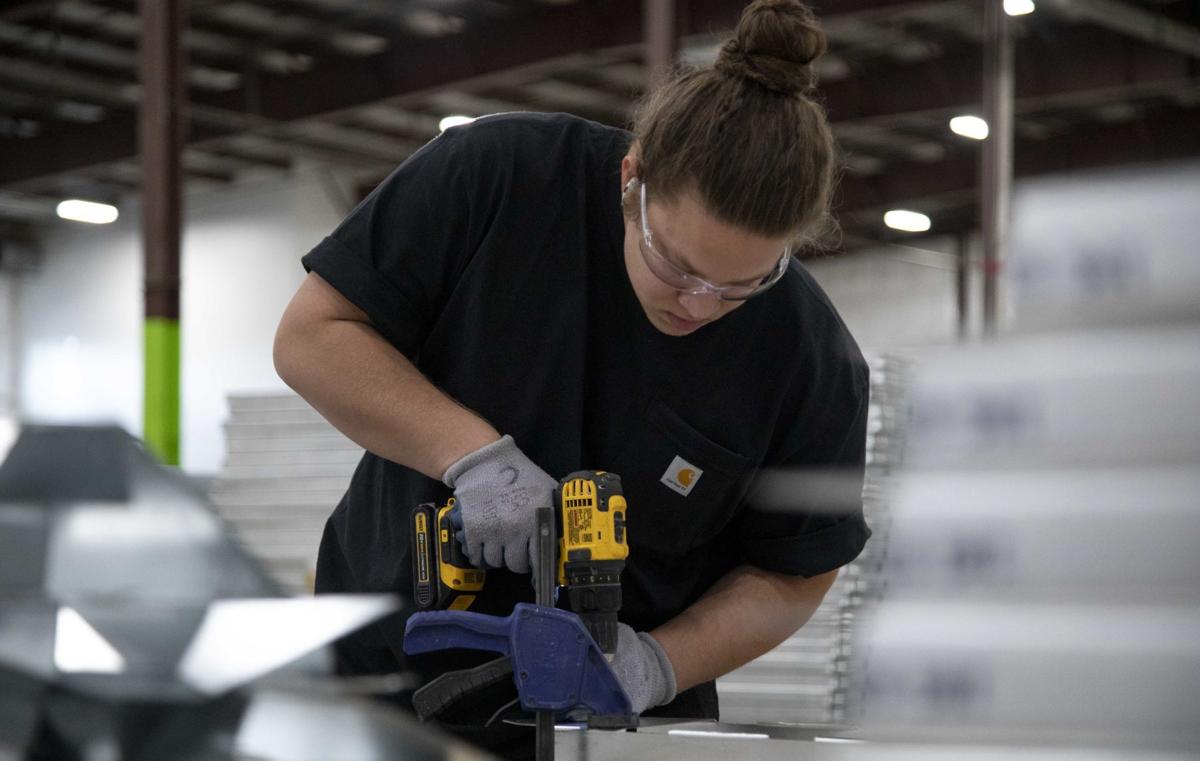 Christian Burmeister works on a bathroom pod at B&T Manufacturing in Rapid City. General Manager Tim Torpey said his company's business has grown by 400% compared to last year, but needs more workers to keep up with the demand for their products. 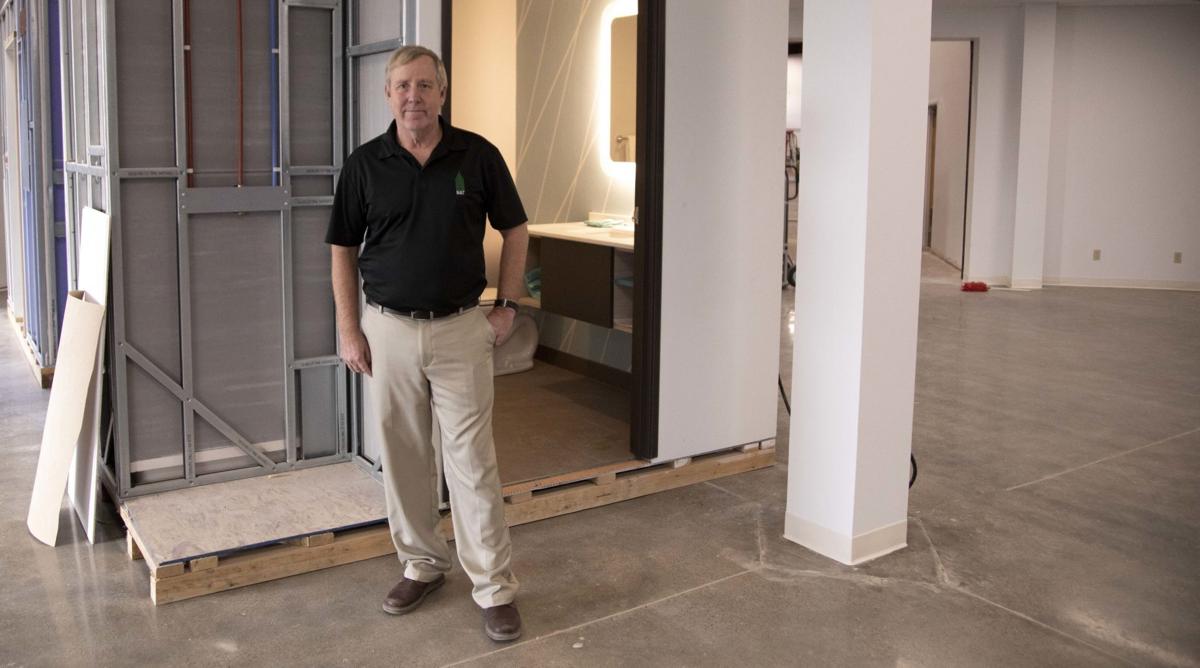 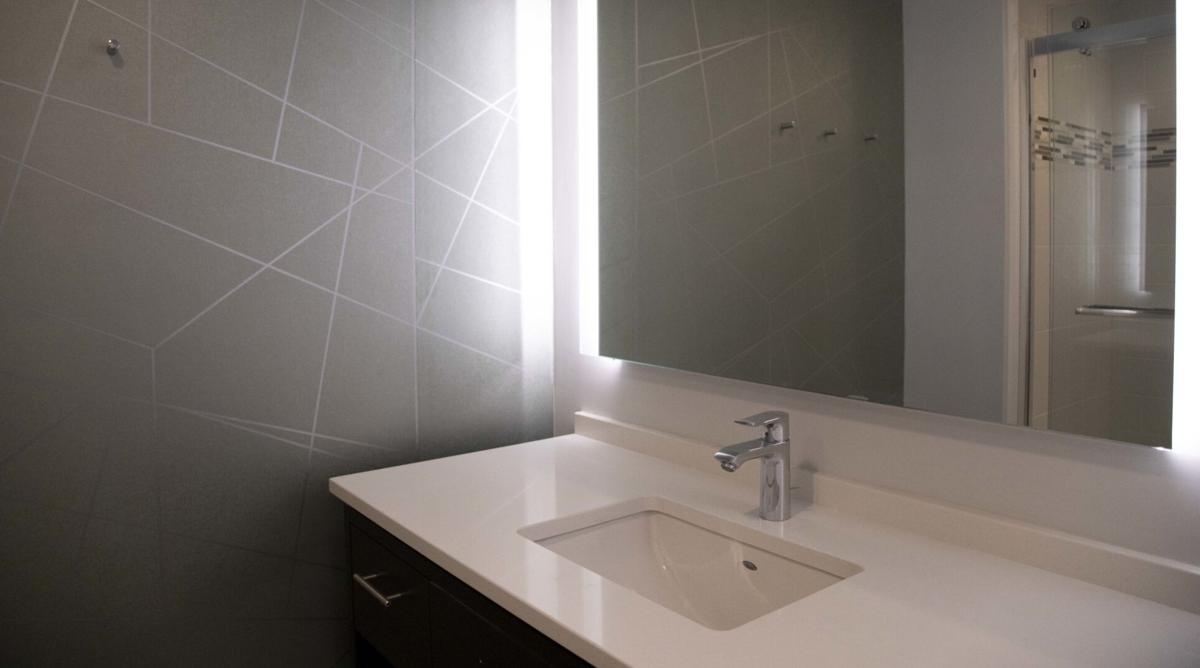 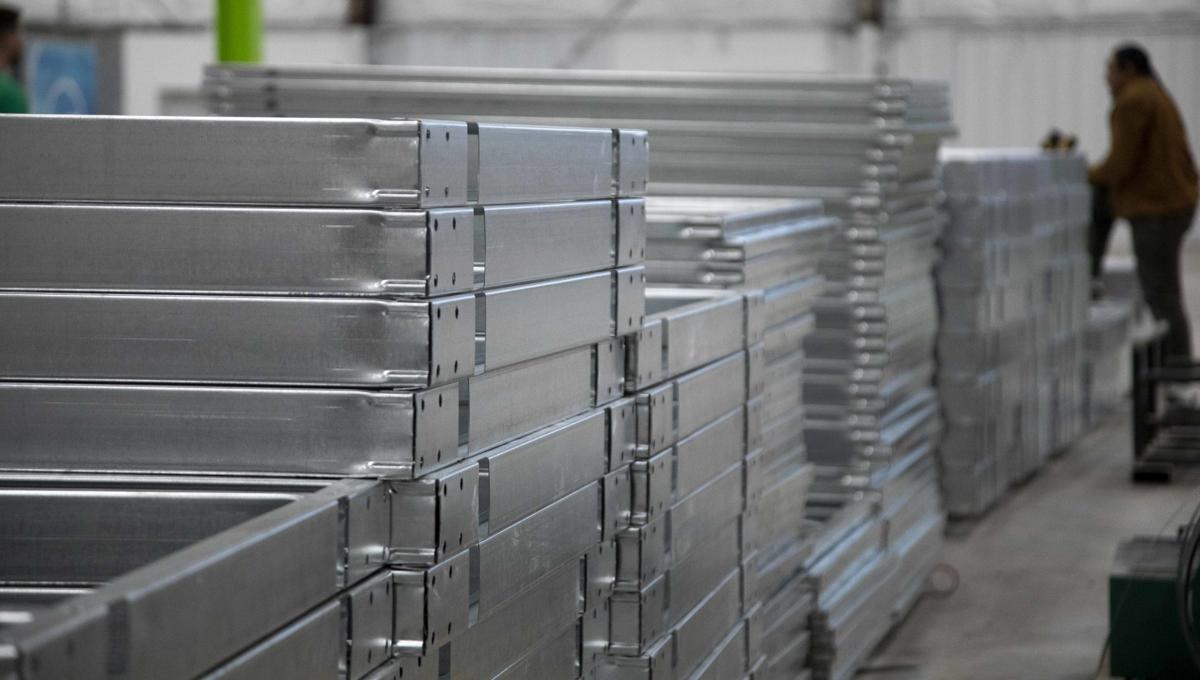 Stacks of wall segments sit ready to be assembled into bathroom pods at B&T Manufacturing in Rapid City. 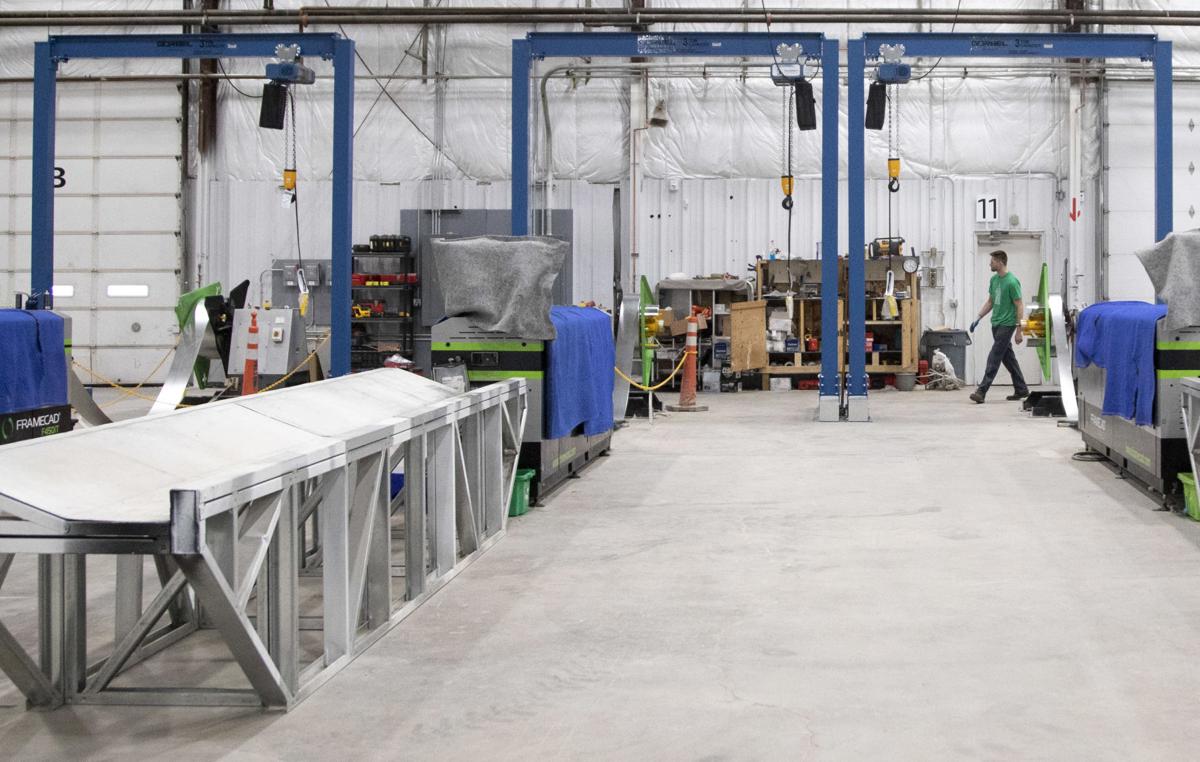 The general manager of B&T Manufacturing says he is looking for 10 to 15 new employees and expects to need at least 20 more in the next several months.

“I really need a workforce,” Torpey said. “Our biggest need is employees, and we’re willing to train. They don’t necessarily have to have all the experience in the world.”

The bathroom and kitchen pod manufacturing company recently moved into the building formerly on the Western Dakota Tech campus from Black Hawk. It went operational in November 2020.

The Black Hawk facility had 30,000 square feet but wasn't meeting the company's demand for its pods. They moved there in July 2016 from an 8,000-square-foot facility in Rapid City, which was used for research and development.

The bathroom pods are a complete bathroom, minus toilet, that’s outfitted for plumbing and electrics. Once the pods arrived at a building site, they can be placed in a hotel or housing unit and are ready to go. All the pods, including kitchen pods and greenhouses, are manufactured in Rapid City. He said when the business becomes fully functional, it will manufacture a minimum of seven pods a week.

Torpey said the job market is tight in Rapid City, but thinks the company offers unique opportunities like working indoors in a climate controlled environment and the chance to learn new skills.

“There’s a lot of work in the area right now, so finding qualified workers with the unemployment rate is a little difficult right now,” he said. “It’s just things are booming around the area.”

“Workers probably don’t exist readily in manufacturing as much as the manual labor hub,” he said. “However, we do know that Rapid City has some things in its favor.”

Johnson said the area is growing at least 1% per year and new residents are coming due to the Ellsworth Air Force Base B-21 Raider expansion. He said there’s also about a 70/30% split between retirees and working age residents.

“The challenge is do we have enough of those working age folks to get some of the jobs coming here or do we have the ability to bring in retired people back into the workforce as well,” he said.

Johnson said that’s a two-pronged approach, but it could come down to wages.

He said Rapid City has a lower labor force participation compared to the national number, and part of that is because of the number of retirees, a group his organization is encouraging to return to the workforce.

“We have to take advantage of what we’ve got,” Johnson said. “A lot of folks retire and are interested in doing something productive. We need to find those folks and encourage them to be part of the workforce.”

Torpey said his company is bidding on large projects in San Jose, California, while working on 55 bathrooms and 55 kitchens for a project in Los Angeles, multi-family developments in New York and San Francisco, and a hospital project in Helena, Montana.

They also have a manufacturing agreement with Lendlease — a construction firm based in New York City with offices in Boston, Chicago, Los Angeles, Nashville, San Francisco, Europe, Asia and Australia — to construct bathroom pods.

B&T Manufacturing now has three part-time employees with nine more on the floor and nine in offices to draw models and work with clients.

Torpey began the business in 2015 after retiring as a lieutenant colonel from Ellsworth Air Force Base with a partner who’s no longer with the company. They started in the 8,000-square-foot facility in Rapid City by designing bathrooms.

Torpey said they'll be offering $16 an hour for entry-level positions. He said they're working on a benefits package now along with a ribbon-cutting date to officially open the new facility. The company has a veterans' preference hiring policy.

Rapid City’s Building Services Division issued 382 building permits in March with a valuation total of $21,393,668, a news release from the ci…

Christian Burmeister works on a bathroom pod at B&T Manufacturing in Rapid City. General Manager Tim Torpey said his company's business has grown by 400% compared to last year, but needs more workers to keep up with the demand for their products.

Stacks of wall segments sit ready to be assembled into bathroom pods at B&T Manufacturing in Rapid City.