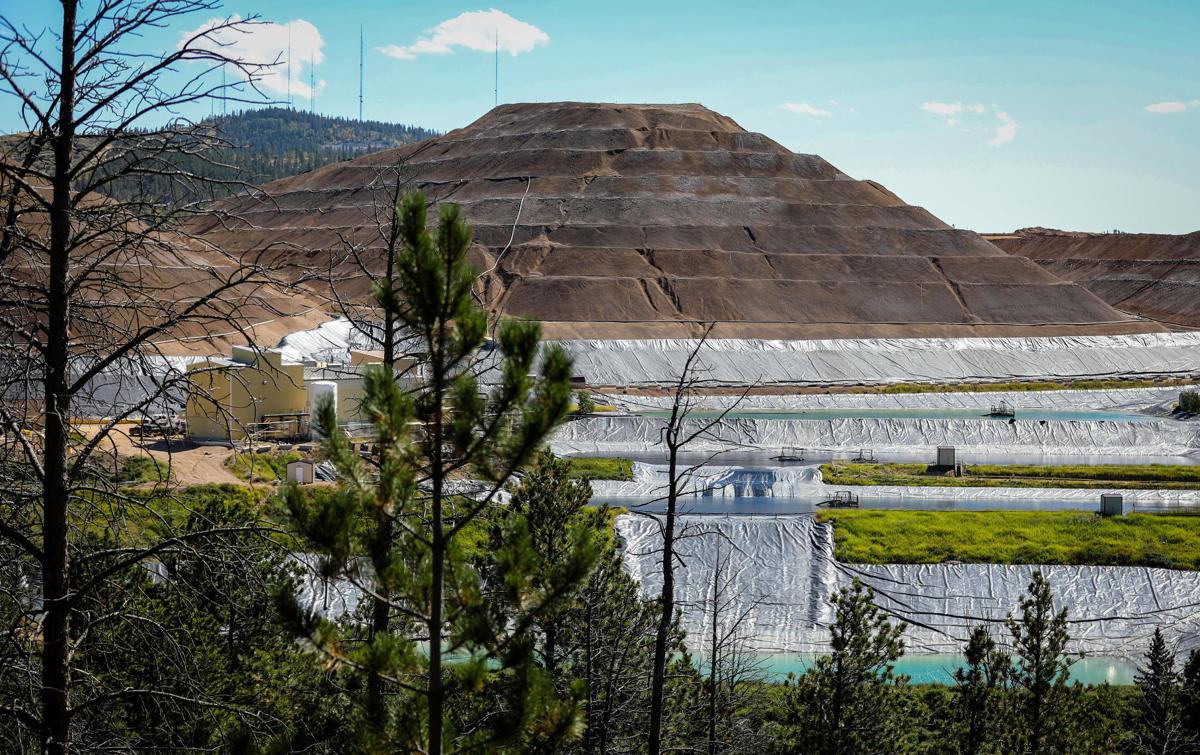 Piles of crushed ore at the Wharf Mine near Lead, where cyanide is applied to the piles to leach gold away from the crushed ore. 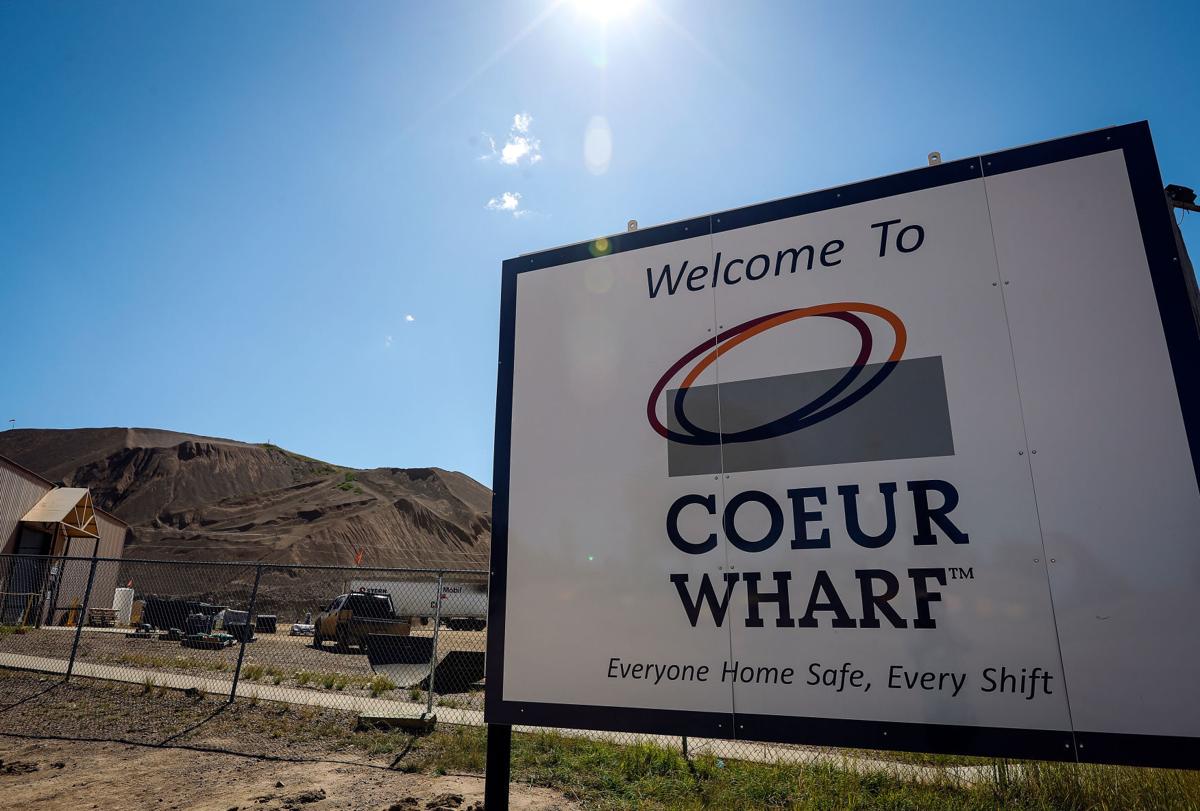 The Wharf Mine entrance near Lead.

LEAD | The owner of the only large-scale, active gold mine in the Black Hills is planning to drill an additional 200 holes in search of more gold and silver around the southern edge of its existing mine near the Lost Camp development and Terry Peak Ski Area.

Coeur Wharf submitted a Notice of Intent to Conduct Mineral Exploration to the Department of Environment and Natural Resources on Dec. 15 indicating that the company plans to conduct exploration activities along the Portland Ridgeline, bordering the Lost Camp area. The holes will be up to 2,000 feet in depth with up to 200 drill pads used.

Wharf said it plans to use two existing notices of intent to drill in the same area. The third notice filed in December would increase the number of holes drilled and decrease hole spacing. The new drill pads would be approximately 20 feet by 40 feet in size.

Mining trails, estimated to be 16 feet wide, would be used with 7,500 feet of new trails built and up to 14,000 feet of existing trails being used. Wharf said the gold and silver exploration is expected to begin April 1.

By state law, the DENR can place restrictions on exploratory drilling but cannot reject exploratory drilling unless the operator is in violation of the state’s mineral exploration laws. Wharf is in good standing with the laws, but the DENR issued a letter on Dec. 29 to the company requesting more information on a reclamation timetable, what seed mix would be used, and a more detailed map of the area.

Wharf complied with the request and provided the more detailed map to the DENR on Jan. 19. However, the public is unable to view the detailed map.

State law bars the release of maps and other information submitted with the application that show test hole locations and landowner agreements. The South Dakota law considers the information to be confidential. 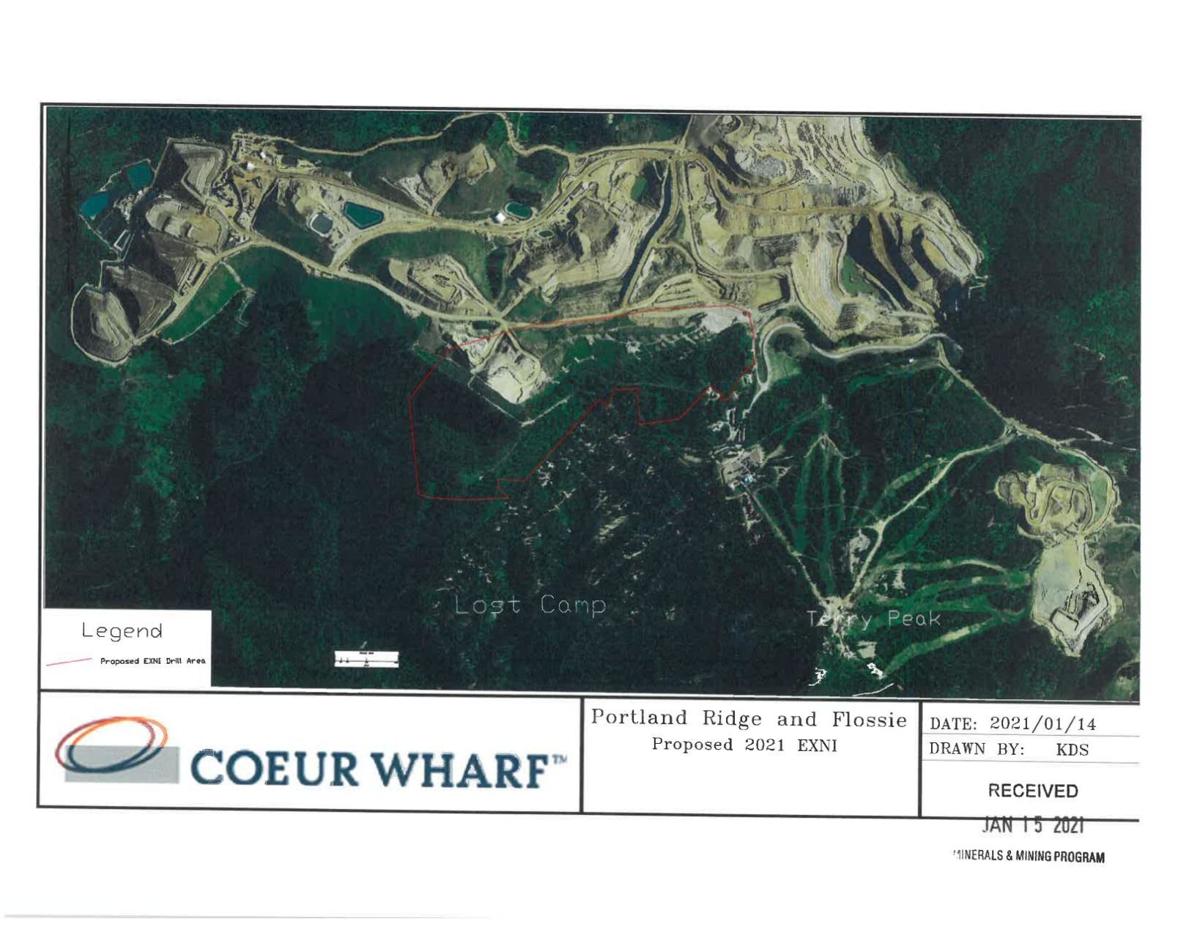 Wharf Resources, which is owned by the Chicago-based Coeur Mining company, produced 84,172 ounces of gold and 63,483 ounces of silver in 2019 at the mine. Coeur’s annual report to investors for 2019 said combined sales of gold and silver for Wharf Mine were $121.4 million. The 2020 report will be released Feb. 19.

The heap-leach extraction method is used at the Wharf Mine. Mined ore is crushed, piled on giant pads and treated with a cyanide solution to leach out the precious metals. In 2019, 4.61 million tons of ore were placed and leached using cyanide. The cyanide and water used at the site is retained in a closed-loop system.

As part of its most recent notice of intent, Wharf said it will use a backhoe, loader, and/or bulldozer to conduct the earthwork for reclamation of the new exploration area. After the sloping and topsoiling is complete, Wharf will seed the affected land.

Reclamation of the new drilling area will occur during the fall after the exploratory drilling has concluded, Wharf said. All drilling and plugging of the exploration holes will be conducted by a certified drilling contractor and will adhere to South Dakota laws and regulations, the company said.

PHILIP | With the stroke of a pen, President Joe Biden made sweeping changes via executive orders on his first day in office, one being the re…

Piles of crushed ore at the Wharf Mine near Lead, where cyanide is applied to the piles to leach gold away from the crushed ore.

The Wharf Mine entrance near Lead.