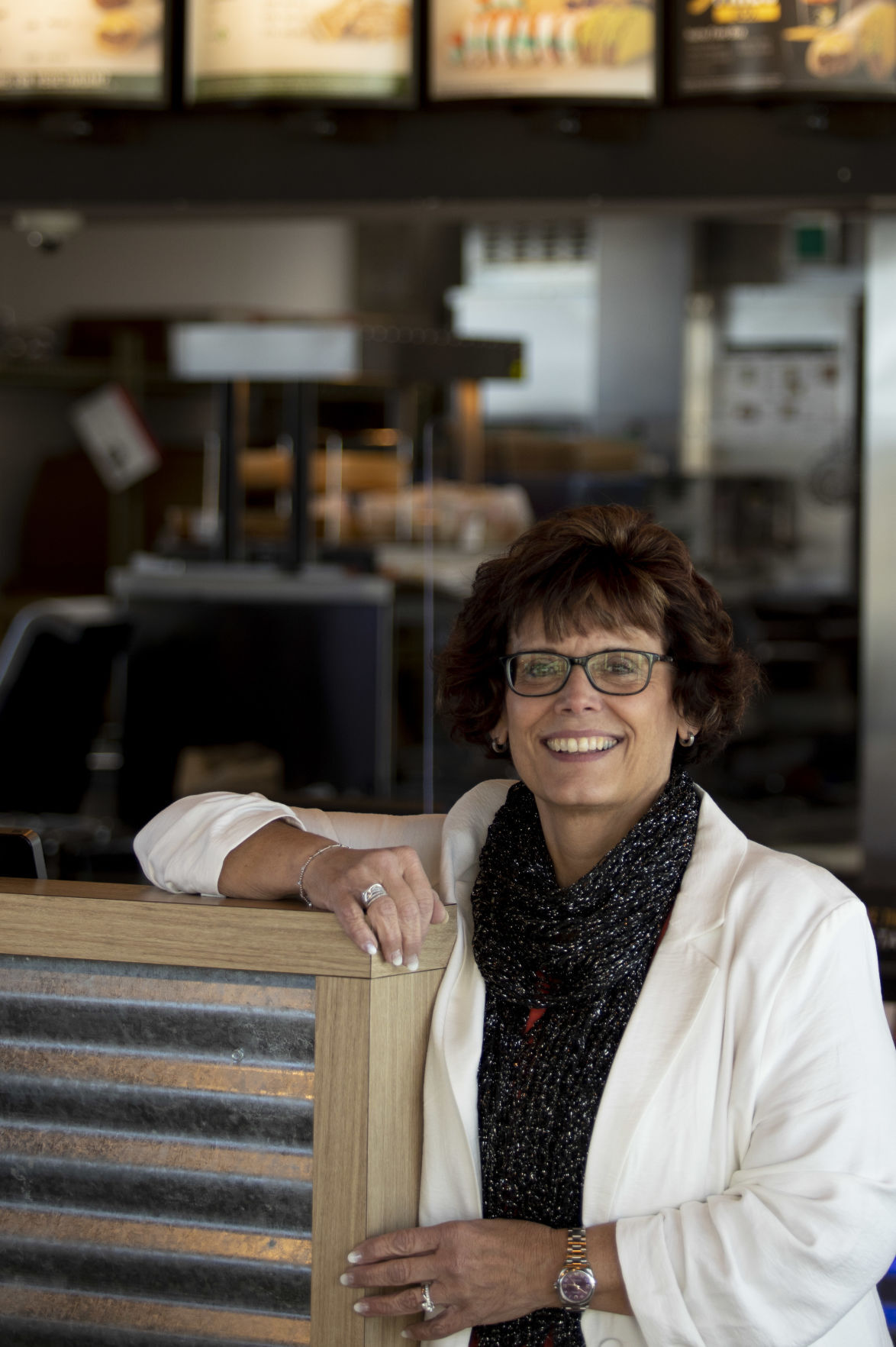 Pam Hare, a region coach for Border Foods, stands in Taco Bell on Stumer Road on Monday in Rapid City. 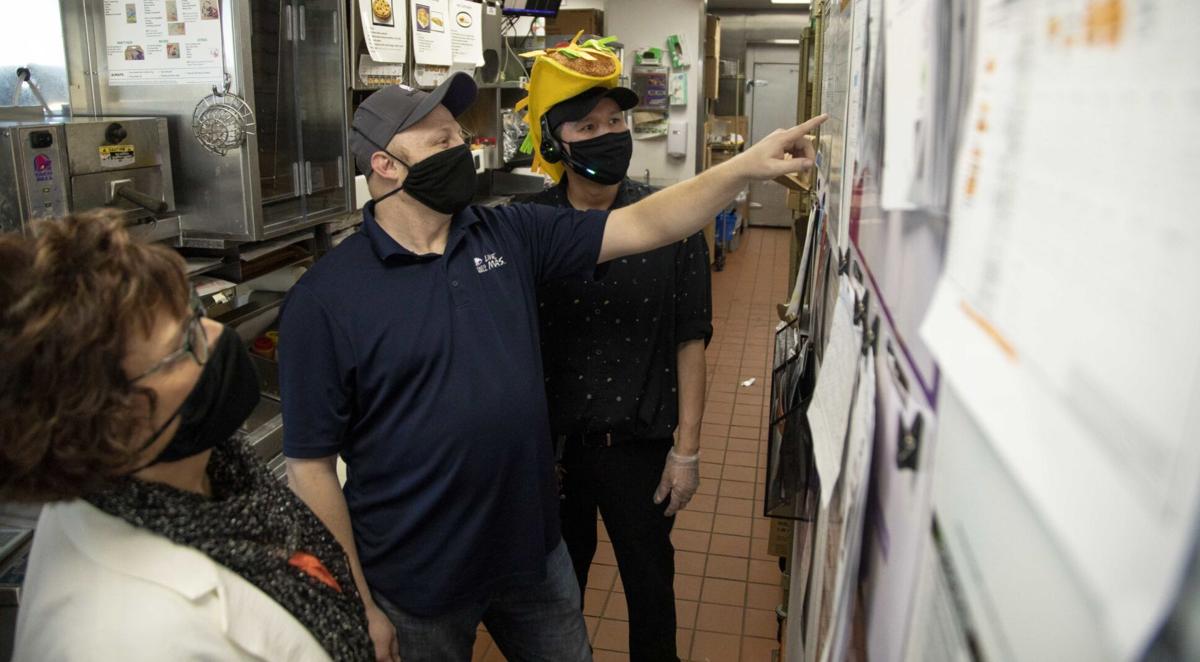 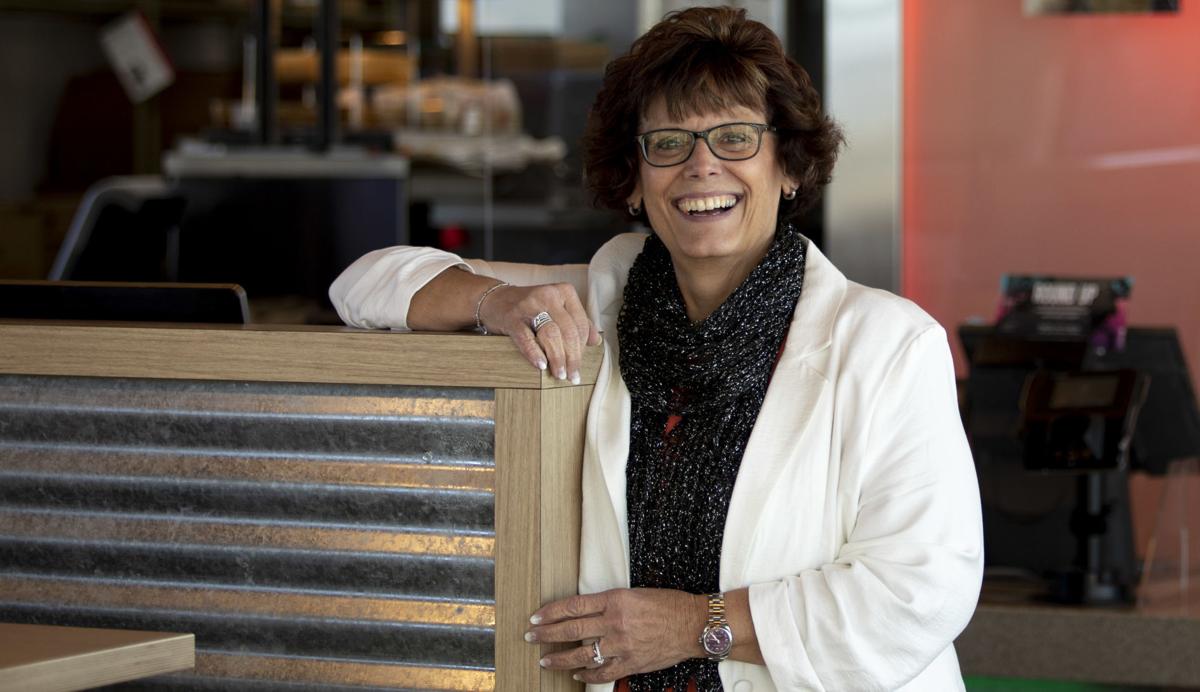 Pam Hare, a region coach for Border Foods, stands in Taco Bell on Stumer Road on Monday in Rapid City. She celebrated her 40th anniversary working for Taco Bell on Feb. 10, 2021.

Pam Hare never dreamed she’d become one of the rare recipients of a Golden Taco.

The Rapid City woman received the award on Feb. 10 in honor of her 40-year career with Taco Bell and its parent company, Border Foods.

Hare started as a shift leader at the Taco Bell on East North Street in Rapid City and now is an award-winning Region Coach for Border Foods. She oversees 29 Taco Bell locations in North Dakota, Wyoming and South Dakota — including the restaurant where her career started.

“My husband will tell you I’m the only person he knows that gets up in the morning and wants to go to work,” Hare said. “I do not have any plans to retire. I am going to stay as active as my body and mind will let me. I love what I do."

Growing up in Mobridge, Hare had never heard of Taco Bell. She’d started her fast-food career in high school at her brother’s business, Harley’s Drive-In. She worked there until she married at 21 and moved to Rapid City.

"I wanted to do something besides food but nobody would hire me because all I had was food experience,” Hare said. “I took the (Taco Bell) position and really liked what I did.”

Six weeks after being hired at the East North restaurant, her boss promoted her to general manager of the westside Taco Bell.

“Obviously I was nervous,” she said. “I went in headfirst and I love people … and I love helping people be successful.”

“They pulled me out of the restaurant and made me an area coach managing four restaurants, and we had a plan to build two new restaurants (the locations on Stumer Road and Endeavor Boulevard). We did that six weeks apart,” Hare said. “I was starting a whole new career, just taking my success to the next level.”

“Then in 2015, Border Foods acquired the Sioux Falls market and asked me if I would help work with the teams — we call it ‘Borderizing’ — and I said absolutely,” Hare said.

“That was a pretty incredible thing for me. It was eight restaurants and eight teams full of people. We could change their lives by helping them work smarter and be successful. I found out how much I loved doing that on a broader scale,” Hare said.

In 2016, Border Foods offered Hare her current position of Region Coach, and her job took her to markets the company acquired in Michigan, the Quad Cities in Iowa and Illinois, and North Dakota.

“When Border Foods bought us and made me a Region Coach, that’s when I understood it was a career and that was life-changing for me,” Hare said.

Hare was one of the first recipients of the “Heart of Border Foods” award, which was created in 2018 to honor a Border Foods executive — and mentor of Hare’s — who died of cancer. The award recognizes excellent leadership. Hare has also twice won Region Coach of the Year awards.

For her 40th anniversary, Border Foods threw a surprise party for Hare in Sioux Falls, and on Feb. 10, there was an open house in Rapid City.

“On the actual anniversary itself, the leadership team from Border Foods — on one of the coldest days of the year — flew their plane to Rapid City and surprised me with the Golden Taco,” Hare said.

“Most all of my lifelong friends are people I met or worked with at Taco Bell. Some of my friends are closer than family,” Hare said. "The people I work with at Border Foods cannot believe no matter where I go, somebody knows me. It’s hard to believe how many people you influence in your life.”

Hare’s career brought unexpected benefits, including helping her overcome her fear of flying. When she graduated from high school, she turned down a trip to Hawaii because she didn’t want to fly. Years later, Hare had to fly to Chicago with a franchise owner.

“That completely changed my life. I’ve been to Paris, Hawaii, Germany, London, Mexico. Everything about Taco Bell changed my life for the better,” Hare said.

Hare’s career allowed her husband, Greg, to retire in 2013. The couple enjoys traveling and spending their downtime with family, friends and their two cats.

“Everything I have done for the last 40 years, I just enjoyed it every day. When I went to my 40-year class reunion, I said I’m still with Taco Bell. There’s just that stigma with fast food — people think you don’t make any money but it’s a very successful career,” she said. “We own a house, we travel, we do everything we want to do, and it’s all because of my career with Border Foods and Taco Bell.”

Pay for your kid’s college? 3 times to think twice

Here’s when you might balk at paying your child’s college, and why that’s OK. Also, check out more of this week's best personal finance tips.

Here's your ticket to a more generous benefit.

SEOUL, South Korea – South Korea has reported more than 2,000 new cases of the coronavirus, nearing a one-day record set last month, continuing an alarming surge as the nation enters its biggest holiday of the year.

Surprise uptick in spending by Americans as delta spread

NEW YORK (AP) — Americans continued to spend at a brisk pace last month in the face of rising COVID-19 infections, though much of it was done …

Pam Hare, a region coach for Border Foods, stands in Taco Bell on Stumer Road on Monday in Rapid City.

Pam Hare, a region coach for Border Foods, stands in Taco Bell on Stumer Road on Monday in Rapid City. She celebrated her 40th anniversary working for Taco Bell on Feb. 10, 2021.