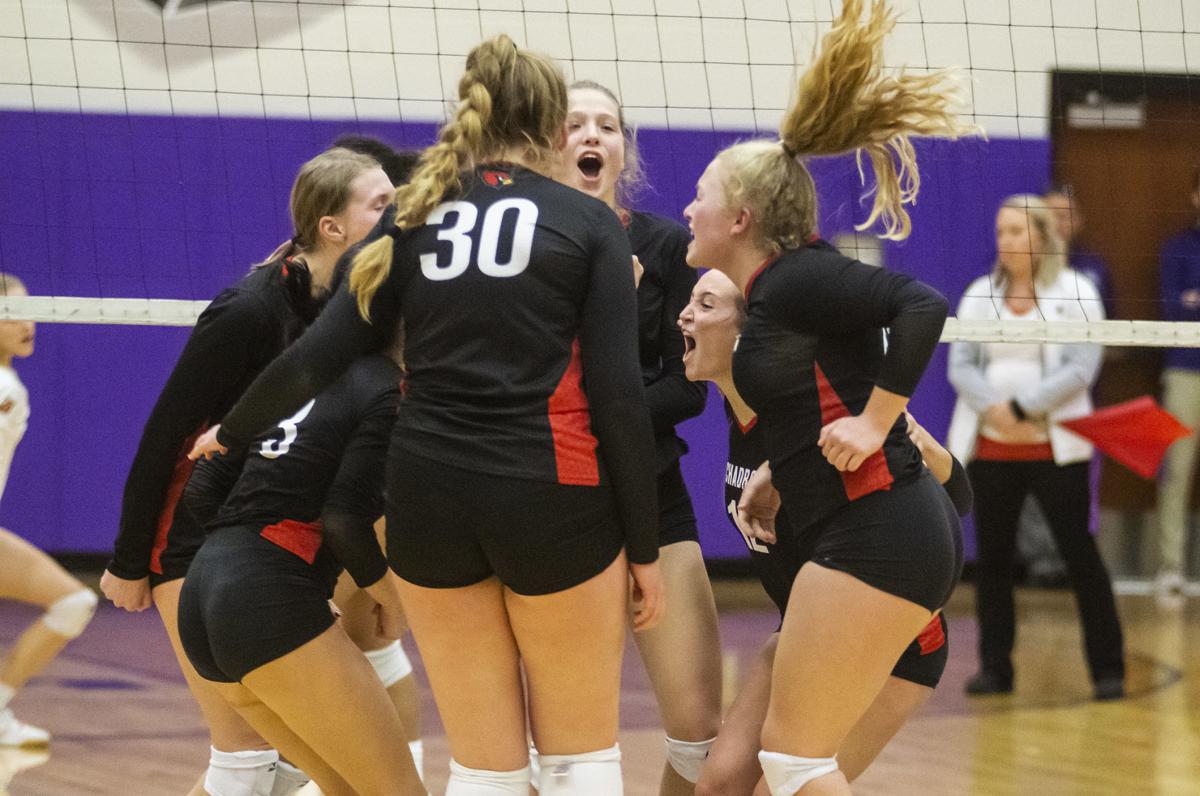 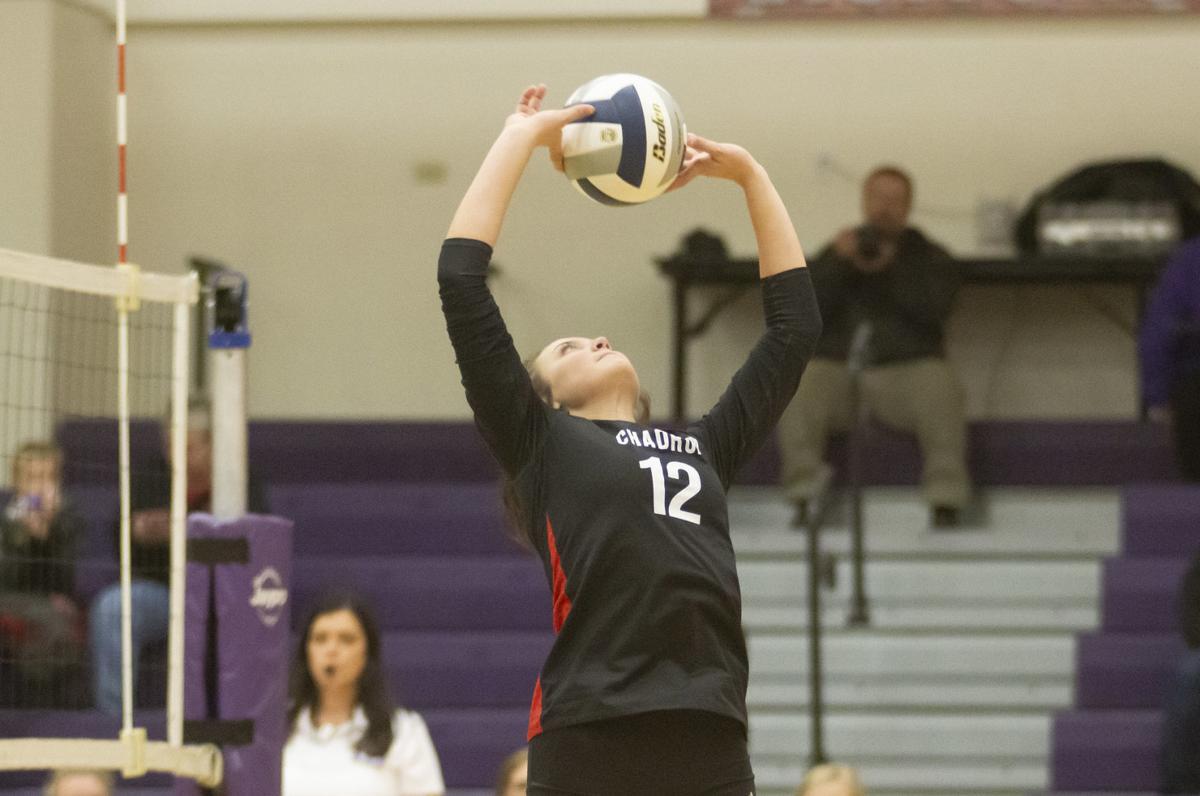 Tyleigh Strotheide is one of the top Nebraska volleyball players in assists. She had big totals in all three matches this week as Chadron won a District title and qualified for the State Tournament.

You can't win a state championship without qualifying for the state tournament. The Chadron volleyball team took another step toward their ultimate goal this weekend with a 5-set win over Malcolm.

"Our seniors (Shea Bailey, Allie Ferguson and Tyleigh Strotheide) had a great match!" Head Coach Blakelee Hoffman said. "All three of them have worked so hard over the years to get to this point, but their goal isn't just making to Lincoln, it's bringing home a trophy."

The Cardinals' week-long trip through the playoffs was anything but easy.

The Indians had all of the momentum before the Chadron crowd pitched in to help. The crowd switched sides themselves to be closer to the team and gave the girls a shot in the arm.

"It was unbelievable what that did to our girls' energy," Coach Hoffman said.

The Cardinals got off to a great start in the fifth set and held on for a 15-11 win to head to the district finals against Malcolm.

"Prior to the match starting, the girls were feeling very confident about our chances," Hoffman said. "After losing in a District final last year, they were even more determined and hungry for the win."

Once again, CHS faced a fifth set against an opponent with the momentum against them. Just like the Ogallala match, Chadron's experience and ability won out in another 15-11 win.

"I felt the biggest key was to stay consistent with our game and keep as much of the momentum as possible," Coach Hoffman said. "Despite losing the fourth set, I felt we made some really big plays that gave us the momentum going into the final set of the match."

In the District title game against Malcolm, the stats were gaudy. Shea Bailey led the way with 15 kills. Anika Burke and Allie Ferguson each had 11 and Olivia Reed and Emma Cogdill had 6 and 5 respectively.

Bailey also led the team in digs on Saturday with 32. Strotheide had 28 and Jacey Garrett had 27. Ferguson had 23 and Jalei Marcy added 19.

Strotheide is among the best in the state in assists and she added 34 more in Saturday's big win.

Three Cardinals were in double figures in kills against Ogallala Tuesday, as well. Ferguson led the way Tuesday with 14 and Bailey and Reed each added 10. Burke had seven kills.

Against Gordon-Rushville, Ferguson had 12 kills, Bailey had 8 and Burke added 7. Bailey had 21 digs, Garrett had 12 and Strotheide had 11.

Tyleigh Strotheide is one of the top Nebraska volleyball players in assists. She had big totals in all three matches this week as Chadron won a District title and qualified for the State Tournament.