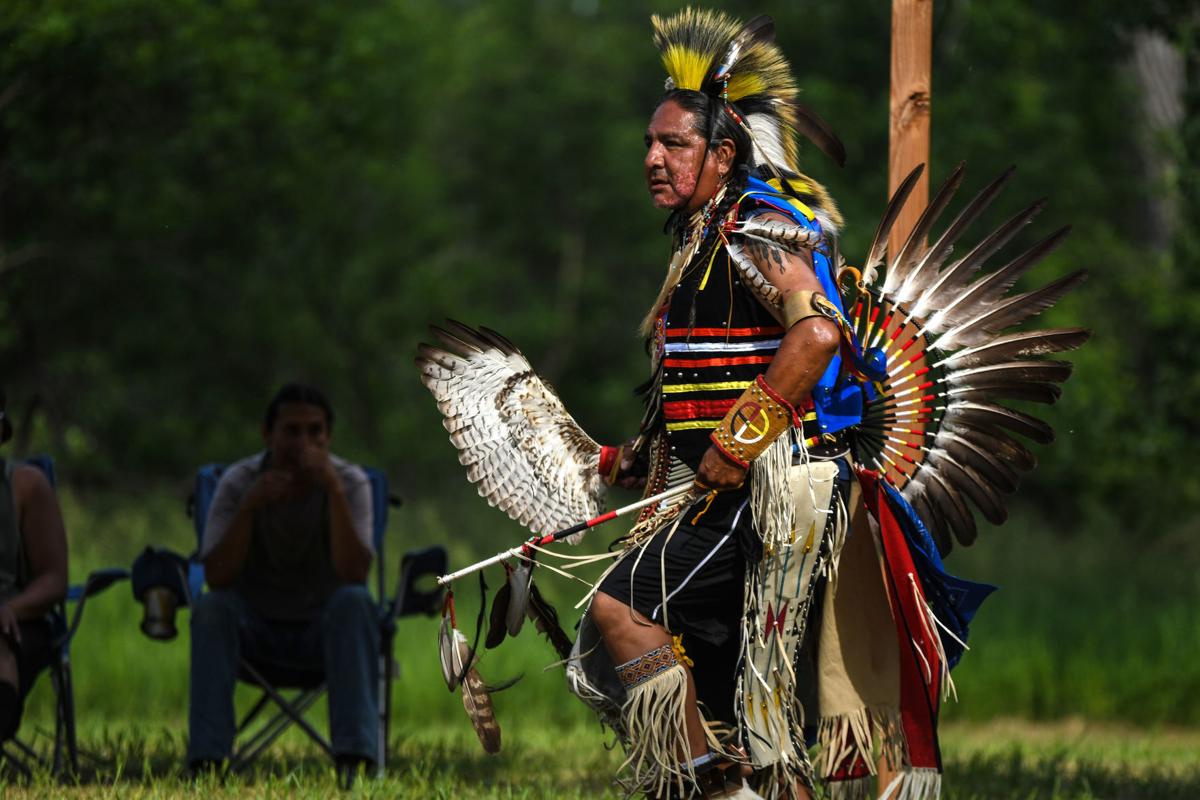 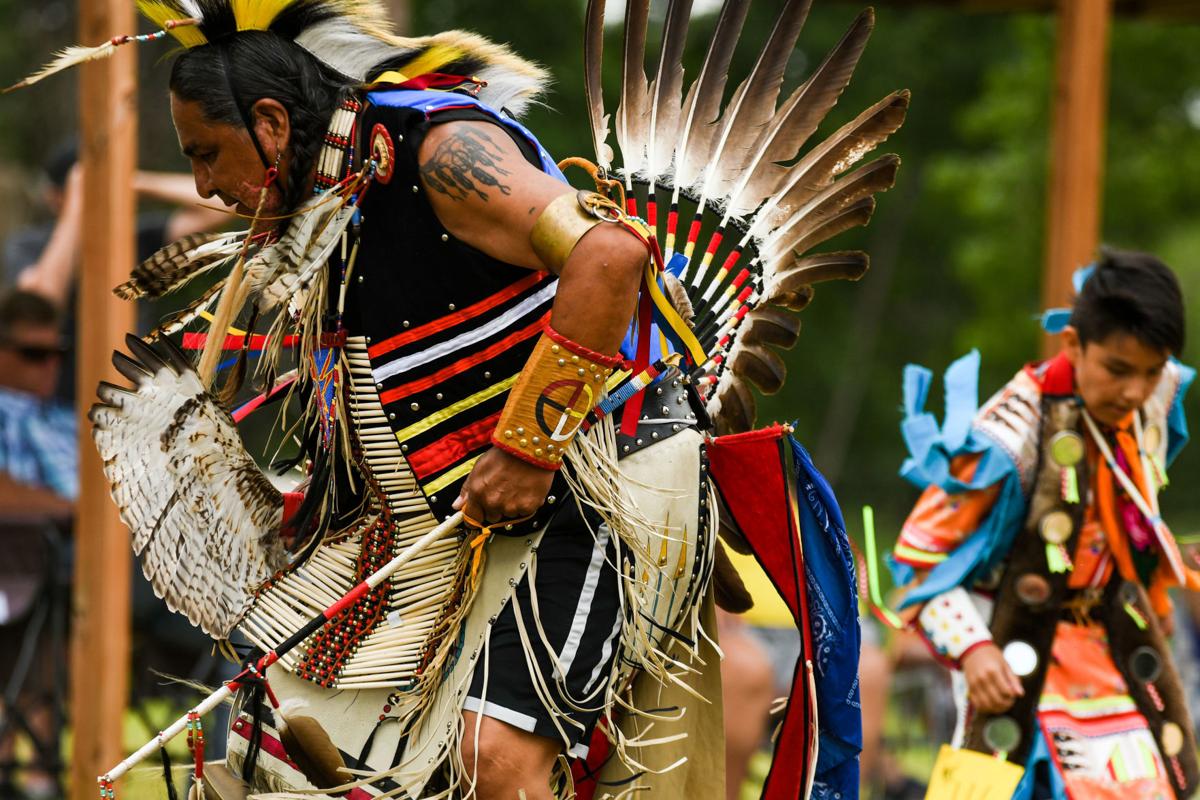 Seth Bissonette Jr., 54, of Pine Ridge, dances during the White River Wacipi in Crawford, Sunday.Bissonette has been dancing since he was 25-years-old.

The wacipi, or powwow as it is sometimes called, is a Native American celebration and ceremony that offers the opportunity to engage in traditional dance and singing. It’s also a time to socialize and build tribal ties.

In addition to traditional wacipis, there are also contest wacipis where dancers compete for monetary prizes. Though the White River Wacipi does pay out a small amount to winning dancers, the payments are relatively small and the ceremony is more akin to being traditional compared to large-scale contest wacipis that can attract hundreds of dancers.

“It’s pretty good,” Bissonette says of the White River Wacipi. “It reminds me when I was younger when they used to have traditional powwows.”

It was his first time visiting the White River Wacipi, but the nearly 55-year-old dancer has a long history with powwows and traditional Native American dance.

He says he was a singer before he was a dancer, but began dancing when he was 25. He picked up the traditions from other adults.

Bissonette says he’s a spiritual person who participates in sweat lodge and sun dance, and is just getting back to dancing after having focused his time of ceremonies. He says dancing is a way of life that goes along with spirituality.

At this weekend’s wacipi, Bissonette wore an intricately beaded set of regalia that is black, white, red, yellow and blue and adorned with eagle feathers that no doubt took patience and time to craft.

Patience and time, Bissonnette says, are two things also required to pass along their traditions. But he says he sees a lot of parents whose children are carrying it on.

“Culturally, spiritually, hopefully children will carry it and the language on,” he says. “It’s kind of dying out, the language. It’s not the true traditional old language it used to be.”

Bisonnette was one of three older men’s traditional dancers at the wacipi along with Ira Colhoff, of Rapid City, and Chief Yakima Thin Elk, of Rosebud. The three served as examples of their traditions and of endurance as they danced time and again in the hot afternoon sun. Bisonnette also spent a short amount of time drumming and singing with one of three drum groups who attended the wacipi.

Bissonnette says he dances as much as he can, but he no longer competes at powwows.

“I just go and dance with people. That’s what it’s about to me.”

Seth Bissonette Jr., 54, of Pine Ridge, dances during the White River Wacipi in Crawford, Sunday.Bissonette has been dancing since he was 25-years-old.