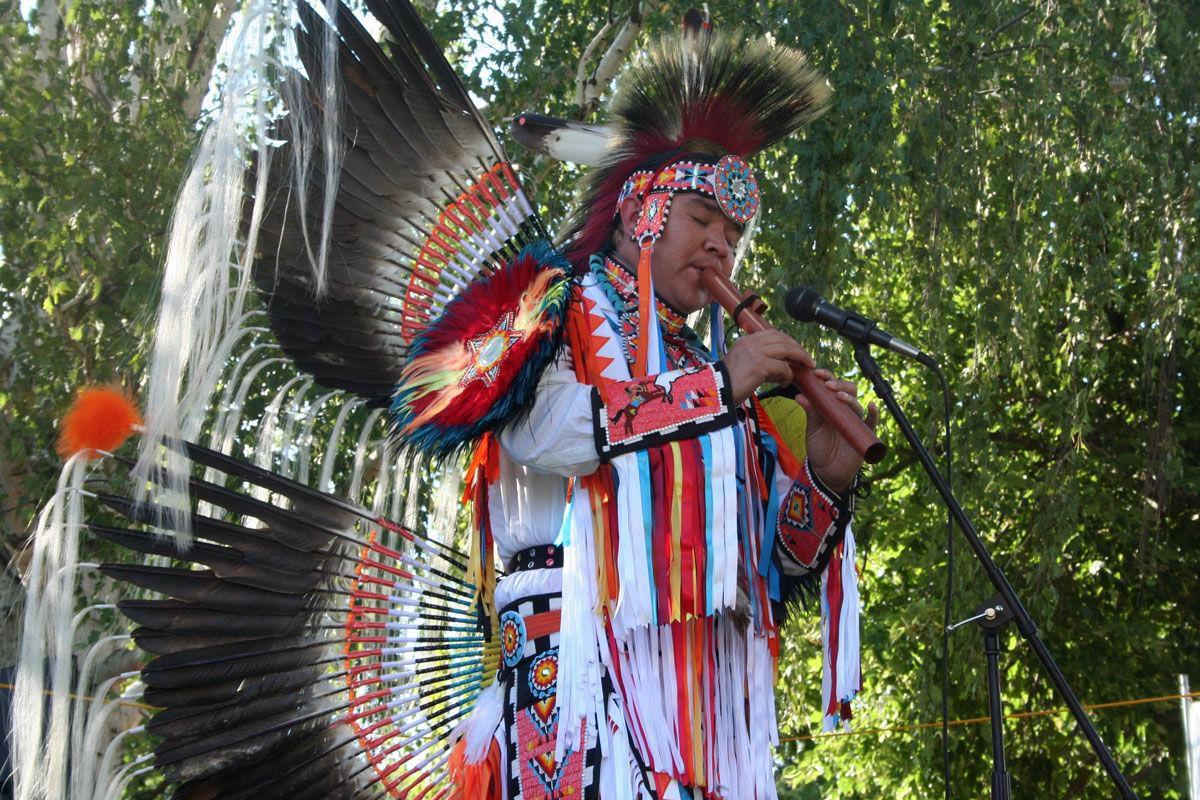 Garan Coons performs a song on a traditional Native American flute. Coons and his family also demonstrated Native American dancing at the Chadron Library during the 2017 Fur Trade Days event. 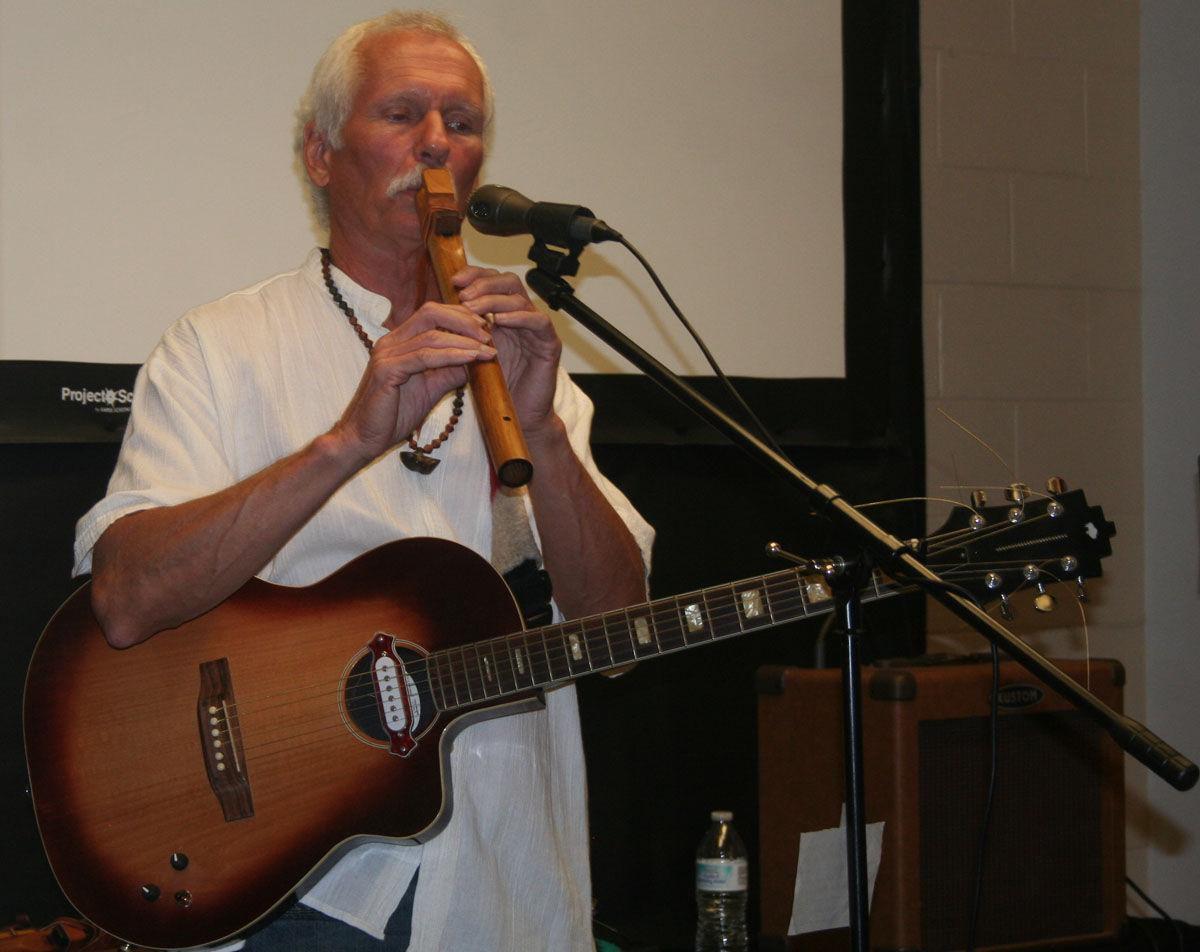 The Trading Stories Native American Film Festival will mark its seventh year this weekend, now as a standalone event.

Sponsored by the Chadron Public Library, the library’s Foundation and the Friends of the Library, Trading Stories began as part of Fur Trade Days, but this year will take place Oct. 17-19 as part of Indigenous Peoples Month. The event acknowledges the contributions of Native Americans to the history of northwest Nebraska and highlights contemporary Native issues through film and traditional storytelling.

The schedule for this year’s Trading Stories festival is as follows:

5:30 p.m. – Festival reception with refreshments; George Ledbetter, president of the Foundation, will open the festival

7:30 p.m. – Film screening of “Neither Wolf Nor Dog,” followed by discussion

3 p.m. – Documentary film “Ohiyesa, The Soul of an Indian”

6:15 p.m. – Film screening of “Rumble: The Indians Who Rocked the World,” about Native American musicians and their influence on rock and jazz

5:30 p.m. – Documentary film “Dawnland,” which was filmed partly on the Pine Ridge, followed by discussion

All events will take place at the Chadron Public Library at 507 Bordeaux St., and are free and open to the public.

Garan Coons performs a song on a traditional Native American flute. Coons and his family also demonstrated Native American dancing at the Chadron Library during the 2017 Fur Trade Days event.