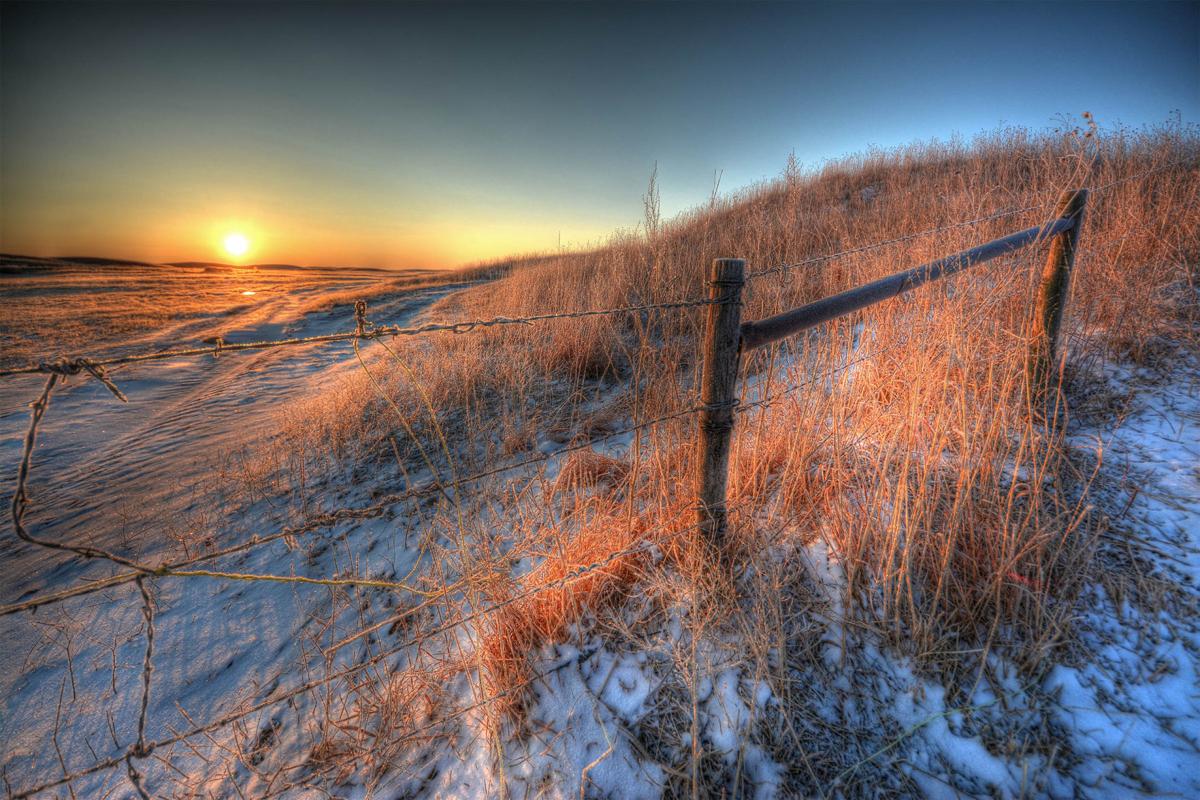 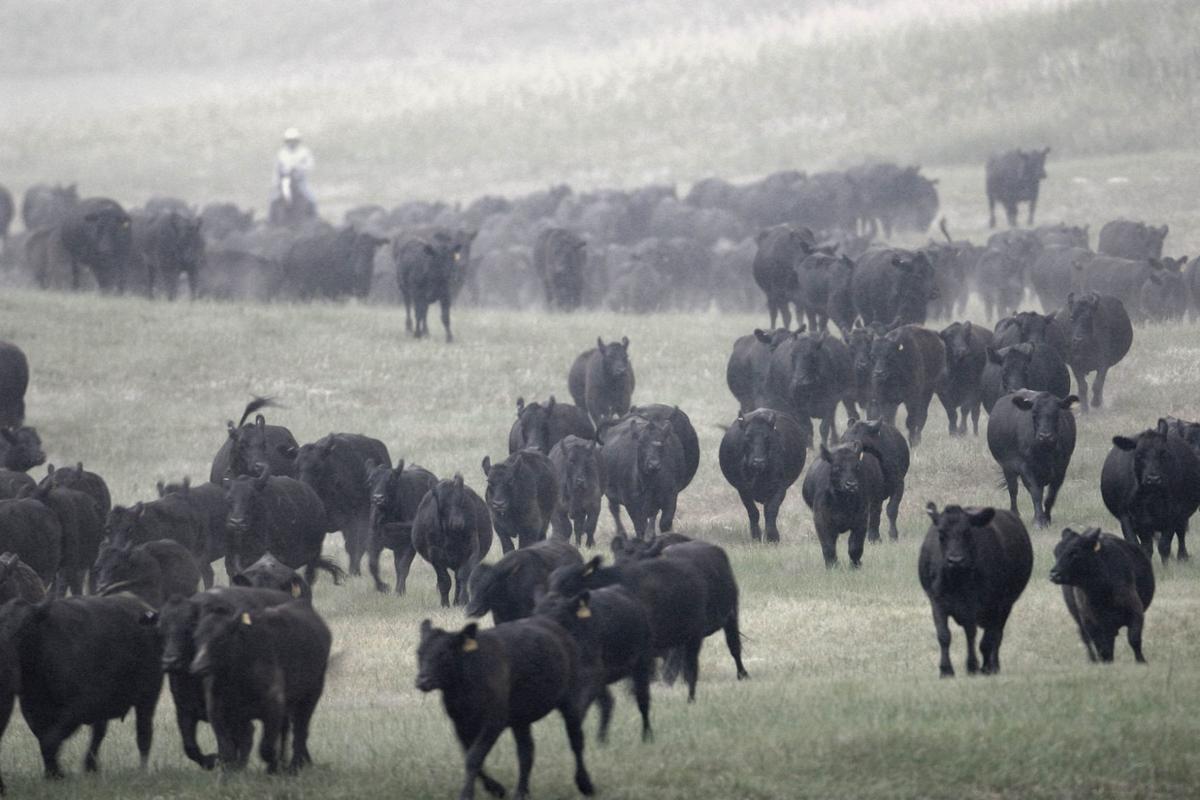 Cattle are moved during a roundup on the McGinn Ranch, located between Dunning and Anselmo in the Nebraska Sandhills. 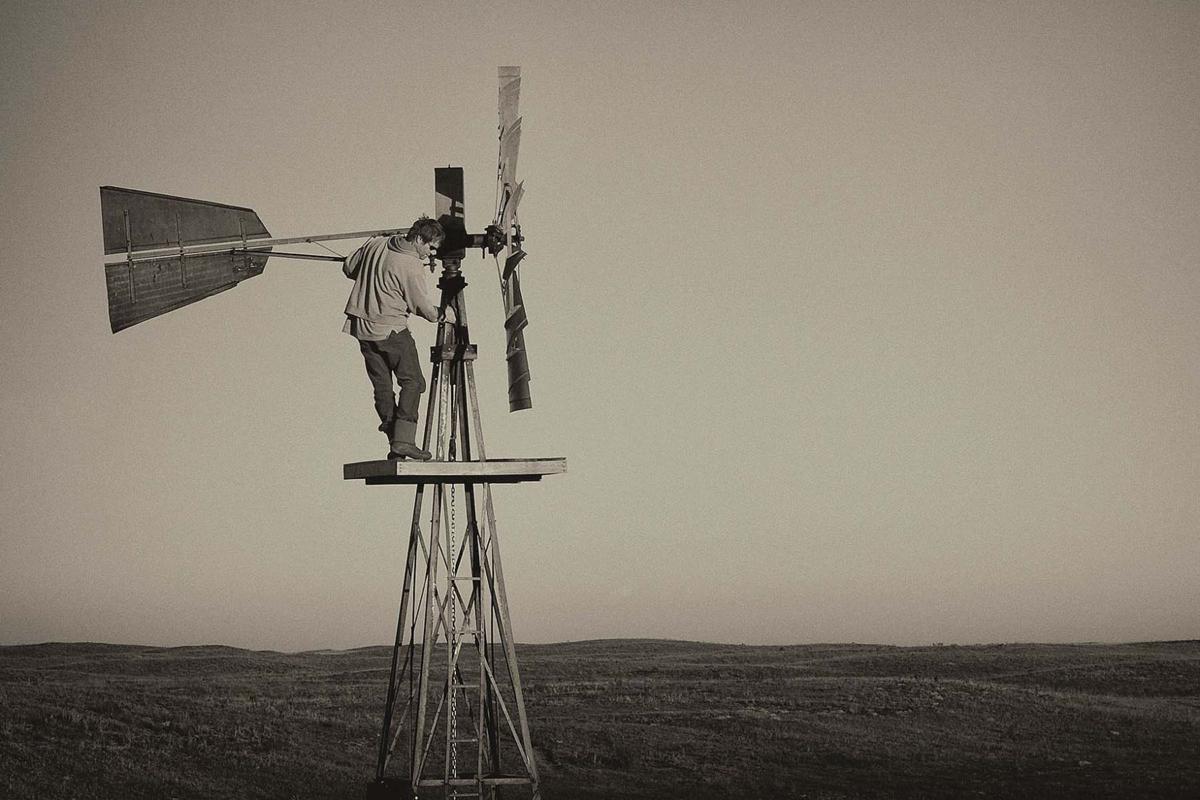 Laron McGinn services a windmill. McGinn and his family are the main characters in "Ocean of Grass: Life on a Nebraska Sandhills Ranch," a film produced entirely in Nebraska. 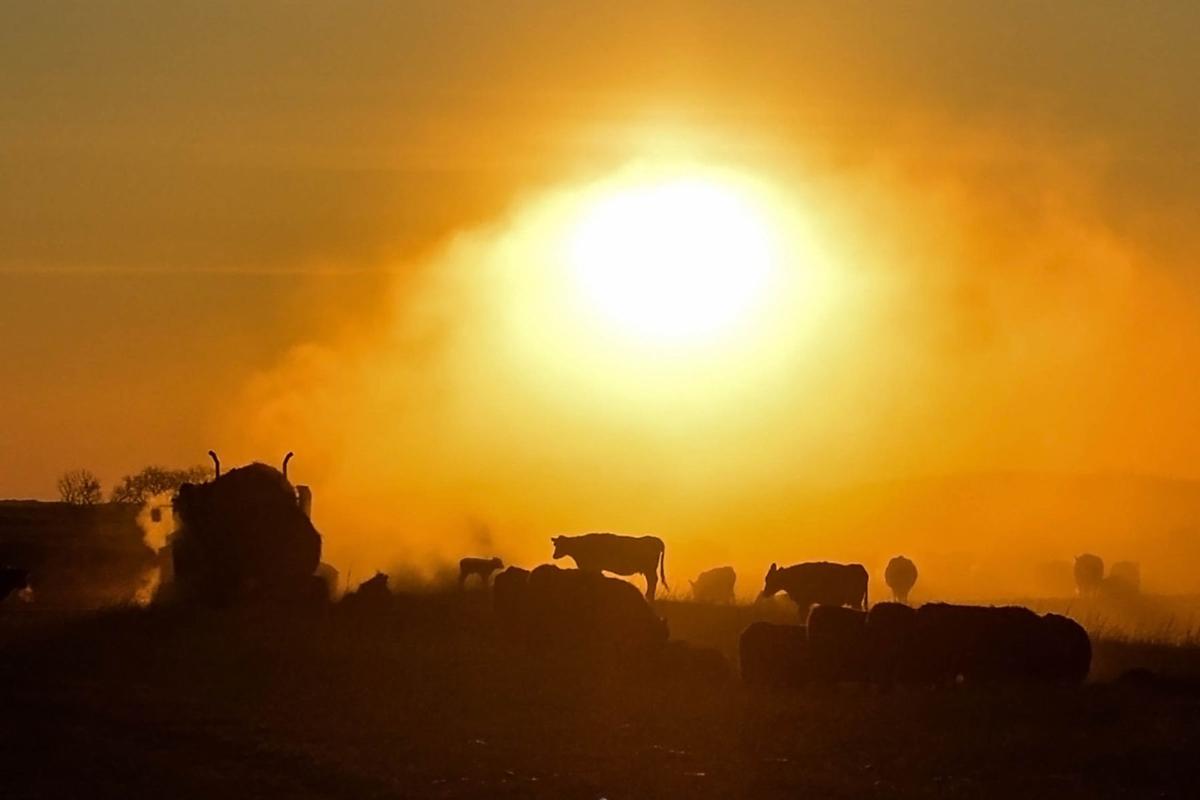 Cattle are fed on the McGinn Ranch, which is the setting for "Ocean of Grass: Life on a Nebraska Sandhills Ranch."

More than 19,000 square miles of sand dunes across 265 miles, the Sandhills are the largest sand dune formation in the entire Western Hemisphere and one of the largest grass-stabilized dune regions in the world.

In the middle the vast Sandhills lays the McGinn Ranch. Located between Dunning and Anselmo, the 1880s ranch is much like many of the other Nebraska cattle operations. Except for the fact that it’s played host to visiting foreign officials and is now the sole focus of a new movie: Ocean of Grass: Life on a Nebraska Sandhills Ranch.

Producer Georg Joutras finished the movie - his first feature film - in time for this spring’s Kansas City Film Festival, where it played to a sold out showing.

“Which is a great way to start,” he said Sunday during a showing of the film in Gordon. The kickoff was followed by a planned showing in Broken Bow, where it was to be screened as a fundraiser for the Custer County Foundation. The movie about the local ranch and the people who live and work on it sold out all three screens in the theatre for the first day, and kept the crowds coming for five weeks.

“It’s kind of become the little film that can,” Joutras said. “I think the thing I’m really proudest of about the film … is that it showcases the people exactly as they are.”

The film represents a year of life on the ranch, following the McGinn family and their neighbors through spring branding, summer haying season, fall roundups and winter feedings. The trials and tribulations, joys and wonders, of calving, weather challenges and all manner of other situations present on any Nebraska ranch are front and center.

There’s a recognition that downed cows or injured horses have to be euthanized to avoid suffering, sorrow when a favorite ranch horse is found dead after a storm and admission of the stark reality that ranching in the Sandhills isn’t always a road to financial stability when it takes an investment of roughly $20,000 in land to raise one cow-calf pair.

But there is also joy at bottle feeding a twin calf, appreciation of the vast landscape and the beauty and inspiration it provides, and camaraderie when neighbors gather to help brand. A sense of community is reflected in the reliance on neighbors for large tasks, the dedication of serving as a fireman, a school board member, a town official and the commitment to helping when tragedy strikes, as it did when a family member was diagnosed with cancer.

In the Sandhills, the lack of population makes that community spirit a necessity, and individuals are genuine in their nature, comfortable in their own skin and offer their word as their bond, according to many of the family members and friends featured in the film.

“Ocean of Grass,” a four year project for Joutras has already had 12-15 showings in the state, with more bookings planned.

Joutras first visited the ranch in 2003 after being introduced to rancher and painter Laron McGinn through Joutras’ own experience operating a gallery in Lincoln. McGinn invited Joutras to the ranch if he was ever in the area, and what was meant to be a one-night stay 15 years ago lasted a full week.

“The people are great. The environment is amazing,” Joutras said during a question and answer session Sunday in Gordon following the film’s third showing in that city. In 2007, he produced a book about the ranch called “A Way of Life,” and when he received a GoPro camera as a gift in 2014 began filming the ranch instead of simply photographing it.

After viewing the short video trailer he put together, people encouraged him to keep filming. After upgrading his video equipment he spent another year re-shooting much of the video with the better technology, and then spent 22 months completing the post-production work. Aerial shots in the film were done with a drone, while Joutras often ran alongside the haying equipment to film the action.

“The trick there was not getting run over,” he said.

Cows, he learned, are masters of their environment. When questioned about how he managed to get a shot from the bottom of a water tank of a cow drinking, he explained it took him three weeks. Each time he placed the camera in the tank, the cows would sense something wasn’t right and move away from it.

“They knew it wasn’t supposed to be there.”

Eventually, after camouflaging the camera, he was able to capture the elusive shot.

The film’s importance comes from its focus on the realities of ranch life, the stewardship of the land and care for the livestock exhibited by honest folks and the shining examples of community and friendship, Joutras said.

“It’s a story that I think needs to be told.”

JAMESTOWN, N.D. | Industry has provided plenty of interesting and exciting technology options to agriculture. But the challenge continues to b…

Cattle are moved during a roundup on the McGinn Ranch, located between Dunning and Anselmo in the Nebraska Sandhills.

Laron McGinn services a windmill. McGinn and his family are the main characters in "Ocean of Grass: Life on a Nebraska Sandhills Ranch," a film produced entirely in Nebraska.

Cattle are fed on the McGinn Ranch, which is the setting for "Ocean of Grass: Life on a Nebraska Sandhills Ranch."