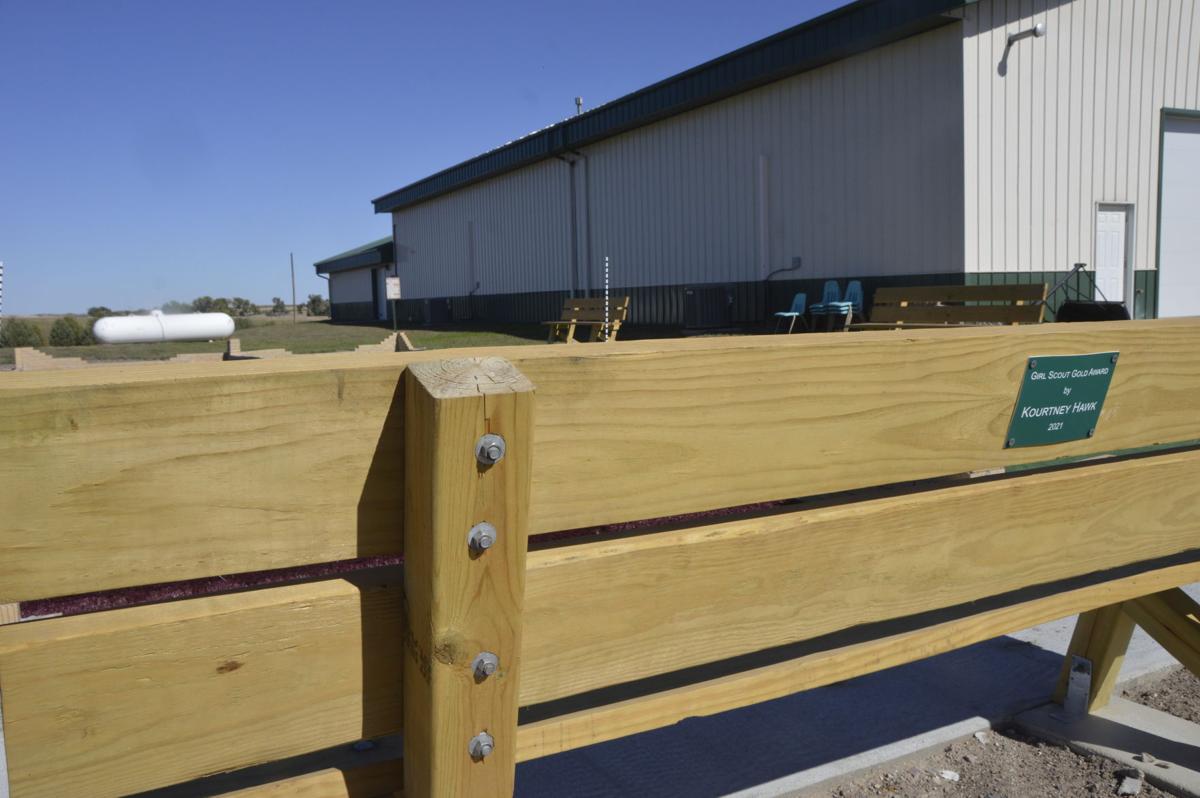 Four new benches at the Office of Human Development Bocce court are the result of work put in by Girl Scout Kourtney Hawk. The scout also built a sidewalk for easier handicap access and a sign explaining Bocce rules. 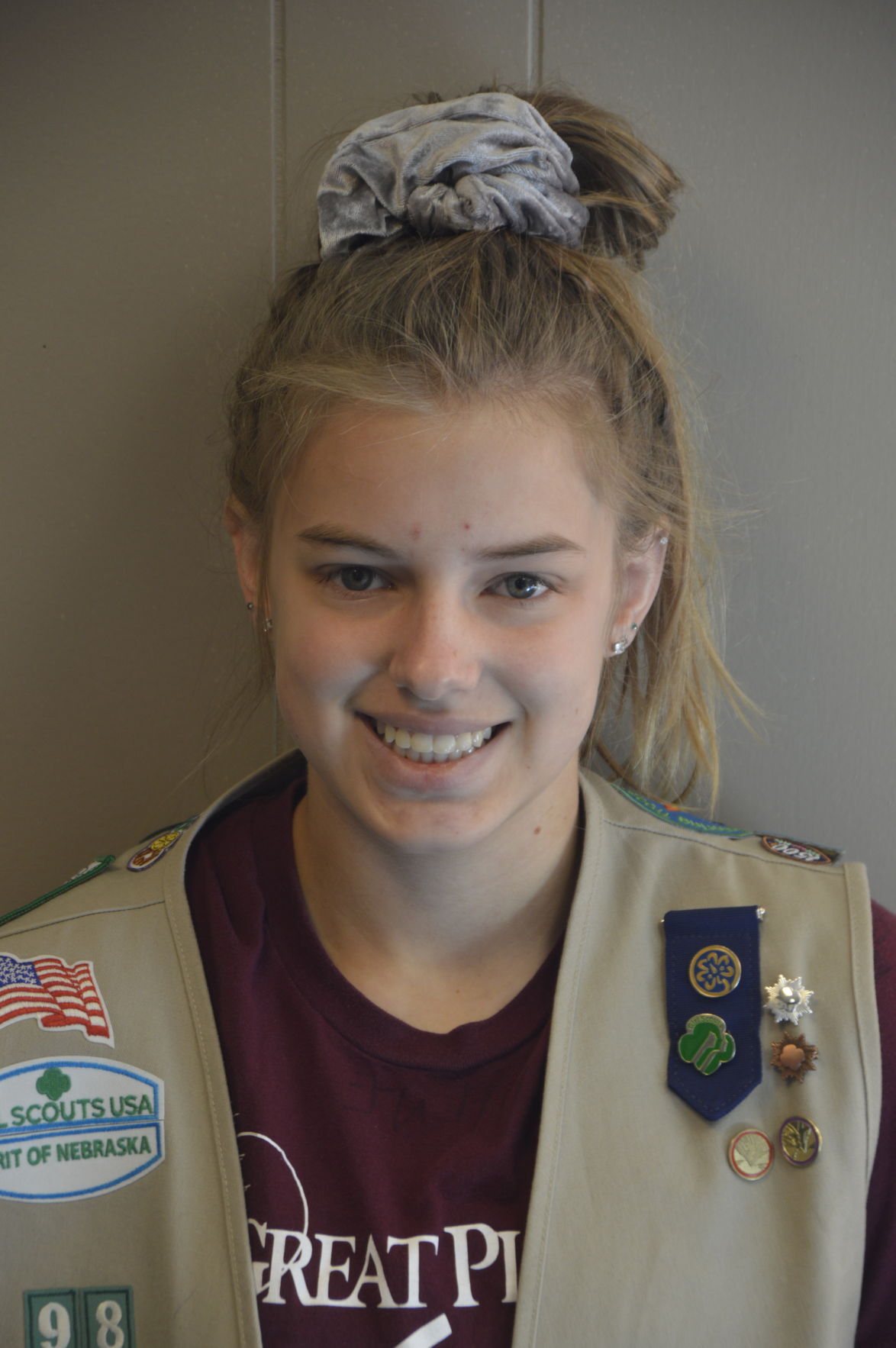 There’s some new seating along the Bocce court at the Region I Office of Human Development (OHD) thanks to local Girl Scout Kourtney Hawk, who established four new benches as her Gold Award.

Currently in her 12th year with Scouts, the Chadron High junior, daughter of Jason and Amy Hawk, noted the award is similar to the Eagle Award in Boy Scouts. Additionally, she noted, a sidewalk was established to allow better handicap accessibility to the courts, and a signpost was put up explaining the rules of Bocce, which has been compared to a mix of bowling and shuffleboard.

Building the benches at the OHD office wasn’t Hawk’s first plan, however, as she initially wanted to put benches and shelters every mile along the Cowboy Trail east of Alliance. The new OHD seating at the builds upon another Scout’s work, as Bristyn Cummings built the Bocce courts in 2020 for her Gold Award.

Hawk further added the benches provide a place not only for spectators and, but also for players to take their shoes off if they choose.

Before reaching the Gold level, Hawk explained Scouts must have completed the Silver Award in one journey at the Senior level of Scouts, or do two Senior-level journeys. Amy, who is Kourtney’s troop leader, explained journeys provide different venues of learning. Kourtney added they are ways to help teach Scouts about the world.

Project require approval from the Girls Scout Gold Award Committee before they can begin, and submission of hours and expenses upon completion Kourtney said. When finished, the committee calls again for a final interview. She completed her final interview for the project on Saturday, but there are some changes that have to be done before it’s approved. The OHD office had a formal ceremony for the benches on Monday, Oct. 4 to show their appreciation.

The most rewarding part of the project is seeing how happy the OHD residents and Special Olympics participants are with the new additions and their thanks to her.

While the courts are largely used by OHD and Special Olympics, they are open to the public as well, and with the new rules sign put up by Hawk anyone can learn Bocce.

The award is another of Hawk’s major accomplishments in Scouts for the year. In August she was named the top Girl Scout Cookie seller in the Panhandle for the 11th consecutive year, selling 1,836 boxes.

The Hanks family was recognized with the Family Tree Award during Chadron State College's Homecoming Saturday. The Burkhiser-Madsen family als…

Wednesday afternoon, Chadron Primary School students, staff and parents were notified that the school is now at 5% threshold for COVID-19 case…

This week, Chadron will host firefighters and emergency personnel from across Nebraska during the Nebraska State Volunteer Firefighters Associ…

During the Monday night meeting of Chadron City Council, complaints about broken sidewalks called into question the authority council members …

Four new benches at the Office of Human Development Bocce court are the result of work put in by Girl Scout Kourtney Hawk. The scout also built a sidewalk for easier handicap access and a sign explaining Bocce rules.