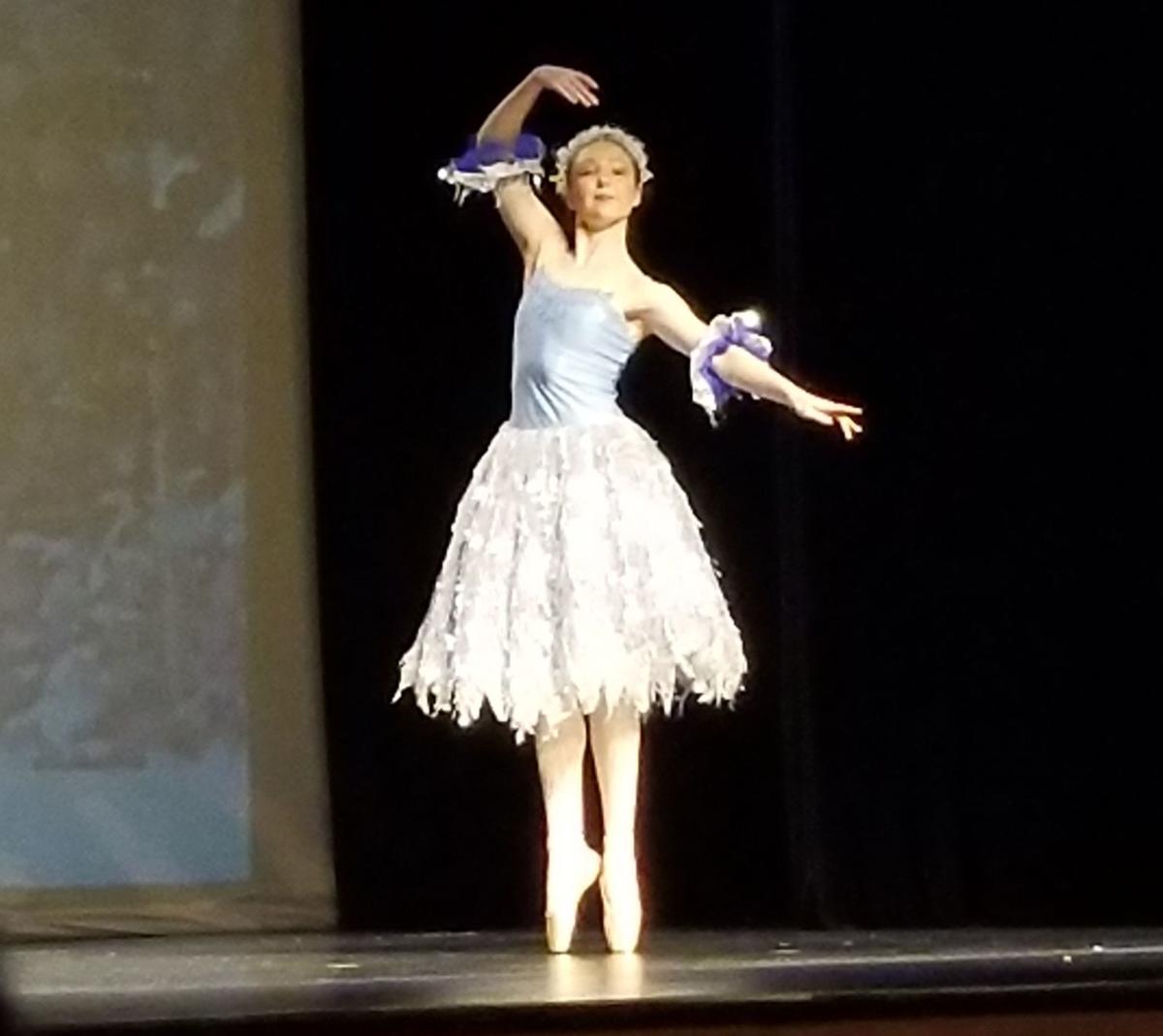 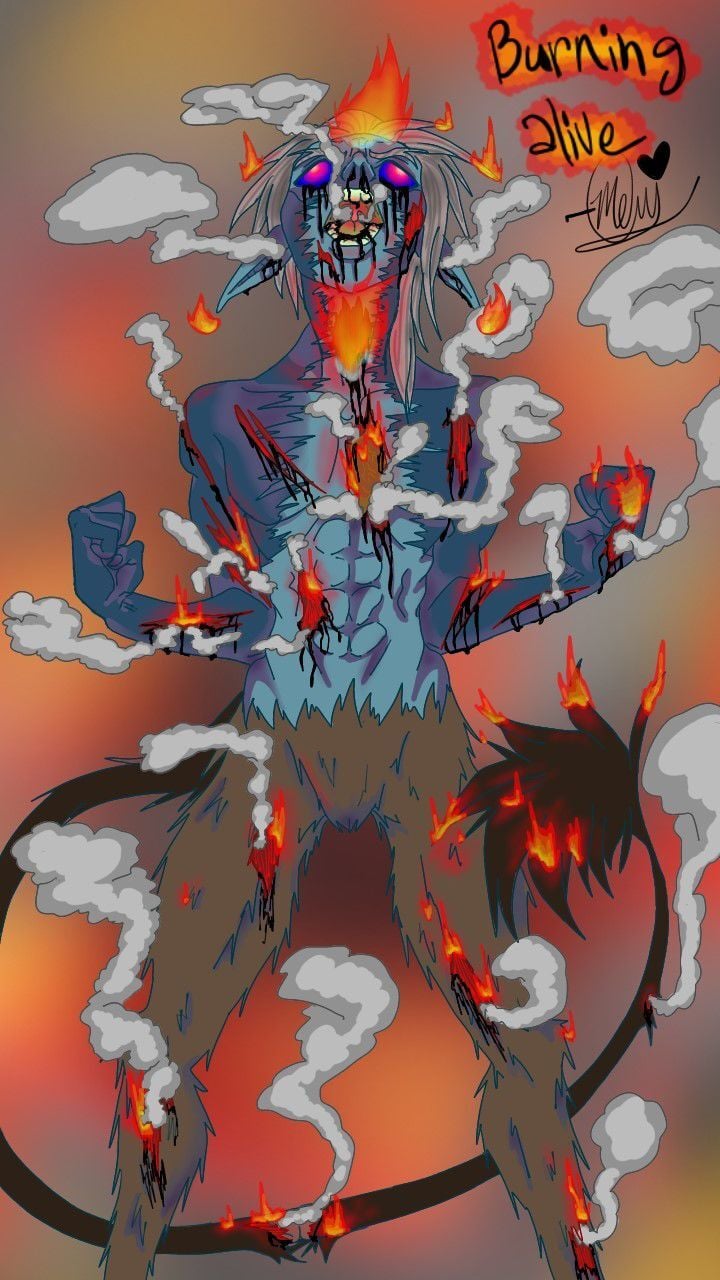 An original art piece Madison Waugh submitted as part of her application.

Chadron High students Claire Fox and Madison Waugh are among the 69 juniors from 30 high schools across the state selected as winners of the 24th annual Nebraska Young Artist Awards.

The awards, presented by the University of Nebraska-Lincoln's Hixson-Lied College of Fine and Performing Arts recognize 11th grade students from Nebraska for their talents in visual art, dance, music, theatre, and film and emerging media arts.

Waugh, the daughter of Jeff Waugh and Theresa Long and whom received her award in visual arts, said Art and Design teacher Travis Hencey told students about the awards last semester and encouraged them to apply. She submitted three different pieces, one of which was a freehand animation called “Mr. Fear,” based on a comic book of the same name Waugh’s been developing since she was 15.

The story of “Mr. Fear,” she explained, is about an overlord from another world who came to Earth to conquer it. When he first arrives he lands in a military base and is captured, developing a fear of humans in the process. When he comes back again he casts a spell to trap himself in a girls mind to get away from humans.

“I’m really proud of this one because it took me three months,” Waugh said of her animation. She was inspired by her sister, Kaycee, who also does animation. Waugh also submitted two static artworks.

Waugh, who has been drawing using a tablet for two years, said digital art is still somewhat new to her. She was inspired to be an artist due to her family, as her father, older sister and half-sister were all artists and she wanted to draw with them.

She’s looking at art as a career, and wants to get her comic book published. She further added she’s very capable of assisting studios or companies who need digital art pieces. Though initially planning to go to an art college, she also feels the art classes she’s taken in high school have given her plenty experience and expanded her capabilities.

Fox, the daughter of Jeff and Sabrina Fox received her award in dance. She’s been with Consuming Fire School of Dance for nine years, and her desire to continue dancing stems from the classes she has been able to take and opportunities for her to perform.

As for a submission for the award, Fox sent in a video of her performing a Pointe solo and a recommendation letter from Consuming Fire Executive Director Donna Gimeson. She further explained Pointe is ballet with special shoes that allow the wearer to stand on his or her toes.

Even before she joined the studio, Fox said her mother took her to see a performance by Consuming Fire, which first sparked her interest in dancing. She plans to pursue it professionally after high school.

In addition to the Young Artist award, Fox received three invitations to professional companies this summer, including The Colorado Ballet, The Texas Ballet Theater and The Cincinnati Ballet. She has chosen The Colorado Ballet. Gimeson explained to be accepted into a professional company, a student must first audition and be accepted into a summer school program.

The summer program with the Colorado company will be five weeks, though Fox is hopeful to join the company year-round.

Among the advantages to performing dance, Fox said it teaches discipline in general. “You’re responsible for yourself all the time,” she said, “and that goes into any school or job, or anything else you want to do.” She further added it helps one understand the concept of teamwork.

Waugh and Fox will receive a certificate and an original piece of artwork commissioned for the event and created by a School of Art, Art History and Design printmaking student.

Two women are in custody on methamphetamine-related following a two-week investigation.

For those who have attended the high school musical the past couple years, or attended a Chadron Cardinal game where she performed The Star-Sp…

Steve Cleveland, President and CEO, and the board of directors of First National Bank of Chadron announced a merger with its’ affiliate Homest…

Born on March 1, 1921 in rural Sioux County, Jean Coffee Baker will be celebrating 100 years of age in less than a week. The living room on he…

CRAWFORD – There will be more happy campers at Fort Robinson State Park. Or, at least there will be room for them.

Residents of Chadron have a new place to take their small pets when they’re not feeling well, with the opening of the Chadron Companion Animal…

Air service in Chadron could change

About two weeks since the announcement that it would begin providing trips to and from Rapid City, S.D., Boutique Air, current Essential Air S…

An original art piece Madison Waugh submitted as part of her application.