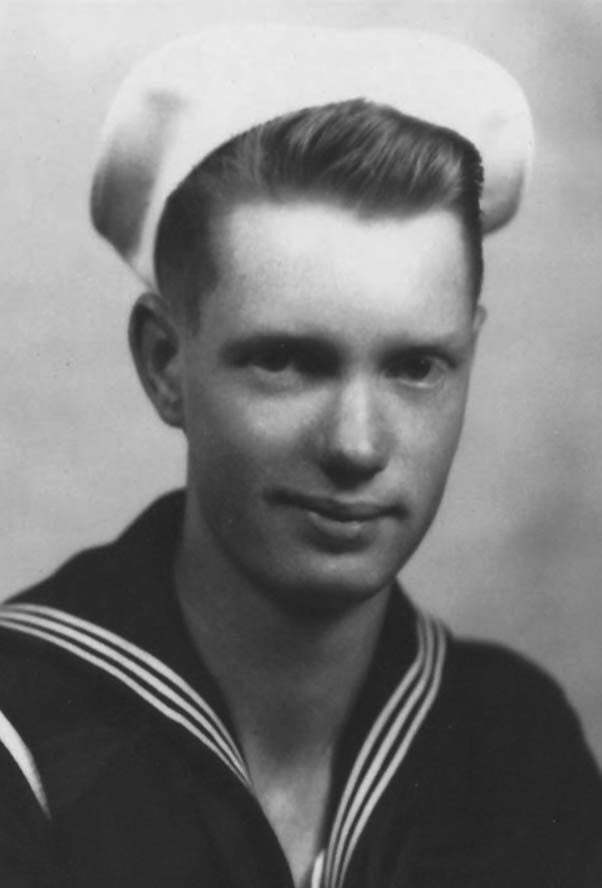 He was born Aug. 30, 1927, in Hay Springs to Oliver Samuel and Mildred Marie (Jackson) Speirs. He grew up on the family farm in the Antelope Valley south of Chadron. Through childhood, he was known as "Sonny." He attended elementary school at District 42 and graduated from Hay Springs High School in 1945.

During their senior year, he and many of his high school friends made several attempts to enlist in the U.S. Navy. He was accepted on June 25 and sworn in July 2. He served in the Philippines. He was proud to be a veteran of World War II.

After his military service, he used the GI Bill to attend Spartan School of Aeronautics in Tulsa, OK. He graduated in 1949.

On Sept. 15, 1951, he and Lola May Key of Chadron were married after they eloped to Rapid City. He was the pilot who kept buzzing her schoolhouse to get a glimpse of the cute school teacher. They were married 67 years before she preceded him in death in 2019.

Flying and airplanes were his passion. After he graduated from Spartan, he worked as a mechanic. As part of his job, he would fly to Sandhills farms and ranches to deliver parts or make repairs to farm equipment. He and many of his friends owned planes, hangered them at home and took off and landed on any flat field they could find.

In 1957, he began working at Boeing, and the family moved to Renton, WA. While at Boeing, he worked on the first 707s and worked on the 707 that was to become Air Force One. Living in the Seattle area was a big adventure that he and Lola would often talk about fondly.

In June 1960, he returned to take over the farm, which his family homesteaded in 1885, because it was the best place he knew to raise a family.

Walt began working for the Dawes County roads department in the late 1960's and would work for it most of the time until his retirement. He was known for his meticulous operation of the road maintainer and was willing to come plow snow whenever called.

He loved to hunt and fish. He was an accomplished gunsmith who built rifles from scratch and handloaded his own ammunition. He also built and flew model airplanes.

Although he lost his sight and hearing as he aged, he never lost his strongest sense -- his sense of humor. He would laugh at the worst jokes, and his grandchildren quickly learned not ask "What are you up to?" because he would reply "Oh, about 6 foot 1."

Walt almost never met a kid who didn't love him because he was kind and fun and happy and loved to be around them. He and Lola missed very few of their children's sporting or other events. He would sometimes watch a little league game even if he didn't know any of the players because kids amused him and he loved baseball.

He taught his children that a person can do almost anything he or she applies themself to, and he believed in education. He encouraged and supported all of his children and his wife as they earned college degrees. He served for many years as a member of the District 44 School Board. He believed in serving his community and once was a candidate for the Dawes County Treasurer's Office.

In retirement, Walt and Lola enjoyed traveling and camping in their fifth-wheel camper. They moved to Prairie Pines in Chadron in 2012. He was happy to have the company of his fellow residents there, many of them lifelong friends and acquaintances. The family appreciates the care and compassion the staff gave him every day. He considered them his friends, too.

Walt remembered almost everything and took a treasure room full of family memories with him. He liked to visit with everyone, but he especially liked to share those stories with his family.

Mourning that loss are his children, Dan and his wife, Julie, of Kearney, Valerie Worth and her husband, Doug, of Parker, CO, Tim and his wife, Deann, of Chappell, Mike and Candy Recker of Howells and Pat of Hay Springs and Robin Johannssen; grandchildren, Chris of Hay Springs, who was like a son to him, Emily Tienken of Berkeley, CA, Savannah Worth and Trevor Worth, both of Denver, Chance Speirs of Chappell and Anna Speirs of Chappell; his cousin, Bill Jackson and wife Juanita of Chadron; and Lola's cousin Marge Schumacher of Chadron.

In addition to his wife, he was preceded in death by his parents.

Services were at 10 a.m. on Monday, June 7 at Chamberlain Chapel in Chadron, with the Rev. Paul Smith officiating. Visitation will be from 5-7 p.m. on Sunday, June 6 at the mortuary. Burial, with military honors will be at Greenwood Cemetery in Chadron.

Memorials are suggested to Dawes County 4-H in honor of the many years of support Walt and Lola and their family participated in the program.

The previous owner of Cheema’s Gas and Oil in Chadron, Kuldip “Cheema” Singh, was convicted last week in Scotts Bluff County on four counts of…

A total 11 occupants were able to get out of an motorhome safely, after it caught fire Thursday morning about eight miles south of Crawford. N…

LINCOLN – The Nebraska Game and Parks Commission will consider recommendations for a 2022 mountain lion hunting season, as well as a 2021 rive…