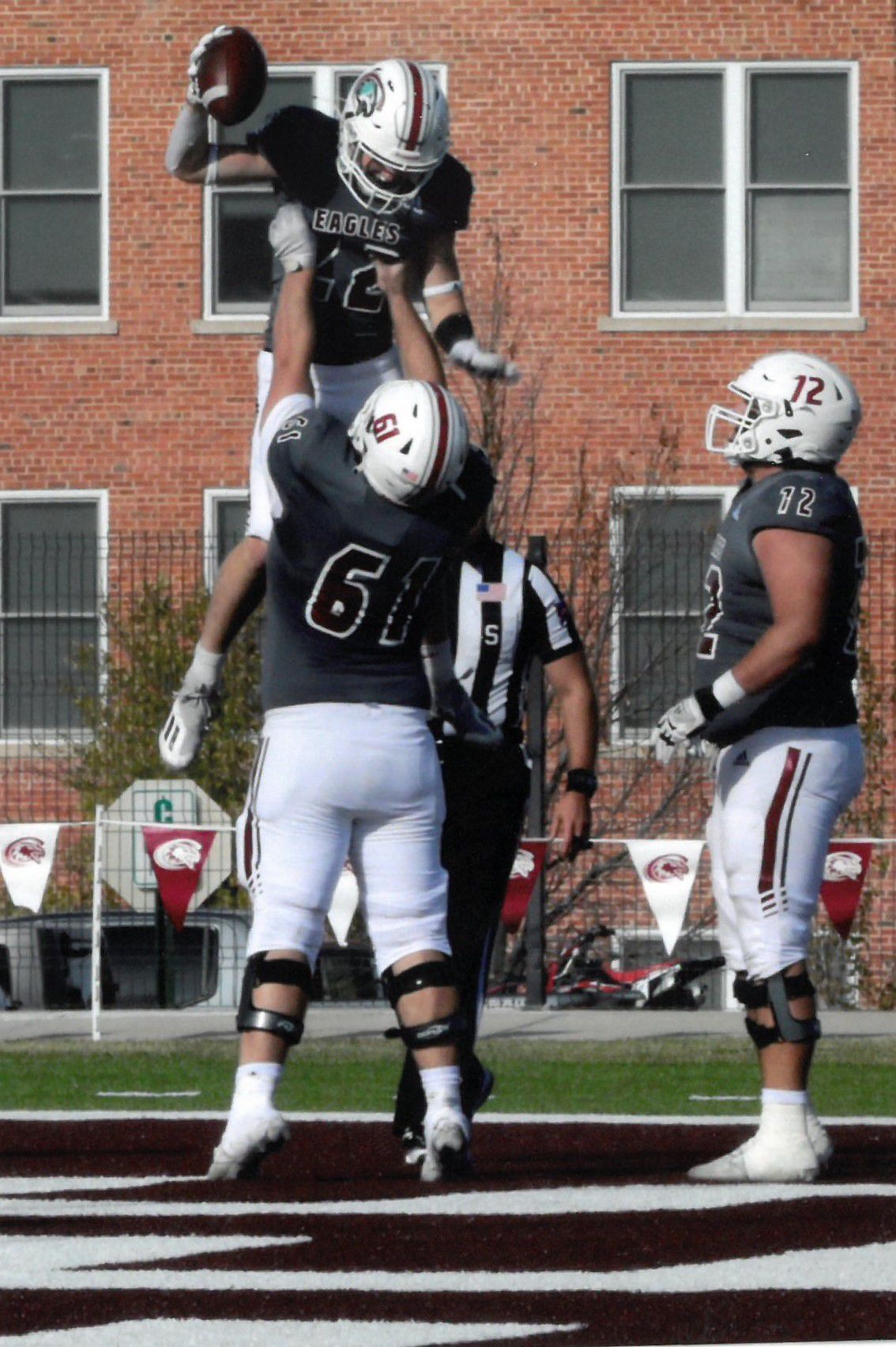 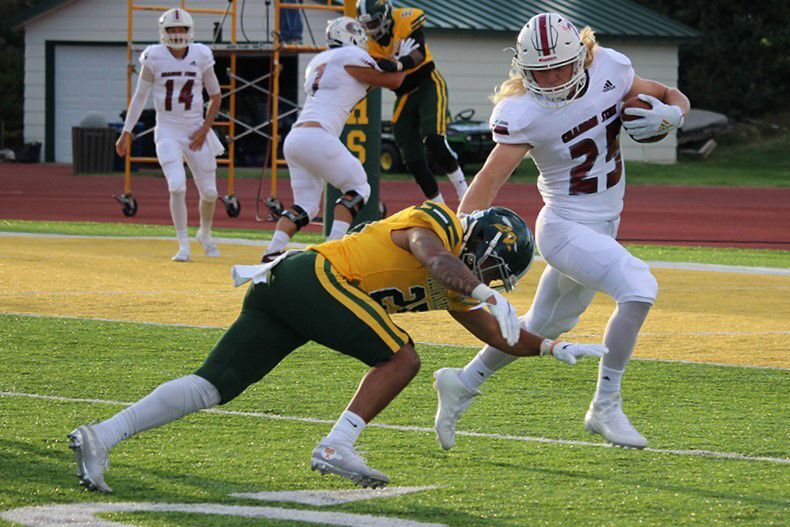 The Chadron State College offense was in high gear and both the defense and the special teams provided lots of help as the Eagles closed their season with a 57-6 win over Black Hills State in Spearfish on Saturday.

The victory boosted CSC’s record to 6-5 overall and 5-4 in the Rocky Mountain Athletic Conference. Black Hills finishes at 4-7 and 2-7.

The Eagles rolled up 492 yards of total offense and scored seven touchdowns while the defense came up with six takeaways and placekicker Gunnar Jones made all three of his field goal attempts and all six of his extra point tries. Jones finished the season 36-of-36 on PATs.

Sophomore Jeydon Cox, the game’s leading rusher with 12 carries for 99 yards, got the Eagles off to a fast start by scoring on a 29-yard run on their opening possession. Midway in the first quarter, Jahvonte Hair intercepted a Black Hills pass and returned it 31 yards to set up the first of Jones’ field goal, a 29-yarder.

Shortly afterwards, Black Hills ran the ball for two first downs, then posted its only touchdown on a 42-yard pass from quarterback Chance Eben to running back Nolan Susel that made the score 9-6 at the end of the first quarter.

The Eagles scored three touchdowns in the second period to take a 30-6 halftime lead. The first came on a one-yard “speed flip,” according to CSC Offensive Coordinator Micah Smith, from quarterback Dalton Holst to Cole Thurness, both of whom wrapped up their careers Saturday with some outstanding numbers that enhanced their places in the CSC record books.

Freshman Brock Ping had ripped off 22 yards up the middle on the previous play.

Cox also dashed 17 yards up the middle for his second touchdown in the middle of the second stanza soon after a Black Hills punt hit one of the punter’s protectors in the back and bounded 44 yards the wrong way as far as the Yellow Jackets were concerned for one of the most freakish things most football fans will ever witness.

Then with 2:18 left before halftime, Holst connected with wide receiver Ahlonte Hair for a 71-yard scoring strike that capped a 99-yard drive after the Yellow Jackets had downed their punt on the CSC one.

Jones kicked field goals of 43 and 30 yards to open the scoring in the third period. The first was preceded by a 24-yard end-around pass from wide receiver Mikelson to tight end Peter Krohn, and the second followed cornerback Bobby Peele’s interception. It was Peele’s fifth pick this fall and his ninth in 15 games with the Eagles.

Smith said Mikelson’s pass was intended for Thurness, but he was knocked off his route and Krohn grabbed the ball.

As the third frame was drawing to a close, Holst connected on a 38-yard scoring pass to Mikelson, who got wide open behind the Black Hills defenders, putting the Eagles ahead 43-6.

Holst and Thurness, both seniors and CSC stalwarts the past five years, counting last year’s COVID-shortened season, hooked up on a 32-yard pass early in the fourth quarter and completed the drive two plays later with a four-yard toss.

Holst finished the day completing 16 of 22 passes for 236 yards and four touchdowns, giving the Gillette, Wyo., product 11,461 yards and 97 touchdowns through the air, both Chadron State career records. The old marks belonged to Jonn McLain, the Eagles’ signal caller 2010-14.

Thurness was the Eagles’ leading receiver Saturday with eight catches for 99 yards and two TDs, allowing him to also rank among the school record-holders. The Rapid City native finished with 193 receptions to break Cory Brooks’ record of 188 dating back to 1992-95, and he caught 16 TD passes this season to match Tevon Wright’s record that was set in 2019.

CSC also scored with 5:55 remaining when alternate quarterback Mason Hamilton hit Krohn with an 11-yard pass in the end zone.

The win was Coach Jay Long’s 60th as the Eagles’ mentor. He also had won 15 games while serving as the Black Hills coach before being hired his to his alma mater in 2012, and now has 75 wins as a college coach.

Taryn Foxen could be playing again, but she’s in Prague