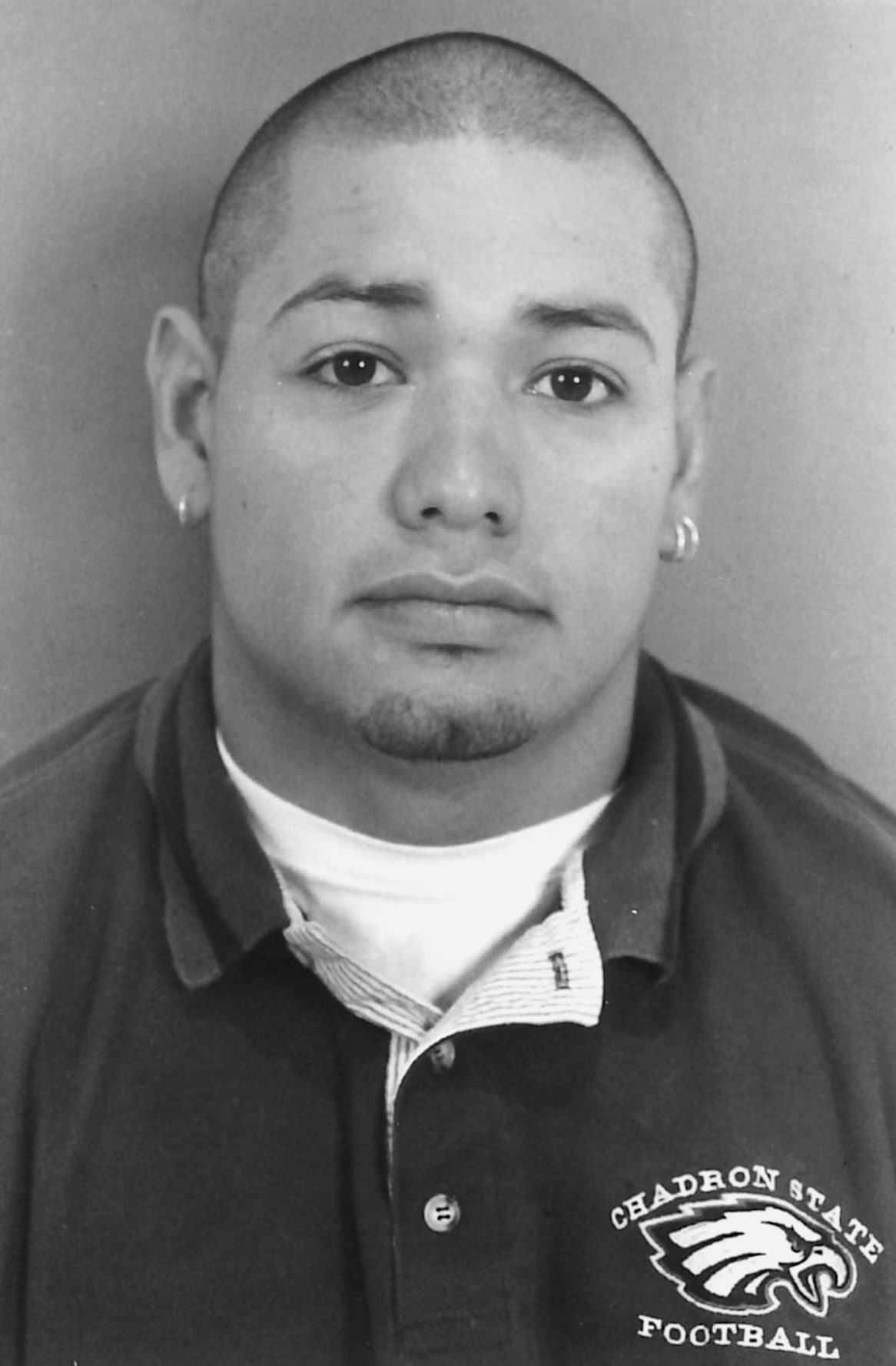 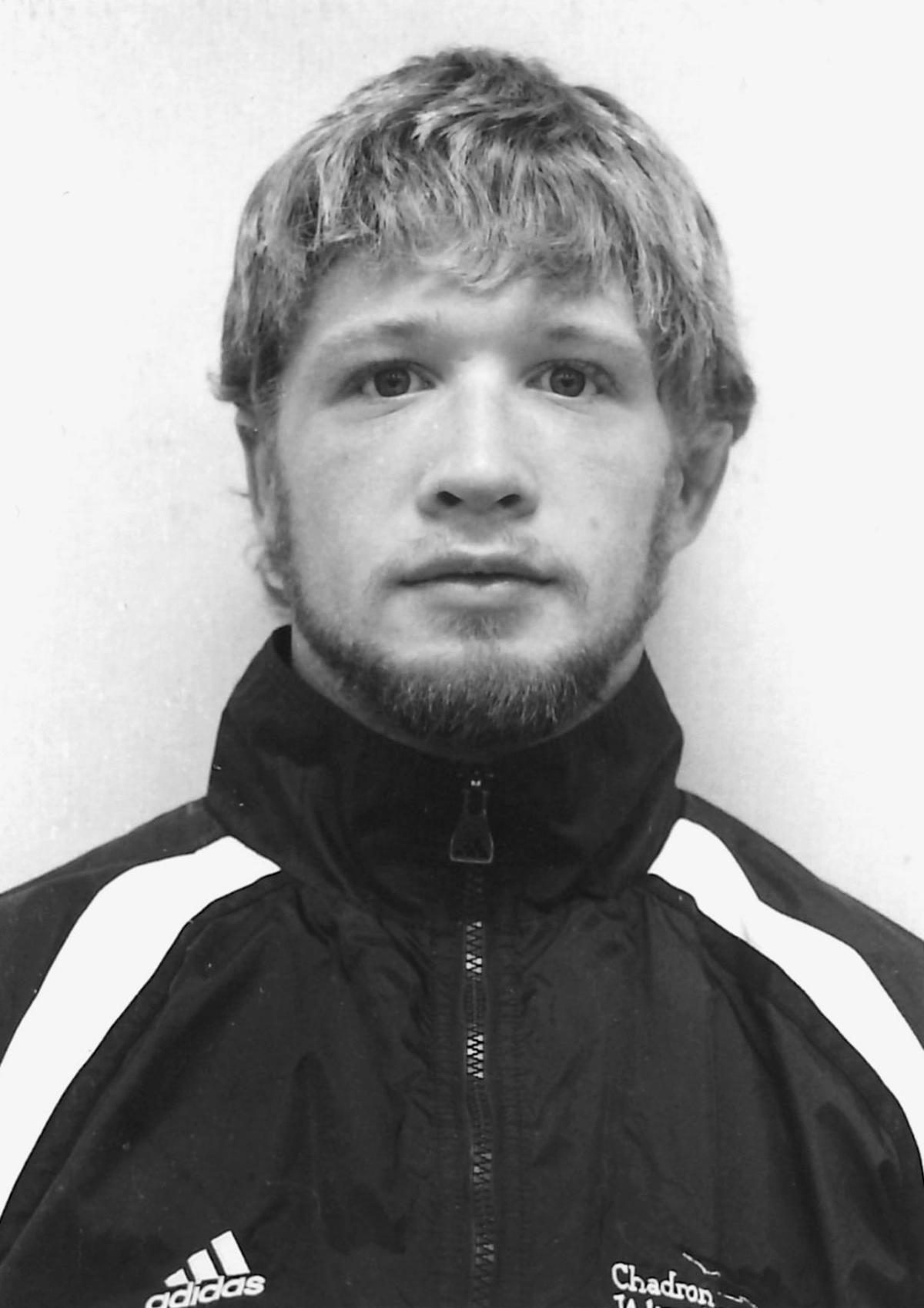 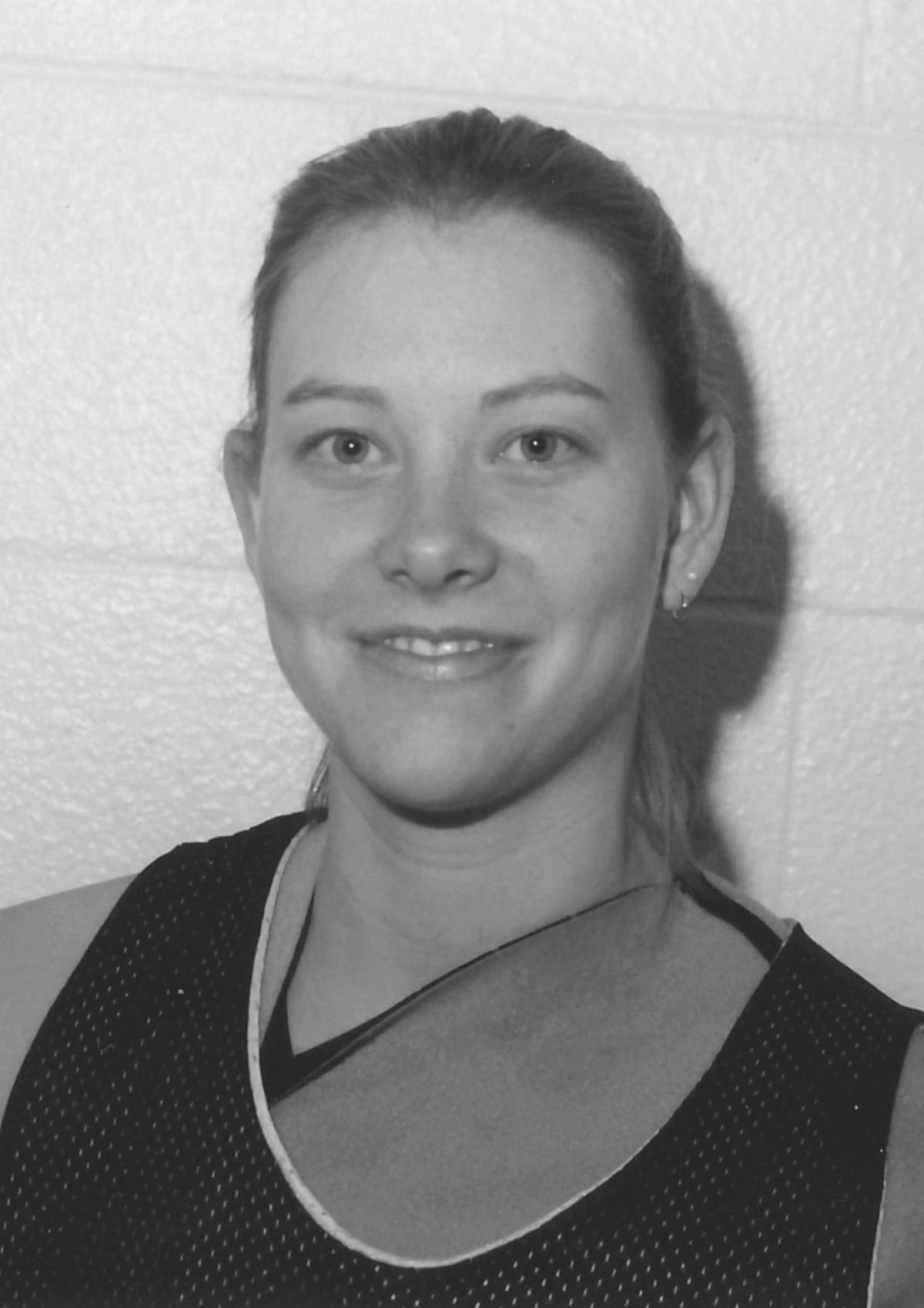 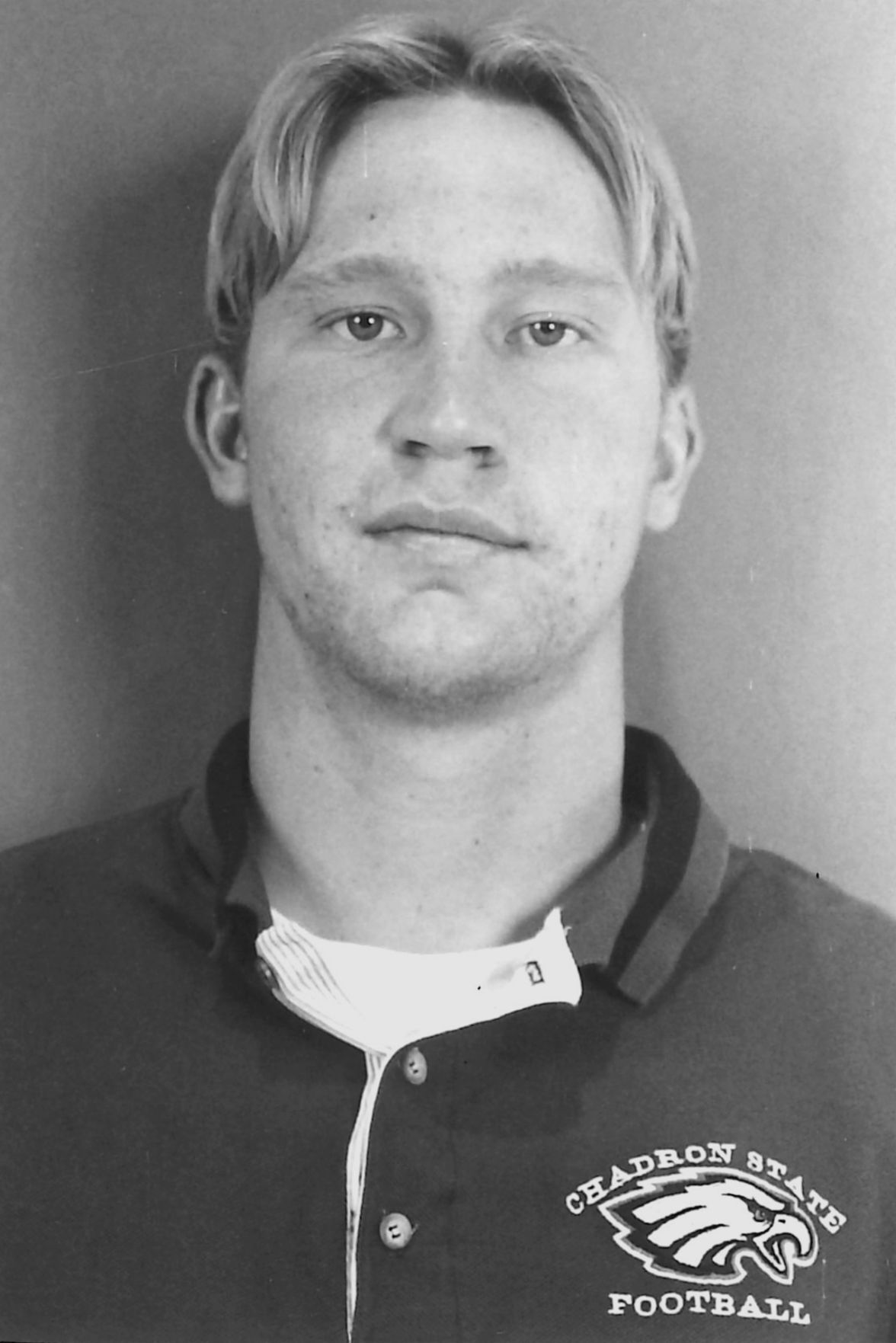 Four former Chadron State College student-athletes will be inducted into the CSC Athletic Hall of Fame during ceremonies beginning at 6 p.m. Saturday, April 24 in the Student Center.

They are basketball player Melissa Burke, wrestler Jordan Johnson and football players Aric Lopez and Michael Wahlstrom. They were among 10 ex-Eagles chosen to enter the Hall of Fame last fall, but because of COVID-19 concerns, the inductions could not take place. The program was rescheduled for this spring, but the six remaining selections have asked that their inductions be delayed until the fall of 2021.

Burke was a four-year starter on CSC basketball teams that qualified for the Rocky Mountain Athletic Conference playoffs her final three seasons. The Eagles won 20 games when she was a junior and 19 when she was a senior and reached the playoff semifinals both years.

A 5-11 forward, Burke scored 956 points and grabbed 441 rebounds during her career. She led the RMAC and set the CSC record for free throw shooting as a sophomore when she made 74 of 83 for 89.2 percent. She finished her career having shot 77.4 percent at the line.

As a senior in 2001, she was selected as the Eagles’ outstanding female scholar-athlete and received the Clyde Bond Memorial Award.

A 1997 graduate of Chadron High, that year Burke earned Class B Second-Team All-State honors in volleyball and Class C-1 First-Team honors in basketball. She averaged 18 points and 7.8 rebounds her senior year, when the Cardinals reached the semifinals at the State Tournament. Her daughter, Anika, a senior at Chadron High this year, also excelled as a free throw shooter, making 82 of 95 shots for 86.3 percent the past two years.

Burke is the customer service representative at Farmers State Bank in Chadron.

Johnson was a three-time national tournament qualifier with the CSC wrestling team. As a senior in 2004, he won the NCAA Division II West Regional 165-pound championship and earned All-American honors by placing seventh at the national tourney. He finished that season with a 37-13 record that still ties him for third all-time for most single-season wins at CSC.

As a senior, Johnson went to nationals having won 16 of his last 17 matches with the only loss during that stretch to two-time national champion Shawn Silvis of Central Oklahoma. He led the Eagles in pins his last two seasons with 11 as a junior and 12 as a senior. His 91 career wins are 15th in program history. He also was a two-time NCAA Division II Wrestling Coaches All-Academic choice.

Johnson won the Class D 140-pound title at the state tournament as a sophomore at Oakland-Craig High School in 1997, was inured much of his junior year and was the Class C 145-pound runner-up as a senior while wrestling for West Point High. The championship match was decided by one point in overtime. Johnson is completing his sixth year as an elementary physical education teacher and the wrestling coach at Beatrice High. His 2020-21 team placed second in Class B at the Nebraska State Tournament and the Nebraska Wrestling Coaches Association selected him the Class B Coach of the year.

Johnson and his wife Lacey have six children.

While most football players strive to get bigger while playing in college, Aric Lopez was an exception. At the urging of Defensive Coordinator Todd Auer, he lost from five to 10 pounds each of his final three seasons with the Eagles so he’d be faster and quicker. As a senior in 2002, when he led the team with 94 tackles and was first-team all-conference and West Region, he was among the smallest inside linebackers in the RMAC at 195 pounds.

After not lettering as a redshirt freshman, Lopez broke into the starting lineup as a sophomore, and finished with 53 tackles. As a junior, he had 66 tackles, 46 of them solos, to go with three pass interceptions. That season he also returned a fumble for a touchdown in the playoff game against Tarleton State and was Second-Team All-RMAC. Then came his great senior season, when his tackles included 77 solos, seven sacks and 11 more stops that were behind the line of scrimmage.

During his three years as a starter, the Eagles were 26-6, reached the NCAA II playoffs twice and were ranked among the nation’s top 20 teams twice.

Lopez was all-state at both tight end and linebacker and made the Casper Star-Tribune’s Super 25 team his senior year at Campbell County High in Gillette. He earned a degree in criminal justice from Chadron State, worked as a detective for the Rapid City Police Department for six years and was in insurance and banking the next six years. This is his fifth year as managing partner of Campbell Lending Group that is affiliated with CMG Mortgage, a Rapid City firm that provides home loans in six states. Aric and his wife Terri have three children.

After having a tremendous athletic career at Chadron High School, Wahlstrom earned a letter as a special team player at University of Wyoming in 2000. He transferred to Chadron State in the fall of 2001 and had three outstanding seasons at wide receiver. He caught 47 passes for 650 yards and four touchdowns in 2001, 64 for 801 yards and seven TDs in 2002 and 37 for 508 yards and five TDs as a senior, when he missed two games because of a sprained ankle.

When he graduated his career totals of 148 receptions for 1,969 yards and 16 TDs were among the Eagles’ top six all-time. He was First-Team All-RMAC as junior and second-team as a senior. One of his big games was at Fort Hays as a junior, when he set the school record by catching 14 passes that gained 235 yards. He caught at least two passes in all 29 games he started at receiver for the Eagles and also held for the placekickers in every game all three years.

Wahlstrom was the quarterback on Chadron High’s 12-1 football team that reached the Class B state championship game his senior year in 1998, when he completed 60.6 percent of his passes for 2,486 yards and 33 touchdowns and carried the ball 124 times for 674 yards and 11 TDs while earning All-Class, All-State honors from both the Omaha and Lincoln newspapers. Just four of his 218 passes were intercepted that season.

Wahlstrom also was First-Team All-State after being the leading scorer on Chadron High’s Class B state championship basketball team in 1998-99 and placed in the 300 hurdles at the state track meet that spring. He earned both bachelor’s and master’s degrees in business from Chadron State and now is in charge of sales and account management for Blue Cross-Blue Shield in Atlanta.

The others who have been voted into the Hall of Fame and are scheduled to be inducted this fall are basketball player Elijah Collins of Aurora, Ill., football players Rob Evans and Austin Forster, both Gordon natives, and Marvin Jackson of Cheyenne and volleyball players Kelly Kraus Randle of Denver and Alysia Wardyn Clark, a graduate of St. Paul High who lives at McCool Junction, Neb.

Red-clad athletes dominated the Western Conference Track and Field Meet at Cardinal Field on Saturday. The members of all three of the top tea…

Sparked by victories in both of the men’s relays, the Chadron State College track and field team closed out the Rocky Mountain Athletic Confer…

With temperatures dipping into the low 40s, the athletes were shivering last Friday during the Chadron High School Twilight Meet at Cardinal F…

Best of West bring out the best

The Best of the West Track and Field Meet in Scottsbluff brought out the best in northwest Nebraska athletes a majority of the time on Monday.

Double winners claimed most of the victories on the track during the Panhandle Conference’s Meet at Morrill last Friday.

To the surprise of no one who saw her play before she and her family moved, former Chadron High School basketball standout Olivia Reed had an …