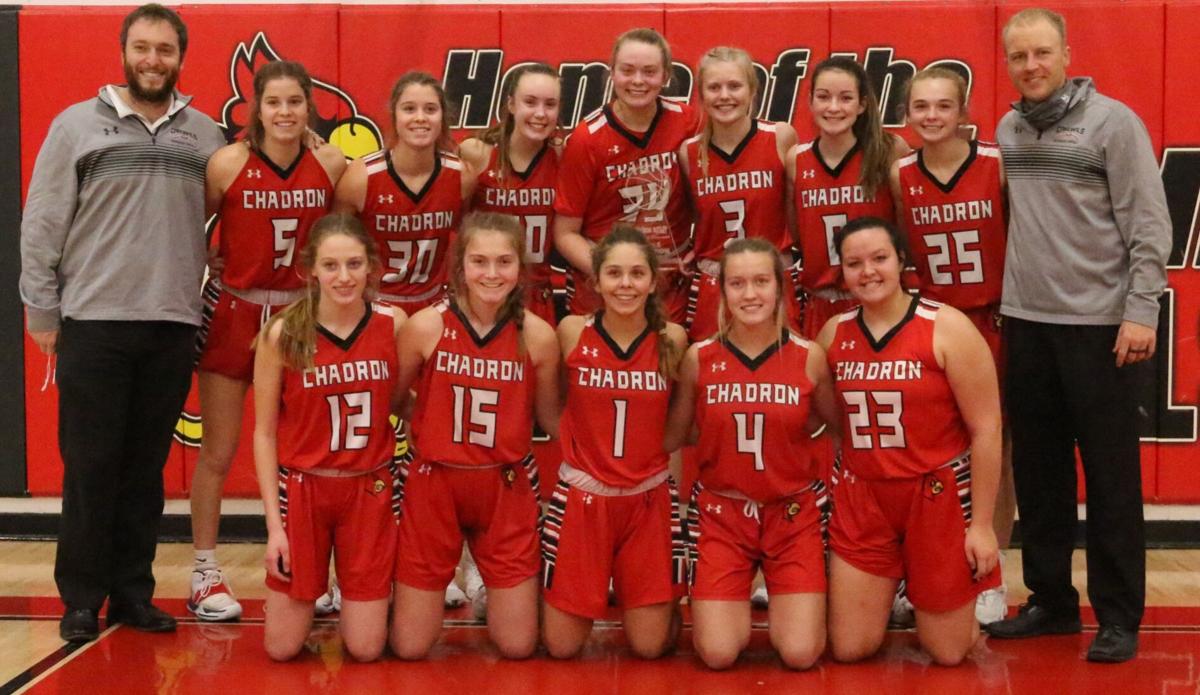 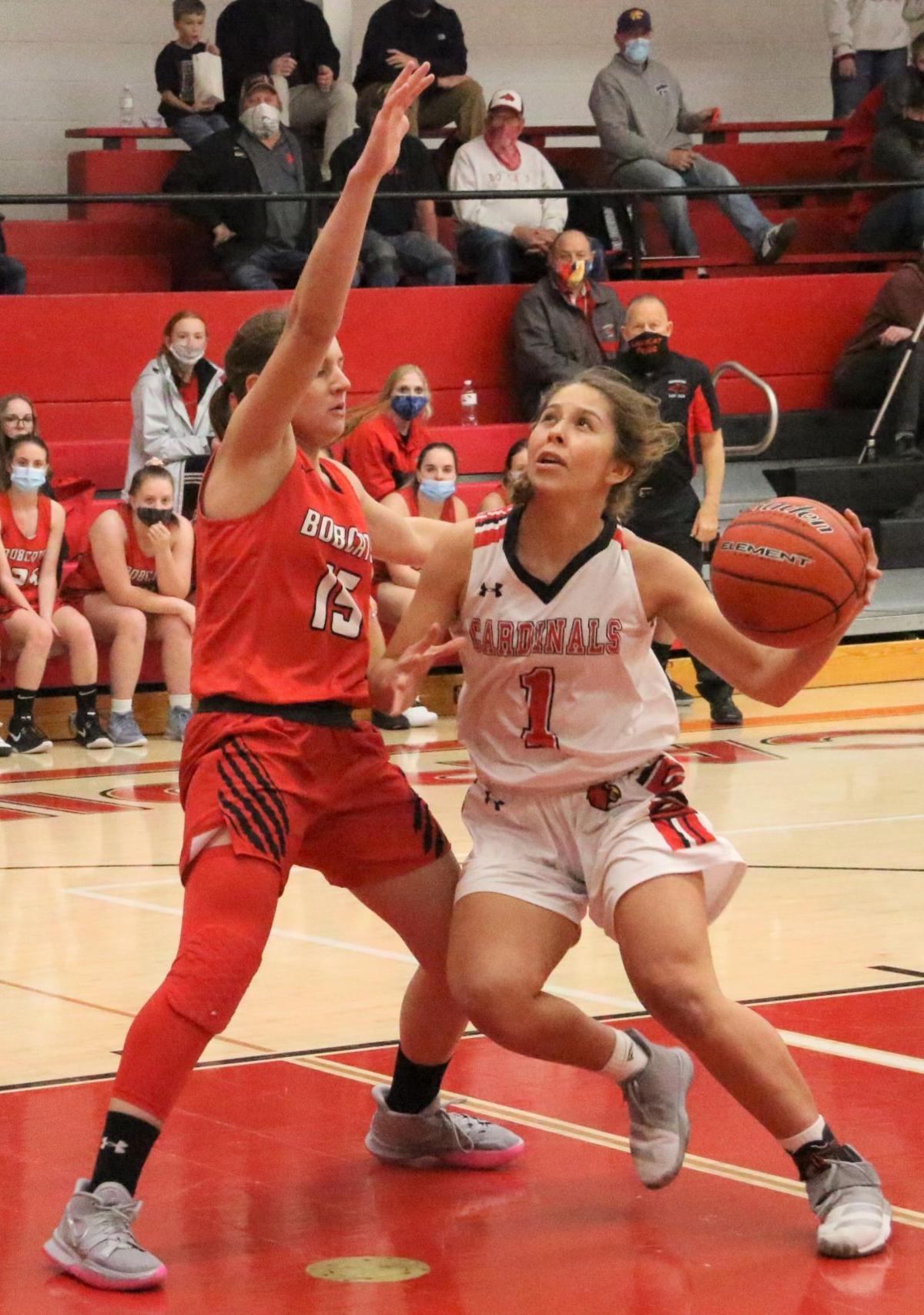 Chadron High point guard Jacey Garrett drives to the basket against Hemingford’s Catherine Bryner during the opening round of the Rotary Classic last week.

The Chadron High girls’ basketball team closed out the 2020 portion of its schedule by playing well while winning the championship at the Rotary Club’s Holiday Classic in the Middle School Gym last week.

After losing four straight games, the Lady Cardinals breezed past Hemingford 52-32 in the opening go-round, then stifled Valentine 43-19 in the title tilt. It was Chadron’s sixth championship in the 10-year history of the classic.

“We wrapped the Old Year on a high note,” Coach Jonn McLain said. “The players did a nice job in both games. I thought we shot the ball better than we had in the previous three games and we had a standout defensive effort versus Valentine. I think if the girls defend like that, we can compete in a lot of games even when the shots aren’t falling.”

The Cardinals tallied 16 points in each of the first three periods against Hemingford while building a decisive 48-27 lead. Hemingford hit four of its first six field goal attempts to go ahead 8-2, but Chadron had a 16-12 margin at the end of the first quarter and limited the LadyCats to just two points in the second frame.

Although Jacey Garrett and Daniels each sank 3-pointers in the opening quarter, neither team “burned the nets” in the game with Valentine until the Cardinals tallied 18 points in the fourth to seal their runaway victory.

The Cards’ only senior, Anika Burke, led all scorers with 11 points on four of eight shooting from the field, including a trey. She also grabbed a team-high nine rebounds. Garrett, Ferguson and Daniels all finished with eight points for the winners.

In summarizing the Cardinals’ performance, McLain said more players are contributing, and the girls are figuring out their roles and how to take advantage of situations.

“We’re still learning and have lots of things we can improve upon,” the coach noted. “We are capable of playing good basketball.”

The Chadron State College track and field team will launch its indoor season on Saturday, Jan. 16 by entering a meet hosted by Wayne State College.

While shooting better than 50 percent from the field in each game, the Chadron High School boys’ basketball team last week won its sixth Rotar…

Floyd Coleman’s obituary in the Chadron Record this fall said he played football while attending Chadron High School, but it did not mention t…

Chadron High point guard Jacey Garrett drives to the basket against Hemingford’s Catherine Bryner during the opening round of the Rotary Classic last week.