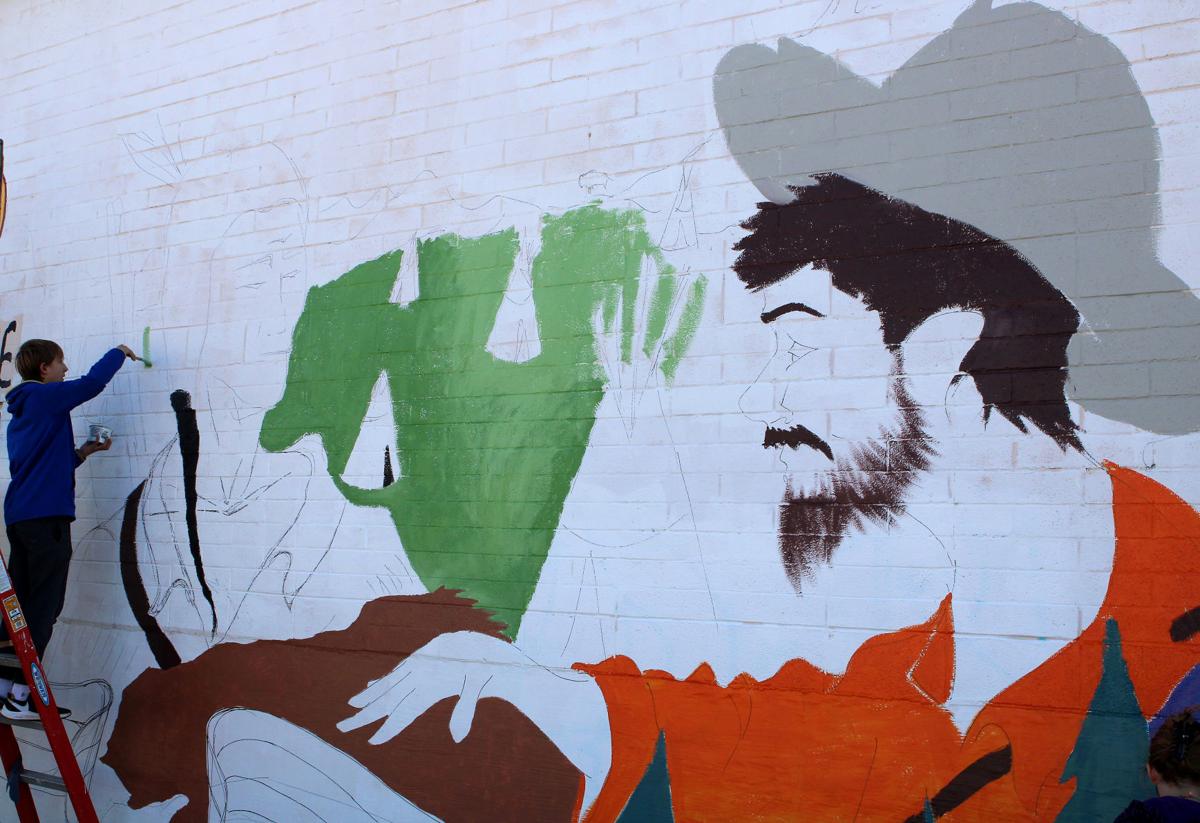 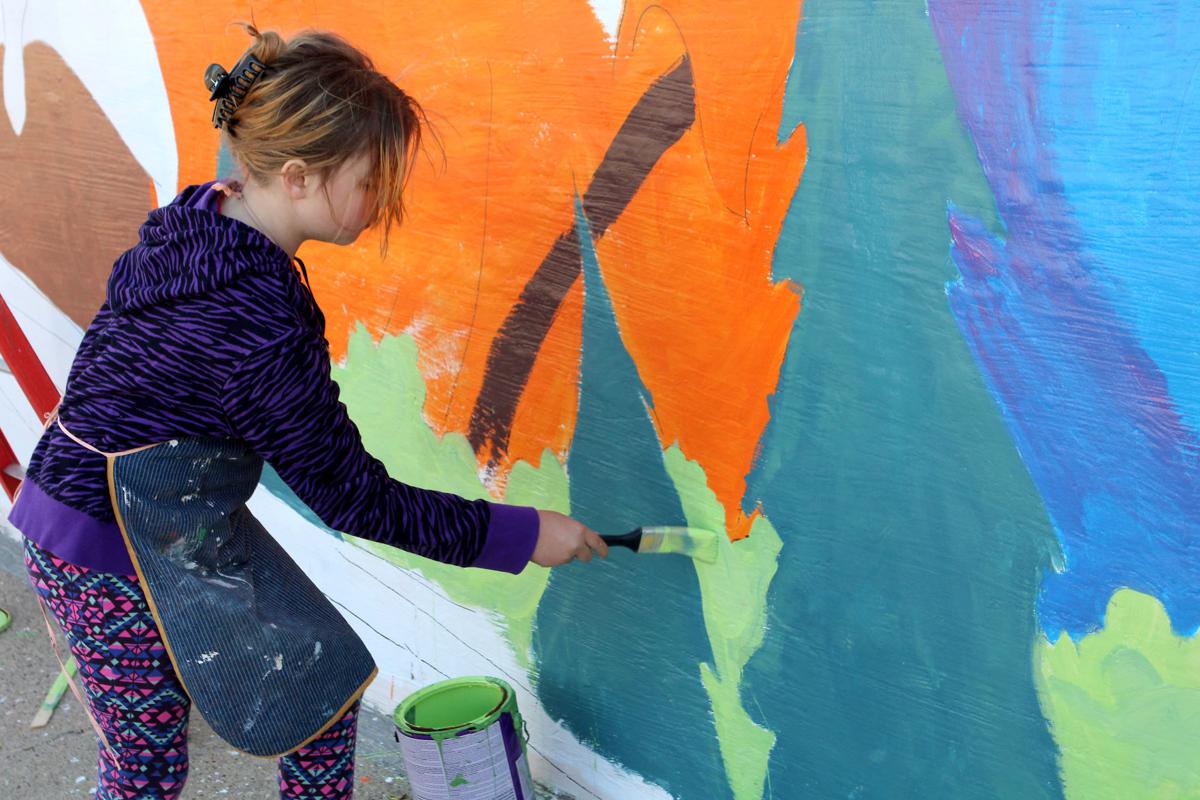 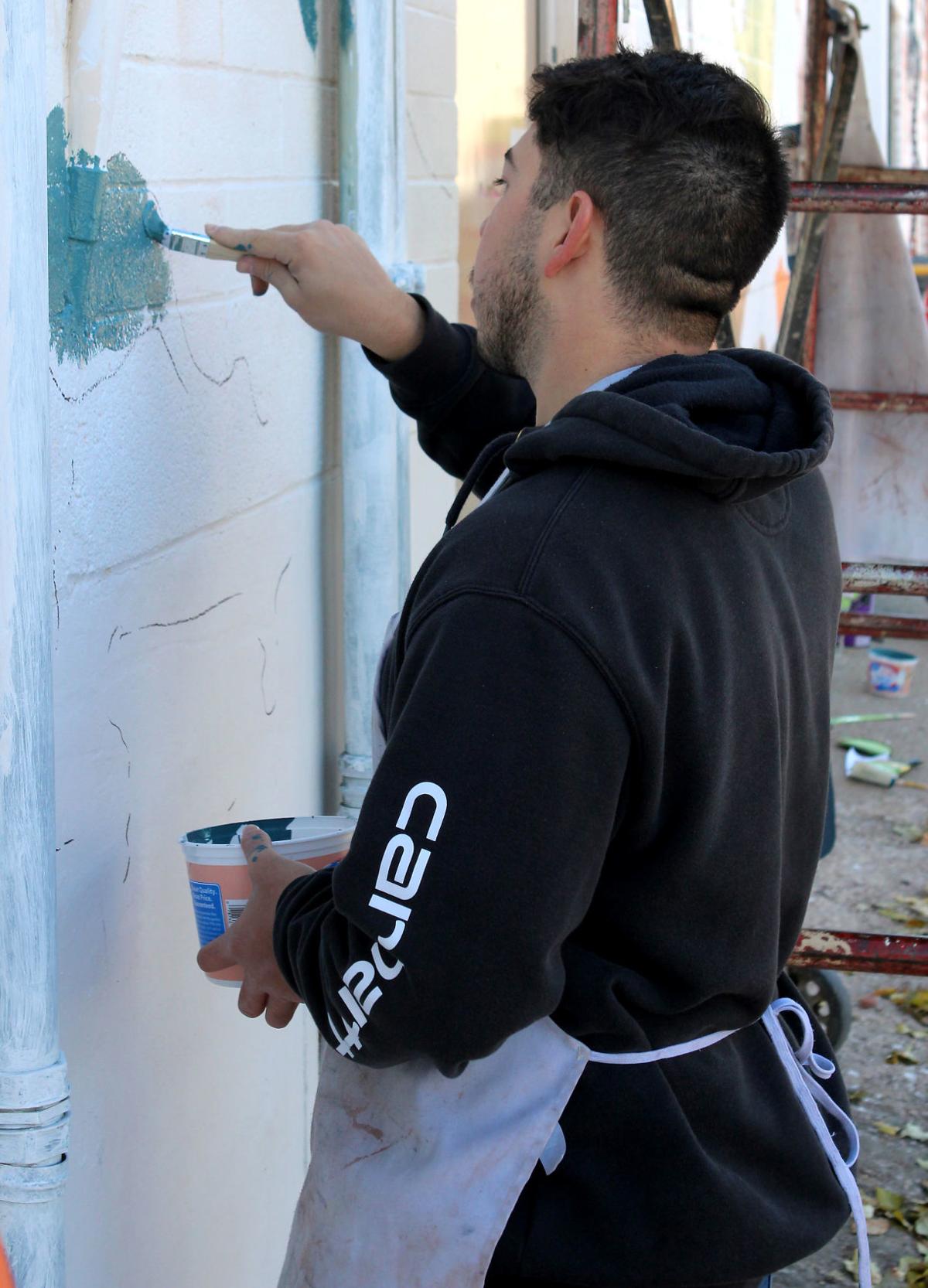 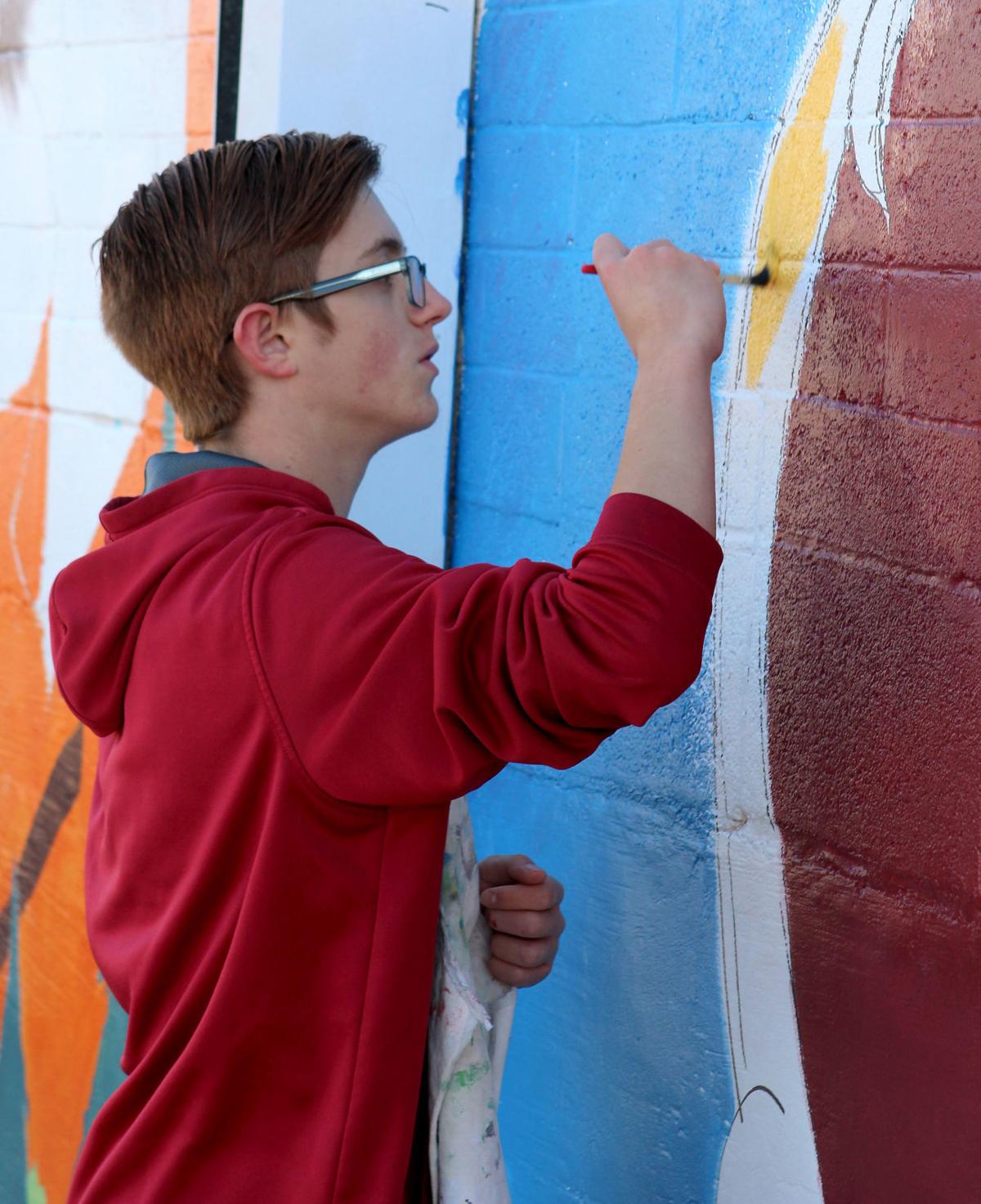 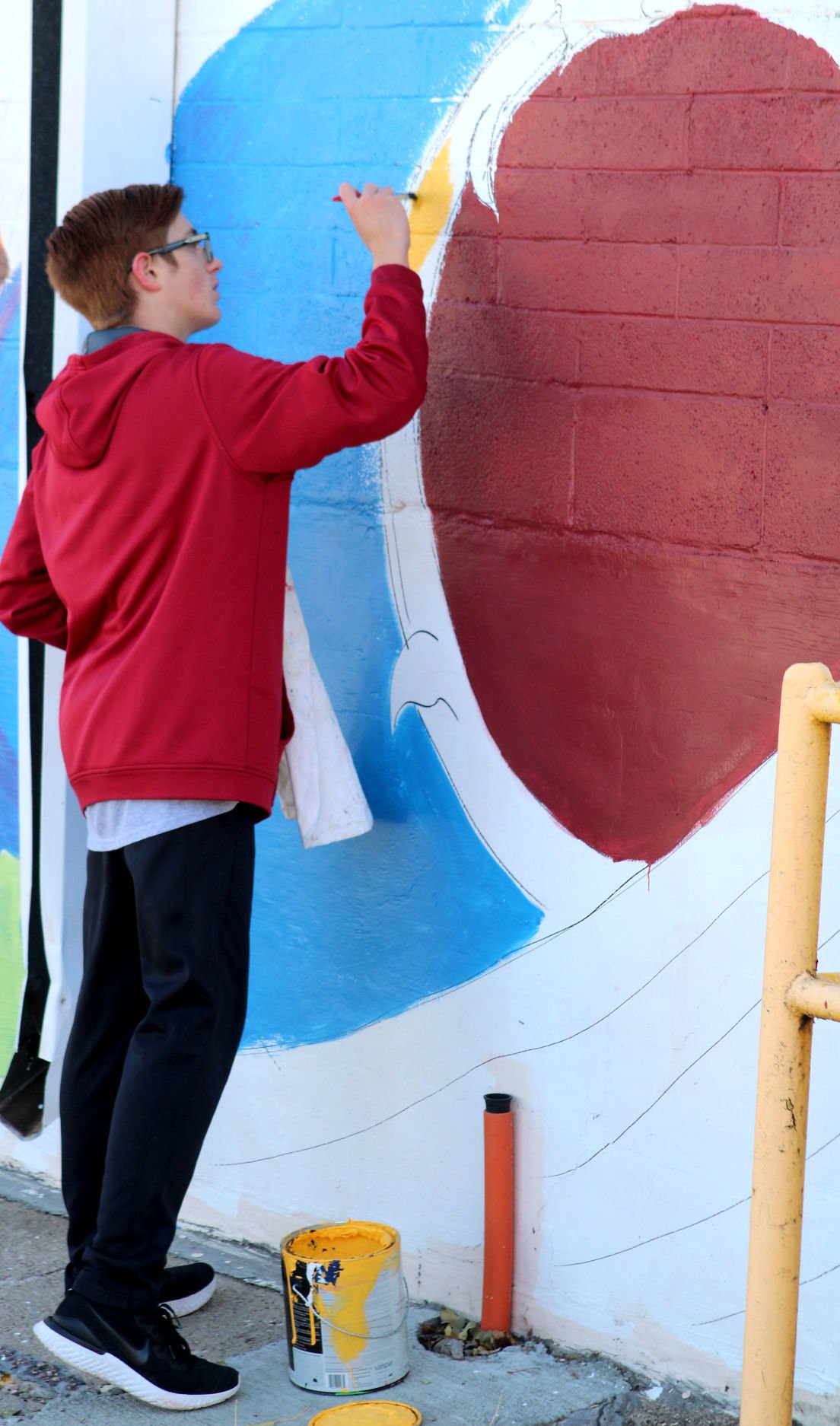 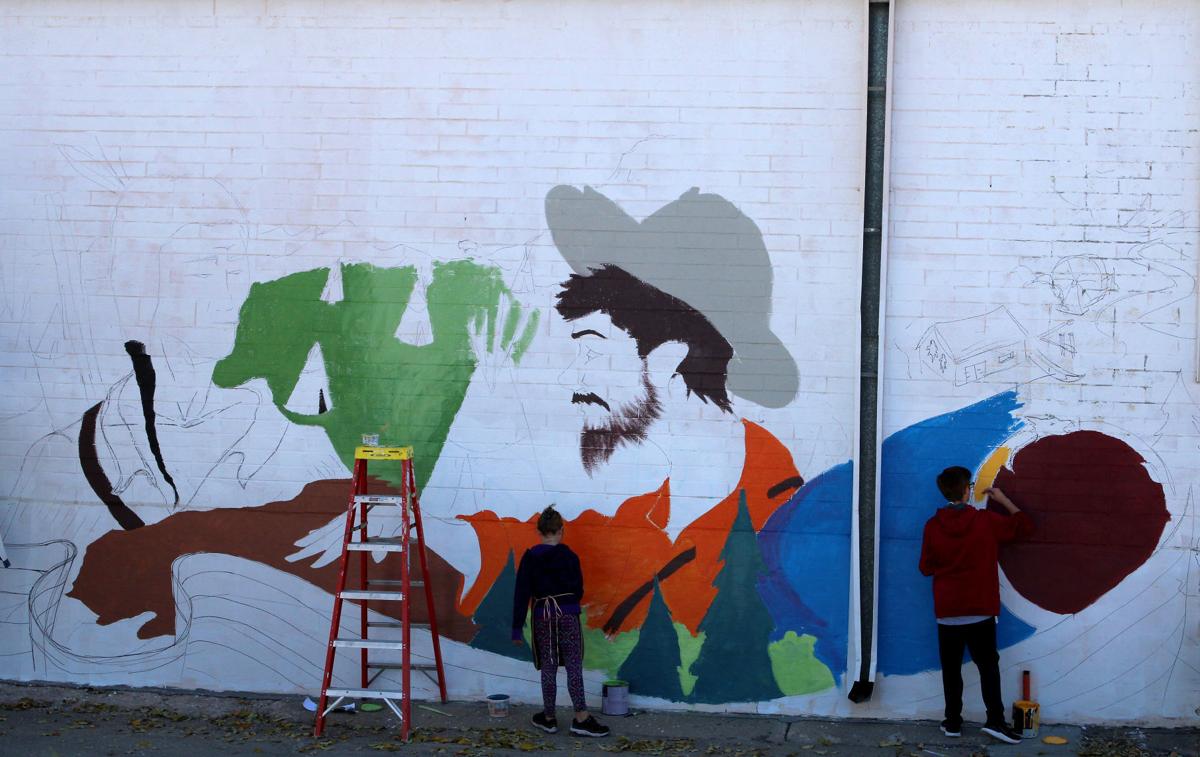 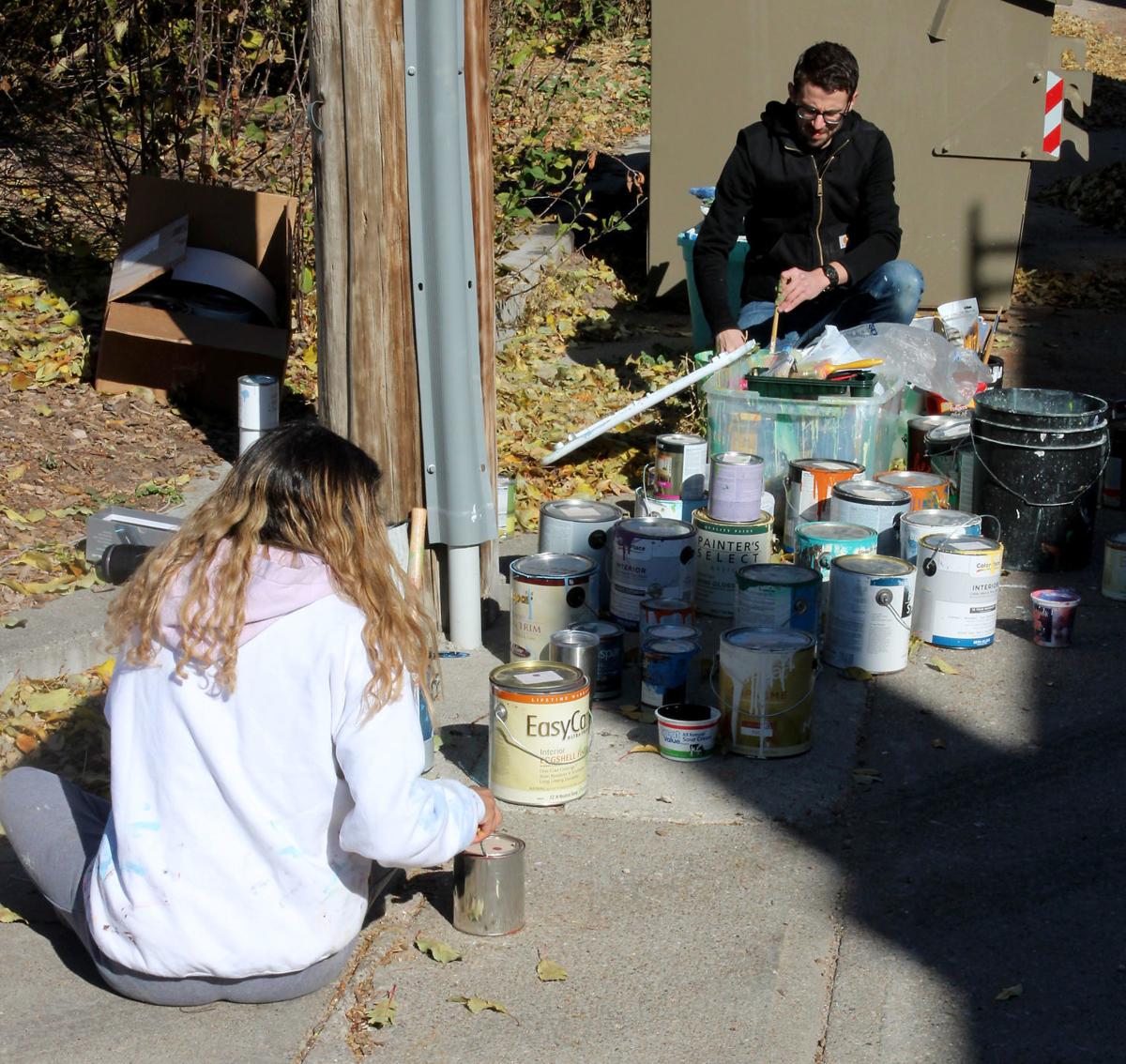 In June of this year, volunteers launched Paint the Town -  an effort to provide residents and tourists another reason to come to downtown Chadron.

A mural on the back of Bloom was the first step in creating an art alley.

A large mural on the back of EJ's BBQ and Take-out is the fifth project to be completed. A small group of volunteers completed that mural Saturday.

Art alleys have become popular interactive tourist destinations, providing spaces for photo opportunities for visitors. Rapid City, S.D., began creating its Art Alley between Sixth and Seventh Streets in 2005, and the Gallery Alley in the Haymarket area of Lincoln is another popular artist-inspired stop for visitors.

Hencey, the art teacher at Chadron High School, led a team of young volunteers in completing the newest mural that features a western theme with a Native American and settler as the main figures.

The steering committee hopes Paint the Town also will bridge gaps in the community, bringing people together to work on the murals. They have reached out to businesses, artists, children’s and student’s groups.

The steering committee has established a Go Fund Me account for donations for Paint the Town, and is also accepting in-kind donations in the form of items like brushes, paint and drop sheets. Businesses interested in hosting a mural can contact the committee; there is no cost associated with doing so unless the business would like to make a donation to the cause.