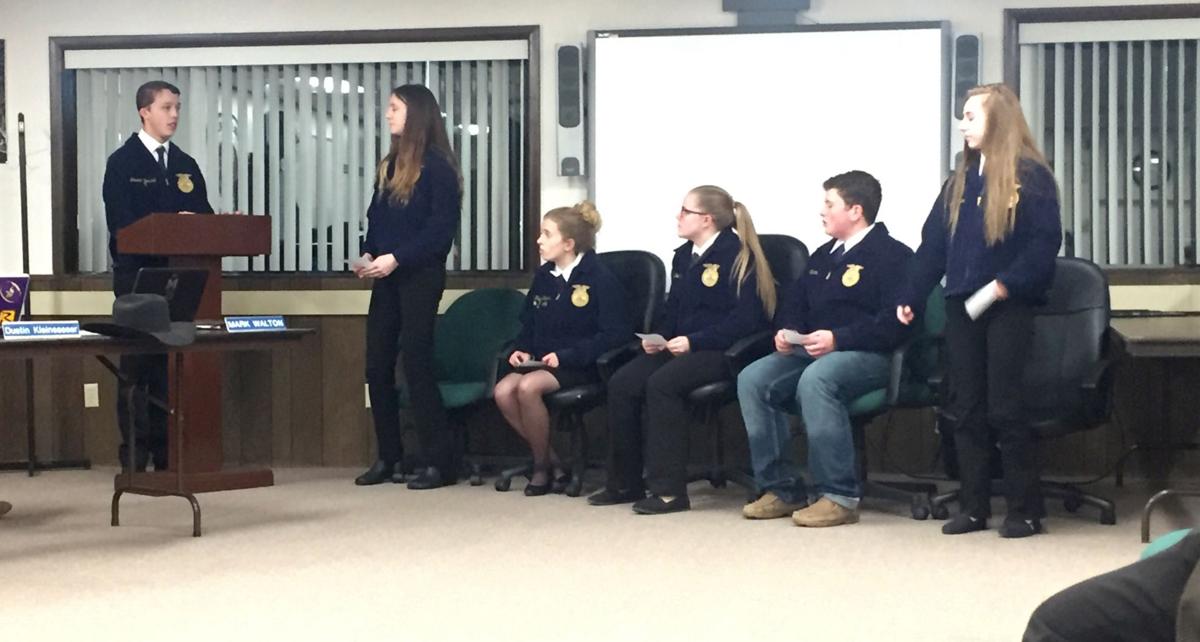 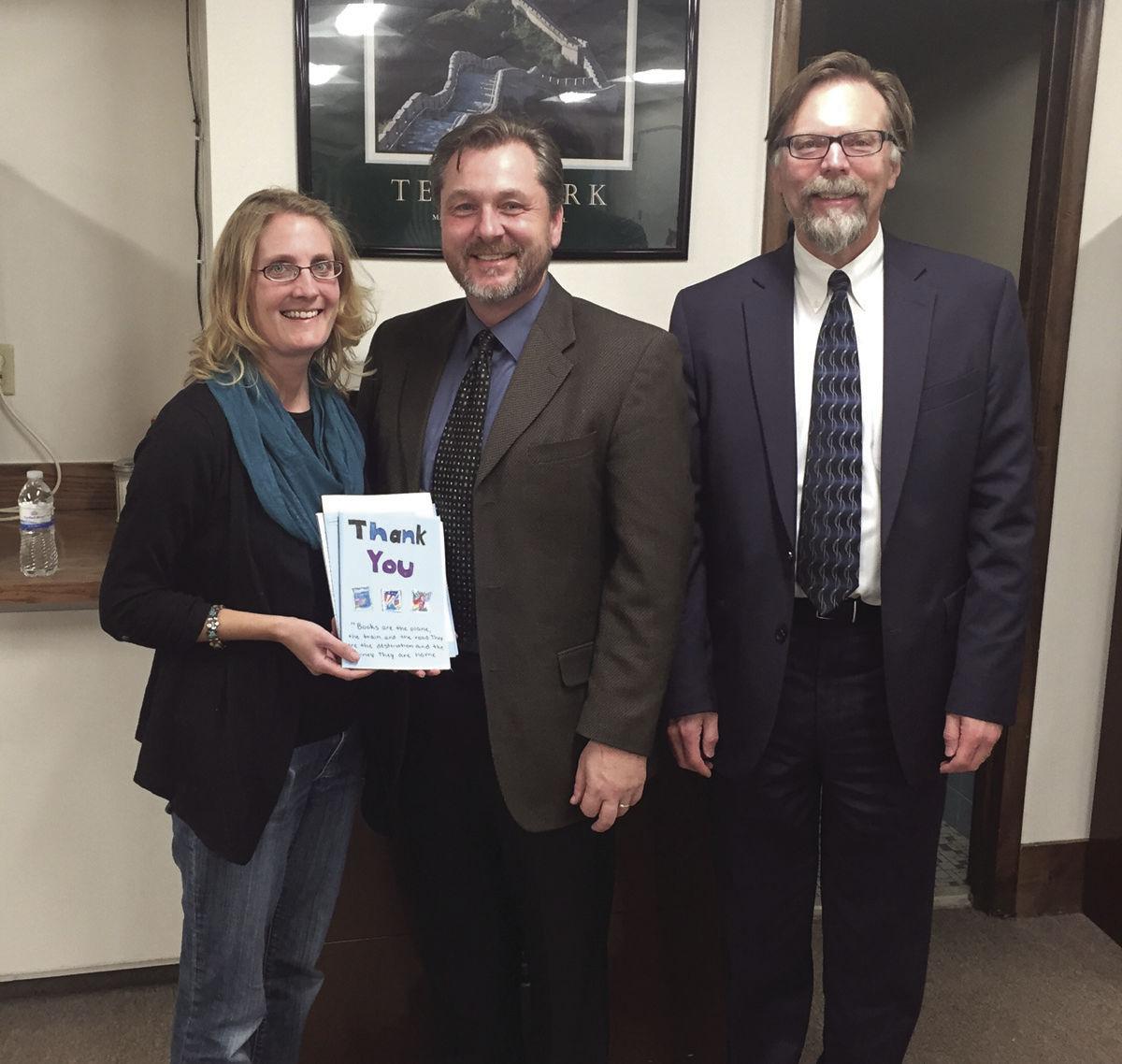 HOT SPRINGS – Hot Springs School Board members were treated to a lesson in Roberts Rules of Order at their regular meeting last week, on Monday, Nov. 13, as students in the Hot Springs FFA Parliamentary Procedure team – which recently qualified for the State FFA Competition – demonstrated their knowledge of parliamentary law as they conducted a mock chapter meeting.

The mock discussion in which the FFA members demonstrated involved their club’s plans to solicit turkey donations at local grocery stores for the upcoming Thanksgiving holiday.

After witnessing the team’s very precise, and oftentimes very animated and entertaining, interpretation of proper meeting etiquette, some board member joked that they were glad the FFA members were not in charge of their meetings.

In only its third year, Advisor Tanna White said the Hot Springs FFA boasts 47 members and is currently one of the largest in the district.

Also during the Presentations portion of the meeting, Middle School/High School Librarian Sarah Jamieson spoke about the fundraising website Donorschoose.org and how she had submitted a proposal to the website to raise funds for some books she was hoping to add to the library. She made the approximate $880 pitch through the website during a special promotional period where the site would match any of the funds raised.

Shortly after word got out about the need for funds, Jamieson said $450 was donated by the local law office Sword & Ahrendt, which with the website’s match, fulfilled her goal. She added that within 7-8 days after the payment for the books was placed, they had arrived and made available to students.

During New Business, board members unanimously approved a new process to pay some of its bills using a line of credit through AP/Business cards. Business Manager Deb Ollerich said using the new cards have many advantages, including the cash back awards program that goes along with it, as well as the fact that it will help with cash flow issues as she will now be able to better control the out of pocket costs to the district.

Ollerich said the new service is being provided through First Interstate Bank in Hot Springs, and she remarked how satisfied she was with the bank’s very personable customer service.

Also during New Business, it was agreed to close out six different inactive Trust & Agency Accounts (aka T&A accounts). Ollerich sited that all have either been inactive for several years or no longer relevant. The accounts included:

• Track Maintenance/Equipment ($669.63), which has not used since 2006. The money will be moved to Capital Outlay and put towards the purchase of a new high jump pit.

• Pop Fund ($0), account was set up for commission checks from Pepsi and used to pay for Employee Flu Shots. Account will be closed as it does not fit criteria of a T&A account.

• Health & Wellness ($39), not used since 2010. Funds will be combined with incoming funds from Pepsi and then spent towards programs that focus on employee morale.

Near the close of the meeting, building administrators provided updates to the board, where Special Education Adminstrator Kelly Bilbrey said the school will need to look seriously at the impact to the district when a student will need to be sent out of district for placement, due to special needs. She said costs range from $200,000 to $250,000 per person.

During Supt. Kevin Coles comments, he expressed the fact that it was currently American Education Week and that he thanked all of faculty for their hard work. Board members Kim Henningsen and Frances Stokes also spoke of their admiration for all of teachers, specifically the several elementary teachers who were in attendance at the board meeting.