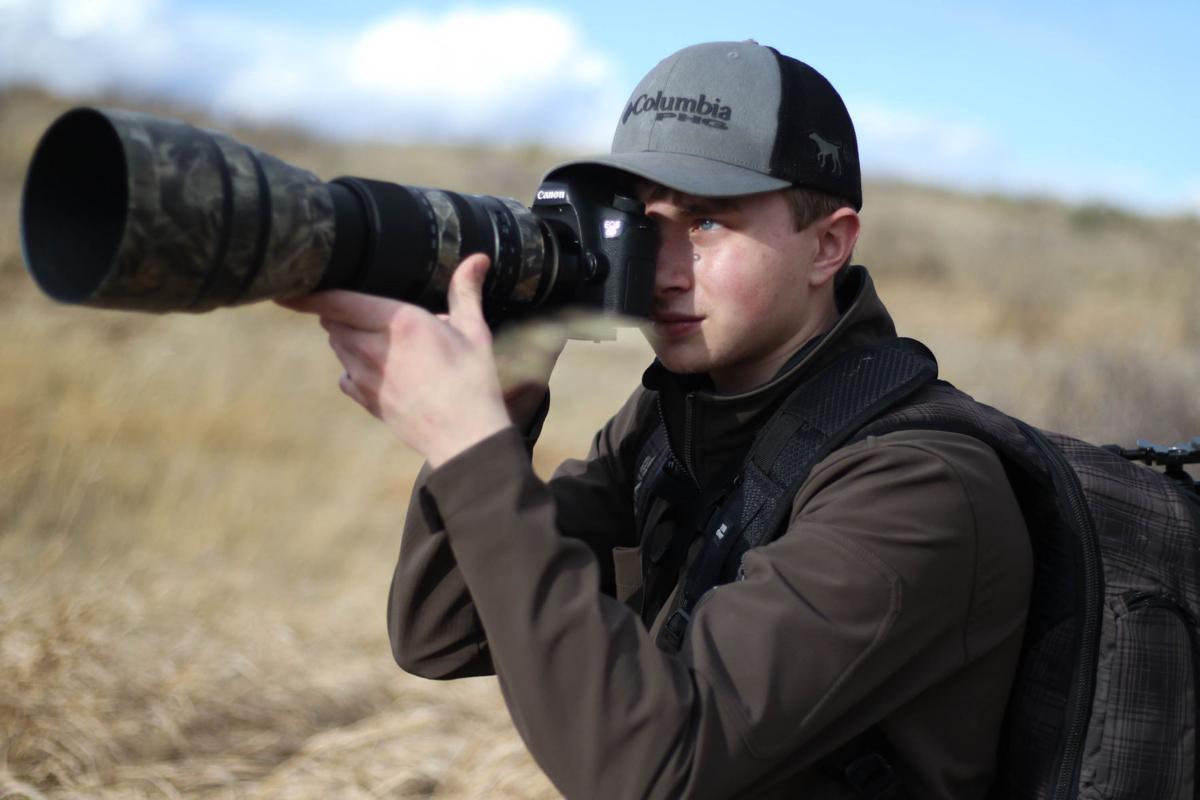 Leith Sandness, 17, of Belle Fourche, takes photos of the landscape in his favorite spot to take pictures Thursday, a prairie near his home. 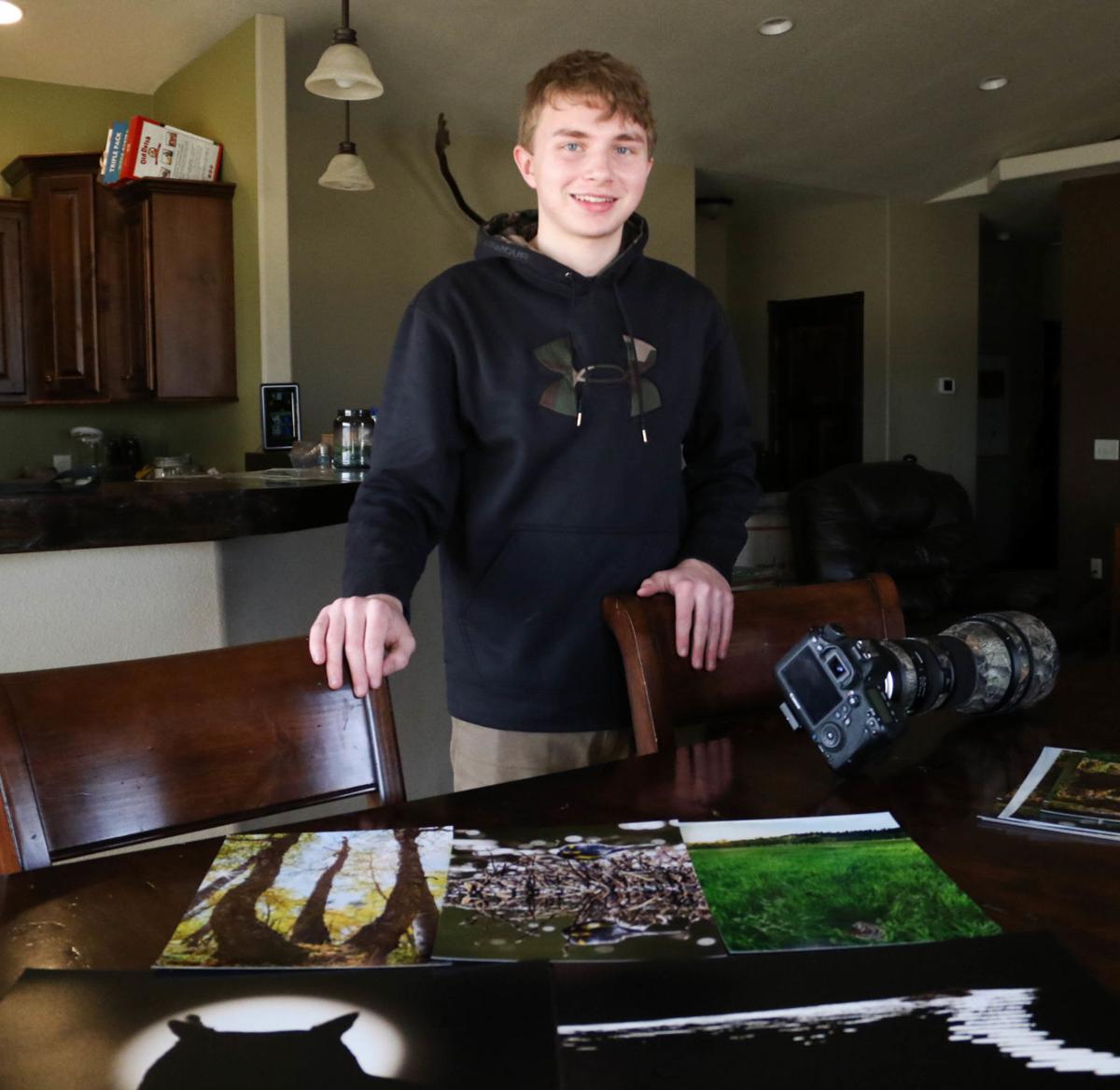 Sandness with the photos he entered into the Dahl Mountain Photo Contest for 2021. 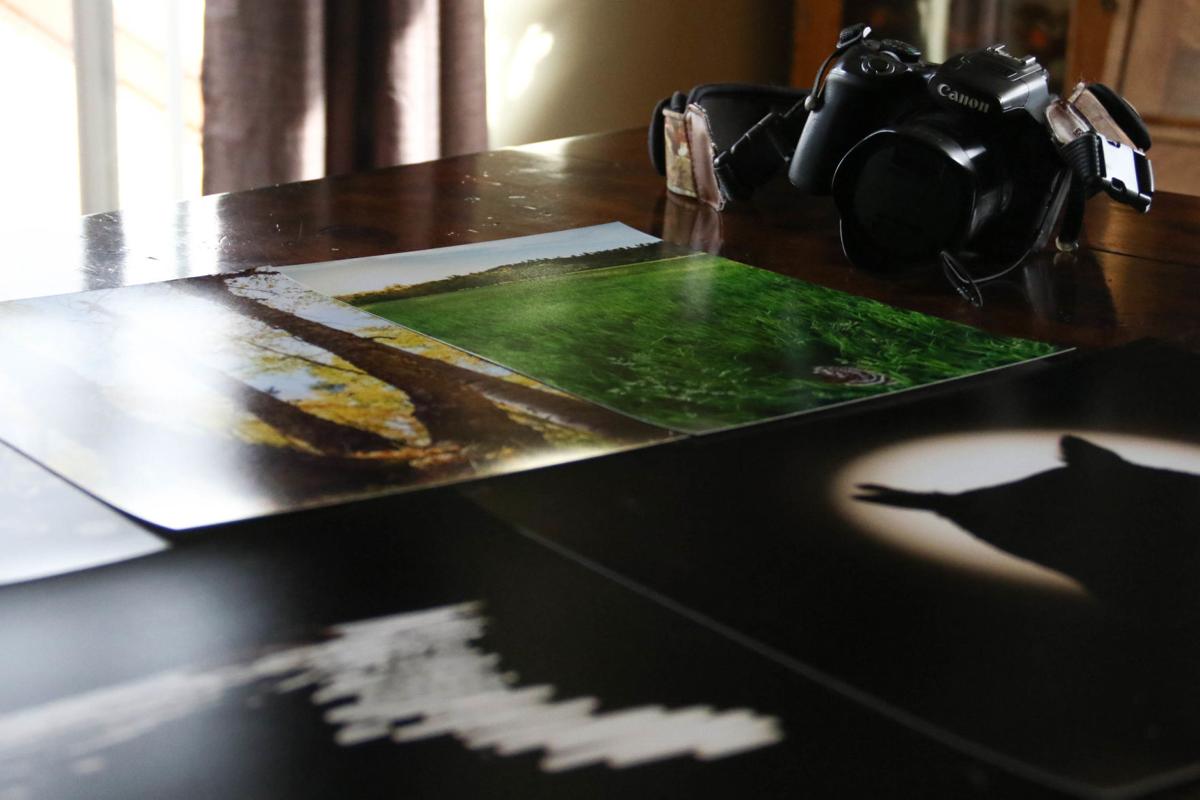 Photos Leith Sandness, 17, of Belle Fourche entered into the Dahl Mountain Photo contest, along with his first "real" camera. 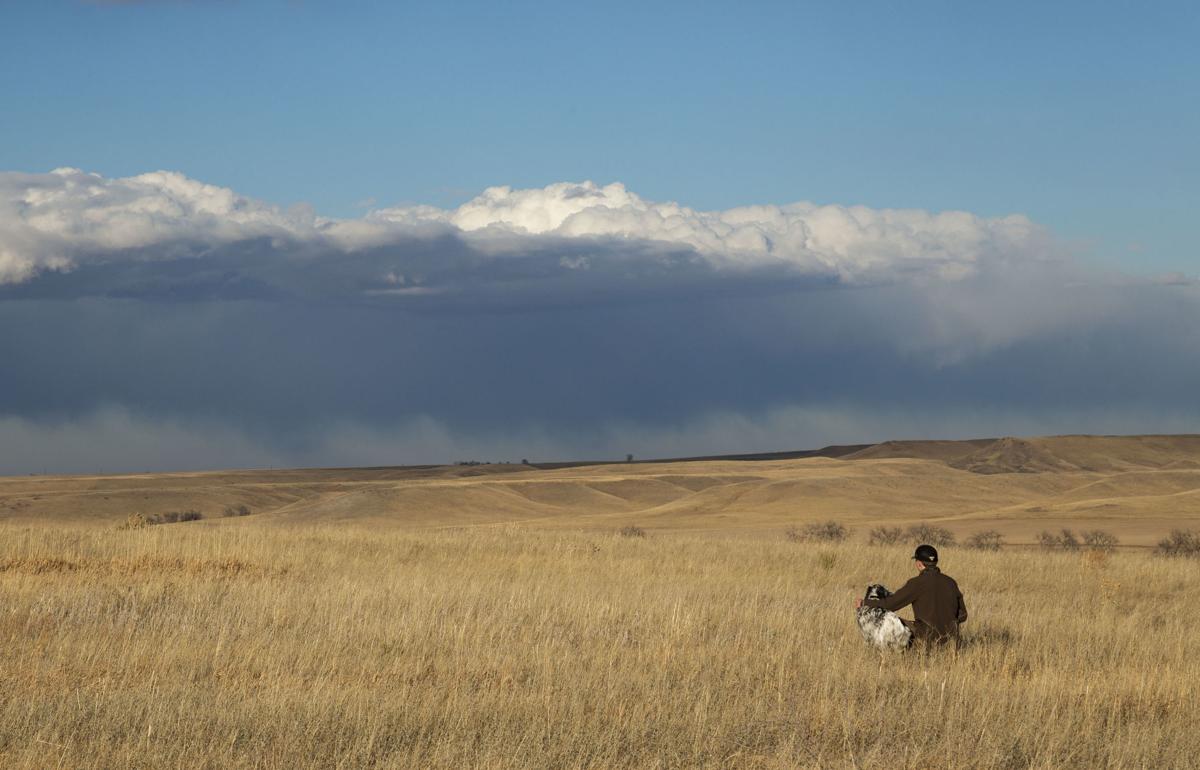 The 17-year-old keeps his right hand on the 150-600 mm lens tripod foot as he walks toward the familiar grassland.

“Anywhere in nature is my favorite place, regardless of if I’m taking pictures or not,” he said.

Sandness, of Belle Fourche, took second place in the adult amateur category for the 17th annual Dahl Mountain Photo Competition and Exhibit, the first time he entered the category and his fourth year entering the contest.

The contest is a juried photography exhibition based on mountain culture. The exhibit is open from March 12 to April 24 during the Dahl Mountain Culture Festival.

Sandness submitted about 10 pieces to the contest and had five selected by three judges, including the Journal’s staff photographer Grace Pritchett and Sandness’s mentor Steve Babbitt, a professor of fine arts and mass communications at Black Hills State University.

Dahl assistant curator Jeannie Larson said this is her second year doing the show, but can already see Sandness’s growth.

“I can see that he paid more attention to the compositional elements,” she said. “He really has an eye for it. He’s 17. … He’s working hard and diligently to master his craft, I hope he continues school for it.”

Larson said the contest had about 240 photo entries and the judges selected 66 for the exhibit. She said this year’s works are some of the strongest they’ve seen. Next year, though, they may expand the competition to be anything in nature, not just the mountain life.

“I was jealous for some reason, so I started doing it,” he said.

He took his sister’s point-and-shoot Canon and started biking around the area to take photos of anything he could find.

Sandness’s mother Laura said she and her husband Stephan didn’t know how much love their son would have for photography, but recognized his interest.

She said they helped him purchase a refurbished Canon PowerShot SX60 HS to get him started.

“We knew that he enjoys being out more than anything,” Stephan said. “From the time he was little, he was outside constantly.”

He said he and Sandness would go hunting together.

“There’s not too many little kids who would sit in a blind for hours at a time and dig it,” he said.

Sandness said he remembers exploring the woods near their family’s house when they lived in southeast Minnesota before moving to South Dakota. He said he sees more when he’s not looking through the viewfinder, but likes to try to capture the unusual happenings anyway.

Laura said when she saw his passion for photography, she reached out to Babbitt, who was the one who recommended Sandness submit his work to the Dahl Mountain Photo Competition.

Sandness won first and second place in the youth category for the contest in 2019.

“Babbitt won’t allow him to sandbag anymore and submit to the youth division,” Stephan said.

Sandness said he tries to keep as much human development out of his photos as possible.

“As a nature photographer, I want to be in nature, not someone’s backyard,” he said. “I think I’m more excited for wildlife because it’s more of a challenge, and you can’t plan wildlife pictures. You can think of a landscape shot that you want to get and get it, but there’s no planning for wildlife.”

Sandness said he’s never worried about not getting a picture, he just gets what he can, although when he sees a picture when he’s out with his family, the car is stopped so he can get out and take a photo of what he sees.

Sandness said he’s never taken a class and doesn’t know that much about his Canon 6D itself, but looks to photographers like Art Wolfe and Tom Mangelsen, and local photographers Jon Larsen and Les Heiserman.

He said Babbitt is the one who pushed him to think about his composition.

“The second to last time I saw him, he told me (my photos were) getting boring,” he said. “That’s when he told me to try to get different shots, ones you’ve never seen before.”

Sandness goes out to take photos most days of the week, either in the morning or in the evening when the light is just right.

“If it wasn’t for school, I might have more incentive to get up earlier,” he said.

But being in the thicket when meadowlarks, his favorite birds, come to sing and nest in the evening at the beginning of the summer is just fine.

Sandness said he's not sure if he'll pursue photography as a career, but would like to do something in the environmental sciences.

New language may soon be added to Spearfish City Code to help protect the health of the urban forest.

The Spearfish Police Department is reminding residents to take steps to protect themselves from scams. Law enforcement and government agencies…

Leith Sandness, 17, of Belle Fourche, takes photos of the landscape in his favorite spot to take pictures Thursday, a prairie near his home.

Sandness with the photos he entered into the Dahl Mountain Photo Contest for 2021. 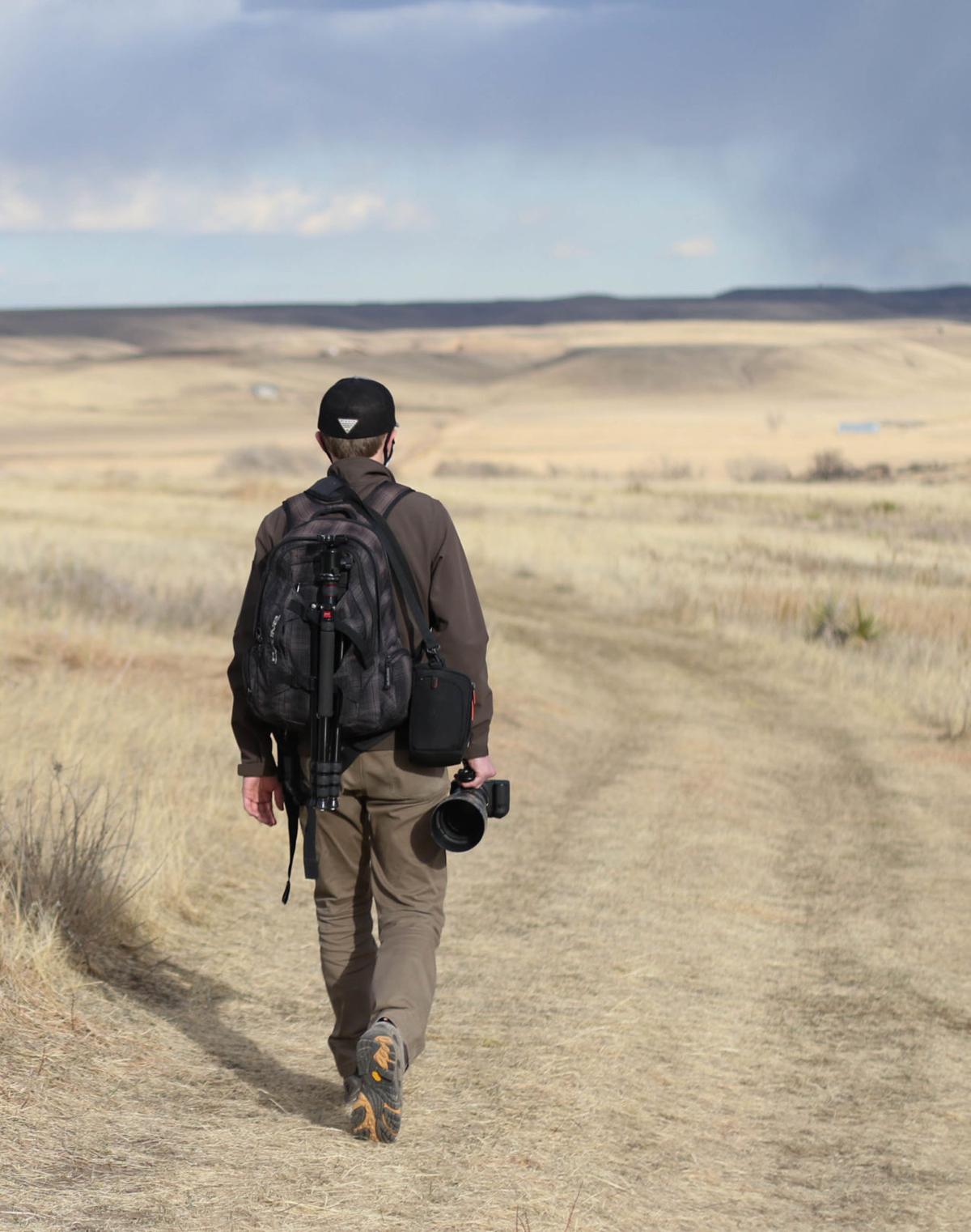 Leith Sandness walks toward a prairie near his house, his favorite spot to take photos.

Photos Leith Sandness, 17, of Belle Fourche entered into the Dahl Mountain Photo contest, along with his first "real" camera. 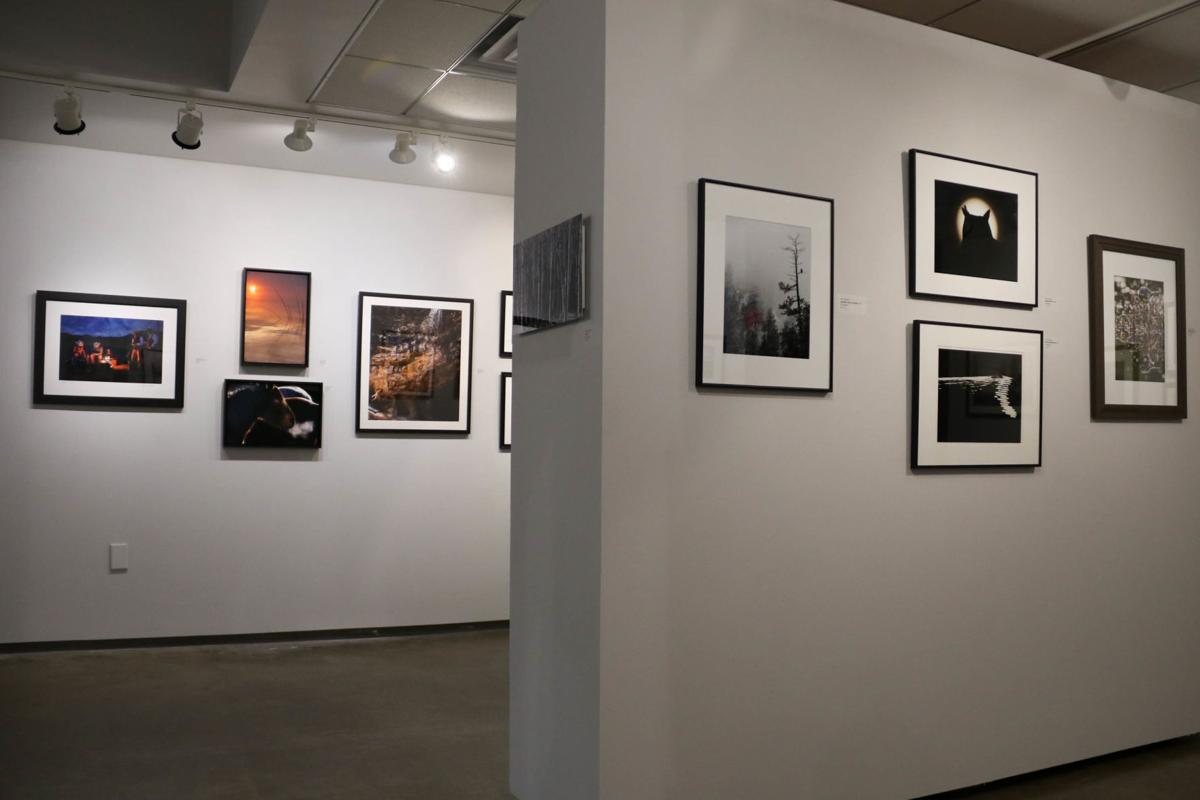 Four of Leith Sandness's photos that were entered into the Dahl Mountain Photo Contest 2021. This is Leith's fourth year entering the contest and his first in the adult amateur contest.