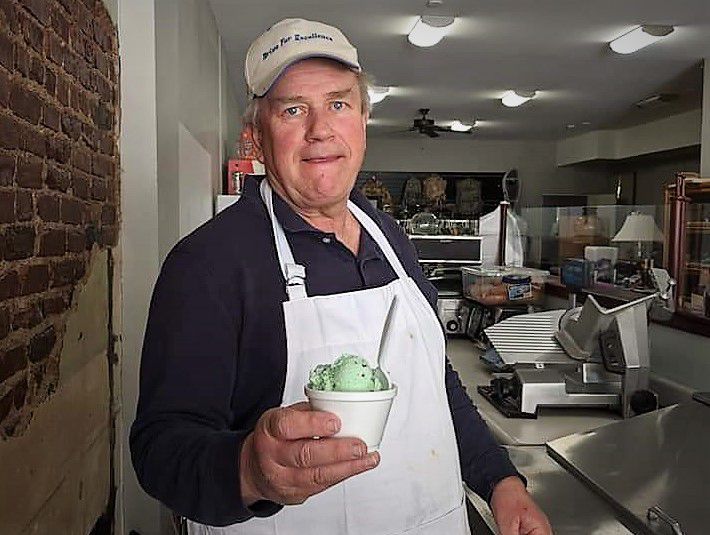 Marty Venburg holds a dish of ice cream at his new business, Big Trout Deli of Lead which opened for curbside service and delivery on March 28. 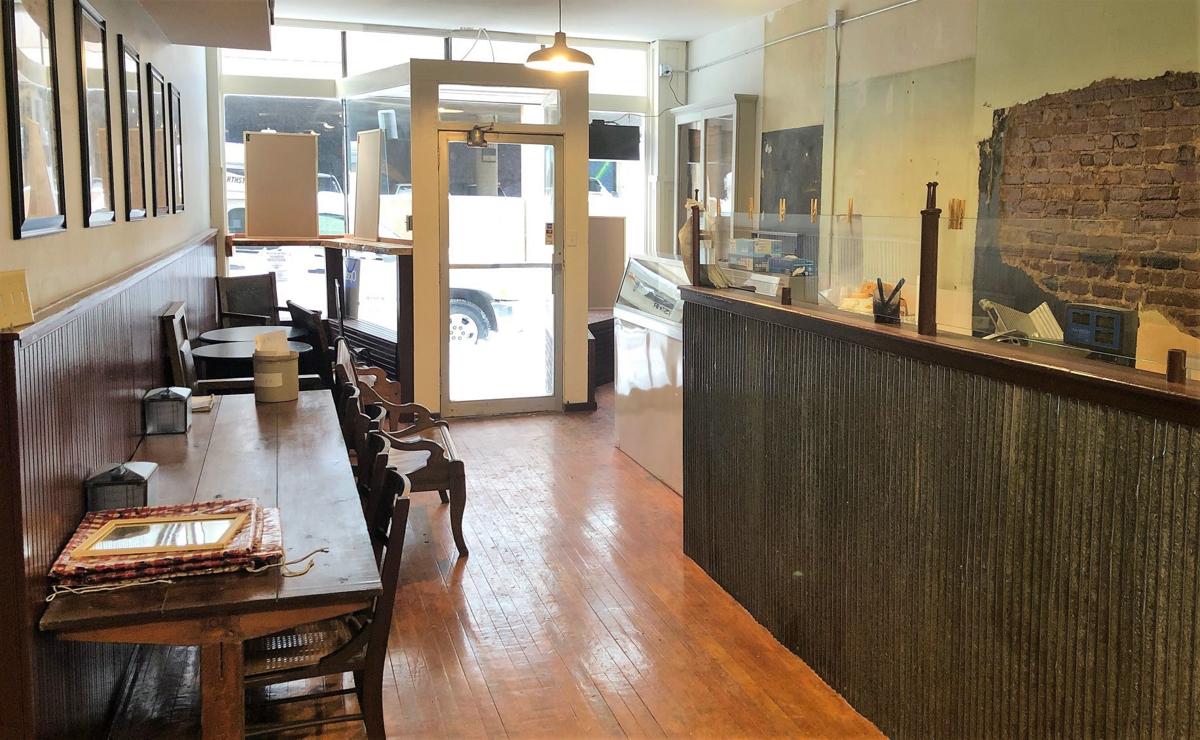 The dine-in area remains closed at Big Trout Deli of Lead which is open for curbside service and delivery at 403 W. Main St. 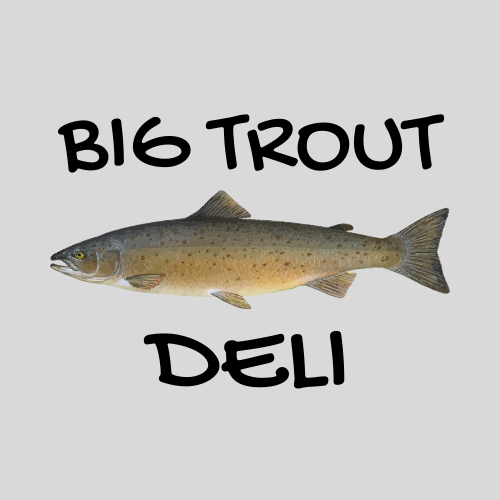 “We did fairly well,” he said.

Sales of his specialty sandwiches, ice cream and deli meats and cheeses are limited to curbside pickup and delivery as long as social distancing guidelines are in place eliminating public gatherings to help quell the spread of the COVID-19 coronavirus.

In spite of the limitation on use of his dine-in seating, business hasn't been brisk, but steady enough to be encouraging, Venburg said.

“I wouldn’t say we’re a barn burner yet. People seem to be excited about it,” he said.

Big Trout Deli is located at 403 W. Main St., in a building that had been owned since 1934 by the Independent Order of Odd Fellows Lodge in Lead.

Venburg said a corporate opportunity allowed him to purchase the building, with plans for more than the street-level deli.

Work is continuing on a seven-room bed-and-breakfast that Venburg hopes to be ready to accept guests as early as May 1.

He decided to go with the neighborhood delicatessen model after noting a proliferation of delis while living on the East Coast for 20 years.

“You can go get a hamburger anywhere in this town, but you can’t get deli sandwiches or buy deli meats anywhere. That’s kind of why I opened it,” he said.

Venburg is back on Main Street with the deli, after losing his lease on a fly-fishing and military surplus shop at 209 West Main. He also operates a small trucking company in Lead.

Originally from Manhattan, Kan., Venburg moved to western South Dakota to work in the feed business in Sturgis and Spearfish. He returned to the Black Hills in 2011 after moving with his wife to the East Coast, where he trained race horses.

Eventually he plans to reopen a fly-fishing outfitter’s shop in the rear of the deli.

“I loved the fly-fishing in the Hills. I always came back to it,” Venburg said.

STURGIS | Meade County Commissioners met in their chambers for their Tuesday meeting and did not discuss the 80th Sturgis Motorcycle Rally, sa…

BELLE FOURCHE | The 101st annual Black Hills Roundup is on for June 30 - July 4, complete with the Ranch Rodeo and fireworks displays, but the…

You can find anything on YouTube. You can find favorite songs, movies, information on how to fix a car or get weeds out of your lawn.

DEADWOOD | The Deadwood City Commission voted Monday to allow businesses to reopen beginning at 8 a.m. today (Thursday), following all of the …

With less than two hours to make it through 12 candidates, the Sturgis Chamber of Commerce hosted an e-Forum for the public to hear from those…

The Deadwood Alive Troupe will hold its first summer show this weekend.

Marty Venburg holds a dish of ice cream at his new business, Big Trout Deli of Lead which opened for curbside service and delivery on March 28.

The dine-in area remains closed at Big Trout Deli of Lead which is open for curbside service and delivery at 403 W. Main St.