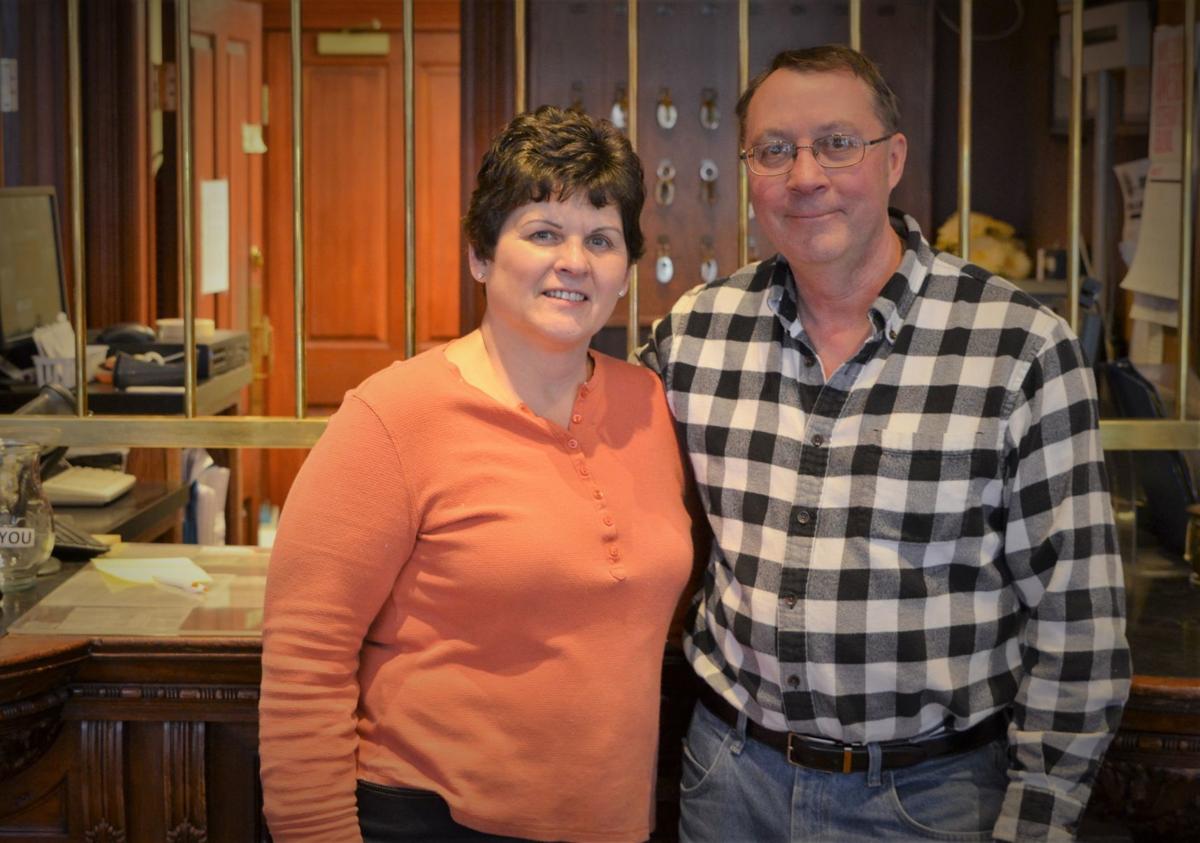 Ken and Lynell Gienger take a break from cleaning at the Celebrity Hotel on Monday in Deadwood. They have joined with Bob and Don Nelson of Sioux Falls as new owners of the hotel complex, with plans to reopen in February. 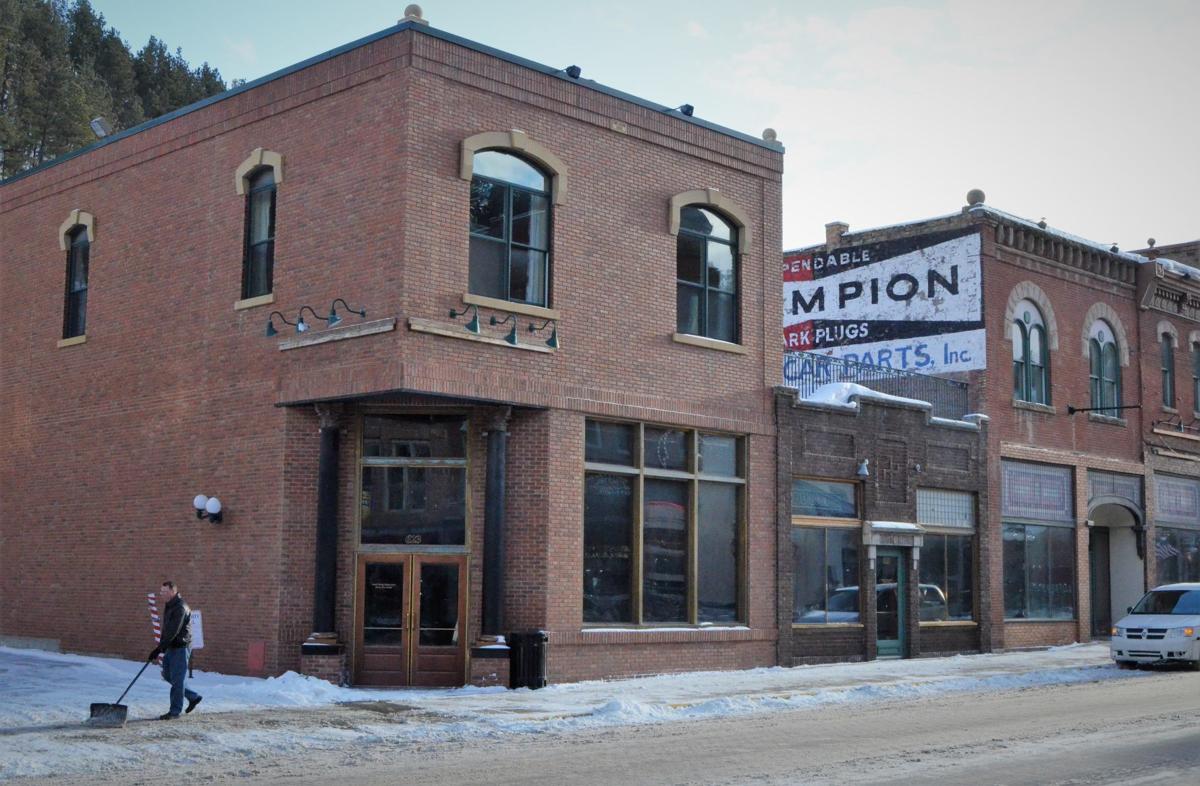 Ken Gienger pushes snow from the sidewalk in front of the Celebrity Hotel complex in downtown Deadwood on Monday. Gienger, his wife Lynell, and Bob and Don Nelson of Sioux Falls have purchased the hotel and plan to reopen it in February.

Gienger managed the hotel, casino and movie memorabilia museum for two decades after helping open it in June of 1998.

Last year, he sadly participated in the shutdown of the hotel, actually a complex of buildings located in the 600 block of Main Street.

Now, after 18 months of behind-the-scenes diligence and negotiations, he and his wife Lynell are bringing the Celebrity back to life again, this time as co-owners.

“We’re looking forward to getting it going and operating as a quality hotel,” said Ken.

Ken and Lynell have teamed with other familiar names from the Celebrity’s history, Bob and Don Nelson of Sioux Falls, as the new ownership group, which closed on the Hotel complex on Dec. 13.

“Working with Bob and Don previously is a great plus. Now we’re in a different type of partnership with them. We all have our strengths and weaknesses. We understand them and we work well together,” Ken said.

When the Celebrity’s former owners from Nebraska announced the abrupt closure of the hotel, effective July 24, 2018, Gienger worked with his remaining staff at the time to reset reservations already made, including rooms booked for the upcoming Sturgis motorcycle rally, Days of ’76 rodeo, and Kool Deadwood Nites car show.

They also kept the vacant hotel spruced up in the event that a quick sale, through bankruptcy proceedings, could keep it open.

“We were hoping someone, not particularly us, would come take a look at it during that month and just want to get it open and going again,” he said.

Ken and Lynell, both 70s-era graduates of Lead-Deadwood High School, took jobs elsewhere in Deadwood while they looked to form a new ownership group for the hotel, ownership of which eventually went to a local bank.

“It was best for us to come and wait for the bank to take it over completely and work out a deal with them,” he said.

Now, with the sale complete, Ken and Lynell are going through the building room-by-room. The sprucing up has been made easier by the care the building had received since the closure.

They are also updating hotelier software, working with the South Dakota Gaming Association to install up to 60 gaming devices, and have established a website: jobs@celebrityhotel.com to help in re-hiring a staff.

Ken is hoping a few of his former employees may choose to rejoin his new staff.

“They might feel comfortable where they’re at so that’s good,” he said. “I can understand that completely.”

Gienger is also working to finalize retail components to the hotel. They are aiming for a Feb. 1, 2020 reopening.

Former frequent guests, including couples from Minnesota and Iowa who made the Celebrity their home away from home several times before it closed last year, have already asked about booking rooms in the soon-to-reopen hotel.

That speaks well for the Celebrity’s reputation in the local hospitality scene, Gienger said.

“We were the No. 1 rated hotel for six years, according to Trip Advisor before we closed,” he said.

“There’s no reason we can’t get that back and continue that kind of quality.”

DEADWOOD | While the gaming business has been a boon for Deadwood recently, the hotel industry is showing slight losses for November.

STURGIS | Utility customers in Sturgis will receive a rare surprise when they open their future bills — a lower amount due.

Ken and Lynell Gienger take a break from cleaning at the Celebrity Hotel on Monday in Deadwood. They have joined with Bob and Don Nelson of Sioux Falls as new owners of the hotel complex, with plans to reopen in February.

Ken Gienger pushes snow from the sidewalk in front of the Celebrity Hotel complex in downtown Deadwood on Monday. Gienger, his wife Lynell, and Bob and Don Nelson of Sioux Falls have purchased the hotel and plan to reopen it in February.