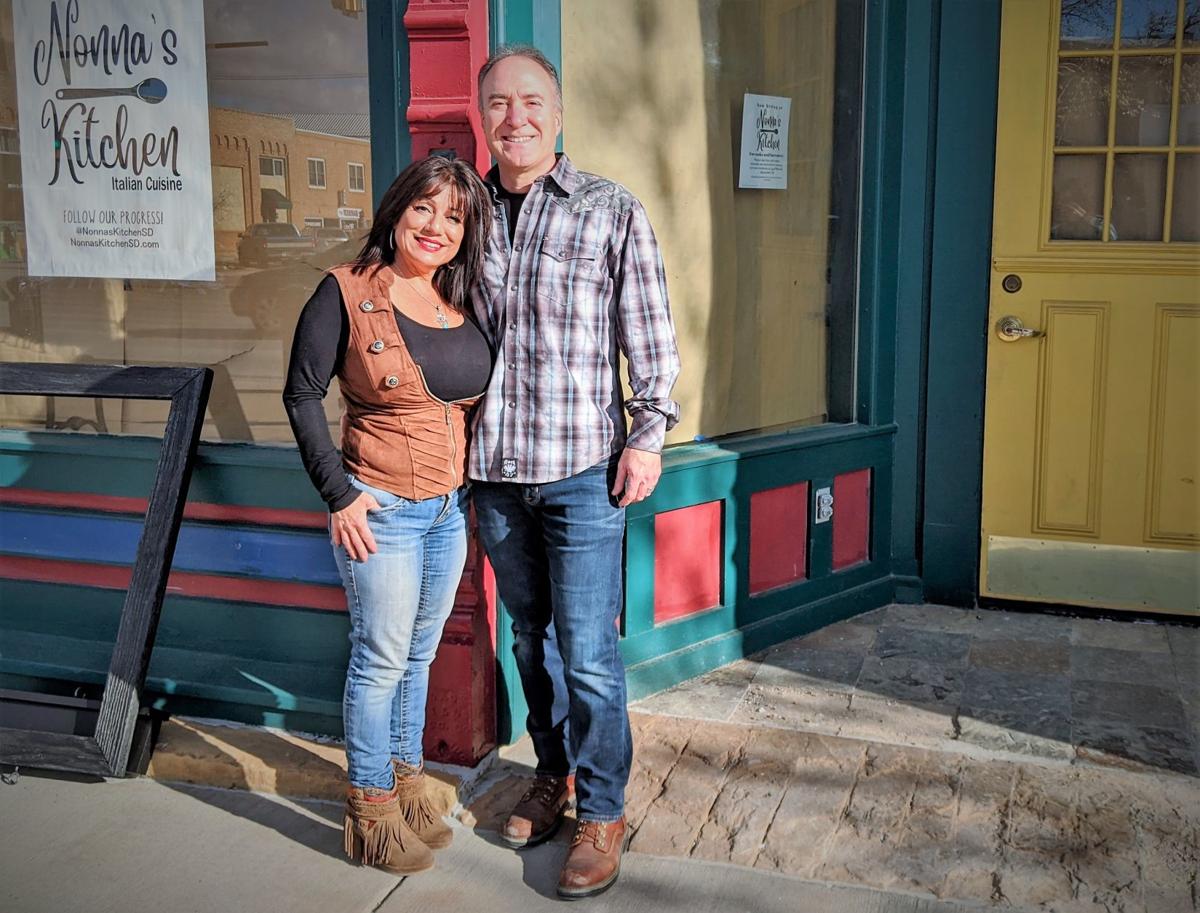 Darren and Nancy Manzari are planning to open Nonna's Kitchen Italian Cuisine in Spearfish next month. 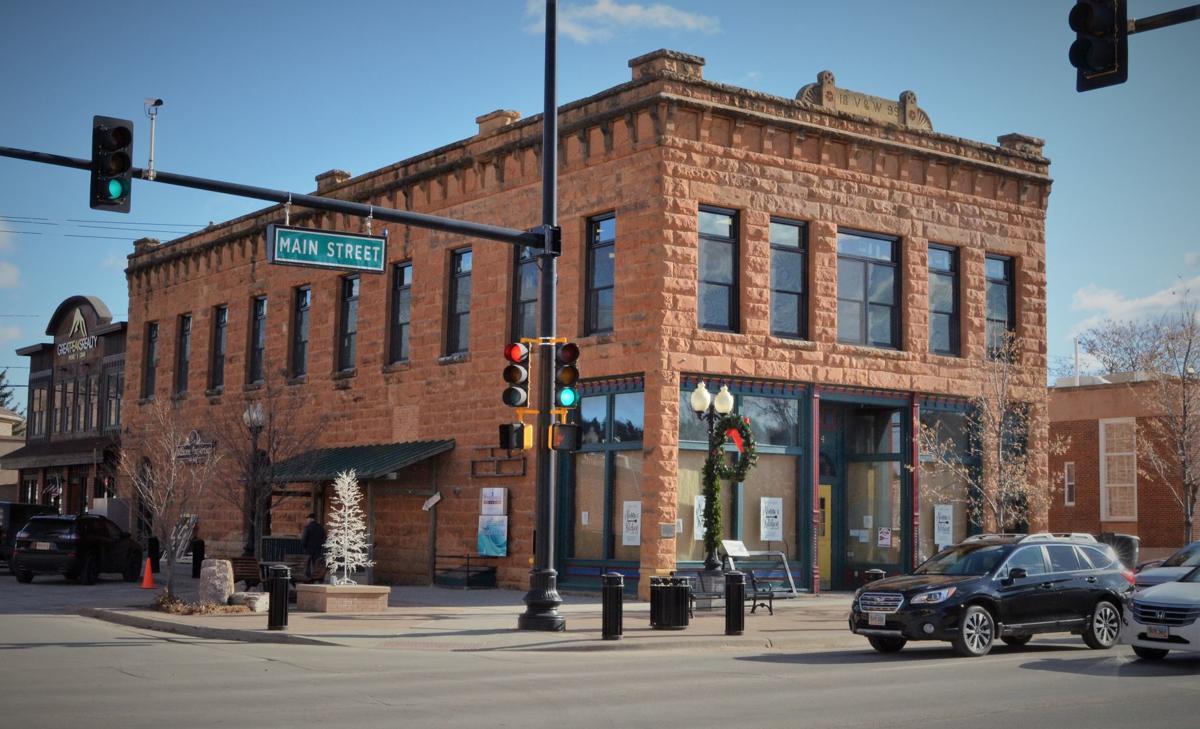 Nonna's Kitchen is opening on the first floor of the historic John Wolzmuth building at 544 N. Main in downtown Spearfish.

SPEARFISH | Feeding the multitudes, as Nancy Manzari puts it, is no problem. She has been doing that with her good Italian cooking for years.

“I’ve always done this for free, I might as well just do it. It’s something I love,” Manzari said of her decision to open a restaurant, with the blessing of her husband, Darren, and with the urging of her two sons.

Nancy and Darren moved to Spearfish from Florida a couple years ago, seeking to put down new roots.

Spearfish, Nancy, said reminded her of growing up in an Irish-Italian neighborhood in New York, where home-cooked Italian food was a central part of life.

“We lived 35 minutes from New York City. You couldn’t walk through the streets without knowing what was cooking. You always were eating at somebody’s house,” she said.

Later on, she and Darren moved to Florida, raising their active, growing sons and feeding their friends, who seemed to flock to her kitchen.

‘You know how teenagers can eat,” she said.

Her sons would tell their friends that refusing her offer of something to eat just wasn’t acceptable.

“They would say 'she’s going to keep after you and make you a turkey sandwich to go because she thinks you’re going to die in the driveway if you don’t eat something,'" Manzari recalled, laughing.

The success of a last-minute catering job for more than 100 people in Deadwood last August bolstered the decision to open her own restaurant.

One man at the reception filled his plate with her meatballs, then went back for seconds—and thirds.

The decision made, she and Darren set about the task of finding a location. They initially contracted for a new building at The Village at Creekside, a growing development on the northeast side of town.

But building from the ground up meant they likely wouldn’t be able to open for at least a year.

On the way home, they saw a "for lease" sign on the historic John Wolzmuth Building.

The building, built in 1899 from native sandstone, was originally home to a hardware store built by Spearfish pioneers John Wolzmuth and L.W. Valentine.

The building later became the location of the first Safeway grocery store in Spearfish. Hardwood floors still carry the dark patina from the combination of melted ice and meat juices that leaked from the store's display cases.

“This would be ideal for what we want to do,” Darren said.

Nancy and Darren leapt at the opportunity to lease in downtown Spearfish. The builder they had contracted with graciously returned their check.

“Everybody in Spearfish is just so nice. That’s why I chose this over New York or Florida or anywhere else,” Nancy said.

Renovation of the interior continues with their kitchen being installed this week. The bar was purchased from Roma’s Restaurant, which recently closed.

Longtime local chef Matthew Johnson has experience with getting restaurants up and running, and he is looking forward to bringing Nancy’s cuisine to the plate.

“She has her own recipes. This is her vision. I’m just here to see it into fruition and make it happen for her,” Johnson said.

The restaurant’s name was inspired by her family.

“I have three grandchildren. They call me Nonna,” Nancy said.

Nancy said she wants the restaurant to have a friendly neighborhood atmosphere.

“I want it to feel like you’re coming to my house for dinner. If you want to dress up, you can. If you don’t, I’ll take you as you come,” she said.

LBNF/DUNE excavation achieves a gem of a milestone

Spearfish students step 'In the Footsteps of Crazy Horse'

FOCUSED ON THE FUTURE: BHSU alum takes optometry skills to the U.S. Army

Tony Patterson, Black Hills State University class of 1998, turned down a full-ride academic scholarship to the University of Wyoming to play …

The Downtown Sturgis Foundation's fourth annual Holiday Giveaway program is in full swing, with a chance to win up to $3,000 in gift certifica…

Darren and Nancy Manzari are planning to open Nonna's Kitchen Italian Cuisine in Spearfish next month.

Nonna's Kitchen is opening on the first floor of the historic John Wolzmuth building at 544 N. Main in downtown Spearfish.