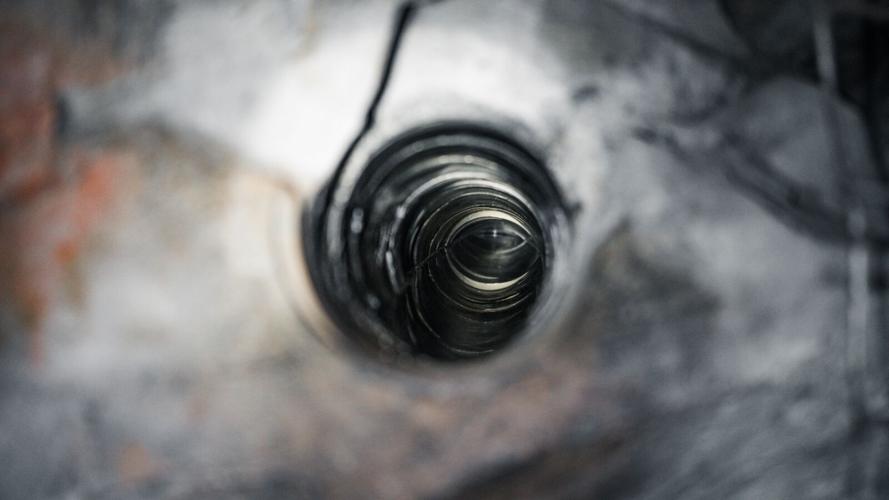 The view down a borehole on the 4100 Level of Sanford Underground Research Facility in Lead, where researchers will test a newly developed tool to measure in-situ rock stress. 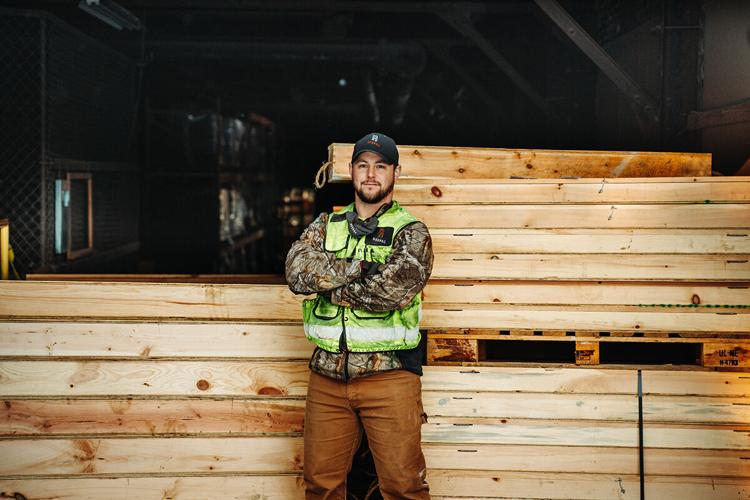 Tyler Artz, RESPEC work lead for the project, before heading underground to visit the 4100 Level testbed.

Each year, gigatons of carbon dioxide (CO2) are emitted into our atmosphere. There, the potent greenhouse gas absorbs heat and warms our planet. To stall the warming process, there is a global effort not only to reduce carbon emissions, but to capture and store excess CO2 in geologic reservoirs deep underground.

Currently, more than two dozen projects are utilizing this carbon capture and storage process around the world, trapping millions of tons of CO2 beneath our feet every year.

Here’s how it works: CO2 is collected from the source or extracted from the atmosphere, then injected into a deep underground geologic reservoir. The reservoir is composed of porous rocks, like sandstone or limestone. Just above the reservoir, a layer of dense caprock seals the “plume” of CO2 underground, trapping it in place.

The Earth’s crust holds enough potential reservoirs for humanity to store excess CO2 emissions for hundreds of years to come. Still, the promise of deep underground carbon storage is not without challenges. One of those challenges is doing the work safely.

“Imagine that you are inflating a balloon underground, and if you over-inflate that balloon, the rock can begin to crack and move in response,” said Sam Voegeli, staff consultant at RESPEC, a consulting firm based in Rapid City with clients around the world.

Over-stressing a reservoir could lead to ground instability and earthquakes. The increased stress could also cause the caprock — the reservoir’s seal — to break. Without a seal, the plume of CO2 could leak from the reservoir and escape into Earth’s atmosphere, rendering the entire process useless.

With these risks in mind, researchers want to make detailed stress measurements of potential reservoirs before using a location for CO2 storage. Such measurements are not easy to come by.

“Unlike water, rock stress is not uniformly more intense the deeper you go. Yes, the weight of the rock above gives you a measurable stress, but there’s a lot more to it,” said Tim Kneafsey, staff Earth scientist at Lawrence Berkeley National Laboratory. “Tectonic plates compress the rock. Other sections are being pulled apart. Some mountain ranges even act like books on a shelf, leaning over on each other. Different rock strengths and compositions and interactions and imbalances all culminate in complex, surprising stress patterns.”

Carbon storage reservoirs are located thousands of feet beneath the surface, some deeper than 5,000 feet. Current stress-measurement technologies, however, don’t work beyond depths of about 2,000 feet.

“When you are near the surface, you have a lot of options for measuring stress,” said Jay Nopola, RESPEC vice president. “The deeper you go underground, the fewer options you have.”

On the 4100 Level of Sanford Underground Research Facility in Lead, researchers are developing a tool that uses heat to measure rock stress — which could make CO2 storage safer.

“Our team is trying to expand the window of conditions where we can measure stress accurately and in a cost-efficient way,” said Nopola, who is the research group’s primary investigator.

The team is testing a stress-measurement method called “thermal breakout.”

“In a nutshell, we are heating the rock until it breaks,” said Voegeli, RESPEC project manager for the research group. “If you add heat to something, it tries to expand. But when you heat rocks that are trapped deep underground, they can’t expand. With enough added heat, the rocks will break. How and when the rocks break can tell us a lot about the stress conditions of the rock.”

This spring, the group will deploy their thermal breakout tool on SURF’s 4100 Level, where they’ve already prepared the testbed: two boreholes, both 6 inches in diameter and 80 feet long, that transverse highly stressed rhyolite and amphibolite rock formations.

The tool, a long, narrow cylinder, will be placed into a borehole. There, it functions as a two-way street: it delivers heat to the rock then ushers mounds of data back to the research team.

The tool will start to warm the rock quickly, reaching 800 degrees Fahrenheit in one hour. As the rock heats, it will expand and increase the stress of the formation. When there is no more wiggle room, the rock will “spall,” or break. The breakage is small — more of a crumble than a crack — and won’t undermine the integrity of the drift in which the researchers stand.

The view down a borehole on the 4100 Level of Sanford Underground Research Facility in Lead, where researchers will test a newly developed tool to measure in-situ rock stress.

Tyler Artz, RESPEC work lead for the project, before heading underground to visit the 4100 Level testbed.