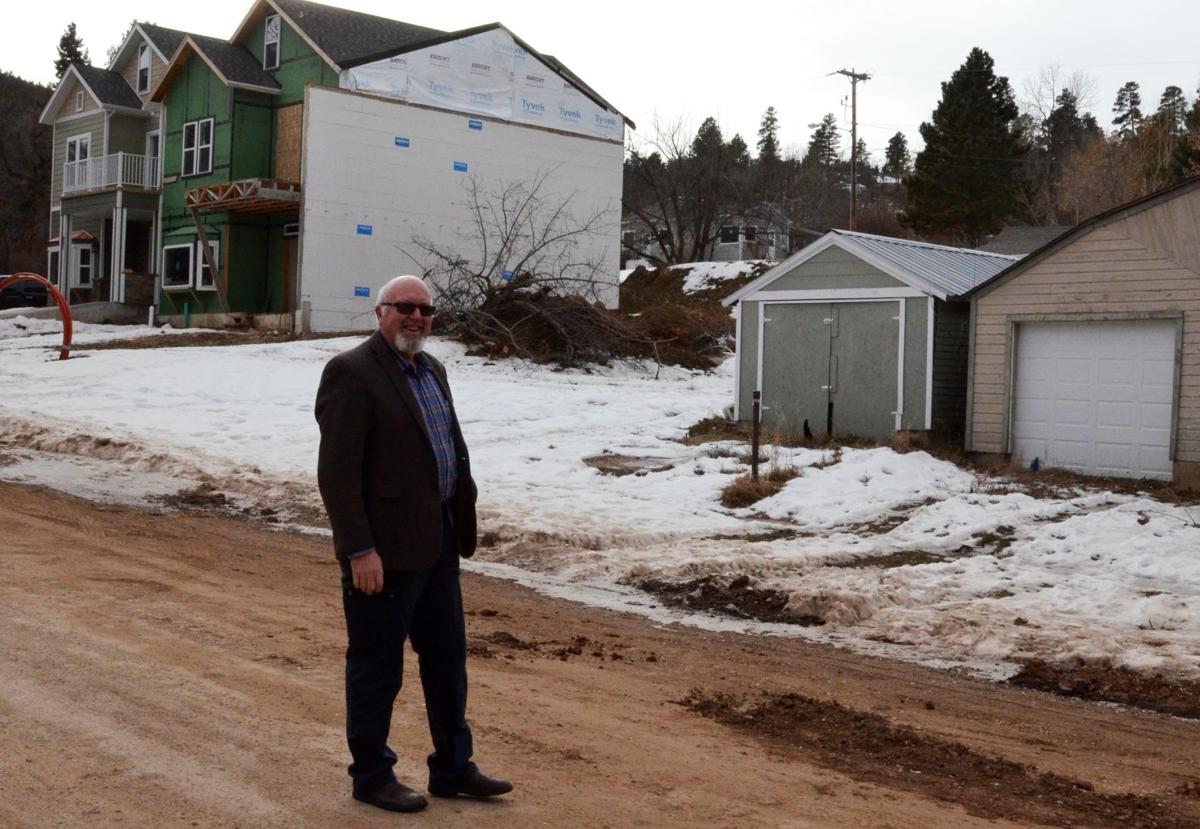 Chris Chiller, director of operations for the Whitewood Economic Development Organization, walks along Pine Street in Whitewood, where a total of five new townhouses are to be built. 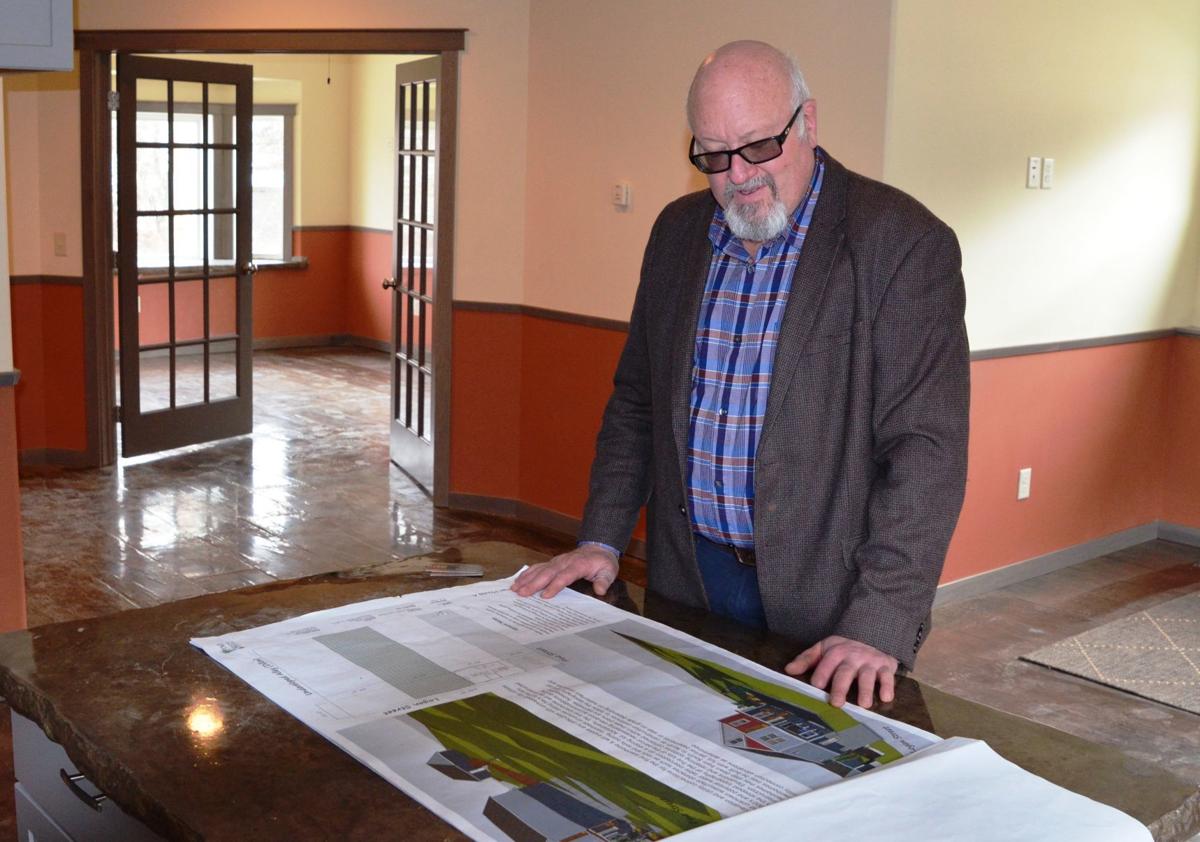 Whitewood Economic Development Organization operations director Chris Chiller stands inside one of five new townhouses under construction in the town of 880 people in Lawrence County. 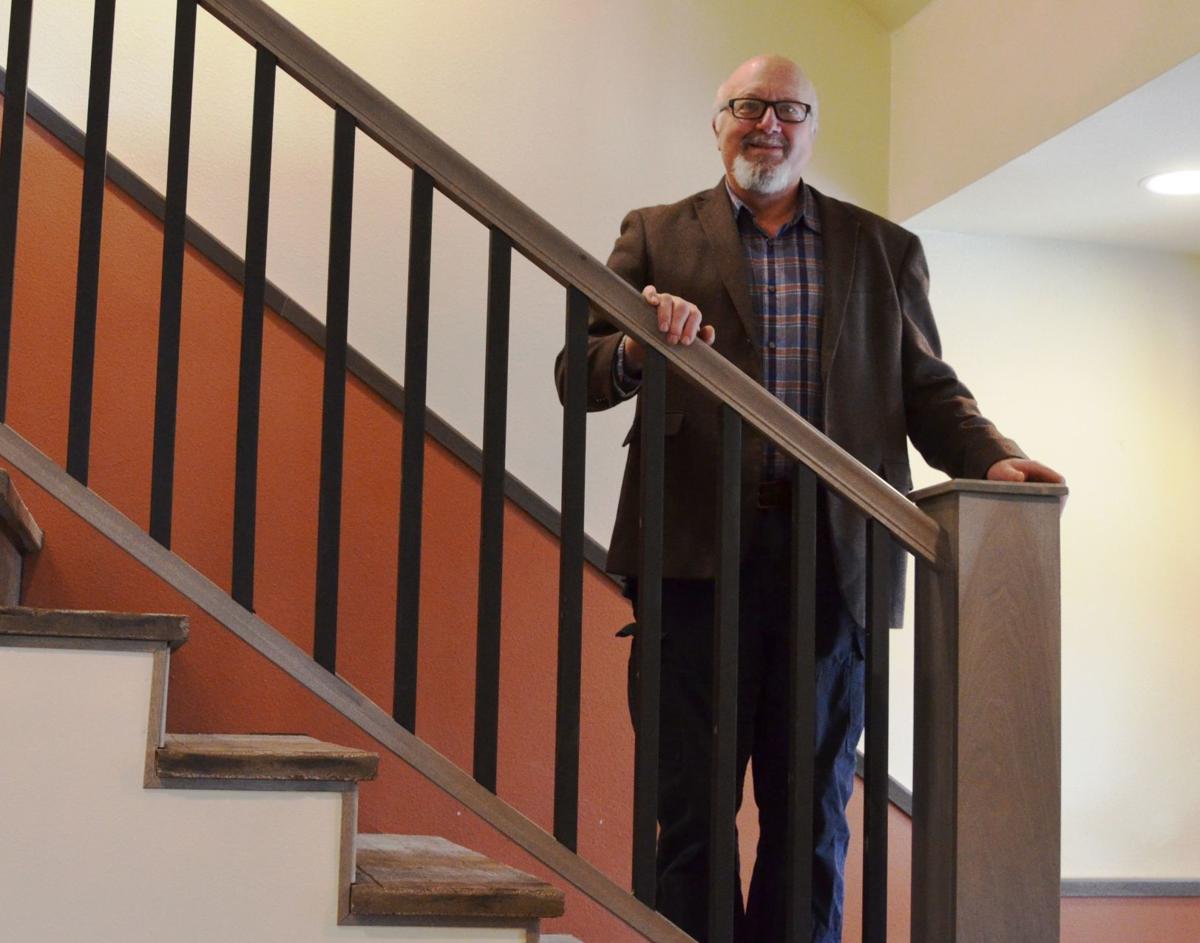 Whitewood Economic Development Organization operations director Chris Chiller stands on a stairway inside one of five new townhouses soon to be completed in Whitewood. 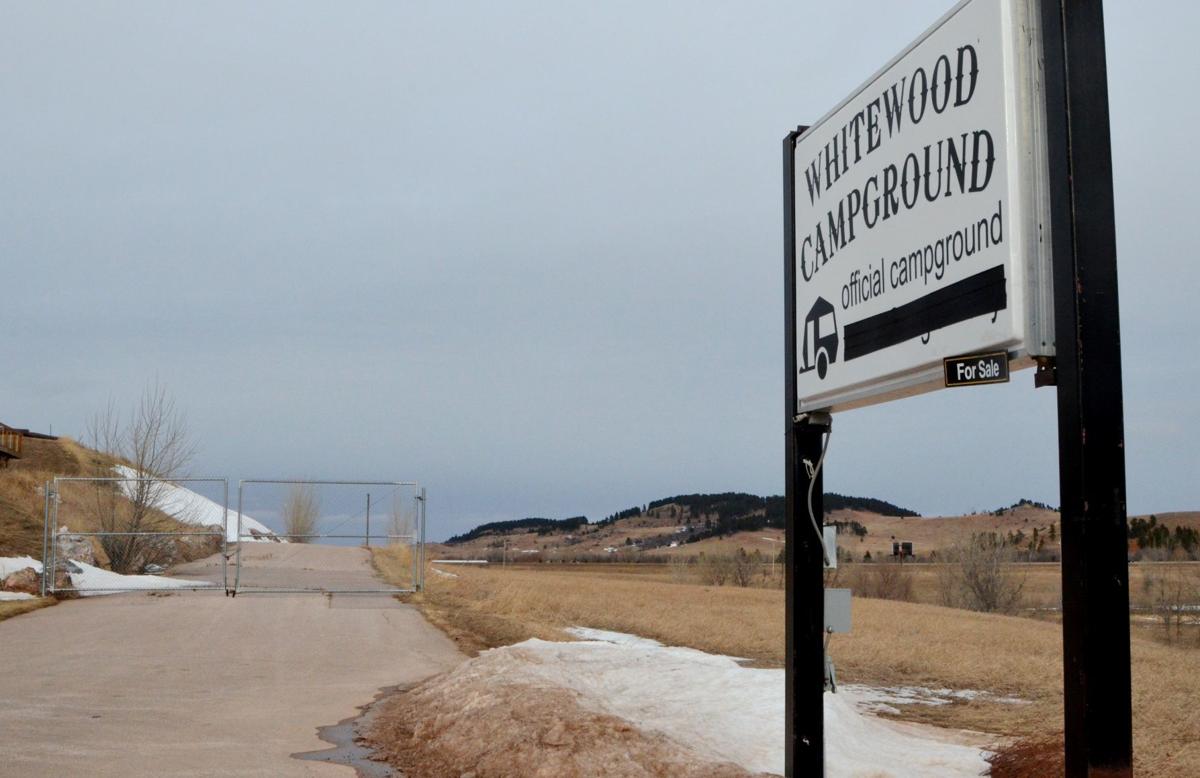 The Whitewood Economic Development Organization also has plans to establish a technical and industrial park on the 36.5 acre former site of the Whitewood Campground, which has been vacant for nearly five years.

WHITEWOOD | The sleepy little Interstate 90 town of Whitewood, often bypassed in favor of other more prominent Northern Hills destinations, could be well on its way to becoming a destination of its own.

The Lawrence County community sits at the confluence of I-90 and state Highway 34 about seven miles west of Sturgis, and less than an hour from Rapid City.

Spearfish is a mere 12-minute ride to the west on I-90, with Lead and Deadwood about a half-hour’s journey. Belle Fourche is 24 minutes away on Highway 34.

Additionally, the town boasts two of three rail sidings in Lawrence County, with no small amount of civic pride among its 880 residents, but real growth in recent years has come in stops and starts.

“We are historically the crossroads here, but over the last 100-120 years we lost our grip on that,” said Chris Chiller, who serves as director of operations for the Whitewood Economic Development Organization, known as WeDo.

But that could change. Chiller, along with WeDo executive director Robert Hill, have at least 10,000 good reasons for optimism.

This week Black Hills Energy presented WeDo with a $10,000 economic development grant to be used to further promote the community and a number of projects the fledgling organization — incorporated less than a year ago — already has underway.

“We are looking at the future and seeing that we could once again be something of a crossroads for the Northern Hills,” Chiller said. “We have much to offer.”

WeDo, which takes full advantage of the acronym in its slogan “While others are still talking… WeDo” took over ownership of five townhouses already under construction on Pine Street, just a couple of blocks south of Whitewood’s City Hall.

The original builder started the project, but decided to move on to another venture and made WeDo a deal on what was already in place.

The townhouses pack 3,000 square feet of space in a tight, four-level footprint. They are designed as work-live spaces offering the opportunity for a small professional or cyber-commuting business to be run from a main level front room, with plenty of residential space upstairs, and storage in the basement level.

The design, which includes modern amenities of fire suppression systems and handicap-accessible restrooms, harkens back to another era.

“One hundred years ago every place that was built as a shop building had living quarters on the top of it. Families would live there, then come downstairs to work,” Chiller said.

“We’ve been doing this forever,” he said. “It’s just a return to that in a more modern way.”

The first two townhouses are nearing completion and are spoken for. One will be occupied by a new city police officer with a large family, Chiller said.

Other townhouses await the clearing of the remainder of the block, next to the old Whitewood Elementary School, now an Arts Center.

Other efforts to address a real shortage of affordable housing in Whitewood include the purchase of dilapidated properties for demolition, with construction of small 1,250 square-foot single level homes planned.

“Part of the vision that makes us different is that we have this housing issue that has to be tackled at the same time as the employment issue,” Chiller said.

“If we want to bring in new businesses here — and we are actively looking to bring them in — then we must make sure those new workers have a place to live as much as we can,” he said.

Another key area of focus is the transformation of the old Whitewood Campground into a technical, business and industrial park.

The hilltop campground has been a sore spot for the town, sitting empty and unused since an aborted attempt to open as a concert venue for the 75th Sturgis motorcycle rally in 2015.

WeDo was able to obtain the 36.5-acre tract after another buyer purchased it out of foreclosure.

“We have that land under contract,” Chiller said.

One of the first proposals for the old campground is a 60,000-square-foot warehouse for use with the new Fermilab project at the Sanford Underground Research Facility in Lead.

“They put out the call for that kind of facility and we’ve have been about the business of answering them,” Chiller said. “We are competing hard for that project.”

Other businesses being sought for the park include cyber-security firms, greenhouses, hotels or educational facilities.

“We have all those proposals out there and we will look at all businesses,” he said.

The level of organization exhibited by WeDo, however under the radar, is what drew the attention of Black Hills Energy and its economic development grant program, along with the Governor’s Office of Economic Development, said spokesman Julio “Mutch” Usera.

WeDo made a pitch for the BHE grant in October.

“When you’ve got the major partners involved in promoting economic development in a community, it’s going to do very well, and that’s what happening here,” Usera said.

Hill called the grant, formally presented on Monday in Whitewood, “huge for marketing and getting our name out,” he said.

“We feel the awesome responsibility of making it all real now,” said Chiller, who said there are some residents who don’t know quite what to make of all the recent attention.

“Like every other town, there are people who are afraid of change,” he said. “But if we don’t do something, the only change you’re going to see is decay.”

“Give us a year or two and the pace of this town is going to change,” Hill said. “We have the potential to impact our population in the right way.”

Chris Chiller, director of operations for the Whitewood Economic Development Organization, walks along Pine Street in Whitewood, where a total of five new townhouses are to be built.

Whitewood Economic Development Organization operations director Chris Chiller stands inside one of five new townhouses under construction in the town of 880 people in Lawrence County.

Whitewood Economic Development Organization operations director Chris Chiller stands on a stairway inside one of five new townhouses soon to be completed in Whitewood.

The Whitewood Economic Development Organization also has plans to establish a technical and industrial park on the 36.5 acre former site of the Whitewood Campground, which has been vacant for nearly five years.