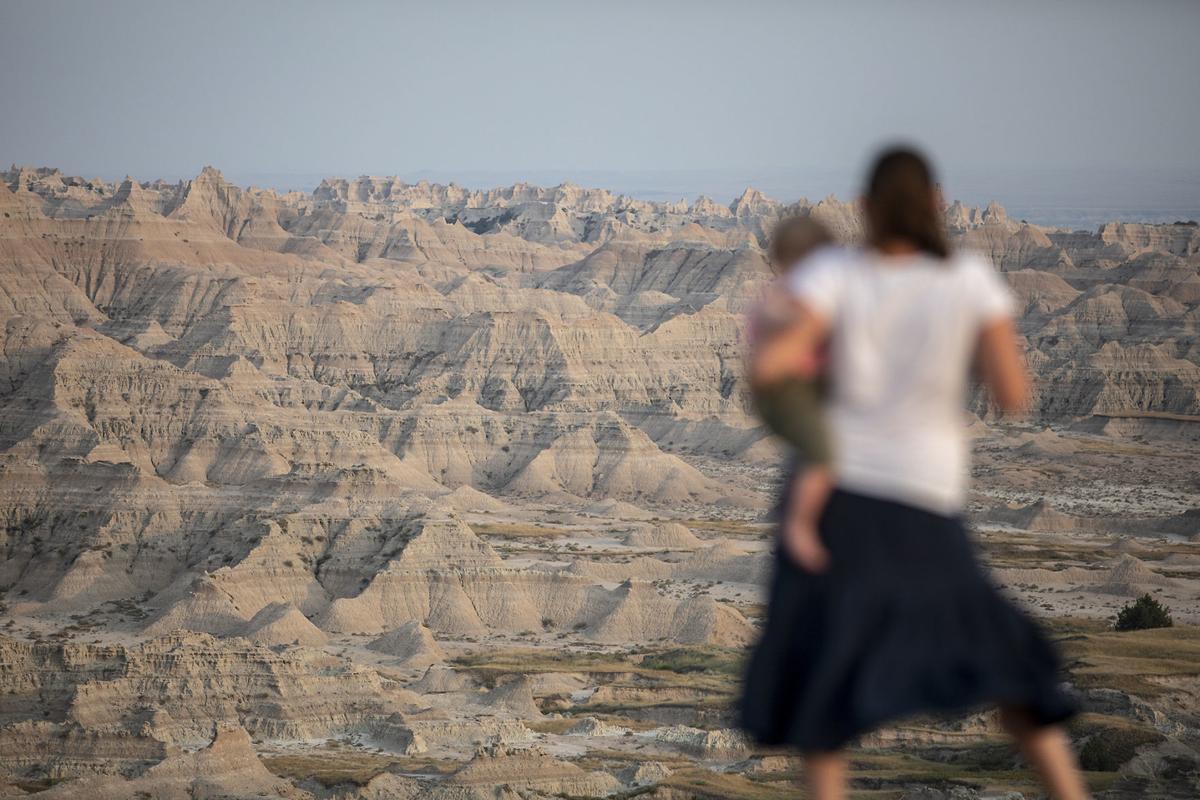 Badlands National Park is one place participating in National Parks Week, which starts April 20. On the cover: Visitors to Jewel Cave National Monument experience life under the Earth's surface. 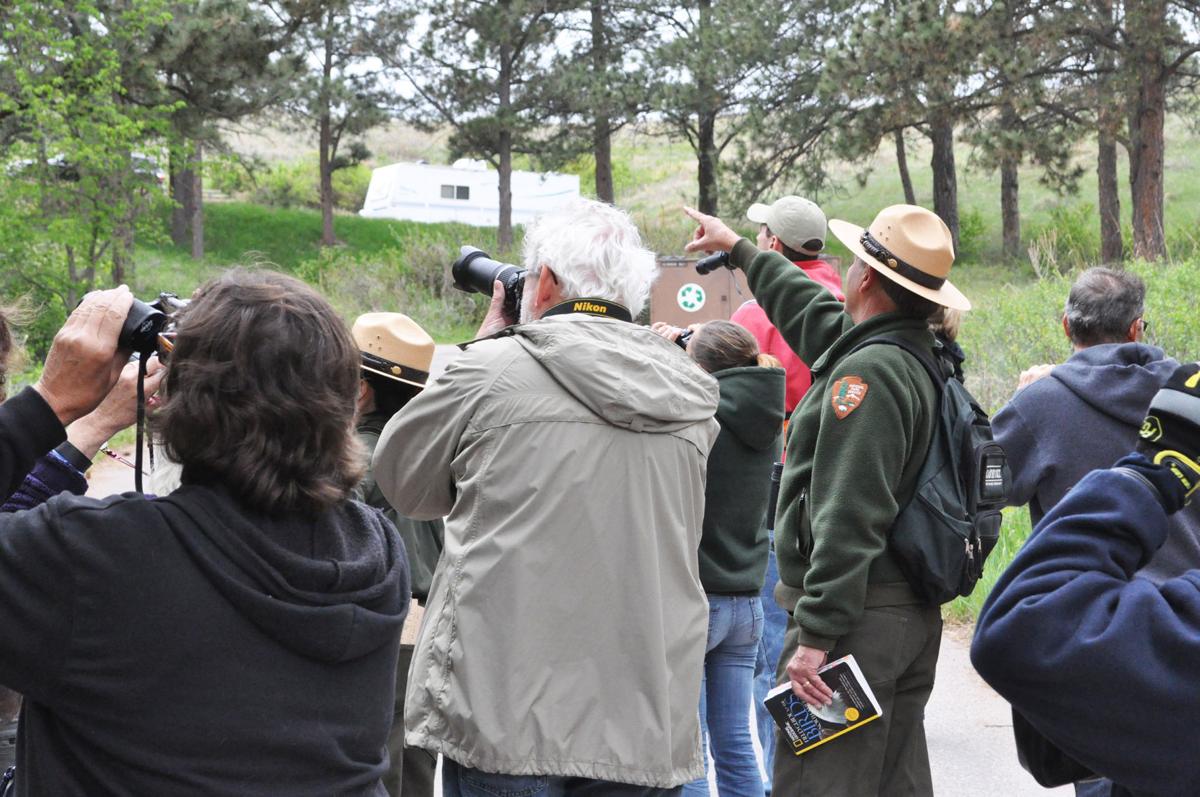 Participants in the bird walk at Wind Cave National Park get some viewing in.

Even with a name like National Parks Week, the event can have a local flavor.

Tom Farrell, chief of interpretation at Wind Cave National Park near Hot Springs, said the events of that week — which include a day of free admission to the parks — tends to bring out area residents ahead of things picking up around Memorial Day weekend. The park does see a noticeable increase in attendance during the fee-free day, especially from those living in the region.

“It’s a nice opportunity for the local people to see the local attractions before the summer season gets really crowded and busy,” he said.

This year, the annual event starts on April 20 with a day of no entrance fees. According to nps.gov, Badlands National Park and Jewel Cave National Monument will be participating as well.

Parks also will have various activities going on in conjunction with their special week.

At Wind Cave, for example, the week’s kick-off includes a bird watch at 8:30 a.m. April 20 at the park’s visitor center. Farrell said attendees are advised to bring binoculars and bird books, and to dress appropriately for the weather. The hike will take about 90 minutes over level ground.

Free tours of the cave’s Natural Entrance and Garden of Eden areas also will be conducted on April 20. The first tour goes in at 9:30 a.m., with the last one starting at 3:30 p.m., according to a press release. With the cave’s temperature being 54 degrees no matter the outside conditions, Farrell recommended a light coat or sweater in addition to appropriate shoes.

On April 27, the final Saturday of National Parks Week, Farrell said Wind Cave will have bluebird-box building workshops starting at 10 a.m. and 2 p.m. The free program, sponsored by Black Hills Parks and Forests Association, has limited supplies and reservations are required. Call 605-745-7020 from 8 a.m. to 4:40 p.m. Monday through Friday to reserve a spot; one box per family.

At Jewel Cave National Monument, according to its webpage, the site will have its National Junior Ranger Day starting at 2 p.m. April 20. Kids can work with park rangers, have a hike on the Roof Trail, and more. Adult accompaniment is required. While reservations are not needed, some supplies may be available based on first come, first serve.

For information on other offerings and hours at national parks, go to nps.gov for the parks’ contact information.

There may be only one silver lining to the elevator problems that have prevented Wind Cave tours since June.

Badlands National Park is one place participating in National Parks Week, which starts April 20. On the cover: Visitors to Jewel Cave National Monument experience life under the Earth's surface.

Participants in the bird walk at Wind Cave National Park get some viewing in.