In a final campaign report filing before the election, the Vote YES for RC Schools group showed a big increase in contributions and expenditures. The group has spent about $48,000 in advertising and another $2,500 in postage. They have paid $21,800 to consultants.

New contributions since the last report include $5,000 from both Hani Shafai and Stanford Adelstein, and $1,000 each from Paul Thorstenson, Todd Brink, Kara Flynn, Rebecca Belsaas, Bill Bernhard II, and Franklin Simpson. There were 16 more individuals who donated less than $1,000. Several organizations also added to the Vote YES campaign.

The Taxpayers for Sensible School Bonds (TSSB) group filed an amended report Thursday that included a $997 donation from a political action committee called the Shining Light PAC. Shining Light lists Jordan Mason as its treasurer on end-of-year documents filed in January. Hani Shafai was the primary contributor to the Shining Light PAC in 2019. He donated $5,000. In 2019, the only donation from the PAC to a campaign was a $3,000 gift to the Lance Lehman for his City Council campaign. In 2018, the PAC took in $3,000 from the Convention of States South Dakota group. It didn't list any donations to campaigns in 2018, although expenditures of almost $4,000 were reported for postage and printing.

In addition to his donation to the Vote YES efforts, Shafai also wrote a column in the Journal announcing his support for the bond issue. He was concerned that money he had donated previously might be used against passage of the bond.

"I did the donation in 2019 to have a change in the City Council due to some issues relating to a City Council member at that time," Shafai said Friday. "I am in complete support of the Vote YES for our school bond because we really need it. It is one of the most critical things needed to improve the quality of life in our community."

According to a text exchange between Mason and Shafai, Shafai asked if any of the funds he donated had been used for the Shining Light donation to Taxpayers for Sensible School Bonds.

Mason assured Shafai via text that his funds hadn't been used for that purpose. However, the report filed Jan. 30, 2020, showed a $5,000 donation to Shining Light from Shafai and a $250 donation from a Dell Rapids man. The only expenditures listed are $3,000 to the Lehman campaign and a little over $400 in administrative costs. The fund held the remainder ($2,385) in reserve. It is possible that the PAC received a donation after the reporting deadline at the end of January and used those funds to donate to the TSSB group. That wouldn't be shown until the next campaign reports are filed.

On Thursday evening, Val Simpson, co-chair of the Vote YES for RC Schools group, posted a video on the group's Facebook page that alleged a group has hired an out-of-state attorney to help them defeat the Rapid City bond issue. TSSB is the only group against the bond measure to file a campaign finance report and organizers say their group hasn't hired Paul Dorr as a consultant.

"You've seen our financials," said Tonchi Weaver when asked if the group was responsible for hiring Dorr.

Simpson said her group recently learned that Dorr is involved in the Rapid City campaign.

"The election is literally just days away and we just learned that an out-of-state consultant has been hired to work behind the scenes to defeat this bond," Simpson said. "We can't let that happen."

She identified Dorr as a "bond buster" hired to help defeat the measure.

"We know that our opponents in this campaign have used tactics from Paul Dorr's playbook almost point by point," she said. "This is an election to be decided by Rapid City and not with dirty campaigning or the last-minute tactics that we anticipate we will be seeing in the days leading up to the election."

Simpson says the group believes the election will be very close since a 60 percent supermajority is required for the bond issue's approval. 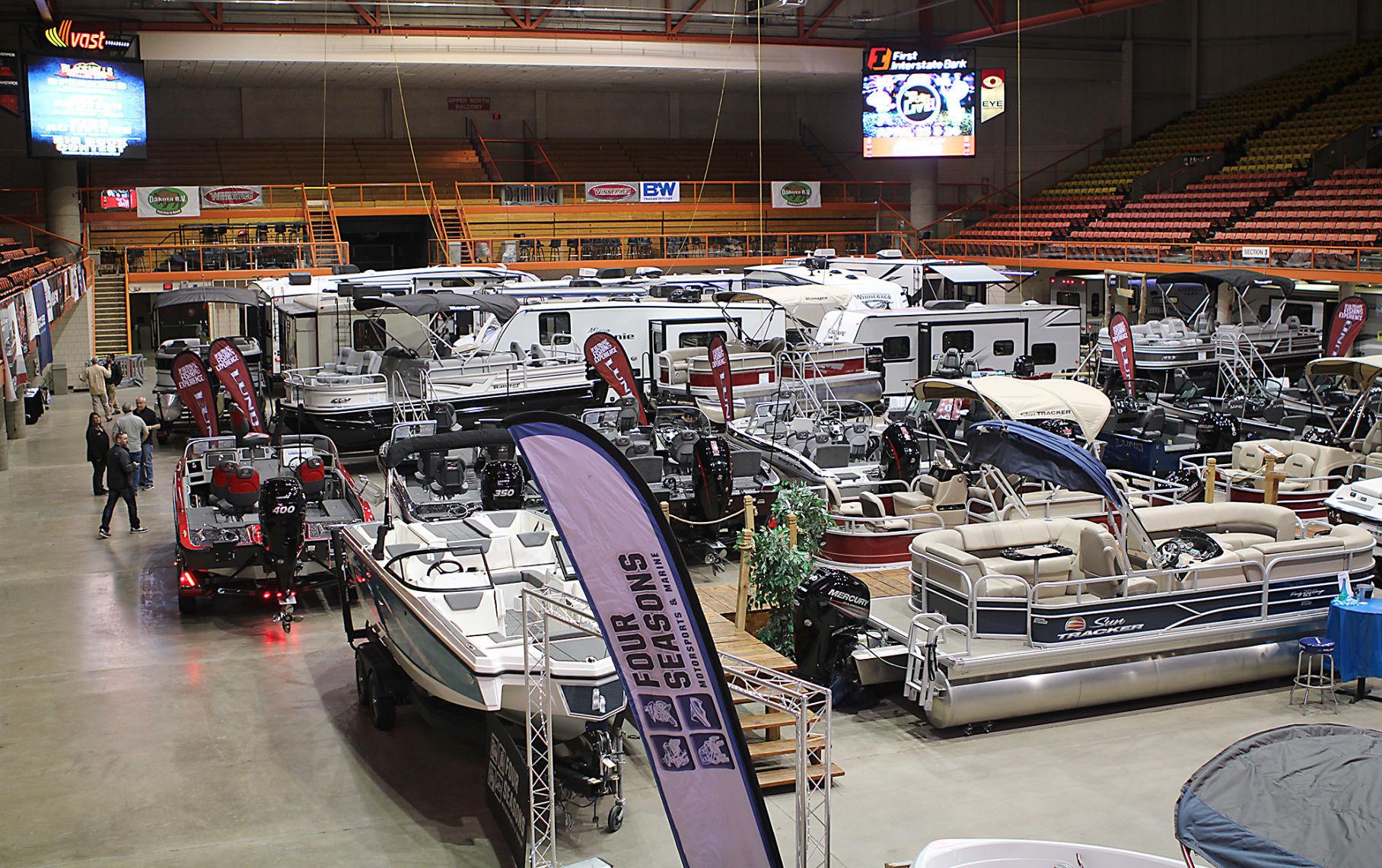 Former City Councilman Jason Salamun has announced his intention to seek the City Council seat in Ward 3 in the June 2 election.

“Rapid City is where possibility lives. As we look at the opportunities and challenges ahead, we need proven leaders who can bring people together and make things better” Salamun said. “I’m here to serve and help our city be the best place possible.”

Salamun was elected to serve on the Rapid City Common Council from 2016-2019.

During that time, he was unanimously elected as City Council president where he and other leaders worked to advance significant efforts such as Ascent Innovation, Elevate Rapid City and the new Civic Center Arena.

As for what led him to seek a return to public service, Salamun said, “It was my honor to serve Rapid City and, quite frankly, I did not want my public service to end. This past year, I’ve had overwhelming support from family, neighbors and community leaders to stay engaged in public service. With a career change and a new season in life, I’m blessed with an opportunity to continue serving our community and my neighbors in Ward 3.”

Salamun draws from a wide range of experiences, including serving as vice president of Operations and Strategic Services at Black Hills Federal Credit Union, guiding Organizational Development and Branding at a Fortune 500, and in his current role as chief of staff and operations for Fountain Springs Church. He is also a veteran of the U.S. Air Force. Salamun has served on various boards and initiatives and is a graduate of both the Leadership Rapid City and Leadership South Dakota programs.

Salamun and his wife, Gwyn, have a son who is an active duty soldier in the U.S. Army and a daughter who will graduate from high school in May.

Federal prosecutors have charged a South Dakota businessman in what they say was a $71 million scheme to sell fake organic grain and seeds to fuel his "extravagant lifestyle" which includes an $8 million yacht, a multimillion Florida home and luxury cars.

Anderson, 50, is indicted on one count of wire fraud conspiracy, 12 counts of wire fraud, and 29 counts of money laundering for allegedly using his network of South Dakota businesses to buy "thousands of tons" of non-organic grain and seed products and re-sell them as more expensive organic products. He allegedly committed the crimes between October 2012 and March 2018.

If convicted, he faces up to 20 years on each count, or 840 years, plus possible fees and restitution. Anderson would also have to forfeit $27.3 million — which represents the amount of proceeds obtained as a result of the alleged crimes — and the luxury items he purchased with his fraudulent earnings.

Wollmann ordered Anderson to turn in his passport and not to discuss the allegations or defense strategy with his wife — who is the co-owner of his companies — but said he is free to travel between Florida, where he lives, and South Dakota, where his businesses are located, as long as he communicates with pre-trial services.

Assistant U.S. Attorney Benjamin Patterson said he couldn't comment when asked about the risk of Anderson fleeing into international waters on his yacht, which is presumably docked in Florida.

In 2005 Anderson formed the Bar Two Bar Ranch which sold cattle and hay from Belle Fourche, according to the indictment. The company later began selling grain, seeds and other products that became more profitable so Anderson created the Green Leaf Resources group of companies to handle that side of the business in 2008.

Green Leaf Resource's main office is in Spearfish, according to the Secretary of State's website. The phone number listed on the company's website went straight to voicemail on Friday afternoon.

The company markets “certified organic” flax and canola seeds, meal and oils. But the indictment says Anderson employed his sister-in-law and a college friend as “figurehead executives” who became certified organics handlers with the U.S. Department of Agriculture. He then used these certifications as “cover” to purchase non-organic products and resell them as organic.

The businesses made $71 million in fraudulent sales between October 2012 and December 2017, and Anderson pocketed $11 million into his personal bank accounts, according to the indictment. He used the money to pay for his $2.4 million Florida home, land in South Dakota, his 86-foot Italian yacht, a $250,000 sports boat and more than $400,000 in jewelry from the U.S. Virgin Islands. He also bought a Maserati convertible, a Jaguar SUV and three Range Rover SUVs.

Questions about Anderson’s operation began arising last year. The state’s Public Utilities Commission investigated a business owned by Anderson after receiving complaints that it was not making payments and had purchased grain without the required license. Anderson’s company didn't respond to inquiries and requests to conduct an inspection, according to a March statement from the Public Utilities Commission.

Stephen Groves of the Associated Press contributed to this story.