Subscriber Login
Please subscribe to keep reading. You can cancel at any time.
Loading&hellp 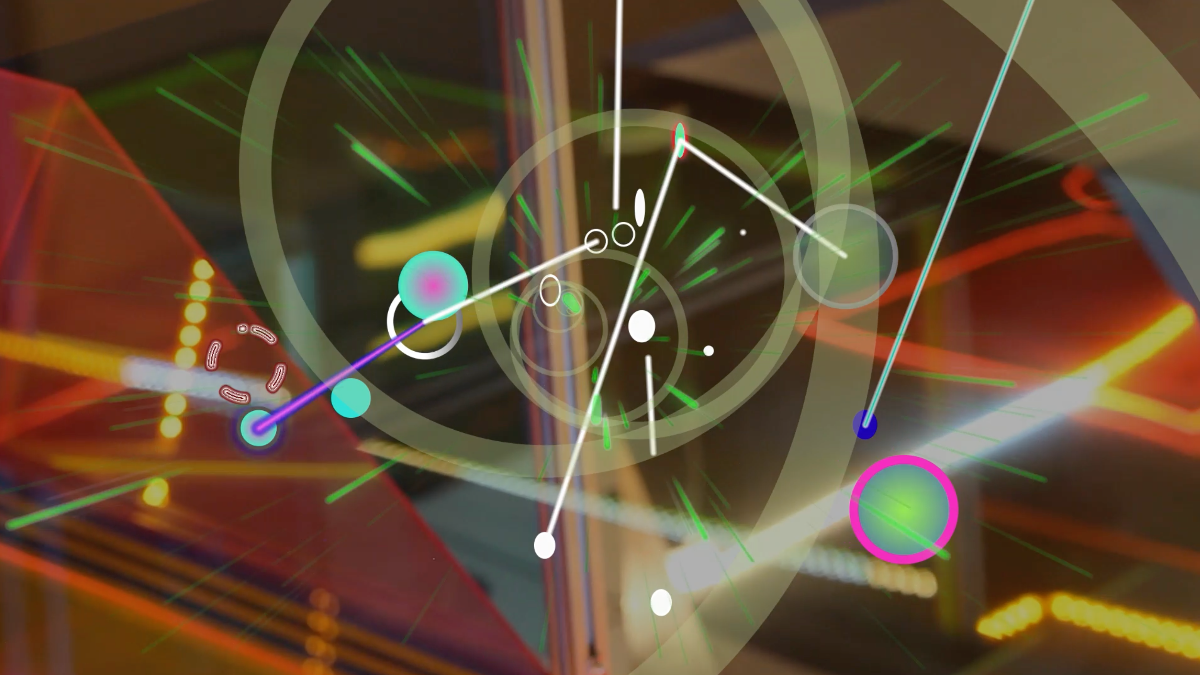 City officials honored history while looking toward the future in a 30-minute ribbon-cutting ceremony Wednesday afternoon for the new Summit Arena.

“I never had a vision like this, but we have to learn,” Barnett said after the ceremony.

Barnett was mayor during the 1972 flood that killed 238 people and caused millions of dollars in damage. He also started the Vision Fund, which led to the construction of the Rushmore Plaza Civic Center where Summit Arena is located. The civic center has since been renamed The Monument.

Allender said Barnett had the vision that created the pathway to Wednesday's ceremony.

“Without that accomplishment, we would not have had all of the events and all the concerts that you can see from the pictures in the lobby of the building,” he said. “Those were great times in Rapid City where millions of people came into this campus over decades and celebrated and enjoyed the day or enjoyed the event, and really made their lives, and our city, better.”

Summit Arena will seat up to 11,000 people. It replaces Don Barnett Arena, which will be renamed the Don Barnett Fieldhouse, as The Monument’s largest venue.

Baltzer said there are still a few areas in the arena being finished that will go on for about six weeks, but the building is ready to host events.

“The citizens of this city came together for a pretty strong vote yes on this building,” he said. “They saw the vision and they voted for it — we’re not going to disappoint.”

Allender said the process of getting the arena together was the first time the city engaged in the way they did on a project of this magnitude.

During the ceremony, Dr. Gerald Yellowhawk blessed the arena and prayed that it would be a wonderful gathering place, and all those who come to it are protected.

Blistering winds along with heavy snow and rain descended upon the region Tuesday afternoon and then continued into Wednesday, with communities such as Deadwood, Spearfish and Lead receiving at least one to two feet of snow.

The storm also sparked road closures and cancellations throughout the area, including the suspension of classes at Rapid City Area Schools and Douglas School District.

“We’ve received 3.4 inches of snow at the weather office in Rapid City with over an inch and a half of rain by 5 a.m.,” Melissa Smith, a meteorologist and hydrologist with the National Weather Service in Rapid City, said Wednesday morning in a telephone interview.

She said the maximum wind measured in Rapid City was 58 miles per hour at 9:22 a.m. At the airport, it reached 64 mph at 7:51 a.m. The highest area wind gust, measured unofficially, was recorded at 12:25 p.m., three miles northwest of Wasta, where the wind touched 79 miles per hour.

Smith also reported, by Wednesday morning, more than a foot of snow in Spearfish and Sturgis and just shy of two feet in Lead.

Tuesday constituted the sixth wettest October day since records began being kept in 1888, Smith said. But there’s recent precedent for this kind of weather in the Black Hills, she said.

The South Dakota Department of Transportation issued various road closures and warnings that were clearing on Wednesday afternoon.  More information can be found at https://www.sd511.org.

Black Hills Energy reported 750 area outages on Tuesday during the height of the storm, said Mutch Usera, the company's senior community relations manager. By about 1 p.m. on Wednesday, Usera said, the number of outages had been cut to 283, with 239 of those falling near Pactola Lake and concentrated in Silver City. Usera said the power restorations may occur at different times, depending on the situation surrounding the outage. He encouraged people to check for updates on the company website, at https://www.blackhillsenergy.com/outages.

In Lead, where the area weather conditions might be among the roughest, winter supplies have been sliding from the shelves.

“It’s been constant,” said Toby Jones, assistant manager of Twin-City Hardware, Lumber, Rental & Office Supply in Lead. ”We’ve almost sold out of what we have here, and we’re waiting for (reinforcements) from our truck.”

Jones said shovels and scrapers have been in the highest demand.

Darton Brown, assistant manager of Lead Ace Hardware, said he sold a hefty supply of shovels on the days leading up to the storm, as well as three large snow blowers on Wednesday morning. Brown said store traffic on Wednesday, though, was limited.

“It’s actually been pretty slow,” he said. “Most people have the sense to stay home today.”

As Brown looked out the window, he saw mostly stillness, interrupted by the work of snow plows.

Not everyone has been disturbed by the weather. Jones said he’d heard plenty of “lovely weather” jokes among customers in the store, noting that people in town are used to the rough weather. Brown echoed those sentiments.

“I had a call from someone this morning,” Brown said, “wanting a sled.” 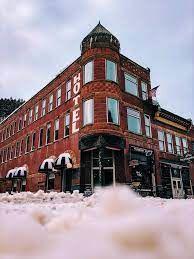 “I’m a guy from New Jersey with no experience in hotels, no experience in restaurants, nothing — I just fell in love with the idea of changing my whole lifestyle and most importantly for me was to leave a legacy,” he said recently.

Russo bought the Fairmont Hotel in 1989. He said he came into town in November and everything was in chaos since gambling had become legalized.

“I said to my friend, ‘You know, there’s opportunity in chaos,’ so I decided to stay,” he said.

Russo said he had just left his job as a vice president of marketing with a cable TV company in New Jersey and was ready to expand his horizons.

He said the Fairmont was a “magnificent building that had a lot of bad things done to it.” He promised the owners he would do a faithful restoration of the building.

Russo said he has spent around $2 million in renovations but much work still needs to be done.

The majority of the renovation was done with infrastructure like wiring, plumbing and electricity. Russo said, though, if someone had the time and money, they could probably finish renovating it in about 120 days.

Dave Barth, who bought the Fairmont from Russo, said there will be some renovations done to Oyster Bay, the bar and oyster dining option within the Fairmont, while the upstairs will be left alone for now.

Barth said he plans to expand the bar and add seating to Oyster Bay and incorporate pizza from A&B Pizza, the Bismarck, North Dakota-based, family-owned restaurant started by his grandmother. He said popular Oyster Bay menu items will remain, like the oyster shooters. The ghost tours will continue, too.

He said the bar will remain open during renovations with plans to begin the first week in November and completion anticipated in January.

Barth said he’s been coming to Deadwood since his 21st birthday in 1994. He said his first drink was at Saloon No. 10. He said he sold A&B to his brother and sold his recycling company, but felt like he was too young to retire.

“If you retire, you expire, so you need to keep busy,” he said. “Having something to do in a nice community like this is what I chose.”

“I’m looking forward to the opportunity, and I’m hoping we can be part of the community,” he said.

Barth declined to say how much he paid for the building.

The court records related to a criminal case involving state Sen. Gary Cammack, R-Union Center, have been sealed and will likely remain so until they are expunged from his criminal record entirely so long as the senate majority leader violates no laws through Dec. 29.

But a court document detailing Cammack's charges following his arrest on Jan. 18, 2020, were made public on a political blog on Oct. 5 by Corey Heidelberger before being sealed by the court. He first saw the document on Oct. 4.

Heidelberger told the Rapid City Journal on Wednesday that he was just checking court records when he came upon Cammack's case and wrote about the charges on his blog, Dakota Free Press. He said he didn't know the case was sealed until a few days later when another media outlet contacted him about the document.

According to the court document, Cammack was arrested and charged with driving under the influence and speeding in Meade County on Jan. 18, 2020.

The charges were filed in Meade County on Jan. 21, 2020, with Pennington County Deputy State's Attorney Alexandra Weiss prosecuting the case.

Pennington County State's Attorney Mark Vargo explained that generally another state's attorney will take over prosecuting a case in another county if their state's attorney appears to have a conflict of interest in a case.

Cammack plead not guilty to the DUI charge, a class one misdemeanor, on Feb. 4, 2020.

The DUI charge was dismissed over a year later on June 29 with a reduced charge of careless driving filed instead.

Cammack pleaded guilty to the careless driving and speeding charges, both class two misdemeanors. He received a suspended imposition of sentence and upon the filing of the dismissal of charges and completion of sentencing conditions, which may have included completion of a diversion program. He was also ordered to pay a fine of $431.50 for the careless driving charge and $39 fine for the speeding ticket, in addition to $222 in court costs.

Vargo spoke generally about a suspended imposition of a sentence for a misdemeanor charge, saying that a person who successfully completes a diversion program can have the case dismissed a year following the completion of the dismissal, then have the case sealed and expunged from their criminal record.

A court case may be sealed if the court is concerned that case records may lead to excessive pretrial publicity and jeopardize fairness for both the defendant and prosecution. Vargo said case files are frequently sealed in cases involving child victims or victims of a sexual offense.

According to the 1993 South Dakota Supreme Court decision, State v. Schempp, the purpose of suspended imposition of sentence is "to allow a first-time offender to rehabilitate himself without the trauma of imprisonment or the stigma of conviction record."

State law also allows the court to enter an order of expungement, which is defined to mean sealing and not destruction, if the court is satisfied that the ends of justice and the best interest of the public as well as the defendant or the arrested person will be served by the entry of the order.

Cammack did not respond to calls requesting comment on the matter as of Wednesday afternoon.

Click and hold your mouse button on the page to select the area you wish to save or print. You can click and drag the clipping box to move it or click and drag in the bottom right corner to resize it. When you're happy with your selection, click the checkmark icon next to the clipping area to continue.