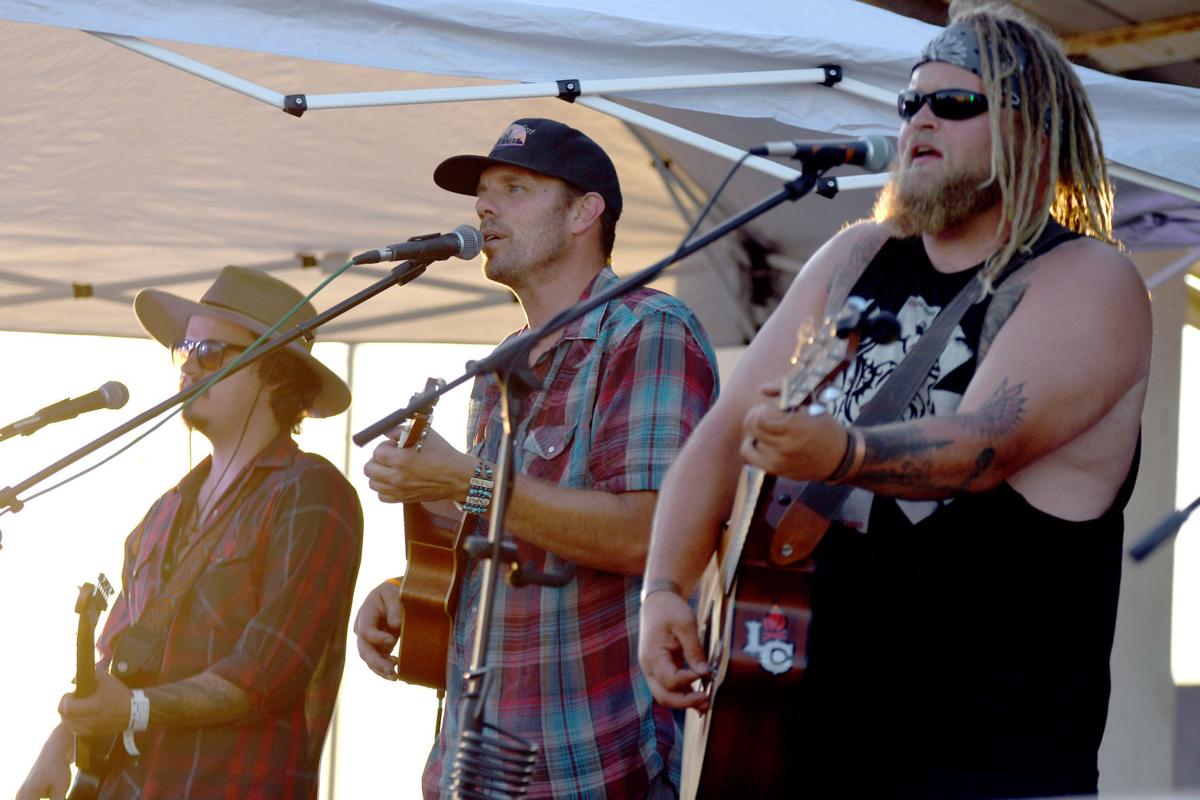 From left, Johnny Hastings, Navada Ellison and Kevin Bradt of Camp Comfort perform in 2019 during Bands on Bordeaux. Camp Comfort will be one of the headline acts at Black Hills Drive Aid. 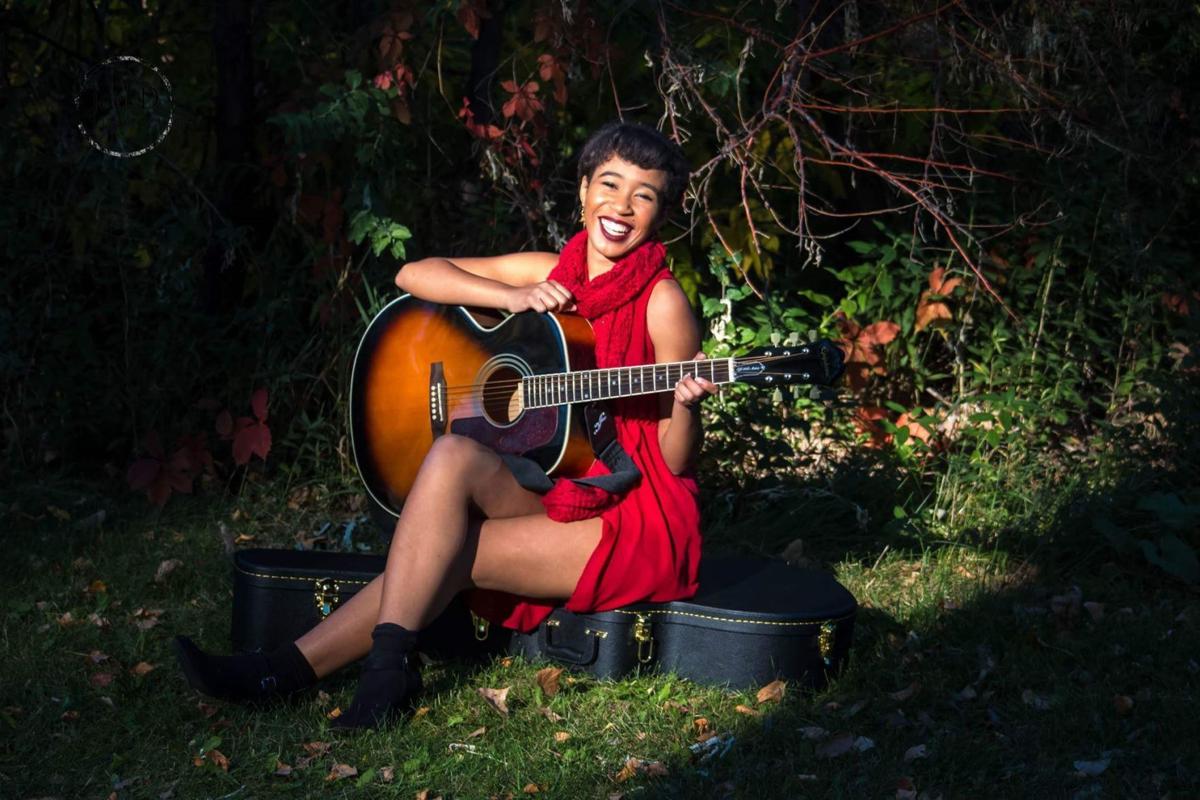 Singer-songwriter and guitar player Sophia Beatty will be one of the headline acts at Black Hills Drive Aid.

Live music, a warm summer night and a good cause. The Black Hills Drive Aid concert this weekend puts regional entertainers in the spotlight to raise funds for COVID-19 relief efforts.

Modeled loosely after the Farm Aid concerts, Black Hills Drive Aid brings together six bands — plus surprises to be announced — in an outdoor concert Saturday at Roy’s Black Hills Twin Drive-In in Hermosa. The venue opens at 6 p.m.; show time is at 7 p.m. Tickets are $15 per person or $60 per carload. At least 50% of proceeds will go to the Black Hills Area Community Foundation COVID-19 relief efforts. Tickets can be purchased at eventbrite.com or at the drive-in on the day of the show.

“We’ve been doing live-streams and in the last month or two, we’ve had socially distanced shows. There’s a lot of people who care about keeping themselves and their families safe,” Carman said. “We want to make sure people who want to see live music feel safe doing it.”

“All six are bands who I genuinely believe could be national touring acts, and they all live right here,” he said. “Every single band has a completely distinct sound.”

Camp Comfort plays blues-based summertime chill rock. “It’s feel-good party music that makes you want to dance,” Carman said. “They’re a lot of fun. They have quite a local following.”

Sophia Beatty is a singer, songwriter and guitar player. “People should see her before her tickets are $80 a show,” Carman said. “Her music has kind of a blues-pop-soul kind of vibe to it; she also does jazz standards.”

The Wake Singers are a Lakota family indie rock band from Red Shirt Table. “Their sound is so unique they should be famous,” Carman said. “They’re incredible. Their lead vocalist is a female with a soulful jazzy voice. They’re in a league of their own.”

Green House Stereo is a grunge folk band whose music has a Neil Young vibe.

Modern Folklore is a new band that includes Carman and others who met at Cave Collective. “The band formed to be an artistic outlet while none of us could go to shows,” Carman said. He describes their songs as feel-good but melancholy with noisy pop music.

Black Hills Drive Aid will be staffed by volunteers, Carman said. Masks are encouraged and diverse precautions will be in place to accommodate those who want to wear masks and socially distance, and those who prefer not to. Car hops will serve food and assist those who want to stay in their cars throughout the show. Bathrooms will be sanitized hourly and stocked with extra sanitizing wipes. People who want to watch the show mask-free near the stage can do so in designated zones.

Anyone who can’t or chooses not to attend in person can watch a free live-stream of the concert at facebook.com/TheCaveCollective/. Donations are welcome and can be made at https://bit.ly/cavecollectivefund.

“We encourage a sober, clean lifestyle when people come to our shows,” Carman said.

Before COVID-19 hit, the Carmans were planning “a pretty substantial expansion” of Cave Collective’s downtown venue, including an after-school coffee shop and youth music lessons. The pandemic has stalled all that, but Carman is hopeful Cave Collective can reopen and its expansion can proceed.

As part of Black Hills Drive Aid, Cave Collective is launching a GoFundMe to support its youth development initiative. That initiative will include offering classes in audio production, stage management, hip hop and other music-related studies, building a recording studio, and adding a tutoring center.

“We want to have a massive youth education center based around music and art,” Carman said.

The Kennedy Center is putting Native musicians, poets and artists from South Dakota in the spotlight as part of its Arts Across America series.

Foreigner has announced a new date for its concert at Deadwood Mountain Grand. Due to scheduling changes on their tour, Foreigner's Nov. 22 pe…

Simon Cowell 'doing fine' after breaking back in bike accident

"If you buy an electric trail bike, read the manual before you ride it for the first time," Simon Cowell tweeted after breaking his back in an accident.

'I kind of missed it': Chip, Joanna Gaines bringing 'Fixer Upper' back in 2021

'Dirty Dancing' is getting a sequel

Jennifer Grey is reportedly set to star in the sequel as well as executive produce it.

LOS ANGELES (AP) — Chris Pratt and Katherine Schwarzenegger say they are “beyond thrilled” and “extremely blessed" after she gave birth to their first child together.

We’ve had to say goodbye to some beloved musicians, athletes, actors and more. Here's a look at the stars we've lost so far in 2020, through July.

LOS ANGELES (AP) — Angelina Jolie asked Monday that the private judge overseeing her divorce from Brad Pitt be disqualified from the case because of insufficient disclosures of his business relationships with one of Pitt's attorneys.

How an arrest upended filming of 'Surviving Jeffrey Epstein'

NEW YORK (AP) — The filmmakers behind “Surviving Jeffrey Epstein” moved quickly when Ghislaine Maxwell was arrested on federal charges that she acted as a recruiter for the financier’s sexual abuse.

SpaceX crew returned to Earth and other space news you missed

SpaceX crew returned to Earth and other space news you missed

From left, Johnny Hastings, Navada Ellison and Kevin Bradt of Camp Comfort perform in 2019 during Bands on Bordeaux. Camp Comfort will be one of the headline acts at Black Hills Drive Aid.

Singer-songwriter and guitar player Sophia Beatty will be one of the headline acts at Black Hills Drive Aid.