The 'All Day' hitmaker - who split from Kim Kardashian in February 2021 after seven years of marriage - recently exchanged vows with Bianca Censori in a private ceremony, though it is not believed the union is legally binding as they haven't filed a marriage certificate, TMZ reports.

Kanye was first pictured with Bianca - who has worked as an architectural designer at his company Yeezy for several years - at the Waldorf Astoria in Beverly Hills earlier this week, and he was wearing a wedding ring.

Sources told the outlet that the jewellery signifies the 45-year-old star's commitment to Bianca.

Meanwhile, Kim recently admitted she is worried that people will be "scared" to date her because Kanye - the father of her children North, nine, Saint, seven, Chicago, four, and three-year-old Psalm - isn't the "easiest" person to deal with.

Lisa Marie Presley's final Instagram messages were about her battle with grief in the wake of her son's suicide and how "death is part of life".

The daughter of Elvis and Priscilla Presley, who died on Thursday (12.01.23) after it was reported she suffered a heart attack at home, put up two posts on the social media platform discussing her feelings following the death of her boy.

She shared an article from an interview she did with People for National Grief Awareness Day, titled "Lisa Marie Presley Says She Was 'Destroyed' By Son Benjamin's Death But Keeps 'Going for My Girls'."

Lisa Marie messaged her fans: "Hi. In honor of it being National Grief Awareness Day, I wrote an essay about Grief which was posted today on @people.

"I thought I'd post it here in the hopes that anyone who needs to hear all of this it helps in some way."

Shakira has reportedly put a lifesize witch doll on the balcony of her Spanish house which is said to overlook her former mother-in-law's home.

Montserrat Bernabeu, mum of the 45-year-old singer's ex, Gerard Piqué, was said by Spanish newspaper Marca to have noticed the creepy mannequin on the terrace of Shakira's house in Barcelona.

And according to Spanish show 'Mas Vale Tarde', Montserrat reportedly asked one of Shakira's staff to turn the witch around so it would not face her home which is on the same street.

Spanish journalist Marc Leirado Millan said in a tweet hinting the feud had been going on for some time: "Weeks ago, I got some information that Piqué's mother was worried about an alleged ritual that was done to her with a black witch.

"But I didn't give it any more importance."

Celeb news for the week of Jan. 9

Prince Harry has been invited to reunite with Prince William at the relaunch of a nightclub where the brothers once partied.

Lisa Marie Presley's autopsy has reportedly been performed but will not immediately be released.

Ghislaine Maxwell: 'I met Queen Elizabeth and bonded with her over our love of horses'

Ghislaine Maxwell claims she met Queen Elizabeth and bonded with the monarch over their mutual love of horses.

Marvin Gaye's eldest son Marvin Gaye III is reportedly being investigated for assault after he allegedly pointed a gun at his cousin.

Selena Gomez hit back at trolls by saying she is a "little big right now" as she "enjoyed" Christmas and New Year.

Britney Spears 'flipped off' camera in 'response' to 'meltdown' report

Britney Spears gave the finger in her latest Instagram clip after it was reported she had a "manic" episode at a restaurant that saw her husband Sam Asghari storm away.

Gerard Butler would like to make a "really dark satire" in the future.

Jameela Jamil wants to play a villain in Star Wars

Jameela Jamil would take any role she was offered in 'Star Wars'.

'The Banshees of Inisherin' stars Colin Farrell and Brendan Gleeson will miss the Critics' Choice Awards after testing positive for COVID-19.

Khloe Kardashian attended the funeral of Tristan Thompson's mother on Saturday (14.01.23) along with her mother Kris Jenner and sister Kim Kardashian.

Red Hot Chili Peppers bassist Flea is ready to experience fatherhood all over again at the age of 60 after he and his second wife Melody Ehsani welcomed a baby into the world in December.

James Gunn insisted he hasn't yet cast anyone as Superman despite speculation Jacob Elordi is in line to play the Man of Steel.

'My body was beaten to a pulp': Tom Hanks' reveals his most-exhausting scene to shoot

Tom Hanks' most-draining movie scene is not perhaps what fans would expect.

David Arquette says it is a blessing in his life to get on so well with his ex-wife Courteney Cox, whom he has 18-year-old daughter Coco with.

Lisa Marie Presley is said to have suffered from a "broken soul" over the suicide death of her son Benjamin.

Jenna Ortega is being hailed as "iconic" for pronouncing Rihanna's name correctly at the Golden Globes.

Lisa Marie Presley spending more than $92,000 a month before death

Lisa Marie Presley was spending more than $92,000 a month before her death and may have been worth only $4 million when she passed away.

Tori Spelling's daughter Stella is back home from hospital and "feeling much better" after being diagnosed with a migraine attack so severe it can be mistaken for a stroke.

Don Cheadle refuses to watch his own movies

Bono and The Edge's new documentary

U2's Bono and The Edge are set to release a new documentary with David Letterman, which will stream on Disney Plus.

Ryan Adams has already shared a number of the covers on social media.

Steven Spielberg's longtime composer John Williams, 90, is not retiring, despite previously announcing he was ready to stop working.

Lisa Marie Presley reportedly died following a second cardiac arrest, after she was rushed to hospital.

'Okay, so she's normal': Kate Winslet put her on-screen daughter in Avatar 2 at ease with a hug

Bailey Bass soon relaxed in Kate Winslet's company after she hugged her.

KISS have tonnes of music stored away in a vault that could be used for future bootleg releases.

Chrissy Teigen and John Legend have welcomed a new baby together, John has revealed.

Katy Perry wants to still be a pop star when she's a grandma.

Saweetie lands a cameo in Bel-Air

Rap star Saweetie is set to make a cameo appearance in 'Bel-Air'.

Bryan Cranston hopes 'Malcolm in the Middle' can be revived one day.

Rob Lowe got "trapped" on his street for more than a day because of the storms in California but eventually moved a fallen tree which was blocking the road.

Kevin Spacey has denied seven more sexual offences against a man alleged to have been committed in the early 2000s.

Finn Wolfhard understands why his 'Stranger Things' co-star Millie Bobby Brown branded him a "lousy" kisser because he almost headbutted her.

Pharrell Williams: 'I don't have the mental endurance to create film scores'

Pharrell Williams says he doesn't have the "mental endurance" to create film scores.

'I've definitely been inspired': The Weeknd has been in the studio

The Weeknd has been in the studio working on new material

Julianne Moore was left bemused when she was told to "look prettier" by an unnamed movie executive.

Michael Bay charged over killing of a pigeon

Michael Bay has been charged by Italian authorities over the alleged killing of a pigeon on the set of '6 Underground'.

James Cameron had to convince Leonardo DiCaprio to star in 'Titanic' as the actor thought that the screenplay was "boring".

Janelle Monae says being open about her non-binary gender is "honouring" her "truth" amid her "coming in" journey.

Tony Christie has vowed to keep working despite being diagnosed with dementia last year.

'Centuries' hitmakers Fall Out Boy have sent seashells to fans including Bring Me The Horizon frontman Oli Sykes as they continue to tease their new album.

Meek Mill has insisted he never intended to cause any "offence" with the promo.

Taylor Swift's first appearance of the year was debut 'Anti-Hero' at The 1975's concert.

From the death of Lisa Marie Presley, to Biden's classified documents investigation, here are the top national stories from the past week.

Kanye West's wife's family are ‘super happy’ about their wedding 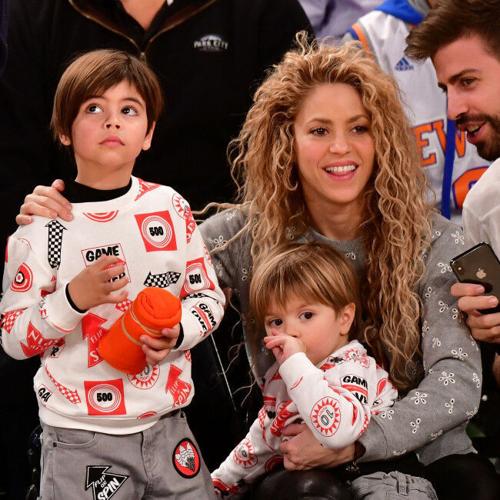 Shakira has reportedly put a lifesize witch doll on the balcony of her Spanish house which is said to overlook her former mother-in-law's home. 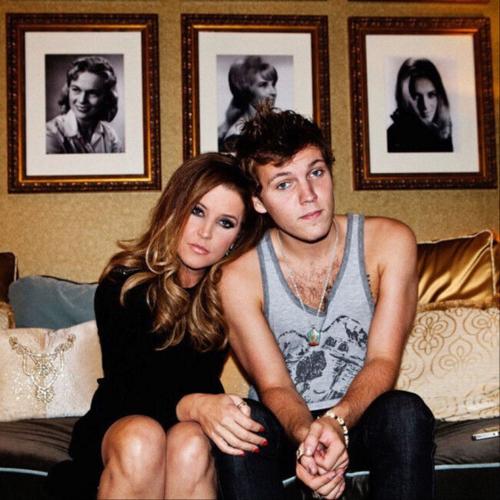 Lisa Marie Presley is said to have suffered from a' broken soul' over the suicide death of her son Benjamin.