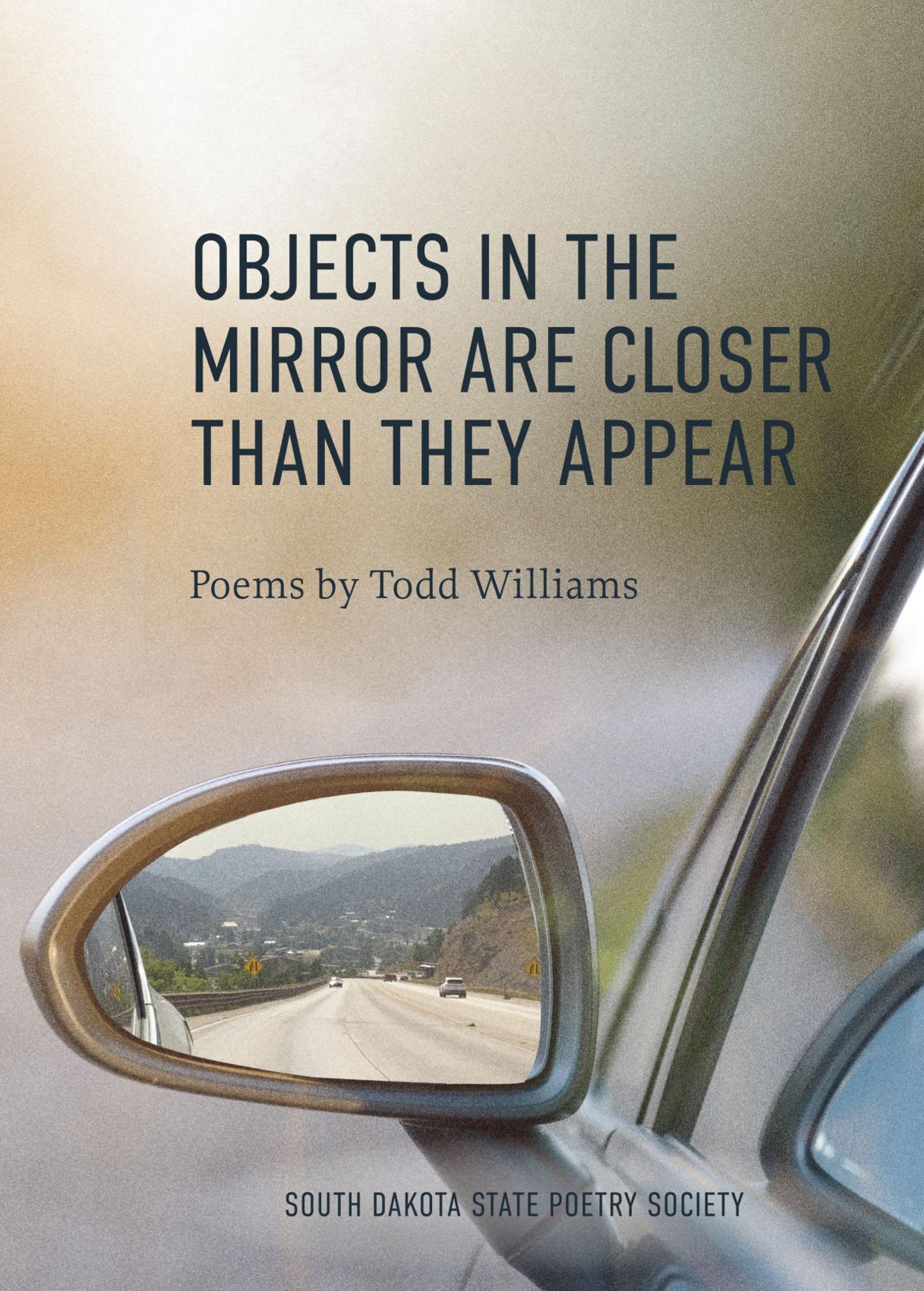 Longtime Black Hills resident Todd Williams' first book of poetry, "Objects in the Mirror are Closer Than They Appear" will be published this fall by the South Dakota State Poetry Society. 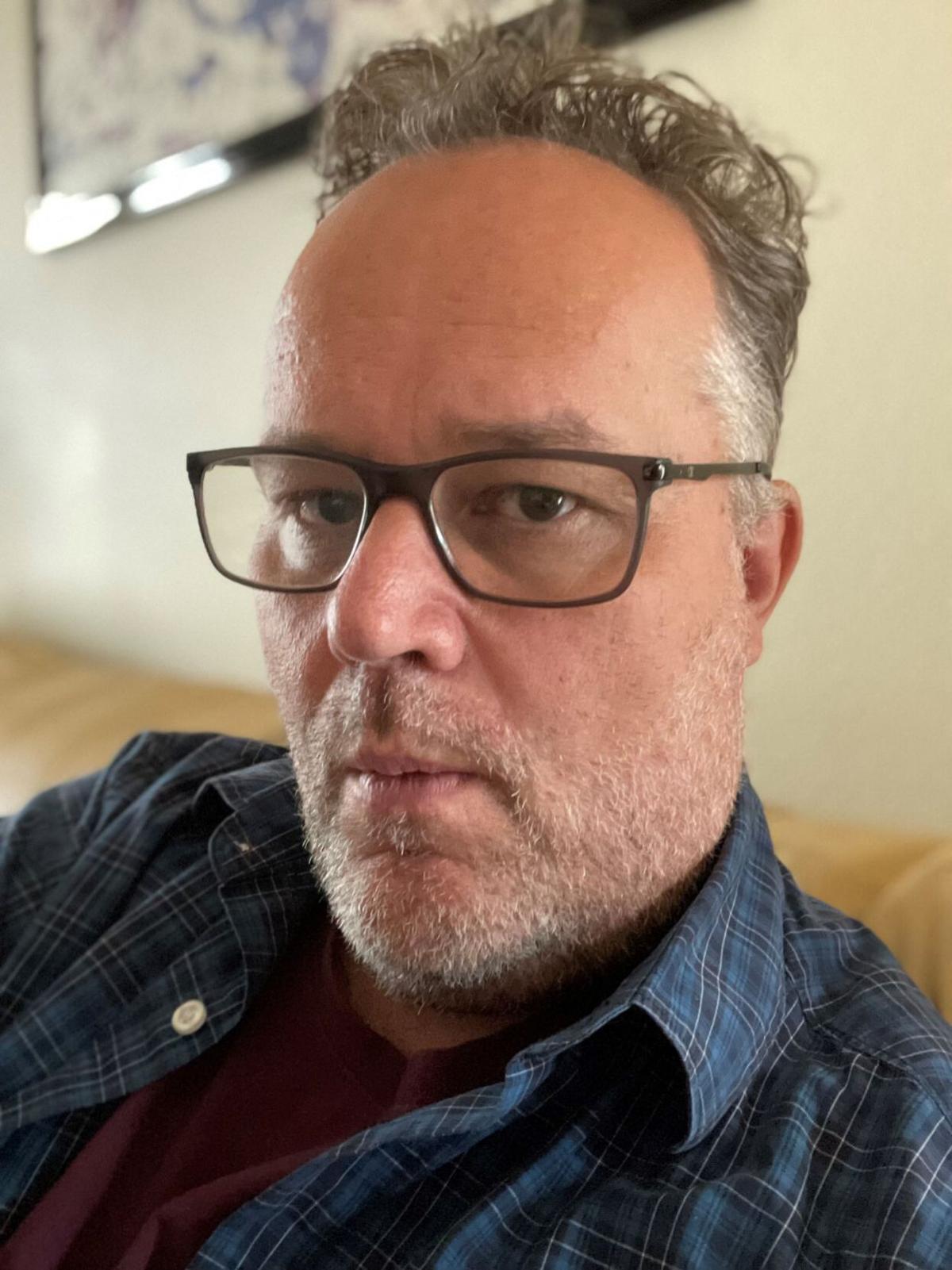 Todd Williams, winner of the South Dakota State Poetry Society’s 2021 chapbook contest, will have his first chapbook of poetry published this fall.

“Objects in the Mirror are Closer Than They Appear” is a 22-poem collection that explores childhood, aging and loss. The chapbook will be available at sdpoetry.org/shop/.

“Each poem is a reckoning, an attempt to close the ever-widening gap between the past and the present,” said Avery M. Guess, the 2021 chapbook contest judge.

“Williams writes that old highways ‘offer no passage to the past.’ Instead, it is through these poems filled with candy cigarettes, a 1986 Ford Escort, a father’s old socks, blizzards, and road trips through South Dakota and adjacent states that the reader is transported in time,” she said.

Williams is a former journalist who worked at newspapers in South Dakota and Montana for more than 25 years, including papers in Deadwood, Lead, Spearfish, Gettysburg and Mitchell. He spent 10 years at the Rapid City Journal as a copy editor, online editor and columnist.

Williams currently works in public relations for Aramco in Dhahran, Saudi Arabia, and lives there most of the year. He wrote much of “Objects” during the COVID-19 pandemic. The lockdown gave him opportunities to talk to and learn from other South Dakota poets via Zoom who he might not have met otherwise, he said.

Spending more than a year of enforced time away also gave Williams a view of home that's woven throughout "Objects."

“The book starts out when I was 22 years old and how I looked at South Dakota then, and by being away from it, it gives you a different perspective. You see things differently and what it means to you,” he said. “Homes, places … if you remember them, there’s a reason. It’s significant to you.”

"Objects" lovingly reflects the influence of Williams’ parents, the late Chuck and Bernie Williams of Deadwood, as well. The book’s cover captures a scenic view of Deadwood in a car’s rearview mirror. The view was his mother’s favorite, Williams said.

“I love the fact they were able to get the image in the mirror into the design,” he said. “My mother used to talk about how the first time she saw it, it felt like coming home.”

Bernie Williams was known for her devotion to Deadwood. She served as the head of planning and zoning for the city for nearly two decades, and she was involved in many community activities such as Paint the Town and the Days of ’76 rodeo. She died in 2009 and is the namesake for Deadwood History Inc.’s Bernie Williams Award.

The chapbook's recurring themes about highways, cars and road trips, and some of the poems, draw inspiration from Williams’ father. Chuck Williams worked for 28 years as the Lawrence County Highway superintendent.

“I have a friend who’s an English teacher who pointed out a lot of poems I write are about roads and highways. My dad was a highway superintendent so I had that view, and then it worked out from there,” Williams said. “Anybody who’s lived here knows the ‘meditation time’ (on South Dakota highways). That idea of the highway and the space to see things and contemplate worked well with poetry.”

Williams said he began reading poetry more avidly after his mother died and writing it after his father died in 2017.

“The death of my father got me to writing. I think a lot of poets come to it that way. There’s some kind of big moments and writing is a way of processing,” Williams said. “A lot of people keep journals and turn it into poetry, and I’m somewhere in between.”

Williams began sharing some of his poems on Facebook as an alternative to the anger and negativity on the social media platform, he said. Family, friends and colleagues urged him to keep writing. One of his Aramco co-workers, Abdulwahab Bozaid, is a top Saudi Arabian poet who also encouraged Williams’ writing. Bozaid has translated Williams’ poem “Lost Socks” into Arabic, although the English version appears in Williams’ chapbook.

Williams’ favorite poem in “Objects” is “Stars and Sons,” which ties together past, present and future.

“It’s all about looking up in the sky and seeing the stars and thinking that people die but their presence carries on a long time after that,” he said. “You can still use them to guide yourself.”

Williams is the third former Rapid City Journal editorial staff member to write and publish a book of poetry.

Christopher Vondracek, a journalist and former English teacher, published his first book of poetry, “Rattlesnake Summer,” in 2020. The book is a tribute to each of South Dakota’s 66 counties. It’s available from badgerclark.com. Vondracek is included in the SDSPS 2020 anthology reading his poem “Dust Cloud in Hand County” at sdpoetry.org/2020-anthology/.

Former Journal copy editor and columnist Eric Lochridge, of Bellingham, Wash., has published three collections of his poetry: “Born-Again Death Wish” and “Real Boy Blues,” both available from finishinglinepress.com, and “Father’s Curse,” from foothillspublishing.com. Lochridge is the editor of “Long After Busyness: Interviews with Eight Heartland Poets.” More information about his work is available at ericedits.wordpress.com/.

Katey Sagal, known for playing Peggy Bundy on “Married... with Children,” was hospitalized after a car hit her while she was crossing an L.A. street.

Tickets go on sale Thursday for the Harlem Globetrotters' Spread Game tour, which is coming to Summit Arena at The Monument in Rapid City on M…

'It's not helpful': Jonah Hill asks fans not to comment on his body

"I know you mean well but I kindly ask that you not comment on my body," he wrote to his 3.1 million followers.

An 11th-hour deal was reached, averting a strike of film and television crews that would have seen some 60,000 behind-the-scenes workers walk off their jobs.

Betty Lynn, the actress famous for portraying Thelma Lou on "The Andy Griffith Show,” has died. She was 95.

Lip-sync teams can register now for the annual Lip Sync Battle fundraiser in Custer. If you can rock an air guitar solo and know every word to…

The primary goal of HSCT for MS is to stop the progression of the disease, avoiding new or worsening symptoms. But some patients report the procedure causes improvements as well.

Adele's new single, 'Easy On Me,' has finally dropped. So what's the verdict?

Reactions to Adele's new single are in. Listen to "Easy On Me" here.

M. Night Shyamalan will be the president of the 2022 Berlin Film Festival jury

M. Night Shyamalan will be the president of the 2022 Berlin Film Festival jury

Longtime Black Hills resident Todd Williams' first book of poetry, "Objects in the Mirror are Closer Than They Appear" will be published this fall by the South Dakota State Poetry Society.