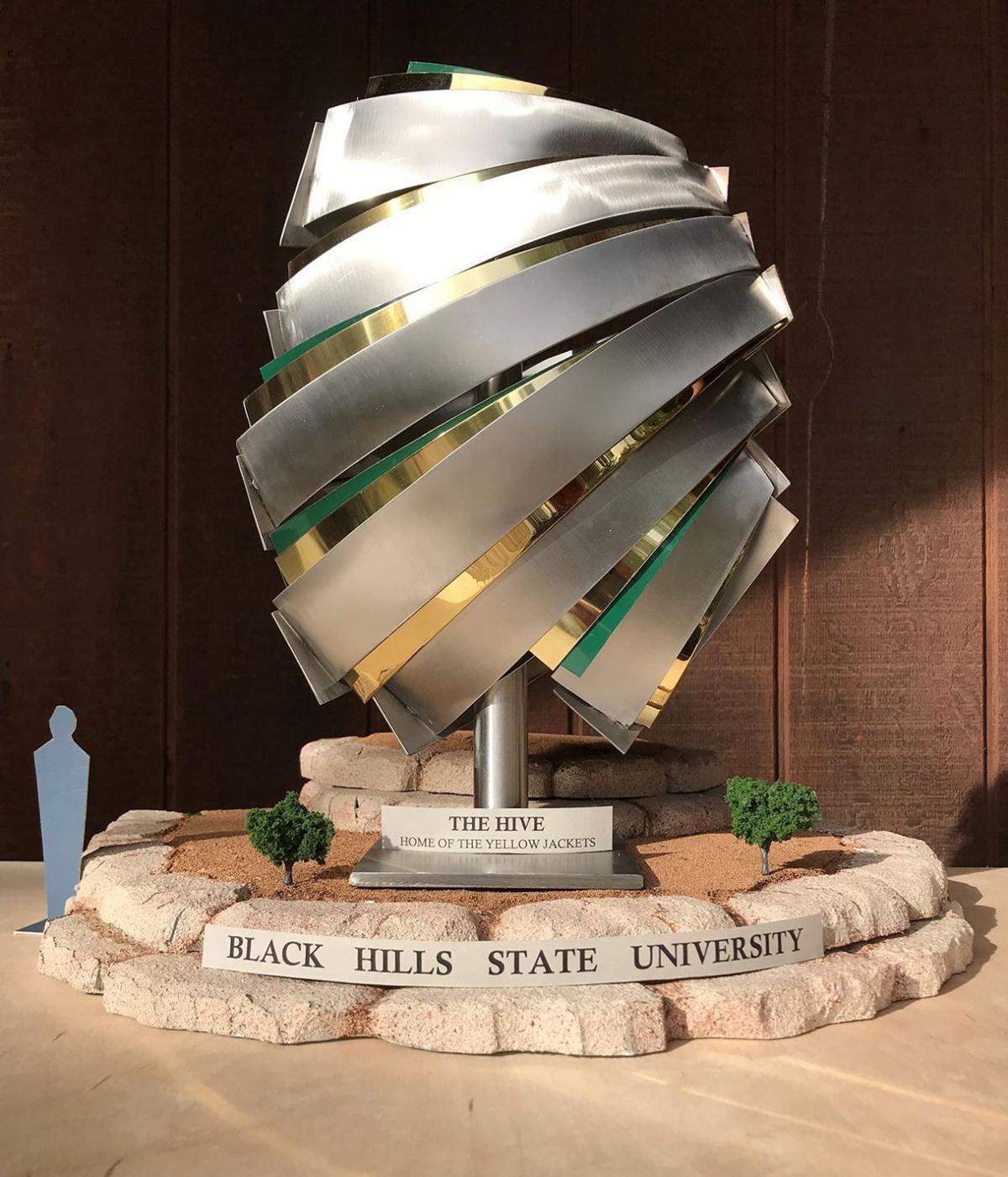 A model of "The Hive" by Dale Claude Lamphere. 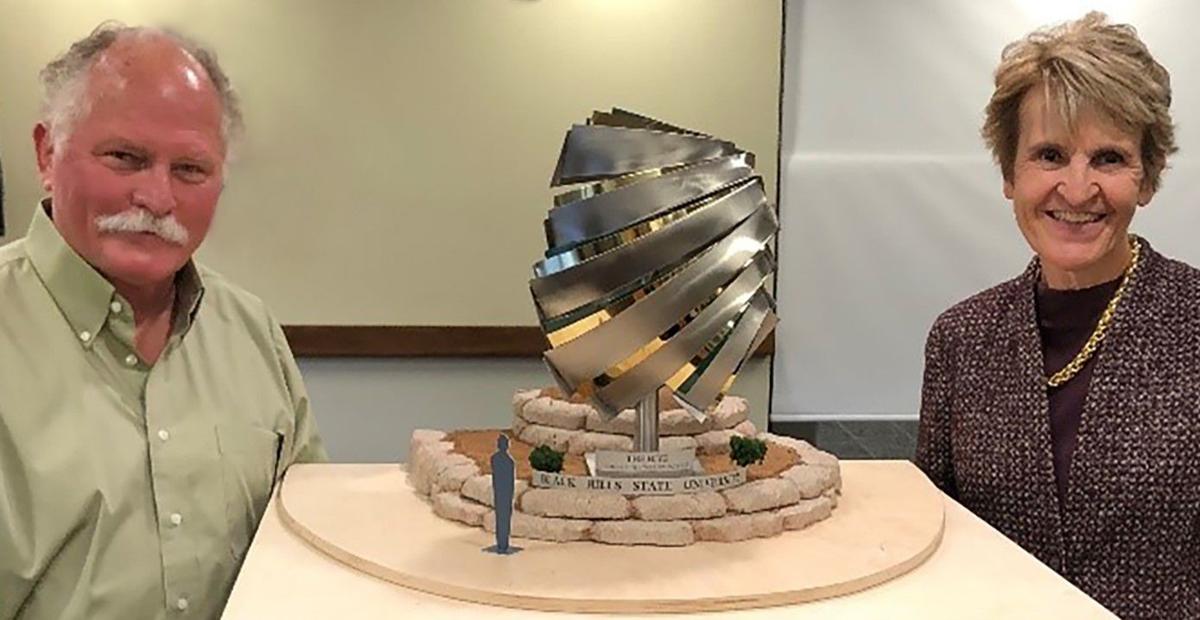 Sculptor Dale Claude Lamphere and Black Hills State University President Laurie S. Nichols are shown with the scale model of "The Hive" sculpture that will honor the connections between Spearfish and BHSU.

Lamphere, of Sturgis, attended Black Hills State University before becoming a renowned sculptor. Lamphere has completed 60 major public sculptures at such locations as the Basilica of the National Shrine in Washington D.C. His well-known works include "Dignity of Earth and Sky" at Chamberlain and the "Arc of Dreams" in Sioux Falls.

Lamphere recently created a model for the "The Hive," and said he's looking forward to working on this new sculpture. It will be installed in the roundabout at the intersection of Jackson Boulevard and Ames Street, where it can be seen by visitors and students at BHSU.

“After studying the natural form and overlapping structure of a hive, I have distilled it down into a stainless steel creation that represents the home of the Black Hills State University Yellow Jackets,” Lamphere said. “My goal is to create a beautiful, lasting and iconic image that represents the University in the years to come.”

BHSU President Laure S. Nichols said she is excited about the sculpture. Its future location leading to the BHSU campus emphasizes community interaction that is so important to BHSU.

“The model of the sculpture that Dale Lamphere shared with us emphasizes the legacy and ongoing synergy within the community of Spearfish and the university. Having a high caliber sculpture by Dale Lamphere, a world-renowned sculptor who was once a BHSU student, right on the street that is the gateway to Black Hills State University is an exciting project. BHSU and Spearfish have a legacy of a symbiotic relationship and it’s gratifying to move forward with a sculpture to commemorate that unique history and celebrate the collaborations to come," Nichols said.

Mike Harmon with the City of Spearfish has been involved in the early discussions about this project. He has worked with Lamphere to ensure the installed sculpture will fit in the center of the roundabout and that infrastructure will be in place for lighting. Millions of visitors travel past Spearfish each year. Bringing more visitors into Spearfish to view the sculpture will benefit the entire community.

The long-delayed Rocky Mountain Athletic Conference’s volleyball season is due to begin this weekend, and the Chadron State Eagles hope to be …

During their regular meeting Monday evening, Chadron City council approved issuing refunding bonds to in regard to the Chadron Aquatic and Wel…

After a special election Last Tuesday, Jan. 12, Crawford mayor Connie Shell will remain in office. She is currently about halfway through her …

Police chief to resign in February

Tim Lordino is currently in his 13th year as the police chief of Chadron, one that will also be his last with the city as he tendered his resi…

As the COVID-19 vaccine is becoming more available, 1,100 doses, plus the required second dose, are anticipated to arrive weekly in the Panhan…

After being closed to the public since Nov. 18, Chadron State College has reopened select facilities to the community beginning Monday, Jan. 2…

A model of "The Hive" by Dale Claude Lamphere.

Sculptor Dale Claude Lamphere and Black Hills State University President Laurie S. Nichols are shown with the scale model of "The Hive" sculpture that will honor the connections between Spearfish and BHSU.