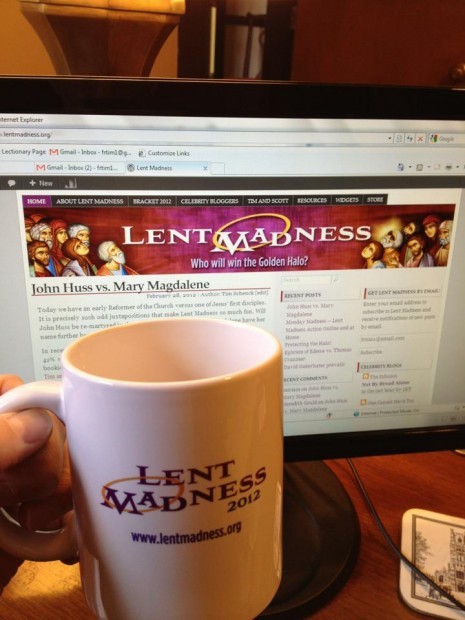 Lent Madness mugs have become popular among the website's devotees. 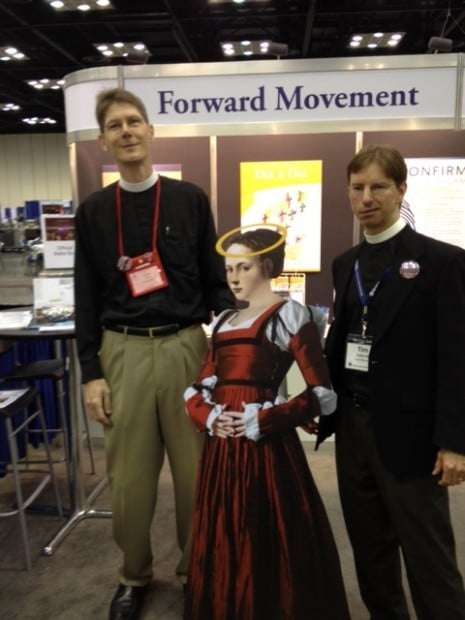 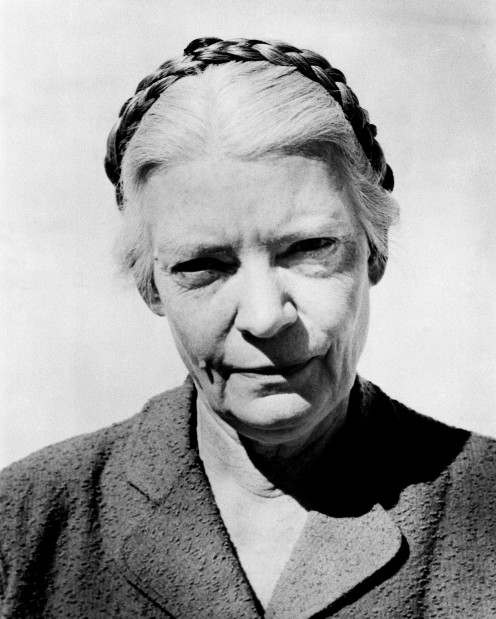 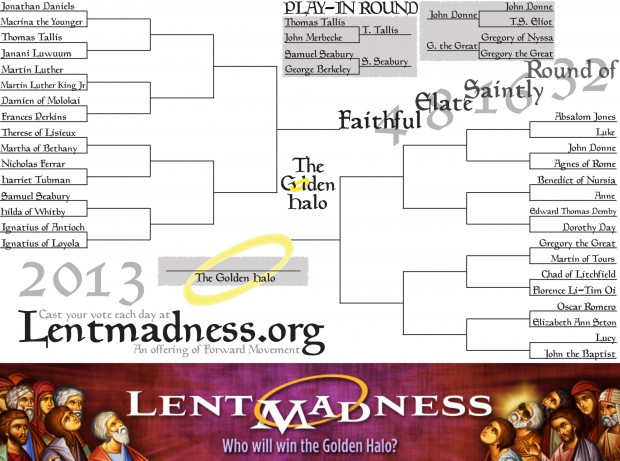 Instead of pitting NCAA basketball teams against each other, the Lent Madness bracket matches up holy men and women from the Christian tradition.

What does a take-off on college basketball's March Madness have to do with Lent?

A lot, say area Christians who are using the Lent-based website, lentmadness.org, to take a different approach to the Lenten season. They argue that Lent and fun shouldn't be mutually exclusive.

Lent Madness is an online ministry of a sports-loving Episcopal priest that is loosely based on the wildly popular NCAA March tournament. Instead of basketball games, however, think of it as a "saintly smackdown" that pits the holy men and women of Christian tradition against each other in a daily online vote that determines which one will advance through the brackets to eventually wear the "Golden Halo."

The Rev. Mercy Hobbs, rector at Trinity Episcopal Church in Pierre, discovered Lent Madness last year and has been a devoted fan ever since.

To Hobbs, Lent Madness is an educational, spiritual and fun way to do Lent differently. This year, it's been an answer to her question, "How can I make Lent more meaningful?" for the middle- and high-school age students in her church youth groups. Most of them are college basketball fans and will follow the Sweet 16 games this month and next.

"I teach Sunday School using Lent Madness. This let's me make a bridge between their lives and Lent," she said. "We talk about why are they saints. Do you think they are? And it helps me talk about living saints in the world today."

It also allows Hobbs to introduce the idea of a daily worship time to kids, even if it's by their computer or smart phone.

The format is simple: Daily online voting by the general public has narrowed the original 32 saints to the Saintly Sixteen this week, down to the Elate Eight next, then to the Faithful Four and finally to the championship round, where the coveted Golden Halo is awarded on March 27.

Votes are cast after people read a brief biographical sketch of the person, including some interesting tidbits about their lives, followed by a "collect," or prayer, based on their lives. "Things get a bit more interesting in the subsequent rounds," according to the Rev. Tim Schenck, an Episcopal rector from Massachusetts and a witty blogger who came up with idea of Lent Madness. The Saintly Sixteen bracket delves into what Schenck calls "Quirks and Quotes," unusual facts about the saints.

Last year, Mary Magdalene took the Golden Halo; in 2011 it was C.S. Lewis and in 2010 it was Anglican priest and English poet George Herbert.

Earlier this week, Hobbs had to choose between two of her favorite Christians, Bishop Edward Thomas Demby, the first African American bishop of the Episcopal Church, and Dorothy Day, the founder of the Catholic Worker movement, who faced off in the first round.

"It was really hard, but I voted for Dorothy Day," Hobbs said. She has always admired Day's response to her critics whenever they reminded her that Jesus said "the poor will always be with you."

"Yes, but we are not content that there should be so many of them," Day said.

While not all 32 saints are canonized in the Roman Catholic tradition, many of them are. Other contenders, such as Day, Martin Luther King, Jr., and former Secretary of Labor Frances Perkins, come from the Episcopal Church's Lesser Feasts and Fasts book, a list of people whom the denomination recognizes and affirms as saints.

Hobbs won't reveal who she's pulling for to win the Golden Halo, but she admits she's a fan of Archbishop Oscar Romero, a martyred Catholic priest. "He was definitely an advocate for those who are suffering and those who are poor. He lived out that liberation theology," she said.

Hobbs visits the website every morning to read and vote. She and her fellow adherents are undeterred by Lent Madness critics who wonder whether Lent is supposed to be fun.

"Yes, certainly there are times when we really need to do self-examination during Lent ... but a great way of getting people's interest is by having fun things like this," she said.

“It is so fun. Don't know how much of a devotional it is, but I sure enjoy it," said Deacon Marty Garwood at St. Andrew's Episcopal Church in Rapid City.

So does the Rev. Lauren Stanley at Rosebud Mission West. "I am a faithful adherent, and vote every morning, first thing," she said.

Lent Madness founders think Jesus had a good sense of humor. "Oh, and we don’t much care for self-flagellation. We understand Lent to be a time for fresh conversion — to renewing our commitment to following Jesus. You can do this whilst turning that frown upside-down," Schenck said.

"It's been neat watching people get so engaged with this," he said. "They're learning about the saints, and they're having fun at the same time. Some of this is just a reminder that Lent doesn't have to be completely grim and dreary and dour."

The Rev. Paul Sneve, rector of St. Matthew's Episcopal Church in Rapid City, said he initially wondered, "How respectful is it?"

But done in addition to one's regular Lenten discipline, he decided it's all good-natured fun.

"You really do learn quite a bit. You're learning about holy people and thinking about which ones you prefer to emulate in your daily life. For Lent, that's not bad," Sneve said.

But Sneve admits the March Madness-tournament style play doesn't appeal to him much. "I'm not much of a basketball fan. I hold out for baseball," he said.

How to prepare your home for cooler weather

How to protect yourself against adult bullies

What experts say about the best time to exercise

For everyone who hates setting their alarm an hour earlier to hit the gym, scientists may have some good news.

Kary Osmond: This pasta recipe needs only a few ingredients and is easy to master

If you’re looking for a pasta dish that’s comforting and easy to make, look no further.

A more comfortable goodbye? Pet euthanasia at home up in pandemic

Services offering home euthanasia for pets have been busier than ever since the pandemic led to limits on humans at vet practices and animal hospitals.

Donation do's and don'ts — plus busting some Goodwill myths

Anything you donate needs to be reusable. Here are some more donation tips and some common misconceptions about Goodwill.

How to raise a puppy

Raising a puppy is a challenge for both new and experienced dog owners. Here are six tips for puppy rearing from the American Kennel Club.

Step inside one of the country’s biggest pumpkin farms

One upstate New York pumpkin farm celebrates fall and family at their 360-acre U-pick property that attracts thousands each year.

Recipe of the Day: Lasagna for Busy Weeknights

This recipe for easy homemade lasagna has all of the key components of grandma's cooking: it's made from scratch, generously seasoned and can feed the whole family.

6 ways to wear your favorite scarves

Fall is scarf season. Here are six ways to style them.

The chemical is in food storage containers, shampoo, makeup, perfume and children's toys. Here are tips to reduce your exposure.

How to prepare your home for cooler weather

Lent Madness mugs have become popular among the website's devotees.

Instead of pitting NCAA basketball teams against each other, the Lent Madness bracket matches up holy men and women from the Christian tradition.