It was negative 13 degrees Celsius (8.6 degrees Fahrenheit) when Lorelou Desjardins took a break from her workday to take a walk on the frozen lake near her home in Oslo, Norway. She was accompanied by her husband, who had recently been on four months of paternity leave, and their infant son.

Not only was she encouraged by her employer to take this walk — she is paid one hour per week to exercise or spend time outdoors. It's one of the several times she goes outdoors during the workday.

Other times are to put her 1-year-old out for a nap, wrapped up in blankets outdoors, like they do with him and the other babies in day care, or by taking a walk in the forest whenever she has a meeting over the phone with a colleague, which her workplace encourages her to do.

That's thanks to friluftsliv (pronounced FREE'-loofts-liv), a Norwegian custom that means living "life in fresh air," or more simply, spending time outdoors and being active.

"It's life in fresh air, which in English, you could say is an outdoorsy life," she said. "But it's actually more than that. It's not just about being outdoorsy, it's about taking advantage of every moment you have in nature."

Homing in on life balance and priorities

Friluftsliv is not a concept the French-born Desjardins has spent her life living. She moved from France to Norway in 2010. However, she said she's much less stressed ever since making the move. She even did a TED Talk on the topic just over three years ago.

"When I moved to Norway, I was kind of a workaholic. And so, coming here and having my boss tap my shoulder at 5 or 6 p.m. and tell me, 'What are you still doing at work? Go outside, it is nice weather," she said. "It's kind of this spirit of 'OK, work is great, but we have a life out there, that life involves being outside.'"

Contrary to American "hustle culture," Desjardins said overworking and sacrificing your personal life isn't considered a good thing in Norway. It's considered an inability to prioritize in one's work to Norwegians.

While Americans may not be able to ask their employer for a paid walk in the forest, Desjardins said there is much to be gained from adopting these practices — and people can do it in any natural area near where they live and work.

People in Norway don't have some magical ability not to become cold, she said, noting that they feel the cold just like anyone else. But the chance to spend time outdoors and face a challenge isn't something that holds them back. In Norway, she said, there is a saying: "There's no bad weather, only bad clothing."

With the pandemic still in full swing in the United States and the coldest months upon us, Dr. Paul Desan, director of the Winter Depression Research Clinic at the Yale School of Medicine, said many may be facing a "very tough, dark winter." And it's possible adopting some form of friluftsliv could help.

For some, this tough winter can be attributed to seasonal affective disorder, a variant of clinical depression that is characterized by depressive symptoms in the fall and winter.

"We used to think human beings were not seasonal animals," Desan said.

Sheep, which are seasonal animals, he said, behave differently in different parts of the year, and their reproductive cycle and how their fur grows both depend on the light and dark cycle.

"But it turns out human beings really are seasonal — and we (also) respond to the light-dark cycle," he said.

Many people feel worse in winter in at least one way, whether it be sleep quality, appetite, energy or a desire to be social, according to Desan.

"But the important public health observation here is that you have a relatively common condition that affects a lot of people ... (and) we actually have a very powerful, cheap, effective therapy," he said. "And that's bright light."

Desan said that bright light can come from an electric light treatment device or simply natural illumination from the sun.

"For some of those people, it's enough to just get them to go out and work in the garden when the sun comes up, and to use all of the natural light that's out there," he said.

Nordic nations consistently top the annual UN World Happiness Reports, despite their cold, harsh winters, although these happiness rankings are based on six factors — income, freedom, trust, healthy life expectancy, social support and generosity — spending time outdoors is not on the list.

Both in Norway and other countries, the friluftsliv lifestyle can be a potential way to combat wintertime sadness, Desan said.

"When those Norwegians are telling you that you should be outside as much as you can, part of what they're saying is you should be exposed to bright light, (which) probably is good for your mood or energy any time of the day," Desan said.

Because about a third of the country in Norway is north of the Arctic Circle, there are vast extremes in the amount of light in their days, making the winters very dark and cold.

"Because there's so little daylight here, every ray of sunshine needs to be taken advantage of," Desjardins said. "I (like to) just stand still and look at the sun — just to pump in vitamin D."

Desjardins explained this act of standing still and facing toward the sun is so common in Norway it even has a name: solveggen, which equates to "wall of sun" in English.

Winter in a pandemic

With the pandemic stretching into the winter months, Desan warned that those affected by the seasons could possibly be affected even worse this winter in particular.

This is because several traditional doses of light people might receive day to day are now altered. For example, as people are no longer commuting to work as much, they miss out on that light in the morning — the time at which Desan said the effects are the most potent. Additionally, he said office space tends to be about twice as bright as homes.

"Now add to that the fact that we're all, of course, anxious about Covid. And many people's lives have been disrupted," he said. "So, you know that on every level: This is going to be a tough winter."

This topic also lends itself to the discussion on increased levels of anxiety and depression overall in mental health clinics, Desan said. "On the one hand, they're exposed to a devastating, scary situation. And on the other hand, they're indoors in dark spaces," he said. "They don't have their usual sources of support."

As a relative newcomer to the friluftsliv tradition, Desjardins said it has made her a happier person. Bracing the cold gives her a sense of fulfillment and accomplishment and taking time in nature for a walk isn't something she needs to do well or do better than anyone else.

"In the US, if I could give some advice, as a colleague or as a boss, try to say, 'OK, this is a pandemic, this is a rough time. Should we have a meeting while walking outside?' " she said.

Ask your team, "'Is this going to make us feel better? And are we as productive while doing that?'" she said. "And I actually believe we are."

Photos: Wintry scenes from across the US

Which subscription boxes are worth your time and money

Which subscription boxes are worth your time and money

What to do when caught in an avalanche

What to do when caught in an avalanche

Some food can aggravate or help relieve stress. Here are some simple food swaps you can make that may help you feel a little bit calmer.

While consumer choice can be a good thing, not all insurance is as essential as the ads make it seem.

People can say all sorts of strange things in their sleep, but a new study suggests that someone in the middle of a vivid dream can understand questions — and even answer them.

Fauci: 'Possible' Americans will be wearing masks in 2022 to protect against Covid-19

Dr. Anthony Fauci said Sunday that it's "possible" Americans will still need to wear masks in 2022 to protect against the coronavirus, even as the US may reach "a significant degree of normality" by the end of this year.

5 products to help make you a real morning person

Here are some great ways to start your day, and they just might get you one step closer to becoming a morning person.

Here's why that second coronavirus shot can be such a doozy

So you finally got your coronavirus vaccine. It took weeks of waiting, maybe a few calls before hitting the jackpot with a drive-through vaccination clinic. Or maybe you're a health care worker who got the shot at work.

What exactly are Tiger Woods' injuries? And what might they mean for his future?

The US is about to top 500,000 Covid-19 deaths. That's why it's critical to keep up safety measures, Fauci says

Just over a year since the first known US Covid-19 death, more than 500,000 people will have died from the disease by the end of this week.

Just about everyone has muscle cramps at one time or another. Learning some stretches can help you prepare when the next muscle cramp strikes.

Health experts have said that data so far has shown that Covid-19 vaccines prevent symptoms of the virus -- but a new study suggests that the Moderna and Pfizer vaccines may also prevent infections.

Covid-19 pushed this nurse to quit her job. See where she lives now

Covid-19 pushed this nurse to quit her job. See where she lives now

Covid-19 patients on dealing with Texas storm while in hospital

Covid-19 patients on dealing with Texas storm while in hospital 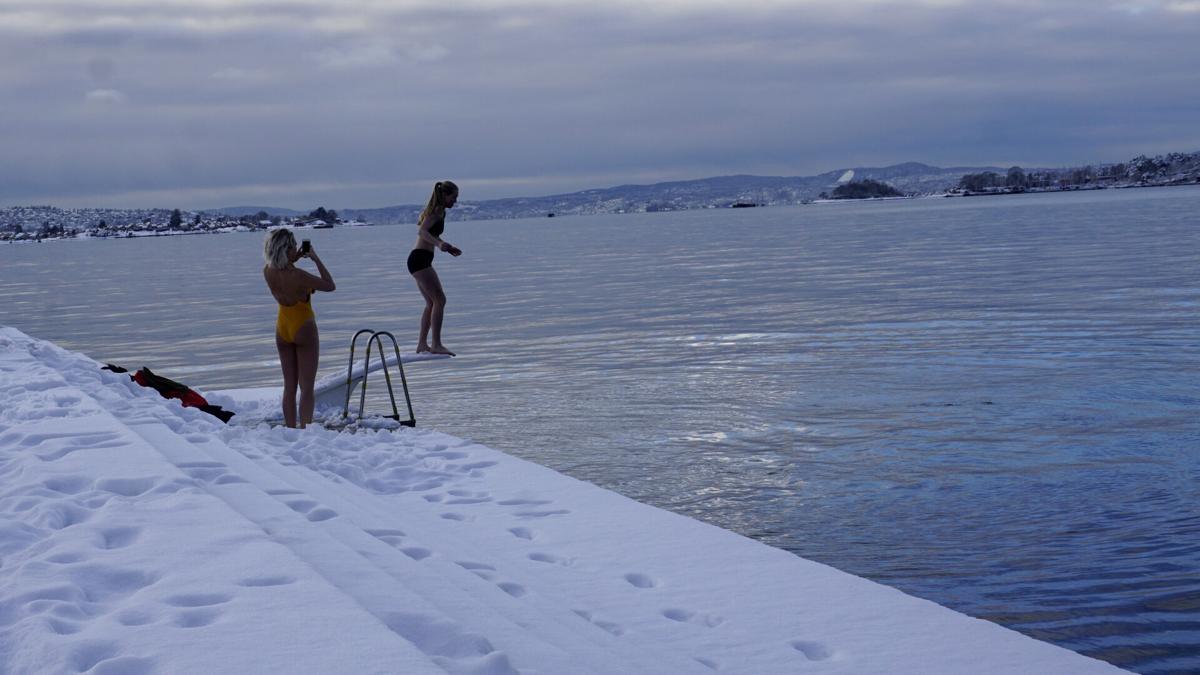 A youth prepares to jump into cold water at the Oslo harbor. 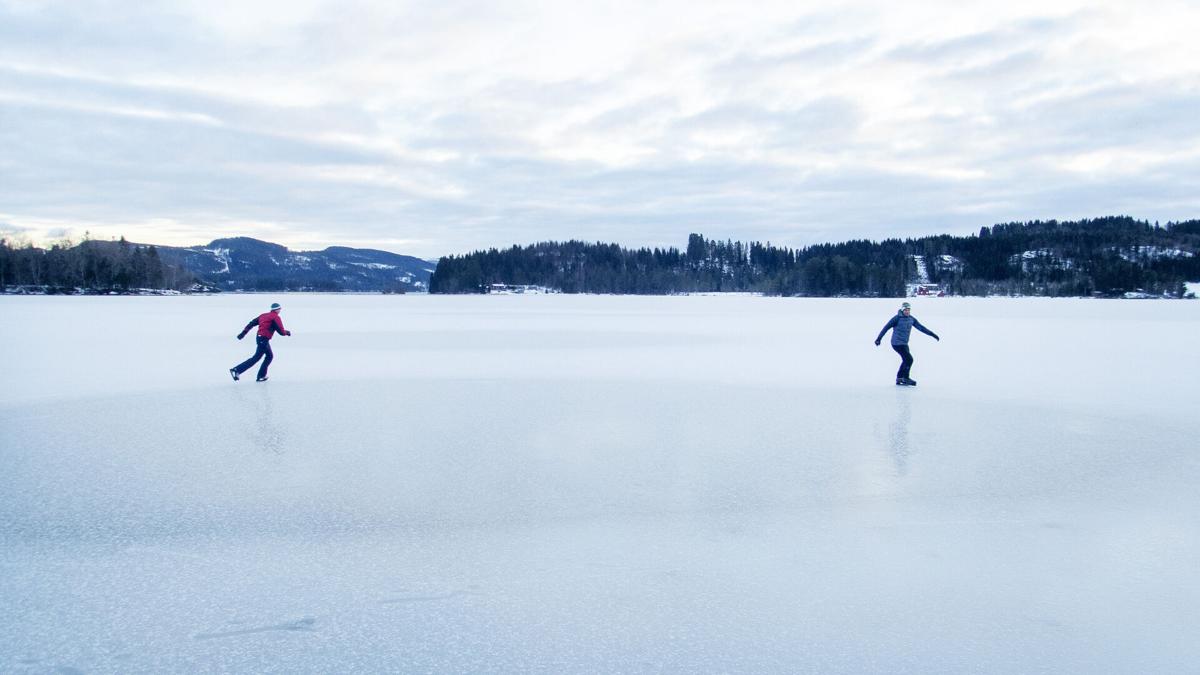 Two men skate on an icy lake in Trondheim, Norway.