Become a Member
Read Today's E-edition
Share This
How do you spot a witch? This notorious 15th-century book gave instructions – and helped execute thousands of women
Share this 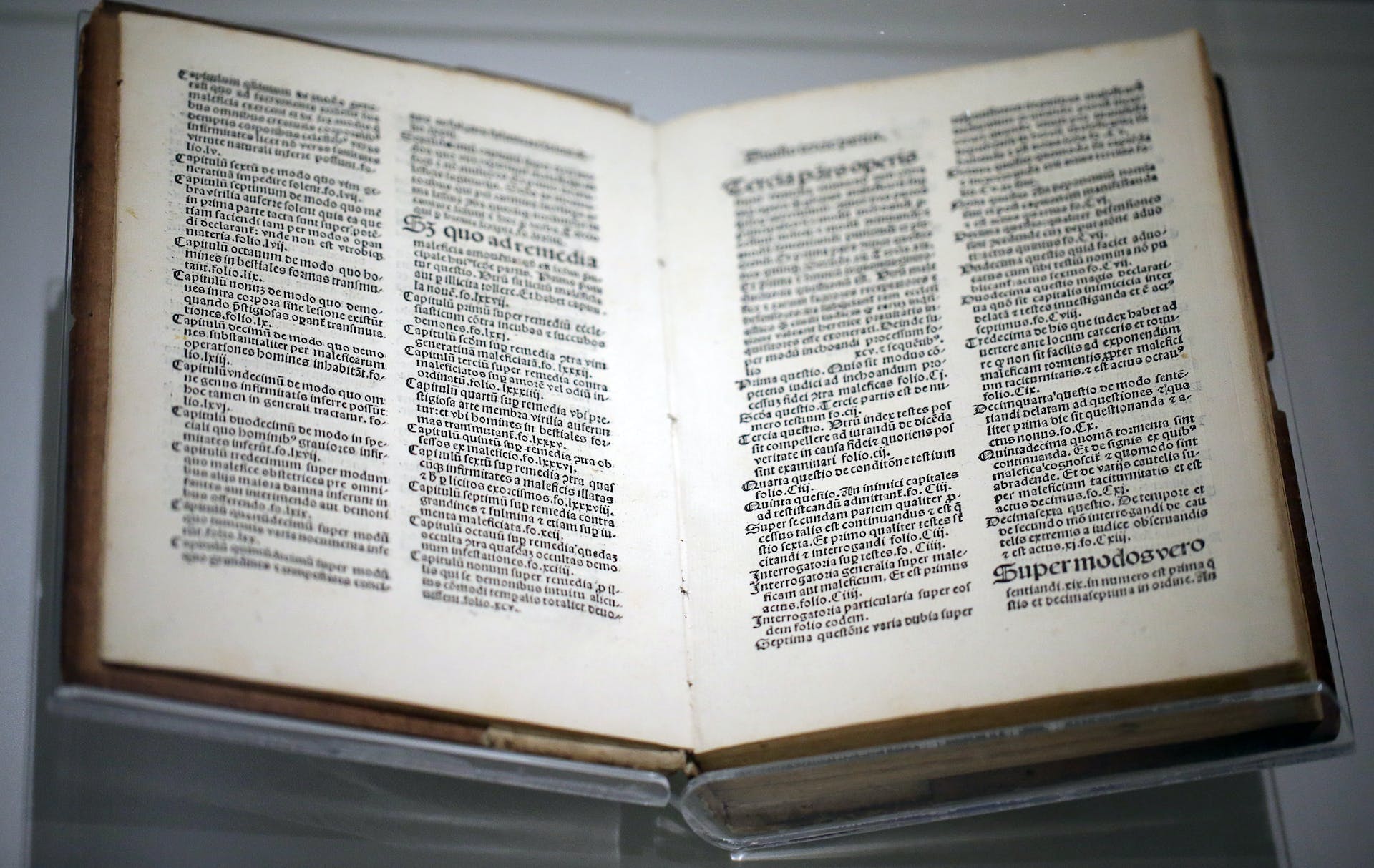 The 'Malleus Maleficarum,' a medieval handbook, was used to try and execute supposed witches. Its influence lasted for centuries – including at the Salem Witch Trials. Jonathan Wiggs/The Boston Globe via Getty Images

Books have always had the power to cast a spell over their readers – figuratively.

But one book that was quite popular from the 15th to 17th centuries, and infamously so, is literally about spells: what witches do, how do identify them, how to get them to confess, and how to bring them to swift punishment.

As fear of witches reached a fever pitch in Europe, witch hunters turned to the “Malleus Maleficarum,” or “Hammer of Witches,” for guidance. The book’s instructions helped convict some of the tens of thousands of people – almost all women – who were executed during the period. Its bloody legacy stretched to North America, with 25 supposed “witches” killed in Salem, Massachusetts, in the late 1600s.

As a reference librarian and adjunct professor at the General Theological Seminary in New York, I have the rare opportunity to hold an original copy of the “Malleus” in my hands and share this piece of history with my students and researchers. Much has been written about the contents, but the physical book itself is a fascinating testament to history.

The “Malleus” was written circa 1486 by two Dominican friars, Johann Sprenger and Heinrich Kraemer, who present their guide in three parts.

The first argues that witches do in fact exist, sorcery is heresy, and not fearing witches’ power is itself an act of heresy. Part Two goes into graphic detail about witches’ sexual deviancy, with one chapter devoted to “the Way whereby Witches copulate with those Devils known as Incubi.” An incubus was a male demon believed to have sex with sleeping women.

It also describes witches’ ability to turn their victims into animals, and their violence against children. The third and final part gives guidelines on how to interrogate a witch, including through torture; get her to confess; and ultimately sentence her.

Twenty-eight editions of the “Malleus” were published between 1486 and 1600, making it the definitive guide on witchcraft and demonology for many years – and helping the prosecution of witches take off.

The authors of the text reluctantly admit that men can be agents of the devil, but argue that women are weak and inherently more sinful, making them his perfect targets.

Accusations were often rooted in the belief that women, especially those who did not submit to ideals about obedient Christian wives and mothers, were prone to be in league with the devil.

The authors detail “four horrible crimes which devils commit against infants, both in the mother’s womb and afterwards.” They even accuse witches of eating newborns and are especially suspicious of midwives.

Women on the fringes of society, such as healers in Europe or the slave Tituba in Salem, were convenient scapegoats for society’s ills.

At the General Theological Seminary, anyone interested in examining our copy of the “Malleus” needs to make an appointment to visit the special collections reading room. Due to the book’s fragility, visitors are asked to wash their hands before touching it.

One striking aspect is its size. The “Malleus” is just under 8 inches long, with 190 pages – this book was meant to travel with its reader and be stored in a coat or bag.

Our copy is from 1492, and it was published by the famous bookbinder Peter Drach from Speyer, Germany. This makes it a rare example of “incunabula,” as scholars call European books published before about 1501 – the earliest period of printing.

After much wear and tear, this copy was rebound in leather in the 19th century. Small handwritten notes cover most of the pages. On page 48, for example, a reader numbered three points and wrote the words “delightful religious journey” on the opposite page. Numerous pages feature hand-drawn arrows pointing to paragraphs.

Another point to consider when looking at this edition is its provenance, meaning who has owned it over the years. This copy is originally from the collection of the Rev. Edwin A. Dalrymple, who was the rector of a school and Episcopal church in Virginia in the mid-19th century. The book moved from his shelves to the Maryland Diocesan Library until it entered our library system.

Perhaps the most interesting aspect of this “Malleus,” in addition to the text itself, is a bookplate pasted on its back cover. This bookplate states: “It was the handbook of the Witchcraft Persecution of the 15th and 16th centuries. This copy possesses much the same interest as would a headman’s ax of that date in as much as it has probably been the direct cause of the death of many persons accused of sorcery.”

It’s unclear who attached this statement, but its sentiment rings very true: The “Malleus” represents the power of ideas – for good or ill.

The ATS is a funding partner of The Conversation U.S.

3 media outlets, 1 religion newsletter. Get stories from The Conversation, AP and RNS.

Melissa Chim is affiliated with the Atla Scholarly Communications and Digital Initiatives Committee.

Most contractors take their duty of good work seriously, but not all. Here’s a rundown of some of the most common scams and how to avoid them.

Tiffany is selling its most expensive piece of jewelry ever

"The World's Fair Necklace," unveiled in Dubai on Sunday, features 180 carats of diamonds set in platinum. Its centerpiece is an 80-carat oval, flawless "Empire Diamond."

Do you know the busiest day for plumbers? Or how many millions watch football on TV? How about the most disliked dish? See more tips and trivia for Thanksgiving travel, shopping, food and football.

More U.S. adults who aren't already parents say they likely won't have kids, citing reasons such as apathy, financial instability or lack of a partner.

McDonald's is returning the Egg McMuffin to its original price

McDonald's Egg McMuffin is turning 50 years old, and it's giving the breakfast sandwich a price to match.

When it comes to holiday food, there is a huge generational divide

When it comes to holiday food, there is a huge generational divide