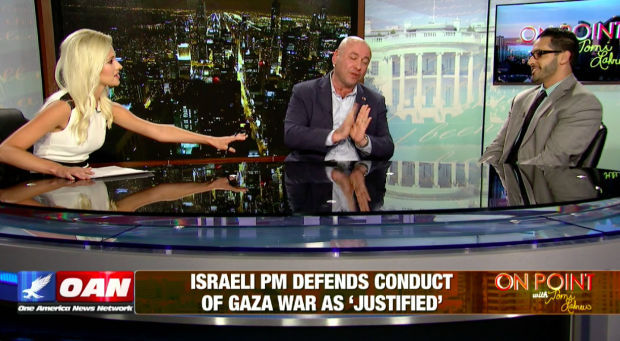 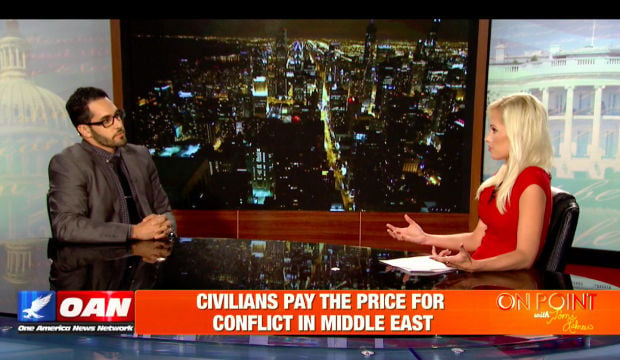 "On Point with Tomi Lahren" can already is being seen in an estimated 15 million homes around the nation. 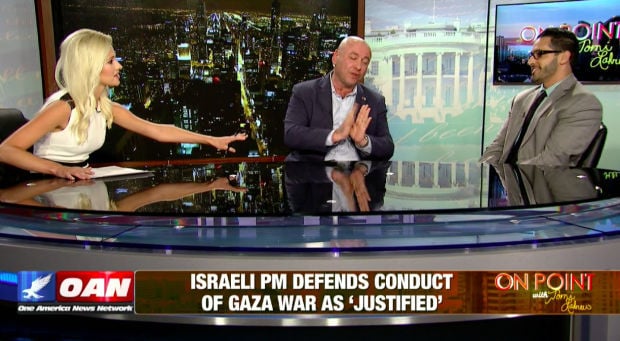 Tomi Lahren loves to shock people about her career. Since she's only 22 years old, they're not expecting to hear she's the host of her own conservative political talk show.

But "On Point with Tomi Lahren" can be heard in 15 million homes around the nation.

Lahren was raised in Rapid City by hard-working parents who taught her strong work ethics and the importance of family and community.

She credits them with the reason she has been able to achieve so much already. “They've believed in me and they've always been supportive.”

Family dinners were the highlight of her childhood evenings. Nightly discussions centered around topics featured on "ABC Nightly News."

“I can not tell you how many times I would pause the show to give my two cents.” said Lahren, recalling those cherished memories. “You name it, we talked about it.”

She has always had a passion for politics and at Central High School was student body president and school board representative.

It was also her start in television. “I cut my “television teeth” doing the announcements with my cousin and vice president, Kenzie Slater. I loved the camera. I loved talking to my peers. Even if it was just reading what was for lunch. It was something.”

Lahren didn't want to leave Rapid City but to go into political commentary she would have to expand her horizons.

She chose University of Nevada, Las Vegas and became a panelist and then host on the UNLV political roundtable show called “The Scramble.” On the show, students discuss the issues of the day.

“The Scramble” cemented my passion for political commentary. I was able to facilitate an honest and open dialogue. It allowed me to gain the experience I would need as host of my own show.” Lahren explained.

Another experience that would shape the direction of Lahren's career was when she became the first intern for Congresswoman's Kristi Noem’s Rapid City office.

The internship showed her the ins and outs of how the government operates and that's when Lahren realized that she didn't want to be in politics.

“I wanted to talk about it. I wanted to give voice to what our representatives do on a daily basis,” she said.

Before she graduated from UNLV, Lahren wanted to find an internship in political commentary. Her Google search for "conservative news outlets" found One America News Network.

“It was a new network, just on the verge of something big. The Herring family described it as an alternative to Fox News. The values of conservative news balanced with the no-fluff news headlines. It sounded like a perfect fit,” she said.

Lahren submitted her information, hoping to be an intern.

The network was interested and they set up an interview, which went well.

“After our tour we went back to Robert Herring's office. He asked me what I wanted to do. I told him I would literally 'do whatever.' I just wanted the opportunity. He looked at me and said, “how about your own show.” My jaw dropped. I was stunned. I just wanted an internship. He gave me a show.”

Lahren immediately called her parents. “I think the presidents on top of Mount Rushmore could hear her scream of excitement. They were so proud.”

Her vision for her show is simple.

And she knows being young won't hinder her, in fact she's sure it's a positive thing.

“Young people don’t feel they can relate to the conservatives they see on Fox News. They need a new face, that can speak to them, not at them,” Lahren said.

Just three months on the job and prior to her eighth show, her thoughts are consumed by the tough subject matters she is tackling.

“I have mediated two debates between a Palestinian and Israeli advocate. The debate was so intense my producers actually had to come out to help mediate the argument during the commercial break. Those are the kind of segments that propel my show. I want all sides to be represented on an even playing field. The viewers can then decide where they align.”

She also likes the fact that she can give a national voice to the middle of America.

“Last week I was honored to discuss energy independence and domestic oil production on the show. One of my guests was the president of the North Dakota Petroleum Council, Ron Ness," she said. "We talked about the oil boom in North Dakota and how our region is working to make America more energy independent. I am privileged to have this national platform to showcase the great things about the Dakota region. It is about time the rest of the country recognized our potential.”

Where to watch Tomi Lahren

One America News Network is currently available on Century Link Prism, Verizon Fios and AT&T Uverse. AT&T recently acquired DirectTV. Soon, OAN will be on satellite and available to viewers in South Dakota.

Until then, South Dakota viewers can follow Tomi Lahren on Twitter@tomilahren. She often posts show photos and clips on her social media. You can also visit oann.com/onpoint to learn more about the show.

Clips of Tomi Lahren's show "On Point" can also be found on youtube.com; do a search on Tomi Lahren and "On Point."

NEW YORK | Political commentator Tomi Lahren is getting some backlash for posting a photo of herself wearing a U.S. flag themed Halloween costume.

"On Point with Tomi Lahren" can already is being seen in an estimated 15 million homes around the nation.