Furbo is not the Italian version of the Furby animatronic toy. Nor is it a turbo setting on a pet hair dryer. Furbo is, depending on your experience, a friend for your lonely pet or an ingenious dog-confusing device that makes it think the house has a new ghost.

And a generous ghost, at that.

Furbo Dog Camera is a device ($249) that sits on a table or counter. It is, of course, connected to the internet, because what isn't?

It has a camera for remote observation of your dog. It allows you to talk to your dog. And it has a microphone to pick up noises — such as barking, barking a lot, barking somewhat sporadically, barfing on the good rug and barking.

So far, nothing special, right? Any cheap security camera does that.

Here's what sells Furbo to pet owners like me: It will throw your dog a treat over the internet.

You call up the app on your phone and get a picture of your home. All you do is flick the icon of the treat, and actual kibble flies out of the Furbo, preceded by a chirping sound that lets the dog know something good is en route.

But there's more! If you pop for the Dog Nanny upgrade ($6.99 a month or $69 annual), it will automatically edit all the footage of your dog walking around your house while you were at work, presenting you with a fast-forward movie of your dog's plotless day. You can catch the dog sleeping on the sofa he's not supposed to use.

If the dog looks at the Furbo, it snaps a selfie and sends you an alert. That's right: Your dog can now send you alerts. And if you give the app permission, it will alert you every time the dog barks, which is without question the one thing in the world no one really wants.

You can probably guess by now that I bought a Furbo, although I didn't opt for the upgrade. And it worked, but not exactly as advertised.

It did fulfill its unspoken promise of making me feel better by keeping tabs on the family dog.

But it took awhile for Birch to understand it, and you can see why. To him, it was a strange object that sometimes sounded like me and made bird noises when it spit out treats.

At first, that noise unnerved him, and he wanted nothing to do with it, but then again ... treats. He'd scamper to get them like someone under enemy fire.

Hearing a family member's voice from this strange object did not compute. And I could, quite frankly, live without ever getting another bark notification. But the treats ...

When I was out of town, I'd turn it on to throw him some kibble, just to make his day interesting. When our daughter was home from college, she'd activate the Furbo when she was out with her friends to show them what it did.

I bought the Furbo for our daughter more than the dog. She misses him terribly when she's away. And I thought it was a good way to keep her connected to him, even if Birch regarded the device as some inexplicable Ouija board that said hello in the voices of his owners and threw food.

Toward the end of January, Daughter went back to college, and the dog was bereft, because suitcases. He relaxed when I came home and was happy when my wife returned from the day's labors. Two out of three of his people were home. That's a quorum.

Around 10 p.m. that night, the Furbo whistled. Birch perked up.

We heard our daughter's voice on the speaker calling the dog and then the mechanical sound of the treat being tossed from 1,400 miles away.

Our daughter was throwing her dog a treat — all the way from Boston.

That alone made the treat-throwing dog camera worth every penny. 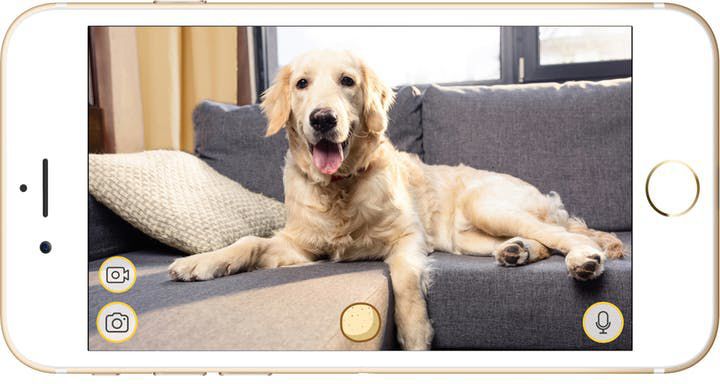 The Furbo dog camera allows you to see, talk to and even reward your dog from an app on your phone. 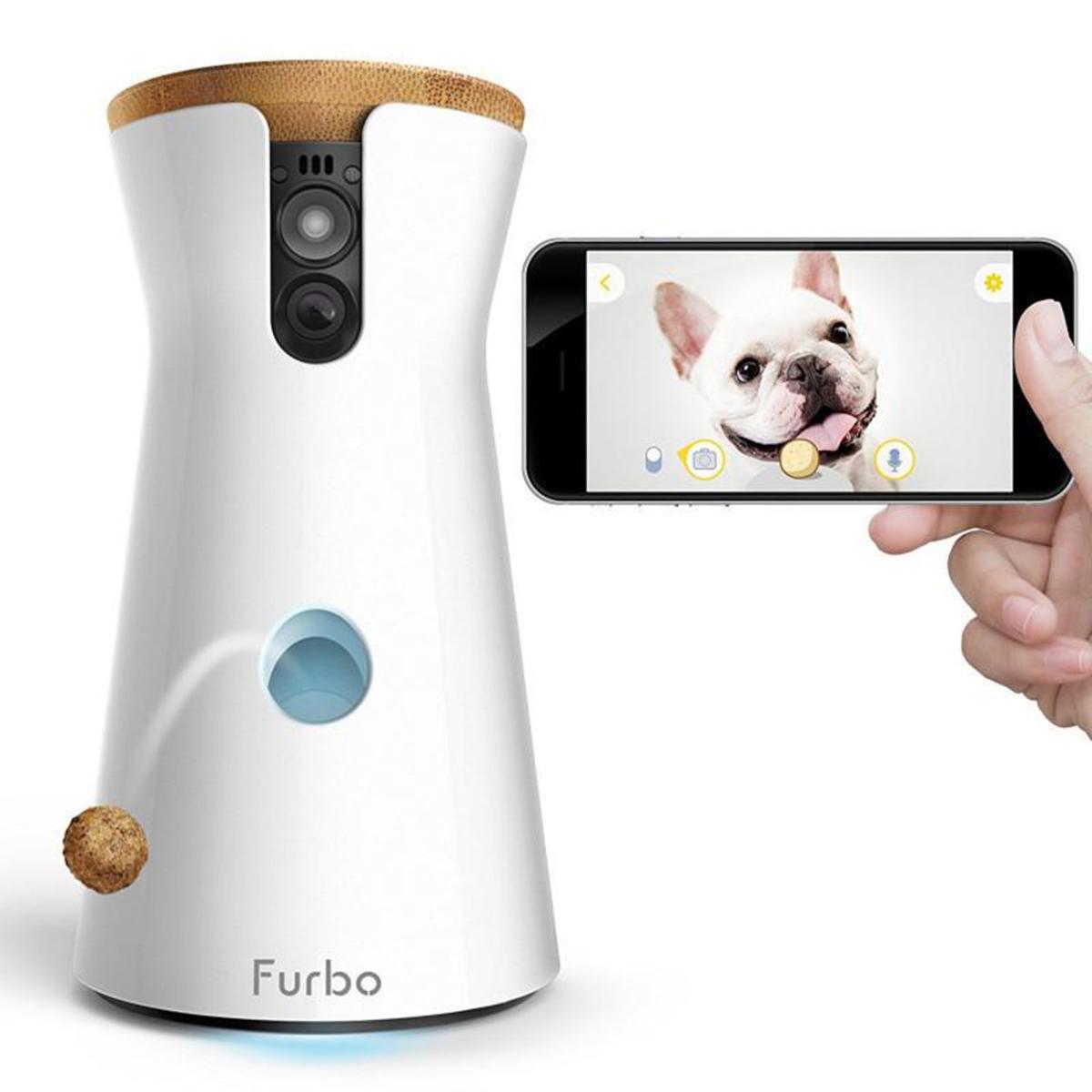 The Furbo Dog Camera will throw your dog a treat over the internet. Call up the app on your phone, flick the icon of the treat, and kibble flies out of the Furbo, preceded by a chirping sound that lets your dog know something good is en route.