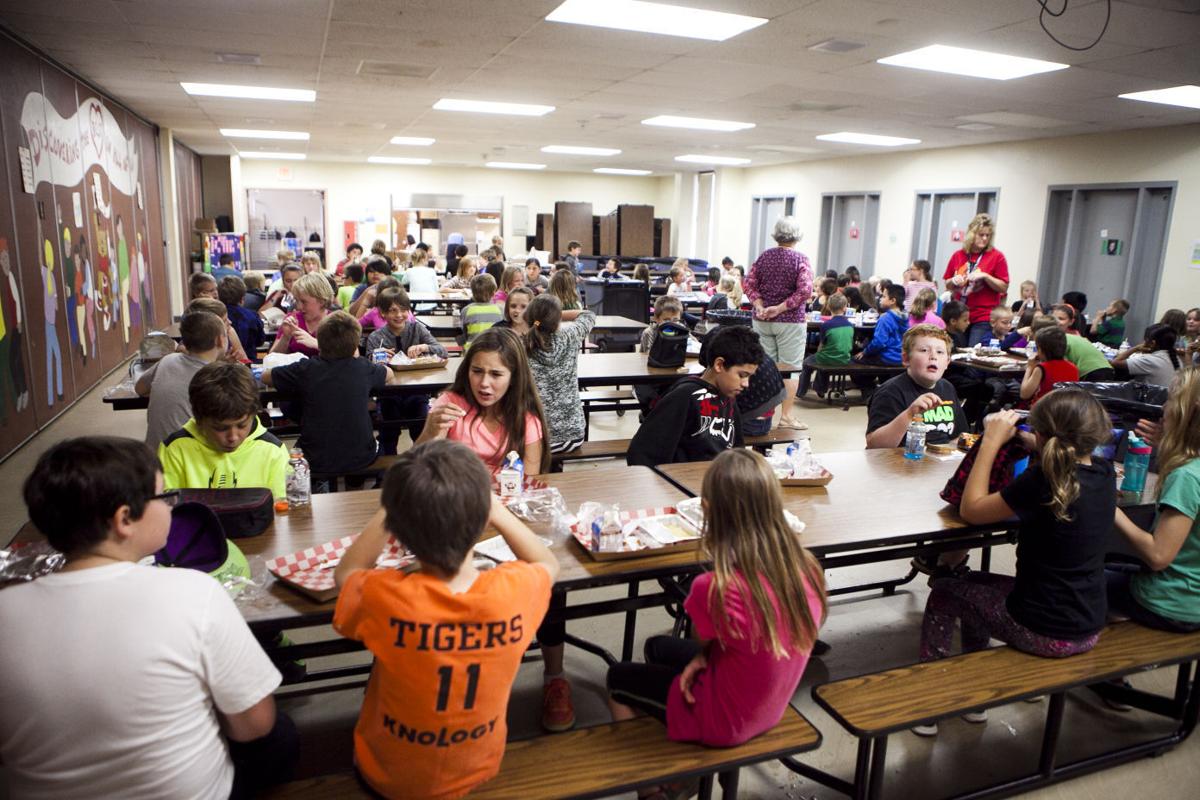 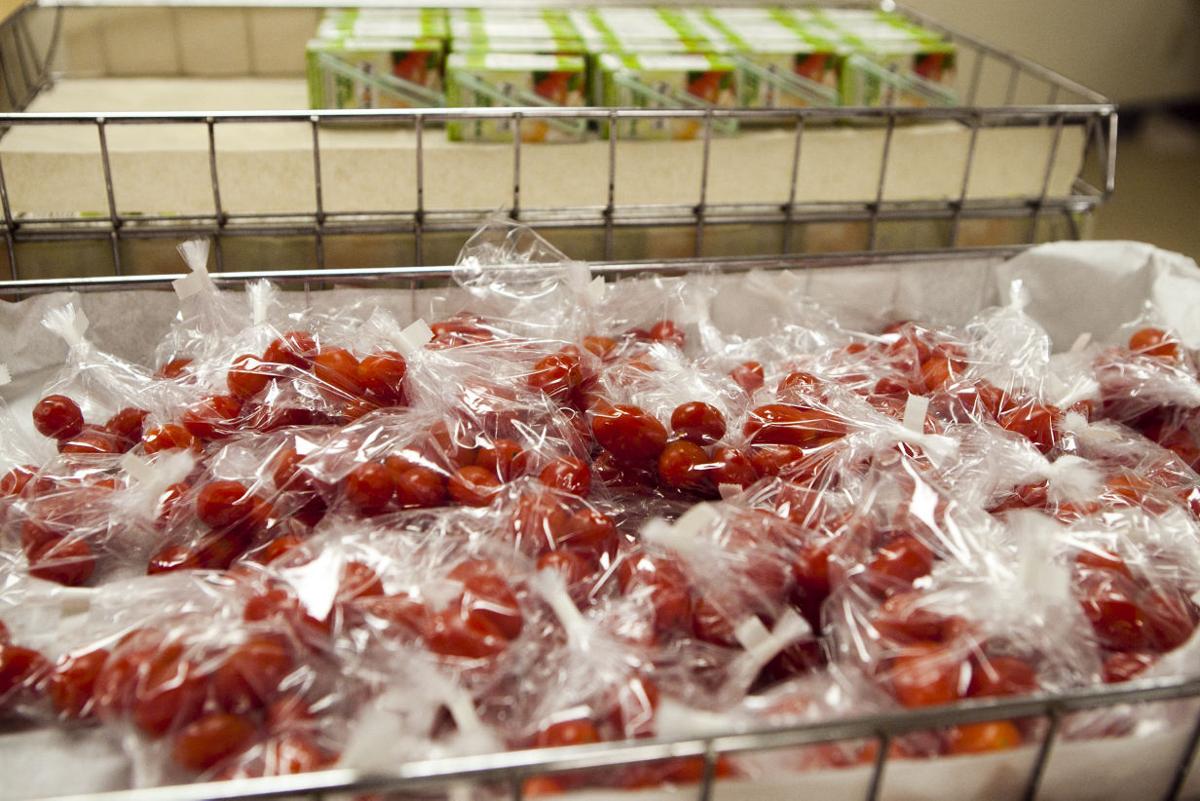 Bags of tomatoes and apple juice sit in bins for children to grab for lunch at Rapid Valley Elementary School. Rapid City Area Schools are offering new, healthier options this year for breakfast and lunch.

A new menu is popping up in Rapid City and some of the featured items include Creole spiced beans, Hawaiian chicken wraps, Cuban sandwiches and spiced pears. But these offerings aren't from a new restaurant. Rather, the dishes are all items on the Rapid City Area Schools’ new breakfast and lunch menu.

The changes are part of an effort to offer healthy food that students will actually eat, while also meeting federal regulations for the school breakfast and lunch programs as stated in the 2010 Healthy, Hunger-Free Kids Act, said Janelle Peterson, student nutrition manager for RCAS.

“They taught knife skills to use with fruit and vegetables, to cut them in a way that kids might enjoy them better,” Peterson said. “We eat with our eyes first, so it should be appealing.”

Amber Foster, food service manager at Stevens High School, and Susan Jubie, a cook at the high school, said the new knife techniques have helped the kitchen staff cut down on the time needed for prepping vegetables.

The chefs also focused on teaching new recipes to the staff by having them practice cooking and trying them during the training.

One of the new menu items is Fiesta Mac and Cheese, an updated version of mac and cheese, prepared with black beans and fresh veggies. It might be a bit different than what kids are used to, Peterson said, “but we’re trying to help kids realize they need to eat lots of veggies. And this dish — holy Toledo, it has a little spicy kick to it. The kids will like it.”

New flavor stations at Stevens and Central high schools offer items such as salsa and give students more options to go with their meats, grains, and vegetables.

“Our students’ tastes are expanding,” Peterson said. “They can pick and choose everything when they eat out. We’re ‘schoolifying’ it: meeting federal requirements like portion sizes, sodium levels, and calorie content, but allowing them to create what they like.”

Another requirement of the school nutrition program is serving a certain amount of fruit and vegetables each day and including weekly offerings of dark green vegetables like spinach and broccoli.

And although it can be a challenge to get the students to eat fruit and vegetables, Peterson hopes to change that by offering fresh fruit, instead of canned syrupy fruit, and introducing the students to bitter vegetables, like broccoli, after it has been blanched and lost its bitterness.

“We’re also fueling lifelong healthy eating habits. And fruits and vegetables keep the students full, they are able to perform better and they have increased concentration,” Peterson said.

Foster and Jubie said they have already received positive feedback from the students on the new menu items, such as the turkey pot roast with mashed potatoes and gravy. But they also added that the sweet potatoes haven’t had the same success.

“They say it takes 12 to 15 exposures to get used to a new food,” said Peterson, adding that exposure to new food has to happen at home too.

To encourage community involvement in healthy eating habits, the school district will be posting recipes and menu ideas on the RCAS website, public.rcas.org/Pages/Default.aspx, and Facebook page.

Tiffany is selling its most expensive piece of jewelry ever

"The World's Fair Necklace," unveiled in Dubai on Sunday, features 180 carats of diamonds set in platinum. Its centerpiece is an 80-carat oval, flawless "Empire Diamond."

Why are barns painted red?

Barns are practical buildings, designed to safeguard farm animals and equipment. Why are so many painted to stand out from the landscape?

Do you know the busiest day for plumbers? Or how many millions watch football on TV? How about the most disliked dish? See more tips and trivia for Thanksgiving travel, shopping, food and football.

A brief history of the presidential turkey pardon

It's customary for the president of the United States to spare the life of a turkey each year for Thanksgiving. But when and how did the strange tradition begin?

Black Friday is the day after Thanksgiving, making this year’s shopping holiday Nov. 26. But you can already find Black Friday deals out in the wild from several retailers where…

Bags of tomatoes and apple juice sit in bins for children to grab for lunch at Rapid Valley Elementary School. Rapid City Area Schools are offering new, healthier options this year for breakfast and lunch.