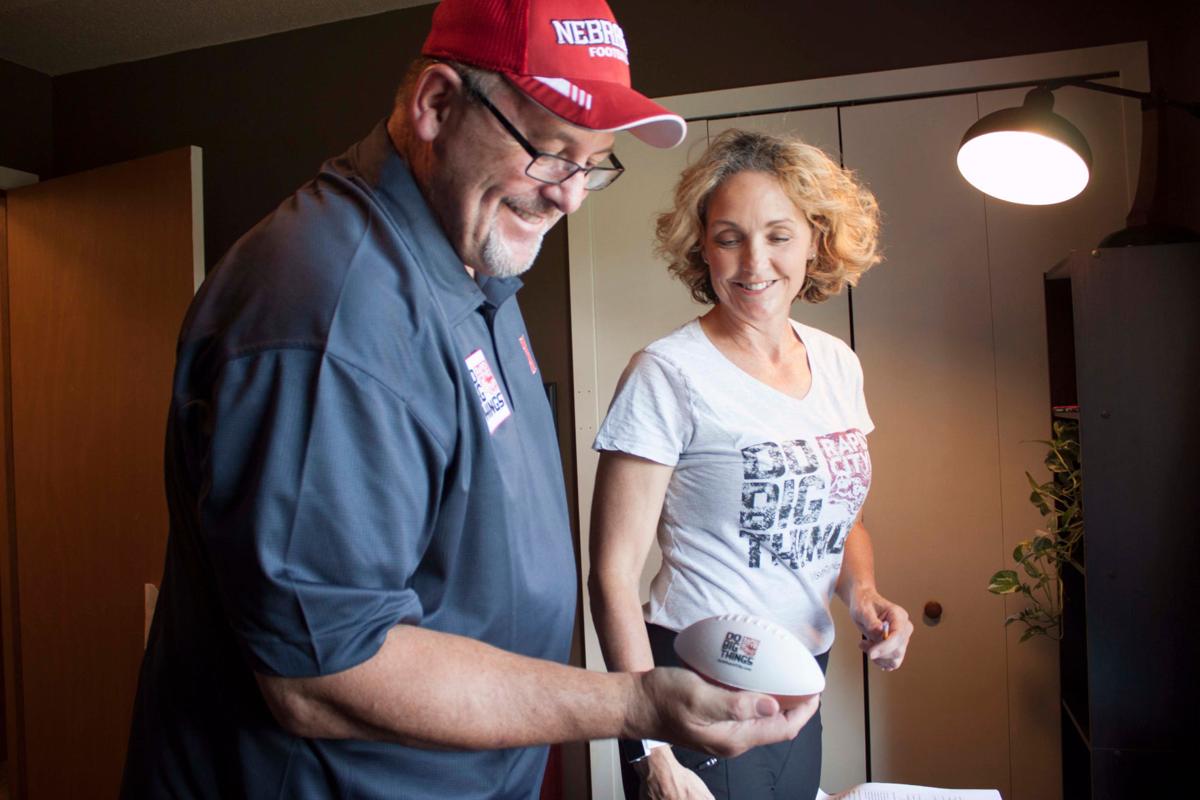 Doug and Marnie Herrmann prepare for the Fireball Run. The run will finish in Rapid City on Sept. 30. 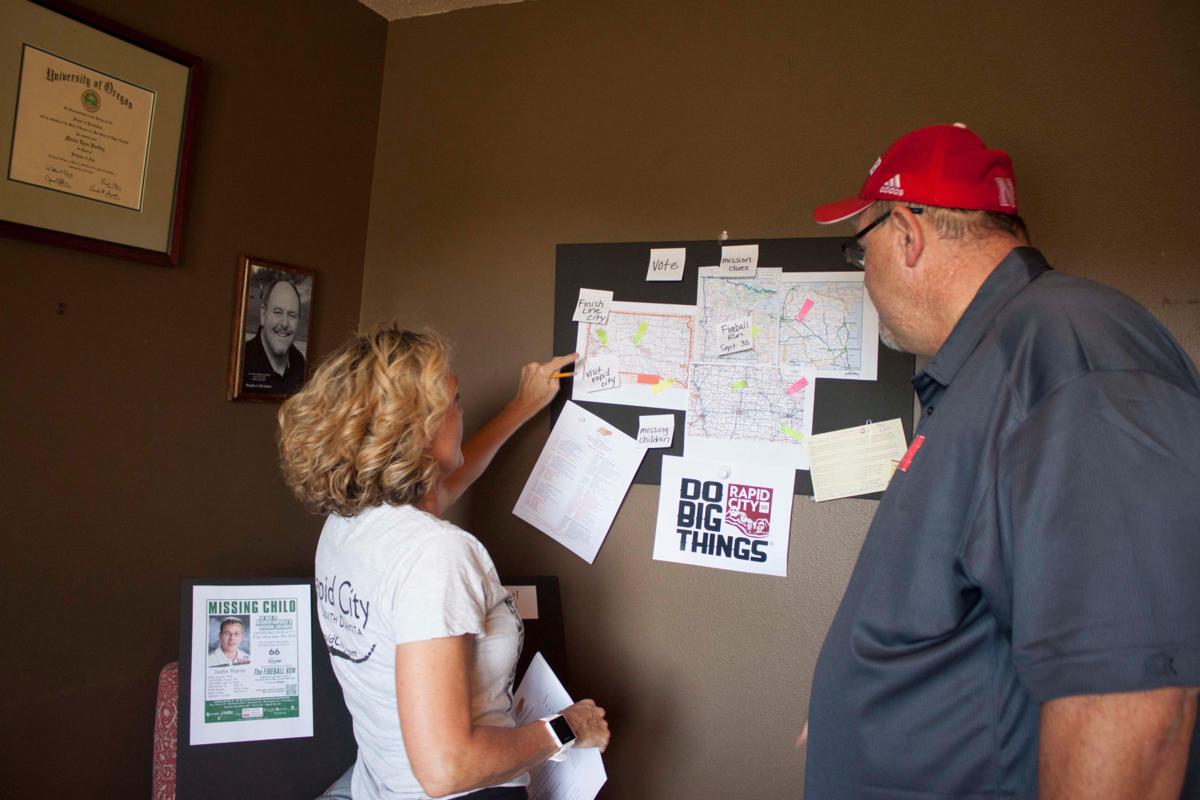 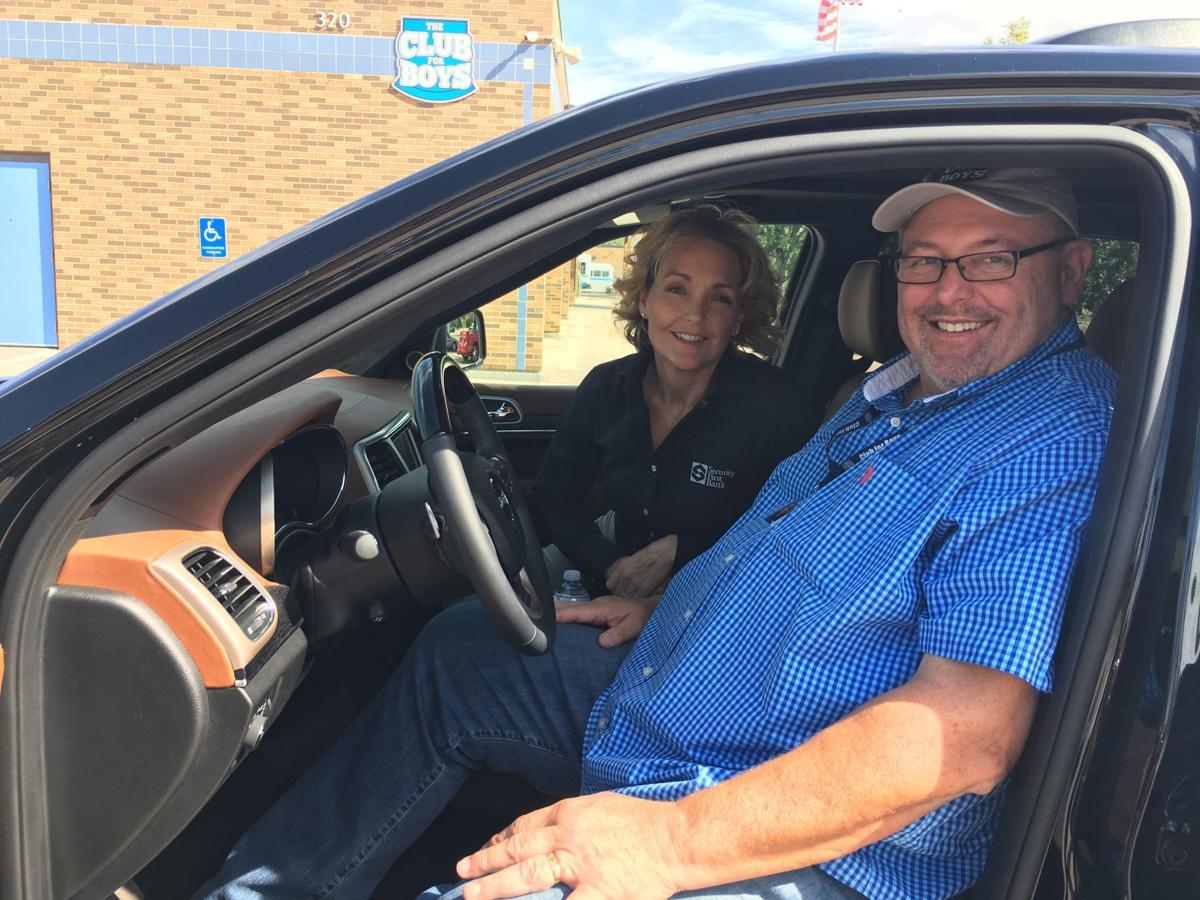 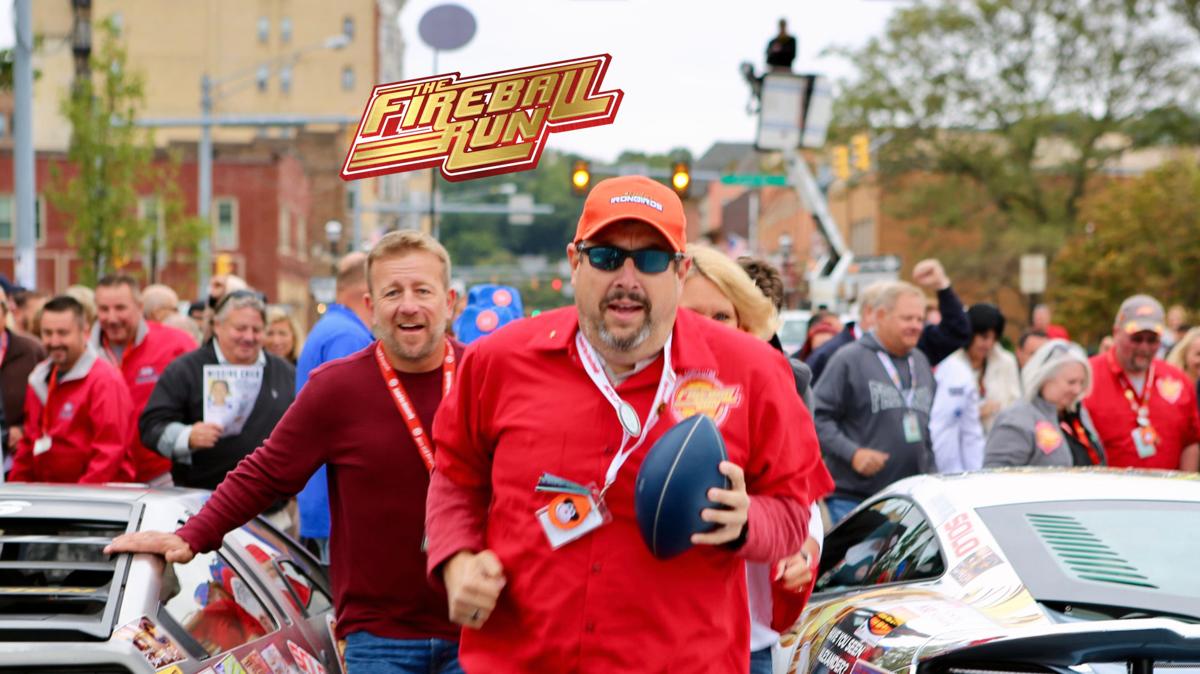 Amazon Prime's series The Fireball Run films its 11th season in Wisconsin, Iowa and South Dakota. Titled Bog country the road rally show will finish in Rapid City on Sept. 30. The show will air in May 2018.

Doug and Marnie Herrmann’s 2017 Jeep Grand Cherokee is stocked and prepped for just about every imaginable scenario.

The Rapid City couple has no idea what the next seven days will bring as they travel 2,000 miles completing quests, missions and adventures for Big Country — the 11th season of Amazon Prime’s television series "Fireball Run."

Forty teams took off from Eau Claire, Wis., on Sunday. Over the next seven days, they will travel to Dubuque, Burlington and Fort Dodge, Iowa, before heading into South Dakota with stops at Vermillion, Yankton and Pierre.

Teams are expected to begin rolling across the finish line in downtown Rapid City on Sept. 30. A Finish Line Festival will be held from 2 p.m. to 6 p.m., with a parade at 4 p.m.

The series, which proudly proclaims it is not reality TV but factual TV, is sort of a conglomeration of other television series: part “Amazing Race,” “How It’s Made,” “Dirty Jobs,” and your favorite travel and history shows wrapped up into the largest live trivial pursuit ever, said Todd Tucker of Visit Rapid City.

The series follows the story of 40 road warrior teams challenged with locating some of the most interesting, unique, and often under-discovered places in America. “This is the story of towns as revealed through the true experiences of real people,” according to show promoters.

In addition to highlighting historical facts about the rally towns, each Fireball team is assigned a missing child and asked to distribute 1,000 flyers with information about the kid. The Herrmanns are sharing the story of Justin Harris, who disappeared from a Casper, Wyo., group home on Feb. 15, 2004. He was 13 at the time.

Each community stop on the run has a designated charity to which funds and donations are collected during the run. Rapid City’s charity is the Club for Boys, of which Doug Herrmann is executive director.

Fans cast votes for their favorite teams via the fireballrun.com website.

Road warriors come from all over the world and all walks of life. There are celebrities, entrepreneurs, adventure seekers. Some have competed more than once, driving vehicles ranging from SUVs and pickups, to "momified" minivans and DeLoreans, Ferraris, McLarens and Aston Martins.

The Herrmanns, (team number 66) like South Dakota’s other two teams the Pierre Rockers and Yankton Allies, are all first-time competitors.

And none of them really know what they are in for. All Marnie Herrmann really knows is that she was required to get a flame-retardant racing suit.

She assumes she will be driving a race car — but then again, maybe not, said husband and Fireball teammate Doug Herrmann.

The rally is a not a race. Speeds are strictly monitored. Going too fast will cost you points. The trick is strategy, amid on the fly puzzle solving.

Each team is given an envelope with a clue. Using that clue they must solve the puzzle at hand to receive the next clue, and so on.

Clues and the tasks draw upon the history, industry and culture of the area. The Herrmann, like many others, had not heard of "Fireball Run" before getting involved.

But Marnie, senior executive vice president at Security First Bank and a former board member of the Rapid City Chamber of Commerce and Visit Rapid City, has a reputation of being game for adventure — especially if it helps her community.

Initially, she and Visit Rapid City Executive Director Julie Schmitz Jensen were going to be Rapid City’s Fireball Run team. Then something came up and Jensen had to back out. When Jensen’s replacement also had a scheduling conflict, Marnie Herrmann appointed her husband of 29 years to be her rally teammate.

At first, he wasn’t too excited about the idea. But the more he learned about "Fireball Run," and the more they watched episodes from previous seasons, the more excited he became — especially since he could be the driver.

“I like to do trivia,” Marnie said. Physical challenges, don’t worry her either. She's an avid hiker and climber.

“And really most importantly, I love Rapid City, I love to promote our city,” she said.

Ditto for Doug. Both were born and raised in Custer, but have have called Rapid City home for more than two decades.

For the Herrmanns the biggest challenge was getting time off of work. Even when they take vacations, they remain electronically tethered to their offices, they said.

"Fireball Run" forces them to really take time off — 10 days to be exact — which for them is practically forever.

When they think of the uncertainty of the days ahead, they acknowledge tempers could flare when answers to clues become elusive.

Part of the fun of "Fireball Run" is never really knowing what lies ahead and what is the best way to get from Point A to Point B. There is a lot of strategizing and a lot of guesswork. In the end, it is always a bit of a crap shoot, the Herrmanns acknowledge.

Which is why they have been prepping ahead. The car is stocked with gear for nearly every imaginable scenario — water shoes for possible river excursions, plastic bags for wet clothes and ice scrapers.

“We just have to be imaginative about what might we need,” Marnie said.

They have compiled a list of “phone-a-friend” people living in communities along the route, who may or may not be able to help them figure out the clues. Telephone lifelines are perfectly allowable, as long as those calls aren’t to chamber of commerce or convention and visitors bureau folks in those towns.

The Herrmanns also have a pile of paper maps for each of the areas they will travel. Show producers warn teams that GPS, while allowable, is not necessarily reliable. Routes can be remote. Cellphone coverage spotty at best.

And for Doug, this could present the biggest personal challenge. “I get really uncomfortable when I’m driving and I have no idea where I am headed,” he admitted.

That’s where Marnie, the competitive problem solver, will need to take a deep breath and make decisions on the fly.

“People tell us that so many things are coming at you so fast that you lose track of where you have been,” Doug said.

It will be an adventure, Marnie said with a smile.

And for Rapid City, "Fireball Run" is sort of like being handed a golden ticket, said Jensen, noting how it will bring national and international attention to the Black Hills and all it has to offer.

“This is gonna be huge,” she said. “There is no better way to say it.”

Main Street between Third and Fifth streets will be closed for the Finish Line Festival, which will take place 2 p.m. to 6 p.m. Sept. 30.

• 5 p.m.: Meet the contestants, check out their vehicles.

Doug and Marnie Herrmann prepare for the Fireball Run. The run will finish in Rapid City on Sept. 30.

Amazon Prime's series The Fireball Run films its 11th season in Wisconsin, Iowa and South Dakota. Titled Bog country the road rally show will finish in Rapid City on Sept. 30. The show will air in May 2018.