Hold a question in your mind, shuffle, select your cards and see into your future. For centuries, people of all walks of life have turned to tarot to divine what may lay ahead and reach a higher level of self-understanding.

The cards' enigmatic symbols have become culturally ingrained in music, art and film, but the woman who inked and painted the illustrations of the most widely used set of cards today — the Rider-Waite deck from 1909, originally published by Rider & Co. — fell into obscurity, overshadowed by the man who commissioned her, Arthur Edward Waite.

Now, over 70 years after her death, the creator Pamela Colman Smith has been included in a new exhibition at the Whitney Museum of American Art in New York highlighting many underappreciated artists of early 20th-century American modernism in addition to famous names like Georgia O'Keeffe and Louise Nevelson.

Smith, like many other women artists of the era, was the victim of "the marginalization of female accomplishments," according to Barbara Haskell, the show's curator.

An entire vintage set of Smith's tarot cards are featured in the Whitney show, along with one of her dreamy watercolor and ink works from 1903 titled "The Wave," which is now part of the museum's permanent collection.

Smith was a fascinating but mysterious figure — a mystic who was part of the secret occultist society the Hermetic Order of the Golden Dawn, which borrowed ideas from Kabbalah and freemasonry for its own spiritual belief system centered on magic and metaphysics. Born to American parents in London, Smith spent a period of her childhood in Jamaica and styled herself in West Indies fashion, leading to conflicting reports over whether or not she was biracial. She has also been cast as a cult queer icon because she shared a home with a female companion and business partner named Nora Lake for many years — though Haskell says its "unclear" whether their relationship was romantic.

In Smith's work, "she was drawn toward a kind of mystical vision of the world," Haskell said in a phone interview. She listened to music to unlock her subconscious mind, and reportedly had synesthesia — a neurological condition that causes the person to see shapes or colors when they hear sounds. Smith was working in the Symbolist tradition — which prioritized metaphorical and emotional imagery over the everyday — at a time when the US was undergoing massive industrial and societal change just after the turn of the 20th century.

"Her fine art does represent this moment of people finding solace in more spiritual concerns, especially at a time when industry seems to be taking over creating a sense of fragmentation and isolation," Haskell explained.

When Waite approached Smith to illustrate his vision for a reimagined tarot deck, she was 31 years old and had exhibited her paintings in the New York gallery of famed photographer Alfred Stieglitz, who was an important supporter of her work. Waite, like Smith, was a member of the Hermetic Order but had risen to the level of Grand Master. He had extensively studied ancient texts and authored new ones on the subject of mysticism, and had ideas around the concept of the new cards and how they should be ordered.

Tarot has been around since early 15th-century Italy, spun off from traditional playing cards. The 78 cards are split into two groups called the Major and Minor Arcana. The Major Arcana features allegorical characters like the moon, sun, the fool and the lovers, while the Minor Arcana is divided into numbered and face cards in four suits: wands, swords, cups and pentacles. While prior decks were less pictorial in nature, Smith's is filled with lush imagery that makes their interpretation easier for the reader.

"He was the one who instigated the deck, there's no doubt about that," Haskell said. "And he probably had quite a bit of input into the Major Arcana."

Although Waite may have directed the concepts for those 22 cards, the imagery was all Smith's own. And since Waite was less interested in the Minor Arcana, which comprises 56 cards and were often more simplistic graphics like playing cards, those ideas were "totally hers," according to Haskell. Smith completed the 78 images from her Chelsea studio in London, using ink and watercolor.

Smith's influences for the imagery included the indulgent ink illustrations by English artist Aubrey Beardsley, the luminous paintings of the Pre-Raphaelites, the saturated color blocking of traditional Japanese woodblock prints, and the ornamental details of Art Nouveau, according to Haskell.

For her efforts, she received a small fee, but not the copyright. Today, it's been cited that over 100 million copies of the deck have been sold, but Haskell cautions that it is difficult to estimate its reach.

Only three years after the Rider-Waite deck published, Smith stopped making art, which hadn't been a lucrative prospect for her. She mounted her last art show, converted to Catholicism and bought a house in Cornwall after inheriting some money from a family member's death. She and her partner Lake moved into the home and made a living by renting it out to priests. Smith also got involved with the women's suffrage movement as well as the Red Cross, her priorities seemingly changed.

"Because she stopped working...she stopped being a presence in the art world," Haskell said.

When the Great Depression hit in 1929, the devastating economic effects shuttered galleries and shifted American art away from the decadent style of Art Nouveau toward "the resilience of everyday life," Haskell said. Those seismic shifts likely relegated Smith's short career to the footnotes of art history.

"The artists that were working, for the most part, either turned to more realistic styles or fell into obscurity," she explained. Many of them "had no sustained gallery representation."

Despite an uptick in interest in recent years, Smith is not widely collected or exhibited today, but Haskell believes her entire output is worthy of revisiting, and that Smith was emblematic of the period in which she belonged.

"She represented this whole mood at the turn of the century, which was to delve into the unconscious and tap into the intuitive experience," she said. "To not get so involved in concrete, rational facts, but to really explore these more emotional realms."

"At the Dawn of a New Age: Early Twentieth-Century American Modernism" is on view at the Whitney Museum of American Art through January 2023.

Women in public office the year you were born

50 women who broke barriers in the business world

50 women who broke barriers in the business world

Here's a look at the most popular names from the era of Nixon, Fleetwood Mac, and second-wave feminism.

Midlife factors that raise your odds of Alzheimer's, the effects of coffee on cholesterol, and more health news

Researchers found that in just the past decade, there has been a shift in the most important modifiable risk factors for dementia in the United States. Found out what they are — and more health news — here.

Including children as young as 2 or 3 in certain daily chores can help with their development. Here are kid-friendly chores that can be of benefit.

Whether it's a modest cottage or a luxury townhouse, there are specific features homebuyers are always looking for in property, no matter their tax bracket.

Mercedes tells owners of 292,000 vehicles to stop driving them

Mercedes-Benz is telling the owners of more than 292,000 vehicles in the U.S. to stop driving them because the brakes could fail.

Content by Mowi. Mowi’s efforts have ranked them as the world’s most sustainable protein producer for the second year in a row by the FAIRR Initiative.

Up to 20% of U.S. children have an anxiety disorder, and many suffer in silence.

Thinking about getting a pet rabbit? What to know before you hop to it

Rabbits can be high maintenance, and they have specific health issues to keep in mind. Here's what to know if you're considering a rabbit for a pet.

TUESDAY, May 10, 2022 (HealthDay News) -- Genetic predisposition to type 2 diabetes modifies the impact of a lifestyle intervention aimed at preventing gestational diabetes mellitus (GDM) and postpartum diabetes, according to a study published online April 30 in Diabetologia.

Tips for finding healthy plants at the garden center

When you're shopping in the garden center, how do you know you're getting a healthy plant? Here are some tips for choosing good plants.

Watch Now: How much is too much salt

How to stretch your budget with healthy and wholesome foods

How to stretch your budget with healthy and wholesome foods

Study: Cats have the capacity to remember each other's names

Study: Cats have the capacity to remember each other's names 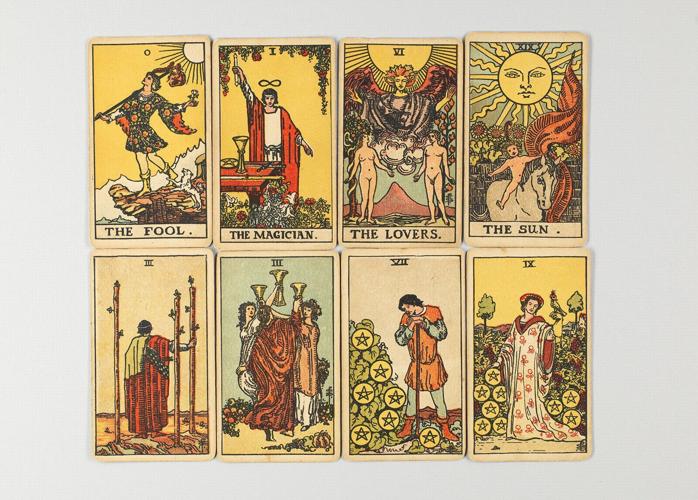 The woman behind the world's most famous tarot deck was nearly lost in history. Eight cards from a vintage set of the Rider-Waite-Smith deck, printed between 1920 and 1930 is pictured here. 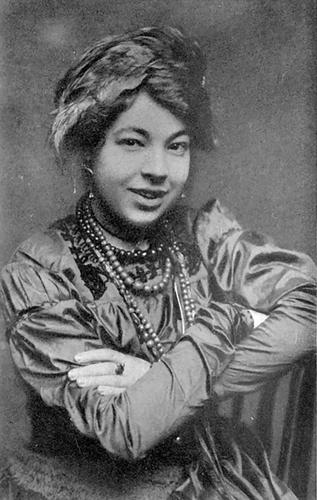 Pamela Colman Smith illustrated the most famous tarot deck, but her contributions were eclipsed by A.E. Waite, who commissioned her. 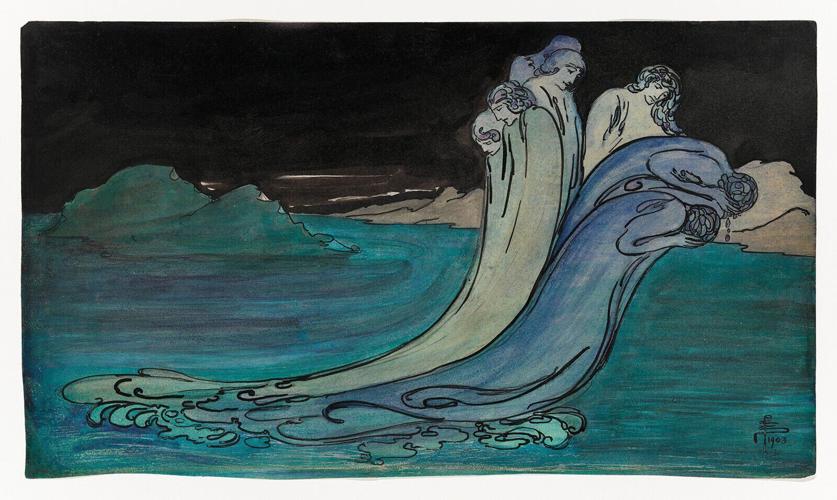