Mohammad Hassan Khalil, associate professor of religious studies and director of the Muslim Studies Program at Michigan State University, answers six questions about the significance of the Muslim month of fasting.

Why is Ramadan called Ramadan?

Ramadan is the ninth month of the Islamic lunar calendar, and lasts either 29 or 30 days, depending on when the new crescent moon is (or should be) visible.

The Arabic term Ramadan connotes intense heat. It seems that in pre-Islamic Arabia, Ramadan was the name of a scorching hot summer month. In the Islamic calendar, however, the timing of Ramadan varies from year to year. This year Ramadan begins in mid-May; next year it will begin in early May. (An Islamic year is roughly 11 days shorter than a Gregorian year.)

What is the significance of Ramadan?

Ramadan is a period of fasting and spiritual growth, and is one of the five “pillars of Islam” (the others being the declaration of faith, daily prayer, alms-giving, and the pilgrimage to Mecca). Able-bodied Muslims are expected to abstain from eating, drinking and sexual relations from dawn to sunset each day of the month. Many practicing Muslims also perform additional prayers, especially at night, and attempt to recite the entire Qur’an (Koran). The prevailing belief among Muslims is that it was in the final 10 nights of Ramadan that the Qur’an was first revealed to the Prophet Muhammad.

What is the connection between soul and body that the observance of Ramadan seeks to explain?

The Qur’an states that fasting was prescribed for believers so that they may be conscious of God. By abstaining from things that people tend to take for granted (such as water), it is believed, one may be moved to reflect on the purpose of life and grow closer to the creator and sustainer of all existence. As such, engaging in wrongdoing effectively undermines the fast. Many Muslims also maintain that fasting allows them to get a feeling of poverty, and this may foster feelings of empathy.

Can Muslims skip fasting under certain conditions? If so, do they make up missed days?

All those who are physically limited (for example, because of an illness or old age) are exempt from the obligation to fast; the same is true for anyone who is traveling. Those who are able to do so are expected to make up the missed days at a later time. (One could potentially make up all of the missed days in the month immediately following Ramadan, the month of Shawwal.) Those unable to fast at all (if they are financially able) are expected to provide meals to the needy as an alternative course of action.

What is the significance of 29 or 30 days of fasting?

By fasting over an extended period of time, practicing Muslims aim to foster certain attitudes and values that they would be able to cultivate over the course of an entire year. Ramadan is often likened to a spiritual training camp.

Besides experiencing feelings of hunger and thirst, believers often have to deal with fatigue because of late-night prayers and predawn meals. This is especially true during the final 10 nights of the month. In addition to being the period in which the Qur’an was believed to have been first revealed, this is a time when divine rewards are believed to be multiplied. Many Muslims will offer additional prayers during this period.

Do Muslims celebrate the completion of Ramadan?

The end of Ramadan marks the beginning of one of two major Islamic holidays Eid al-Fitr, the “festival of the breaking of the fast.” On this day, many Muslims attend a religious service, visit relatives and friends, and exchange gifts.

This is an updated version of an article originally published on May 22, 2017

This article was originally published on The Conversation. Read the original article.

March mortgage rates forecast Mortgage rates leaped higher in the second half of February and probably will continue rising in March. The average rate on the 30-year fixed-rate mortgage went…

When the mayor of an Italian town announced it was selling move-in ready houses for less than the price of a used car, he thought he might get one or two offers. Instead, he got 20,000.

Amazon quietly changed its app icon after some unfavorable comparisons

Only iOS users in the United Kingdom, Spain, Italy and Netherlands saw the Hitler-esque logo over the past few weeks.

Your credit report may be wrong; here’s what to do about it

Consumers filed complaints with the Consumer Financial Protection Bureau in record numbers in 2020, according to a report released Monday by the U.S. Public Interest Research Group, a nonprofit consumer advocacy group. Credit reporting issues were cited in 282,000, or 63%, of the complaints. The majority noted “incorrect information” on credit reports or “information belongs to someone else,” the report said.

While you can always head to your favorite cafe to partake in this particular soup, with this copycat Panera Bread recipe you can have bowls and bowls of broccoli cheddar soup at home in just about one hour.

Yes, you are getting lots of robocalls again

After a year of relief, robocalls are back up to pre-pandemic levels.

8 ways to fall back asleep after waking in the night

Here are eight tips from sleep and anxiety experts on how to shut down that whirling dervish of a brain and coax your body back into much-needed sleep.

5 healthy options for snacking at bedtime

The trick to a healthy late-night snack is to choose one that's filling enough to satisfy, but light enough to prevent a calorie surplus. Here are five good options.

Here's a look at which biblical names have stood the test of time.

The cities with the highest (and lowest) rental vacancy rates

The pandemic has disrupted many aspects of life, and some of the most significant shifts have occurred in housing. A combination of factors could lead to high activity in some parts of the rental market while creating uncertainty or vulnerability in others. 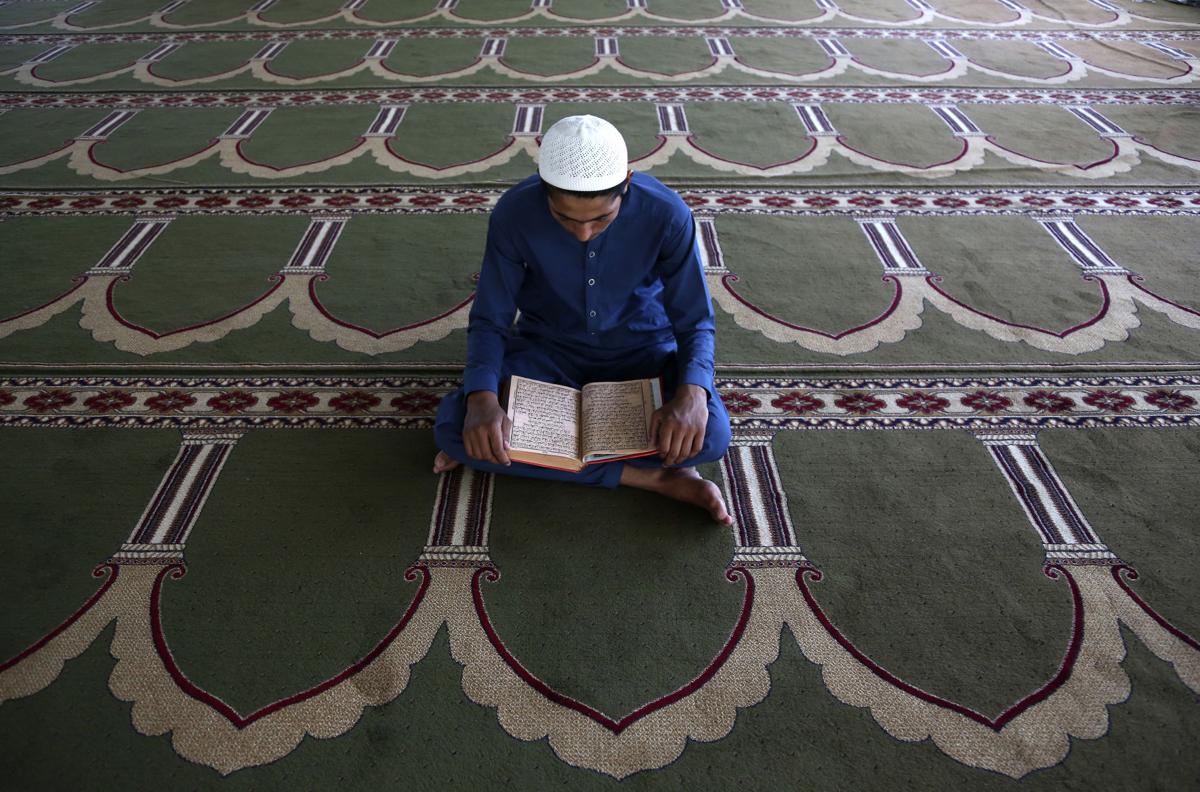 An Afghan Muslim devotee reads verses of the Quran in isolation in a mosque during Itikaf, the last ten days of the Islamic fasting month of Ramadan, in Kabul, Afghanistan, Tuesday, June 20, 2017. The last ten days of Ramadan, known as Itikaf, are very important according to many Muslims due to the belief that Prophet Muhammad used to exert himself even more in worship, hoping to draw himself closer to God. Itikaf involves total dedication to worship, reading Quran, and supplication. (AP Photo/Rahmat Gul) 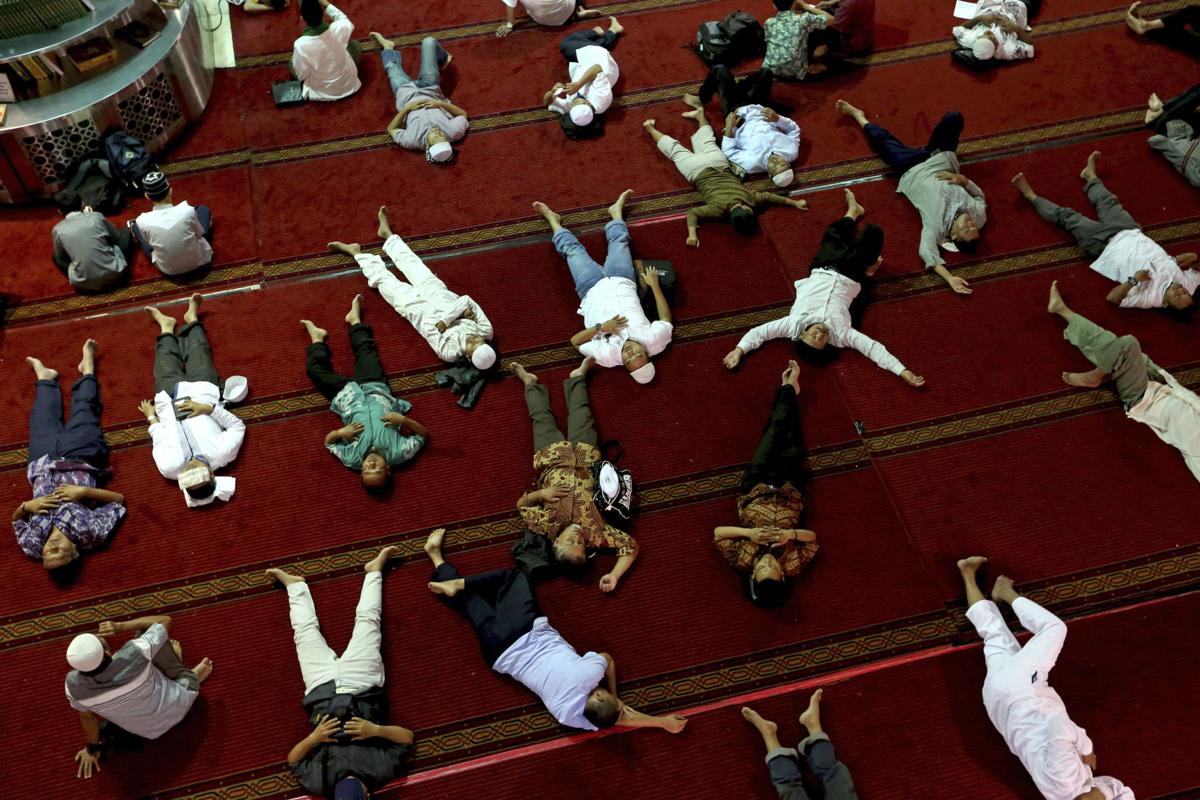 Muslim men nap as they wait for the time to break their fast after Friday prayer at the Istiqlal Mosque in Jakarta, Indonesia, Friday, June 9, 2017. Muslims across the world are observing the holy fasting month of Ramadan, where they refrain from eating, drinking and smoking from dawn to dusk. (AP Photo/Tatan Syuflana) 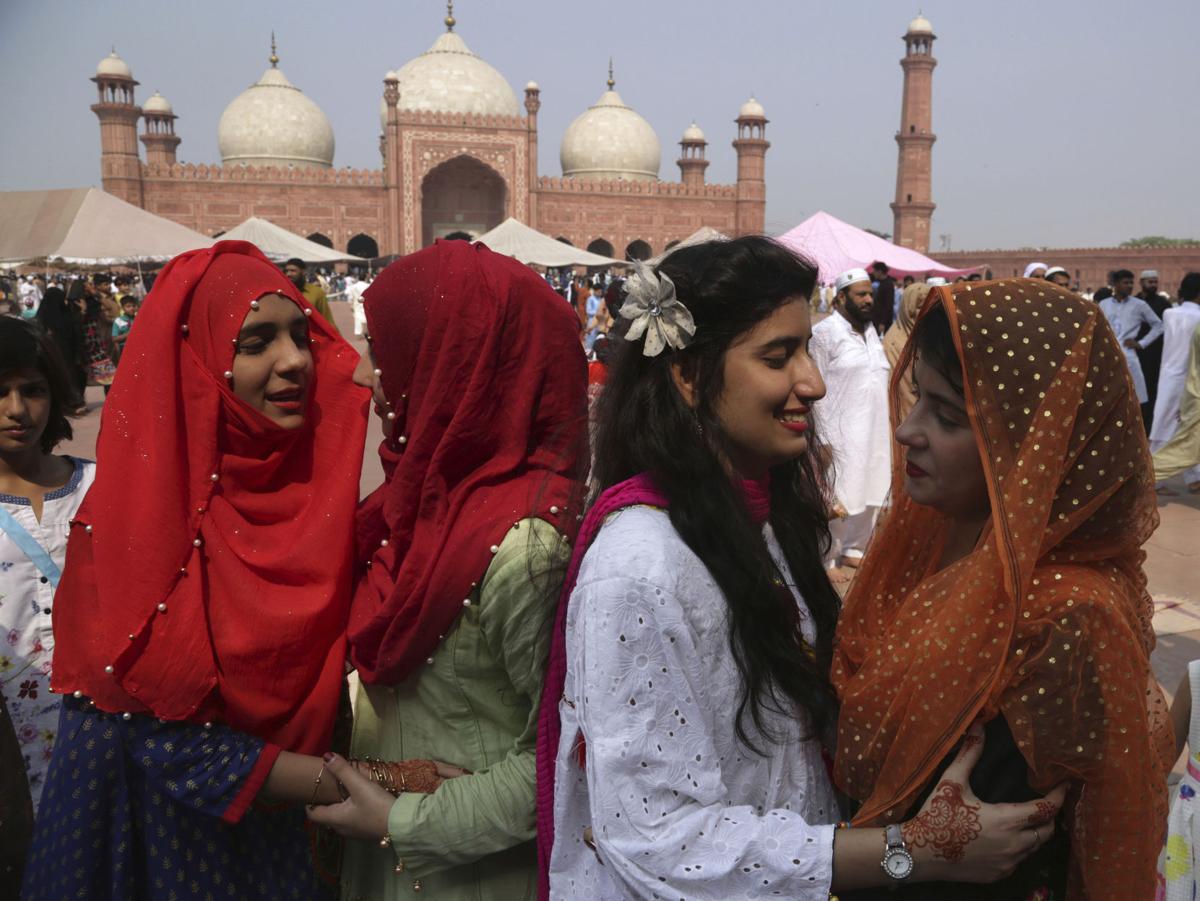 Pakistani women greet each others after the Eid al-Fitr prayers that mark the end of the Muslim holy month of Ramadan, at the historic Badshahi Mosque in Lahore, Pakistan, Monday, June 26, 2017. (AP Photo/K.M. Chaudary) 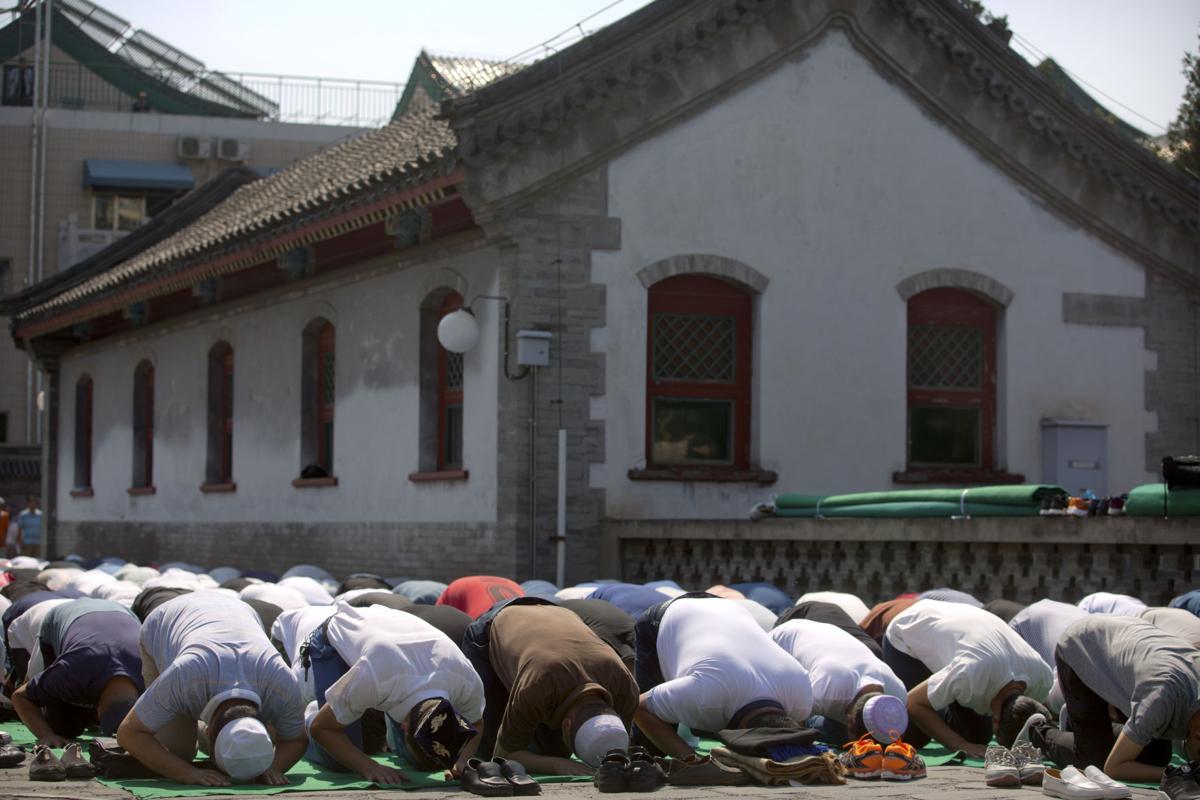 Muslim men pray during Eid al-Fitr services at the historic Niujie Mosque in Beijing, Monday, June 26, 2017. Although much of the Muslim world celebrated Eid al-Fitr, which marks the end of the holy fasting month of Ramadan, on Sunday, Muslims in China observed the holiday on Monday. (AP Photo/Mark Schiefelbein)