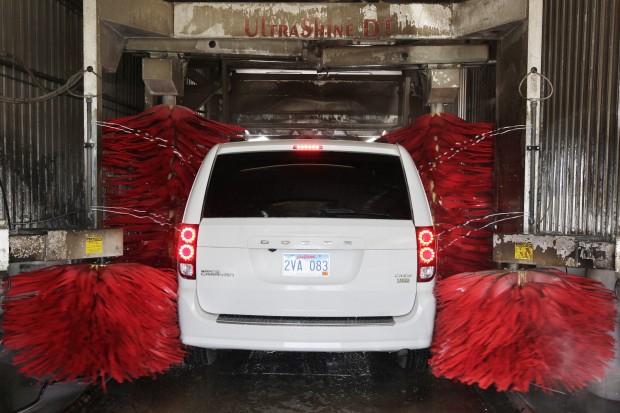 A rental car is washed before returning to the fleet parking lot. Rapid City Regional Airport is financing a $2.9 million car wash and refueling station to replace the current infrastructure. 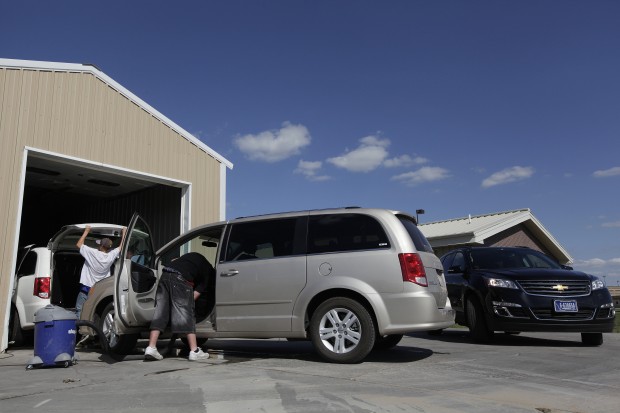 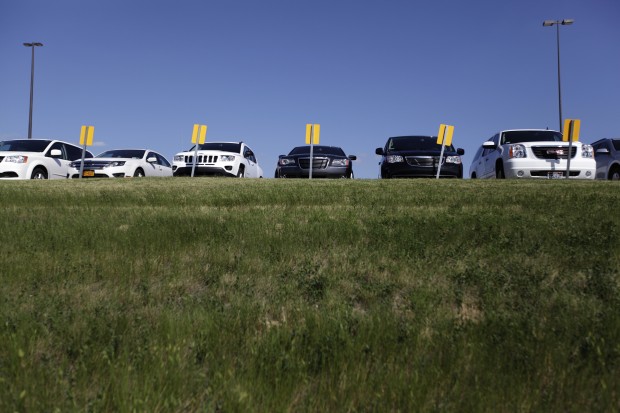 Hertz's rental fleet is about 500 cars, with more than 100 washed each day during the peak season.

Rental cars at Rapid City Regional Airport should be looking especially shiny in the future after they flow through a $2.9 million car wash the city airport has decided to finance.

The airport has sold 20-year bonds to pay for the project upfront. The money will be repaid by the car rental companies under contract with the airport through customer-facility charges collected by those agencies, according to airport officials.

The decision to build the facility was unanimously approved by the airport board in 2010, but the bid for construction was not awarded until May 28 to Dean Kurtz Construction, Airport Director Cameron Humphres said Wednesday.

Humprhes said rental car agencies approached the airport about four years ago to build the facility.

But the project was contested by new Airport Board member Todd Ossenfort, who said building the new facility for car rental agencies runs counter to the airport's mission.

"Sure the rental car agencies will pay it back," he said.

But, he said, any private business in the city would love that kind of financing arrangement.

"Their minds were made up," Ossenfort said. “I wasn't able to convince my fellow board members. The discussion wasn't as lengthy as I would have liked.”

Toni Broom, airport deputy director of finance and administration, said the agencies involved are Hertz, Budget, Enterprise, Avis, Alamo and National. Broom said other agencies that aren't under contract won't be able to use the car wash.

Ossenfort said Hertz, which has about 40 percent of all the rental cars at the airport, was against building the facility, but he wouldn't say why. Hertz representatives couldn't be reached Wednesday for comment.

Humphres said the project will consolidate multiple wash bays that the rental agencies operate near the airport into a single facility to streamline costs and services. The facility would combine those bays into one unit on the airport's rental car ready-return lot.

He said the new car wash includes four large detailing bays, two large wash tunnels and a fueling station. He said the $2.9 million plan is turnkey, including all the design, construction and oversight elements needed to get the facility open — hopefully by the end of the year, weather permitting.

Humphres said the new facility will also save on resources such as water.

One feature of the new facility is a water-recycling system that could save up to 80 percent on water. He said other pluses include the time and energy saved by not having to drive to and from the existing wash bays and rental car lot.

Humphres said with a consolidated facility, the airport will be able to tear down the separate wash bays and use that land for taxiways and aircraft parking ramps. He said flat real estate that's pertinent for those facilities is a finite resource where the airport sits.

He said the airport will manage the facility, which includes snow removal, parking lot light replacement and general maintenance. The airport will charge those costs to the rental car companies, so the new facility will come at no net cost to the airport, he said.

A rental car is washed before returning to the fleet parking lot. Rapid City Regional Airport is financing a $2.9 million car wash and refueling station to replace the current infrastructure.

Hertz's rental fleet is about 500 cars, with more than 100 washed each day during the peak season.