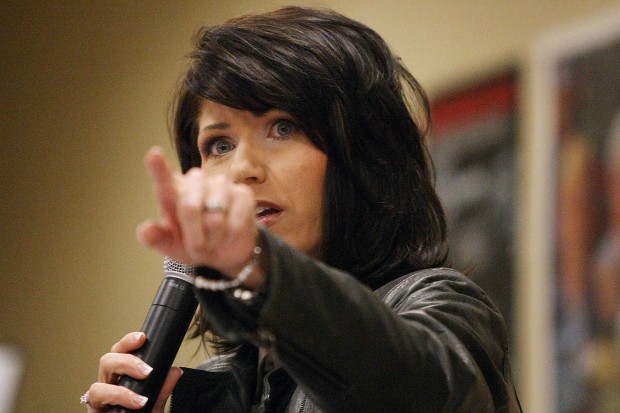 Noem addresses veterans Saturday during the state DAV convention, saying a failure to prioritize federal spending now could have severe effects on the availability of health care for veterans in the future. (Aaron Rosenblatt/Journal staff) 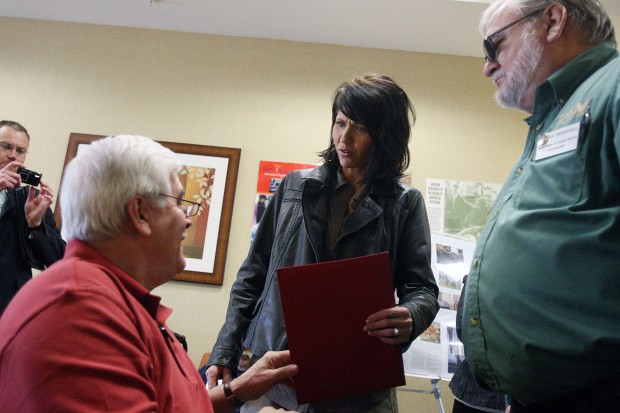 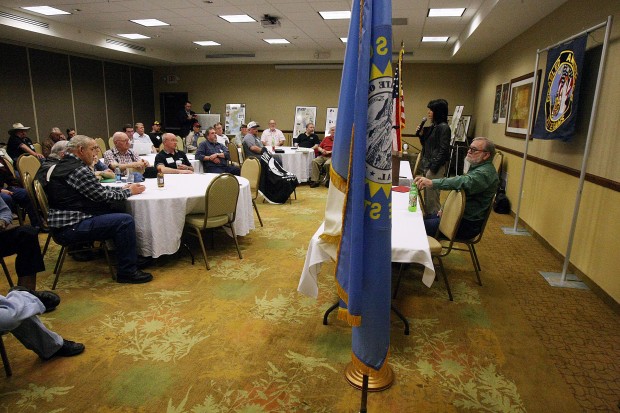 Rep. Kristi Noem found a sympathetic audience for many of her arguments about debt and spending Saturday at a Disabled American Veterans conference -- but she also found some skepticism.

Many DAV members at the state convention, held over the weekend in Rapid City, agreed with Noem’s arguments that spending must be reduced and that much government spending is wasteful.

But a budget proposal by top Republican Rep. Paul Ryan of Wisconsin to trim spending at the Department of Veterans Affairs had some DAV members worried.

“If they go and approve this, we will have some of the smaller VA facilities closing down in rural states,” said Gene Murphy, the state DAV director. “Then you’re going to put these veterans … into the Medicare and Medicaid programs.”

The specific proposal would take veterans who don’t have service-related medical conditions and aren’t poor out of the VA health care system.

Noem said this weekend was the first she has heard of that proposal, which is being floated by members of the House Budget Committee.

“That would be very concerning to me,” Noem said. “I’m going to go back and talk to Paul Ryan about that and see if that’s a recommendation he put forth.”

DAV members cautioned Noem about cutting veterans programs, or at least cutting them too deeply.

“We, as disabled veterans, know to a man what sacrifice is. We’re willing to sacrifice if it calls for that,” said Ned Douma, a Sioux Falls DAV member. “Don’t do it on the back of veterans and Social Security recipients. … At our age, we have already sacrificed.”

Noem said she agreed with the general sentiment. After the meeting, she said she wasn’t ready to either rule veterans’ benefits off-limits for cuts or to declare that they would have to share in spending reductions.

But her argument to the DAV members was that federal spending has to be reduced -- or benefits to veterans will definitely be cut in the future.

“We’re getting in the situation where if we don’t act, and don’t take some action quickly to be sure we start setting our priorities better, we’ll get to the situation where … when it comes to taking care of our veterans and our men and women who have served, we won’t have the money.”

Noem addresses veterans Saturday during the state DAV convention, saying a failure to prioritize federal spending now could have severe effects on the availability of health care for veterans in the future. (Aaron Rosenblatt/Journal staff)