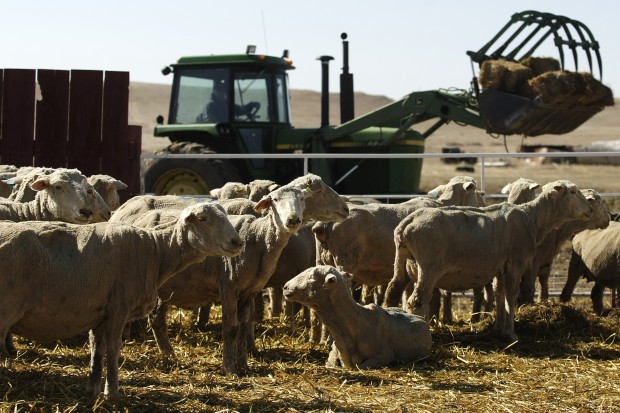 Pregnant ewes eat and rest in a corral on Dale and Deb Turbiville's ranch, which is located about 10 miles north of Buffalo in Harding County. New 2012 census data indicates that South Dakota residents are moving from rural counties to cities like Sioux Falls and Rapid City. 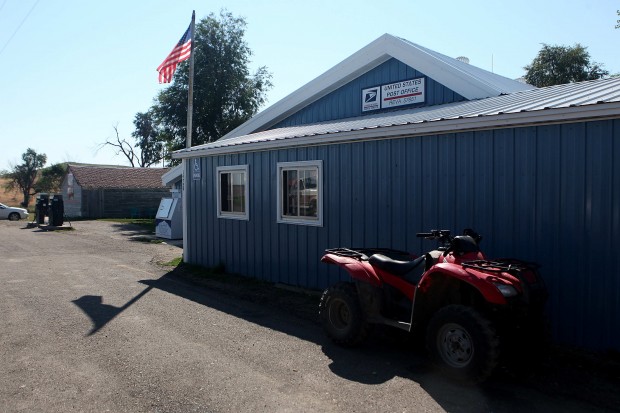 The post office in Reva is located inside the Reva Store on S.D. Highway 79 in Harding County. Census numbers indicate that rural residents across South Dakota are skipping town to live in bigger cities like Sioux Falls and Rapid City. 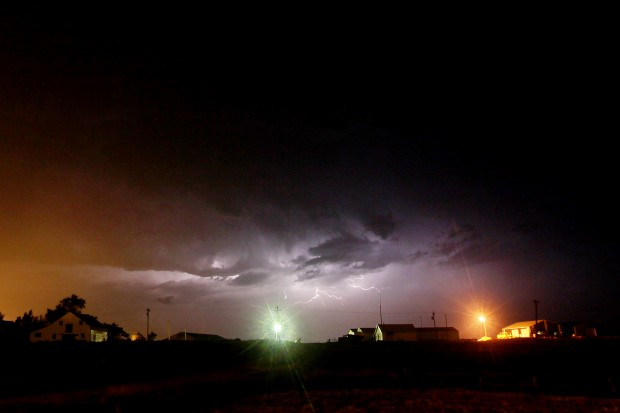 Michael McCurry, South Dakota's official demographer, predicts that Jones County, home to the town of Murdo, seen here in 2011, will lose a third of its population by 2035.

It's a quieter life in rural South Dakota: No rush hour, no street gangs, no strip malls.

And, increasingly it seems, no people.

According to the data, 22 of the state's 66 counties are shrinking in population. That is consistent with the rest of rural America, where deaths now exceed births in one in three counties.

For officials like Dennis Vedral, chairman of the Board of Commissioners in Gregory County in the south-central part of the state, it's an alarming trend that can lead to a shortage of retail options, limited access to professional services, and even the deterioration of roads.

"The city of Gregory used to have all the car dealerships, all the implement dealers, all the grocery stores — and they have lost all of them," he said.

Gregory County, which hugs the Missouri River and the Nebraska border, is the state's poster child of rural decline. In 1892 the federal government closed Fort Randall, a key base during the Indian Wars and the region's largest employer. The county's economy has spiraled downward ever since.

But while Fort Randall's closure may have kick-started the county's decline, its fall over the past century has been hastened by the same factors afflicting the rest of rural America. Combine harvesters and other machinery have reduced the need for farm workers. Meanwhile, since the 1960s, more American children are heading to college. Graduates from rural counties, unable to find work in specialist fields in their hometowns, are forced to stake out their claims in bigger cities.

Vedral said stemming that exodus has been all but impossible in Gregory. Located 50 miles south of Interstate 90, and with no rail line, the county has been unable to draw new industries that might lure people back.

Where will that leave Gregory in 20 years?

"I really don't know," Vedral said, "we just have to cross our fingers and hope."

Lloyd Miller, mayor of Eureka, a city with a falling population in northeast South Dakota, says he is doing more than just hoping for the best.

Miller has his work cut out for him. Eureka's population now stands at 865. Over the past 11 years, census data show it has fallen by 21 percent.

To bolster the city's economy, Miller said Eureka is encouraging its children to return to town and open businesses after they graduate from college. The city is also trying to lure people who work in the tech sector. Miller said several California families moved to the city recently because they loved the scenery and could work remotely via the Internet.

But, like most rural counties, Eureka's challenges aren't just economic, they're demographic. City residents have a median age of 61 — making it South Dakota's most elderly community.

Miller said that has acted like a double whammy for the city: Its residents have a growing need for medical care; at the same time, medical professionals there are nearing retirement age themselves.

Attracting new professionals isn't easy. Miller said even if a professional is willing to accept the quiet lifestyle of a rural community, their spouse and children may not.

"If the spouse is happy, most of the time the professional person is happy, too," he said.

Diane Worrall, executive director of the Association of Towns and Townships, says aging populations are making it difficult to fill another prominent role in small towns: elected officials.

Worrall said as board members retire among the state's 912 townships, younger people appear less interested in replacing them. Over the past three years, she said, 11 townships have been forced to dissolve under state law because a vacancy couldn't be filled.

"And I know of one now that's going to be dissolved," she said.

That has had tangible consequences for some communities. When a township dissolves, its county takes over paving roads and other former duties. But most rural counties — grappling with tight budgets and an expansive area of responsibility — are not likely to prioritize those former townships.

"Most counties just don't have the manpower," she said. "They can barely maintain their own county roads."

According to projections developed by McCurry, rural communities will continue to shrink and age.

For instance, he expects Jones County, a long-declining region in central South Dakota, to fall to 651 people by 2035 — a drop of roughly a third.

"Every time we have a count I hope that they will have more people but, once you drop below a certain level, you can really have a lot of problems," he said.

The real kicker? McCurry said those problems will soon become manifest in urban counties across America too. As baby boomers retire, a shrinking share of workers will support a growing share of elderly dependents.

It's counties like Jones and Gregory, he said, which will show us what that future will look like. "They are the people who are going to show us how to live," he said. "They are the pioneers."

Pregnant ewes eat and rest in a corral on Dale and Deb Turbiville's ranch, which is located about 10 miles north of Buffalo in Harding County. New 2012 census data indicates that South Dakota residents are moving from rural counties to cities like Sioux Falls and Rapid City.

The post office in Reva is located inside the Reva Store on S.D. Highway 79 in Harding County. Census numbers indicate that rural residents across South Dakota are skipping town to live in bigger cities like Sioux Falls and Rapid City.

Michael McCurry, South Dakota's official demographer, predicts that Jones County, home to the town of Murdo, seen here in 2011, will lose a third of its population by 2035.