Augustana senior Taylor Beagle has been honored by the Northern Sun Intercollegiate Conference as the Swimmer of the Week, the league announced Tuesday morning.

Beagle, a two-time NSIC Swimmer of the Year, opened the 2021-22 season winning four races in a pair of duals against Division I opponents.

For the fourth time this season, a South Dakota Mines football player was selected as Rocky Mountain Athletic Conference Player of the Week. Freshman Isaiah Eastman earned the honor of being named Special Teams Player of the Week for his performance in the win over Fort Lewis on Saturday.

In addition to catching six passes for 86 yards and a touchdown, Eastman had three punt returns for 60 yards with a long of 36. He also took his lone kick-return for 38 yards.

In the third quarter he finally broke through for a touchdown, taking a punt back for 49-yards. However, it was called back for a penalty. In total, Eastman had 182 all-purpose yards.

Mines, 3-2 in RMAC play and 4-2 overall return to action Saturday at No. 5 Colorado Mines. 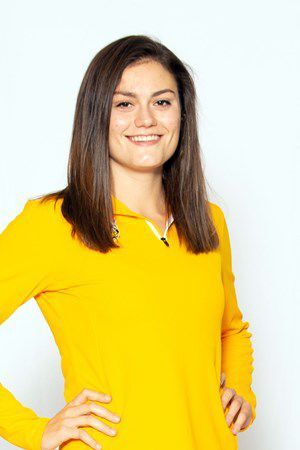