South Dakota Mines started hot, getting out to a 6-2 lead thanks to a pair of kills by Lily Bartling and Jacey Koethe, as well as the Hardrocker defense forcing four errors. A pair of errors forced by Mines would tie up the set at 8 before another Black Hills State run would expand its lead to 12-8. The Hardrockers would battle back thanks to strong defensive play, and kills by Bartling and Victoria Zagorski for a 24-20 lead.

BHSU battled all of the way back and tied it at 24-all, before Mines regained the lead at 25-24. But Madison Hoopman would step in to seal the game for the Yellow Jackets, recording a kill and then putting up two strong serves for the first-set win.

Set two started out strong for the Yellow Jackets with Peyton Bodemann and Sierra Ward throwing up a block to get the scoring started. The Yellow Jackets and Hardrockers would end up tied at 12 all before BHSU would go on a 6-2 scoring run that would give them the edge in the remainder of the set.

Once again the set was a back-and-forth clash between the two teams. With South Dakota Mines leading 7-6, Black Hills State would score four straight to take a 10-7 lead and would continue to expand it to 14-8, leading to a Hardrocker timeout. Black Hills State would continue to roll, taking a 17-10 lead. Trailing 20-11 Mines scored three straight points, cutting the deficit to six, but that was as close as the Hardrockers cold get.

Hoopman and Mariah Robinson led the way for the Yellow Jackets with nine kills each, while Karly Marx had 32 sets and six digs.

Haedyn Rhoades led BHSU in digs with 13 and Marx and Rhoades led the team with two aces each.

Peyton Bodemann and Sierra Ward were strong at the net, each recording five block assists with Bodemann also recording one solo block.

"We lost the battle of control tonight against a scrappy Black Hills State squad," said Mines head coach Lauren Torvi Prochazka. "We are confident in what kind of team we are and what we're capable of doing and will continue to trust the process as we prepare for Western Colorado."

Koethe and Sydney Crites led the Hardrockers with six kills each, while Shyan Bastian finished with 12 assists, with Kiley Metzger adding 10 assists and 10 digs. Emma Grimm led the team with 14 digs.

South Dakota Mines plays again Friday in its home opener against Western Colorado University at the King Center at 6 p.m.

The Yellow Jackets next take on CSU Pueblo at 3 p.m. Saturday at home in the Donald E Young Center. 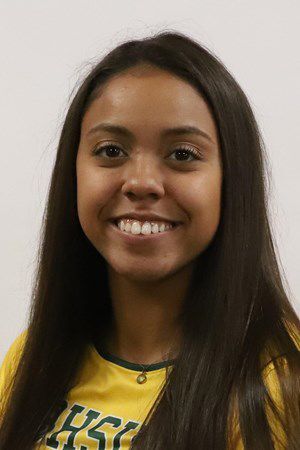 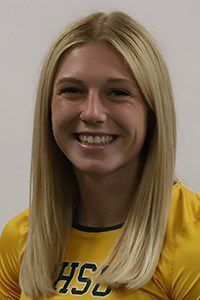