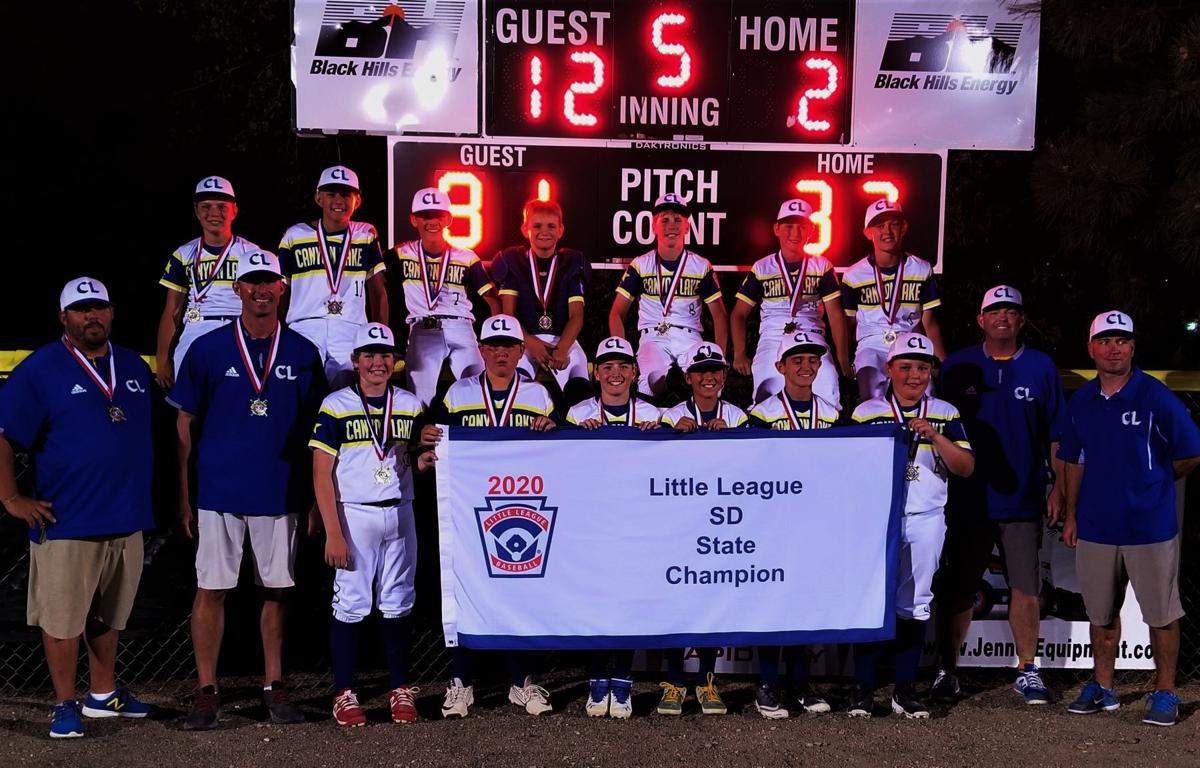 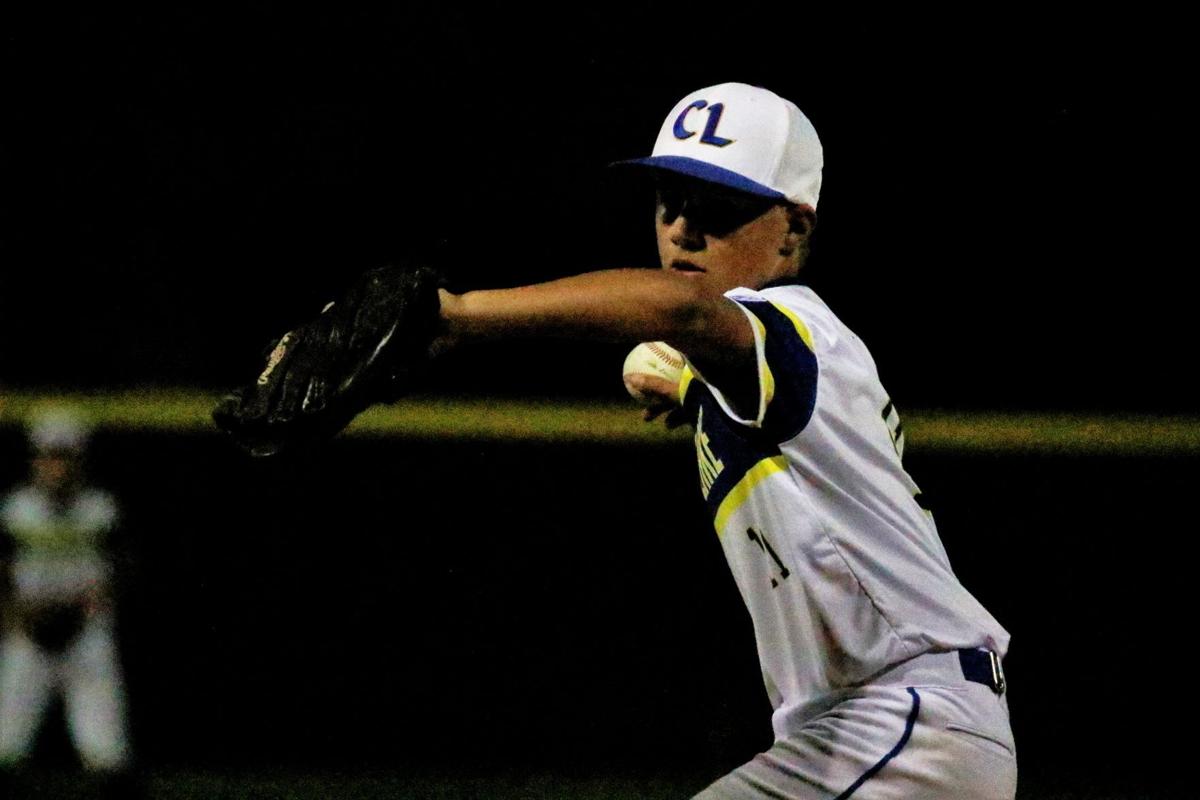 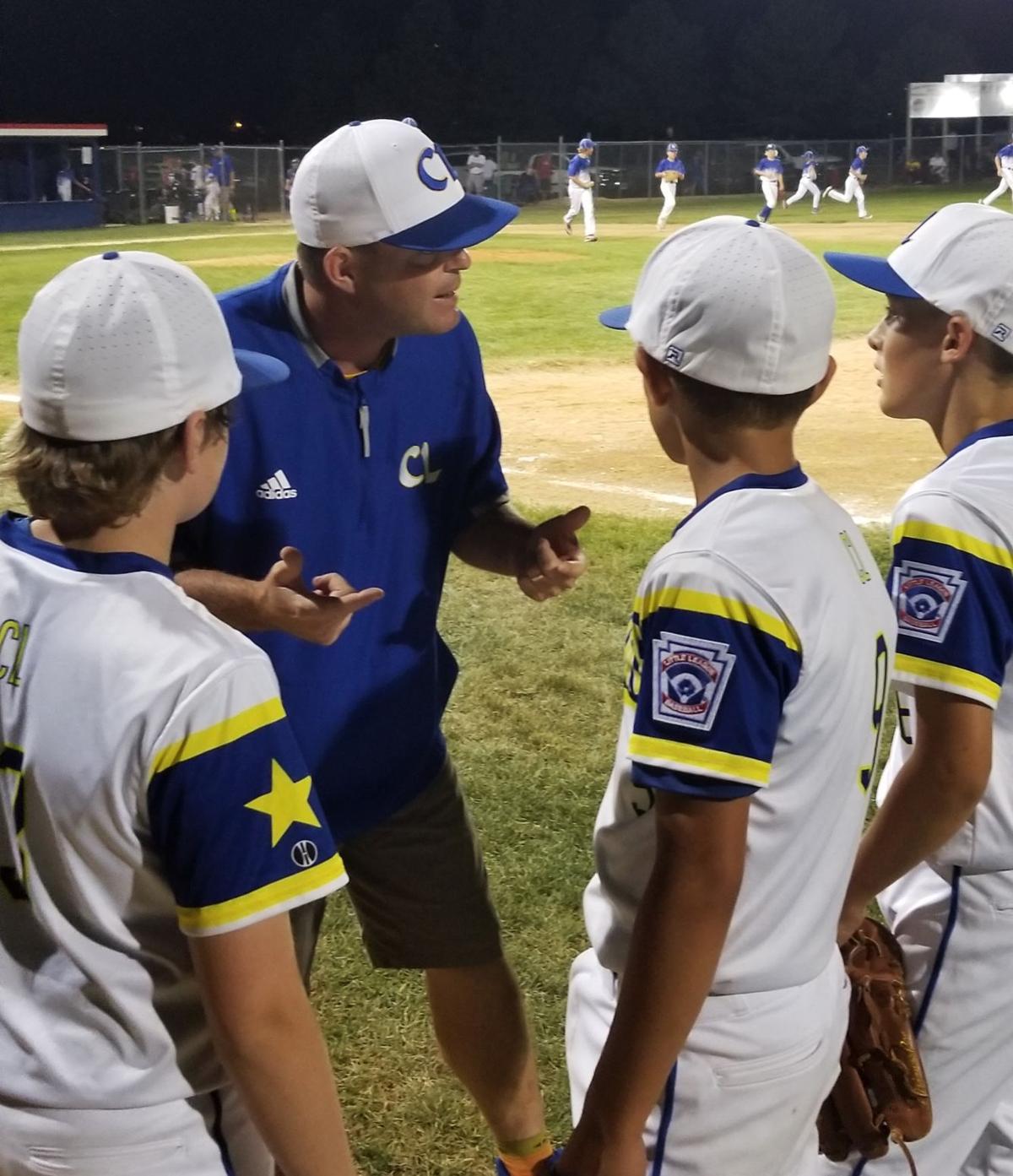 There could have been plenty of distractions for the Canyon Lake Little League this season and Sunday night, but it was all about focus in the South Dakota State Little League title game against Sioux Falls at the Harney Complex.

Canyon Lake overcame a season that almost wasn’t because of the COVID-19 pandemic, and an hour late start Sunday night before thumping Sioux Falls 12-2 in five innings for the league’s third straight state title.

“It was fun coming all of this way with our team because at the beginning of the year we didn’t even know if we would have a season,” Canyon Lake outfielder Mason Knutson said.

Canyon Lake catcher Karter Brager said it was a different season, for sure.

“In the beginning of the season there was phase one, phase two and phase three,” Brager said. “We couldn’t even all be in the dugout at first and we couldn’t break it down as a team. It was nice to get that back, so it was nice to be close to each other as a team.”

The Midwest Regional and Little League World Series were canceled a good month before local officials were even sure if they could have a season.

Canyon Lake focused to win all three of its games in the tournament, and put it all together when it counted the most. Taking advantage of some early Sioux Falls mistakes, Canyon Lake jumped out with two runs in the first inning, one in the second and five in the third, leading 10-0 before Sioux Falls would strike in the fourth.

“We kept telling the team to just focus on what you can do individually when your turn is up at the plate,” Canyon Lake manager Chris Kieffer said. “We knew small ball would come into play and we needed to do it to perfection to beat Sioux Falls."

With the big lead, Canyon Lake starting pitcher Brody Lee was on cruise control, scattering just three hits and giving up two unearned runs in the fourth inning. He walked three and struck out four.

“Today we had a great effort,” Lee said. “Coach just told me that I had a great infield, so just throw strikes. We did that and we executed.”

In both the fourth and fifth innings Lee got out of jams to limit the damage.

“Hats off to Brody Lee, he pitched a gem of a game,” Kieffer said. “He kept us in it and they couldn’t hit him very well, and we got some ground balls. He pitched a heck of a game. He totally kept his focus. He knew what his role in this game was, to shut down Sioux Falls and get us some ground balls.”

In the first inning Canyon Lake got on the board when Lars Kieffer tripled home Wyatt Reeder, who walked, and he scored on an error to make it a quick 2-0 game.

Leading 3-0 in the third, Canyon Lake blew the game open on two hits and two Sioux Falls errors. Keaton Rhoads had a RBI ground-out bunt and Lee reached on an error, scoring Rhoads. After two walks to load the bases, the Rapid City team added two more runs on a Sioux Falls error and Lee scored on a wild pitch.

It was 10-0 when Rhoads scored Kieffer on a bunt single and Lee doubled home Rhoads.

After Sioux Falls got its lone runs in the bottom of the fourth on two hits and three errors, Canyon Lake came right back with two runs in the top of the fifth to keep it a 10-run game.

Knutson’s liner wasn’t handled in the outfield, scoring Kieffer, and Reeder scored on a double steal to make it 12-2.

“We kept striving to score a couple of runs each inning, and it worked out to be a 10-run rule at the end,” Chris Kieffer said.

Sioux Falls loaded the bases with two outs in the bottom of the fifth, but Lee induced a ground ball for the final out and the win.

“To overcome we all had to keep our attitudes up and always talk in the dugout, keep each other up,” Lee said. “It feels really good (to be the winning pitcher), but I would like to thank my teammates.”

Canyon Lake finished with seven hits, including two each by Kieffer and Rhoads. It also drew five walks and reached on the five Sioux Falls errors.

“If we’re getting outs at home plate, that is not as productive as if you are moving baserunners around,” Knutson said.

Chris Kieffer said the delay made the coaches more nervous than the players.

“The kids held their composure. It was definitely hard to sit back and wait for this type of game,” he said.

The Canyon Lake manager has been part of the last three state title teams with his sons, Lars and Benson.

“We have good baseball at Canyon Lake, and we work really hard with our kids,” Kieffer said. It has been an honor to work in something like this. But hats off to Sioux Falls as well. They are a good team, and it just wasn’t there night tonight.”

Brager, who wasn’t able to play Sunday night because of an ejection Saturday, said it was a total team effort, from the team on the field, to the players on the bench.

“We had to come out and play Canyon Lake baseball, be loud as a team in the dugout and go swing the stick,” Brager said.

While at one time it looked like there might not be any baseball this summer, it felt like a full season by 10:30 p.m. Sunday night, a smiling Chris Kieffer said. It just took a little different route to get there.

“I think it is awesome that the kids were able to come out and play the game," he said. "Hats off to Jason McGough (State Little League director), that we got to play a state tournament too. The kids needed to be out there playing.”

The smiles were even bigger for the players, sitting on the center field fence after the game, posing for pictures with the state title banner. Even if it was their last game instead of preparing for the regional tournament.

“It was fun, but it was a team effort, and I hope we can remember this forever,” said Knutson.

Noem's daughter leaving her job in the governor's office

The daughter of South Dakota Gov. Kristi Noem has announced she’s leaving her job as a policy analyst in the governor’s office.

Dr. Birx has a warning for rural Americans