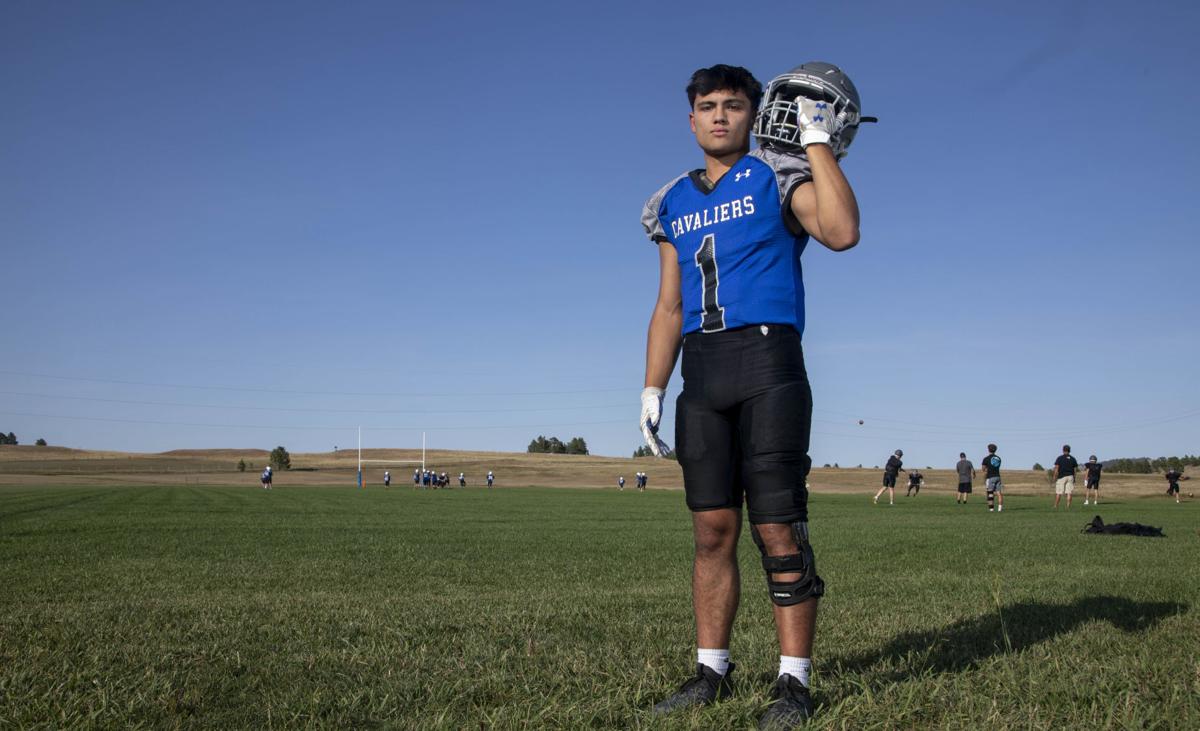 Jed Sullivan suffered a fourth ACL tear this summer and thought his senior football season at St. Thomas More was over. But after meeting with a distinguished doctor, Sullivan is delaying surgery to play for his father, Wayne Sullivan, a final time. 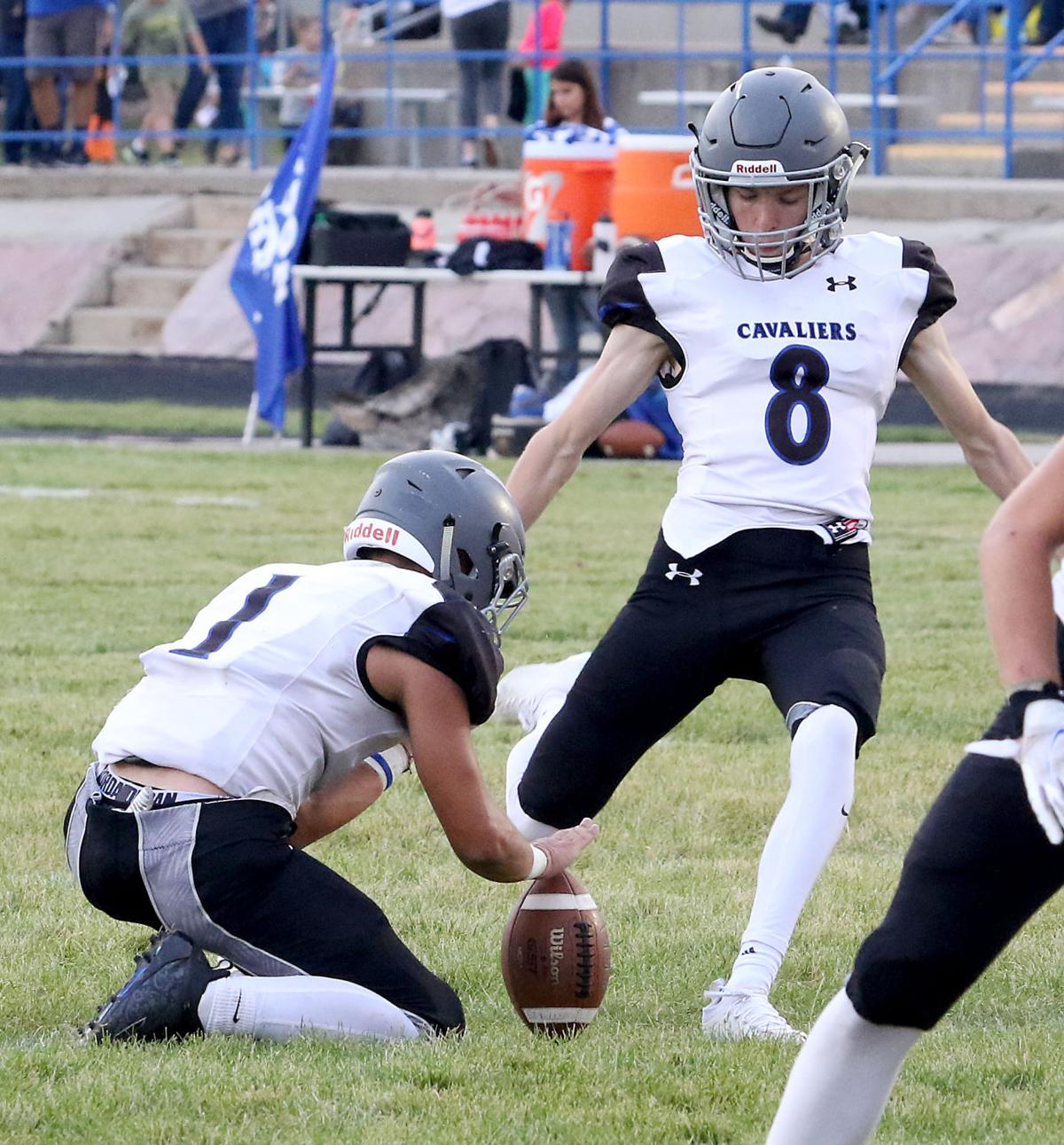 Loads of athletes have experienced an ACL tear, and re-tears aren’t uncommon. A third is just unfair.

Jed Sullivan stretches beyond the bounds of fairness, as a fourth injury suffered this summer all but ended his senior campaign with the St. Thomas More football team.

Or so it seemed.

During seven-on-seven drills at Stevens High School, Sullivan broke on a post route and felt that familiar pain when he turned his left knee.

July 12, Sullivan remembers, was the date.

“I knew exactly what happened,” he said. “Right as it happened I thought baseball, football, everything was done.”

The tear made it four in total in his left knee. While no stranger to that specific injury, Sullivan was nevertheless left in disbelief that it had occurred yet again. Coming off a full football season the previous fall where he led the Cavaliers to a 7-2 record and a Class 11B quarterfinal appearance from the quarterback position, and in the midst of a solid campaign with American Legion Post 22, it was another heartbreaking setback as he would be out for the entirety of his senior football season.

“It’s always devastating, no matter if it’s your first or your fourth,” said Wayne Sullivan, STM’s longtime head coach and Jed’s father. “(He) was probably stronger and faster than he’d ever been. To do it again running a route, a non-contact drill, was probably way more devastating for me than it was for him.”

The anguish felt by Wayne was so severe because he knew the grueling rehabilitation process his son would undergo again, having experienced it three times prior. The surgeon who performed his third surgery, however, had connections with doctors who might provide an alternative. A glimmer of hope.

Jed said he didn’t think it would happen, but following a phone call, he traveled to Vail, Colorado, for a visit at The Steadman Clinic and a consultation with Matthew T. Provencher, a doctor of complex shoulder, complex knee and sports surgery. Provencher is the former head team physician for the New England Patriots and served in the role during the team’s run to the Super Bowl 49 title.

Provencher found some things he could fix, Wayne said, more so than just an ACL repair, and measures that could be taken to help permanently fix Jed's  knee issues. Bone grafts could be conducted to repair a cracked tibia and the other bones that had been damaged as a result of the harm caused by the injuries, and the lateral collateral ligament, a band of tissue on the outside of the knee, could also be reconstructed to provide extra stability.

The two surgeries needed to administer all of this didn’t need to happen until November, meaning Jed, who now has no ACL in his left knee, could indeed play in his final high school season.

“He basically told Jed, you have your brace, you’re not going to injure anything worse,” Wayne said of Provencher. “Knowing that we’re going to go into surgery, I want you to enjoy your senior year.”

Jed, who less than two weeks before the Cavaliers’ season-opener was mimicking snaps to backup QBs at practice, was thrilled at the clearance to be able to suit up again.

“That was really exciting for me that I could play my senior year and just play with these guys, because I’ve been playing with them since sixth or seventh grade,” he said. “I was really happy with that.”

Jed has played through the first three games of St. Thomas More’s season, aiding in their 2-1 record, and will do so again when the Cavaliers host No. 1 Winner on Saturday. He’s moved from quarterback to receiver, though, a better fit for him in his condition and a position he competed out of his freshman and sophomore year.

He’s filling a role left vacant after senior Trey Herrboldt sustained an injury, ironically a partial ACL tear, in addition to a dislocated patella. Herrboldt was used to catching passes from Jed, not being substituted out for him.

“I’ve been playing football with Jed for four years and I’ve been through this with him and supporting him,” Herrboldt said. “It’s great to see him out here playing. I know he loves the game just as much as I do.”

Herrboldt said he can sympathize with Jed not only in the physical pain they both share, but in the emotional toll not being on the field and having to sit out causes. Seeing his teammate fight through that has been encouraging.

“It brings a lot of motivation to our team and makes us all look at the game and say, 'hey, let’s all get better and be the best football player we can be,'” he said.

With no ACL in his left knee, there isn’t more damage Jed can do to it, but he still experiences soreness and the pain associated with his increasingly cracked tibia. The offense also executes plays for him to make cuts on routes with his right leg instead of his left.

It’s the price to pay, he said, to play for his dad a final time and be a strong influence on his younger brother, eighth grader JonPaul Sullivan, as well as his teammates.

“I hope I can just show these guys that no matter what you’re going through, you can still put your head down and push through it,” he said. “And I can be a role model, not just for my little brother, but for the whole team.”

Due to his two surgeries, the first one Nov. 2 and the second following a three-month recovery, Jed will miss his senior baseball season with Post 22 next summer. His dream is still to play college baseball, however, and Wayne said a couple college coaches have reached out to say they still want him.

“Which I think is really good for his psyche, to be honest, so that he can continue to work and know that he’s got something to work for,” Wayne said. “We want him to walk when he’s 60, but if he’s able to play at the next level, then that’s a blessing.”

Jed said it was surprising to hear from coaches, but is relieved to know his dream is still alive.

With three previous recoveries on his record, odds are he will.

Jed Sullivan suffered a fourth ACL tear this summer and thought his senior football season at St. Thomas More was over. But after meeting with a distinguished doctor, Sullivan is delaying surgery to play for his father, Wayne Sullivan, a final time. 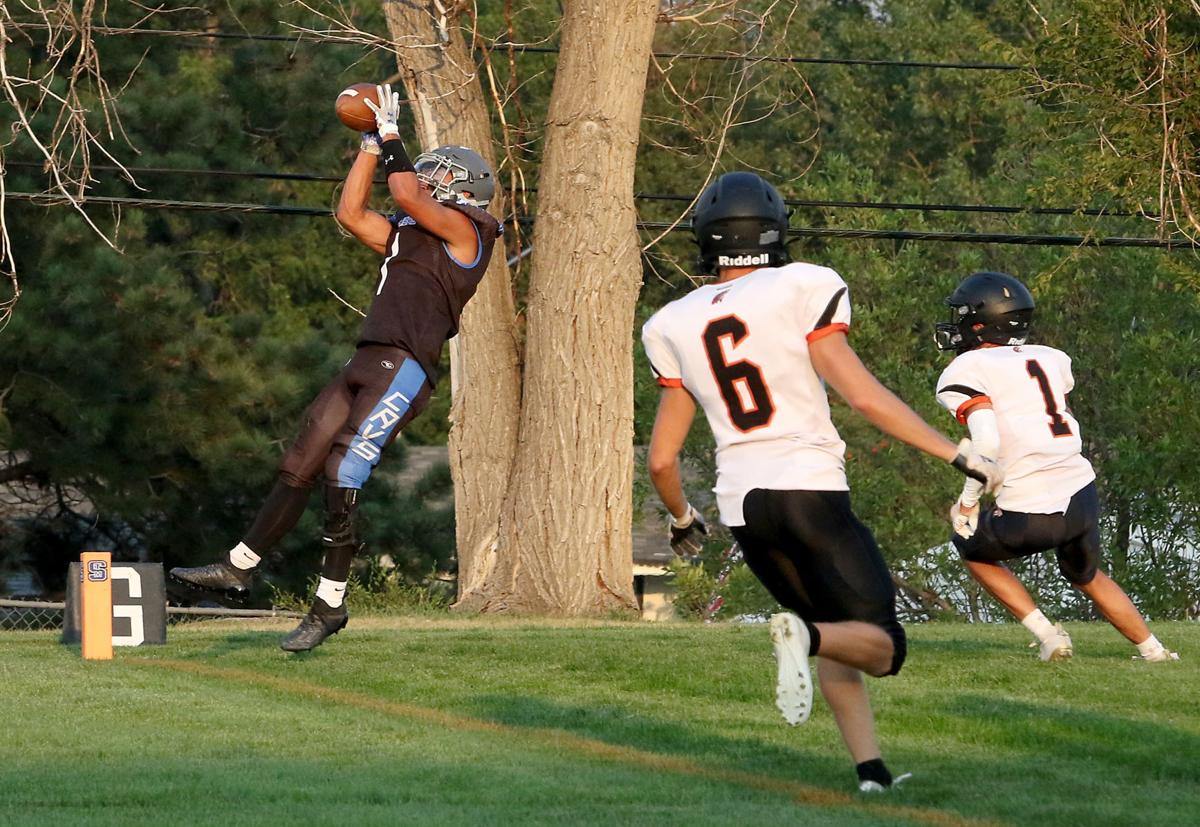 St. Thomas More receiver Jed Sullivan goes up for a touchdown catch in the first quarter in the Cavaliers' win over Mobridge-Pollock on Aug. 27. 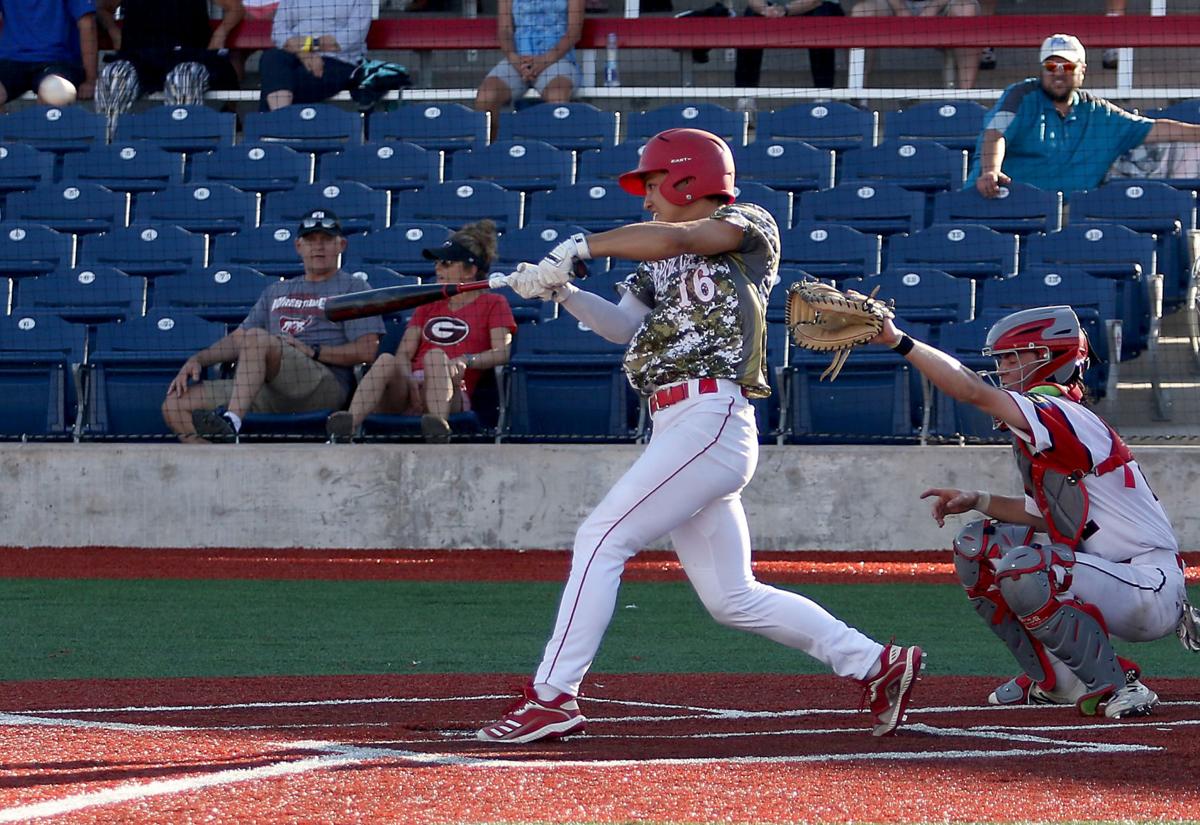 Jed Sullivan rips a double for Post 22 to drive in two runs in a June 5 game against Gillette. 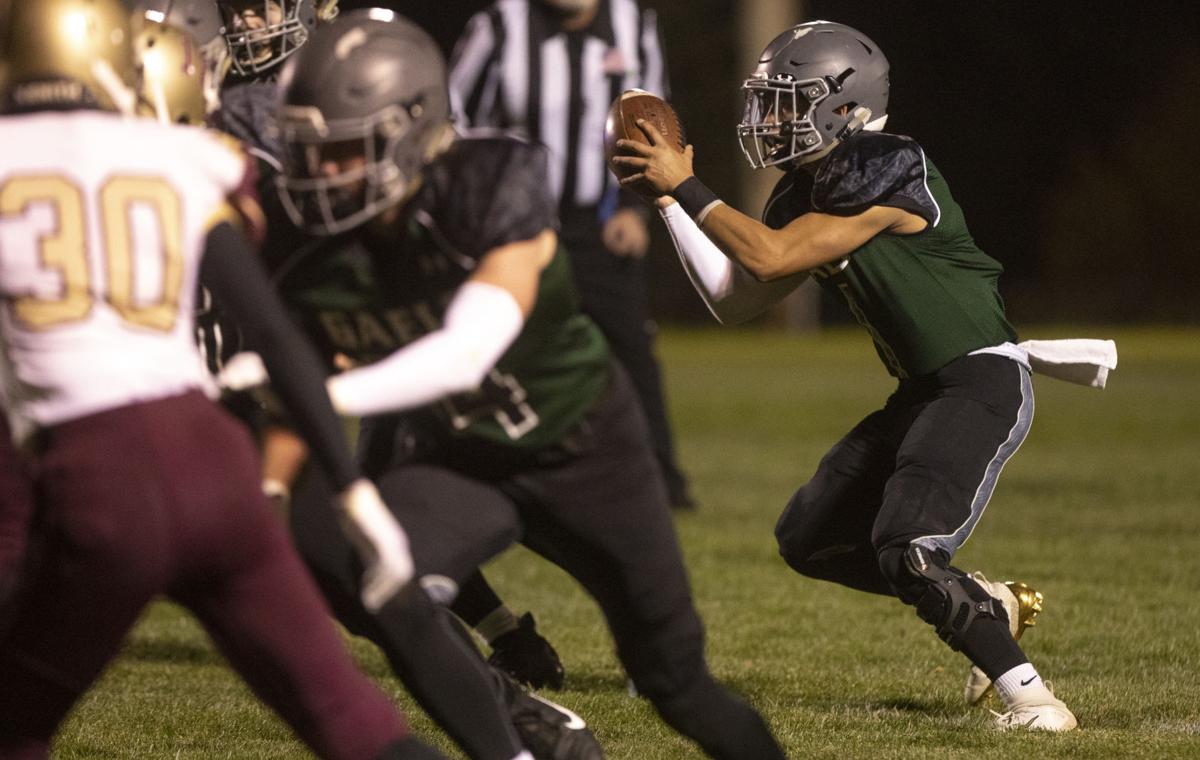 Jed Sullivan takes a snap as the St. Thomas More's quarterback in an Oct. 16, 2020 game against Lead-Deadwood. 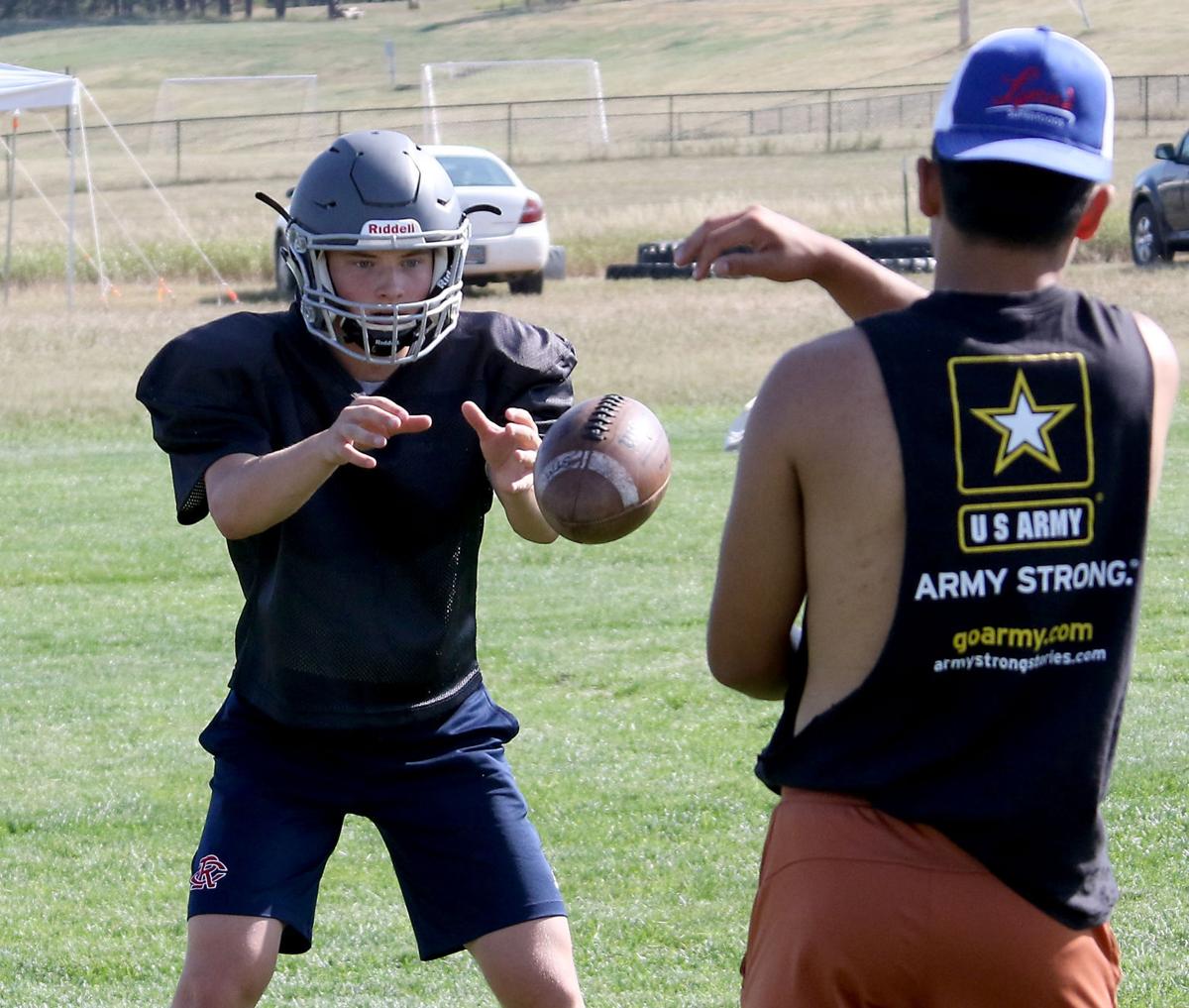