The Wall football head coach, who on three previous occasions fell one win shy of a trip to the DakotaDome, finally accomplished something that had eluded the Eagles for more than a decade: a state championship game berth.

In the days since that victory, now preparing to square off with Parkston in the 9AA title game this Friday, Heathershaw is still in a state of euphoria. With the support of the town of Wall and people all over the state, he said it feels like a movie.

“It’s an unreal feeling that’s hard to explain to people,” Heathershaw said. “The last couple days it’s just been phone call after phone call, text after text, and I’ve never been able to experience something like this so positive throughout the community.”

A 2007 graduate of Wall High School, Heathershaw knows how important football is to the town. He was a member of the team during his high school days, and competed in basketball, track and field and rodeo as well. After graduating, he played rugby for the Northern State club team and won a national championship in 2009 before taking over as the girls basketball coach at Stanley County, where he also served as an assistant football coach.

An opportunity to return to Wall as the head football coach opened up in 2017, and though nervous to take over the reins of a historically successful program, Heathershaw said he was fortunate to make a homecoming.

“Any time you come back to your hometown to coach, I think it’s something that can be a little nerve-racking, especially with football in Wall because it’s such a high-pride community,” he said. “I just really wanted to do well and make everybody proud.”

Heathershaw has collected a record of 56-7 in his six seasons with the Eagles, a winning percentage of more than 88%, guiding them to the quarterfinals or better every year.

This season has been the highlight of his tenure, however, leading Wall to its first state championship game since 2011, with a chance to bring home the title trophy for the first time since 1994.

“The first season he came here, it seemed like our team took a significant step forward,” junior quarterback Burk Blasius said. “He’s really pushed our team to the next level. He’s really asked the most out of us that we possibly can give.”

Senior running back Cedar Amiotte said Heathershaw has set high expectations for the program, expectations that have never wavered and that run through all levels and ages, and it inspires the youngest players to strive for excellence.

“We know what the expectations are. You can’t really go too far above them because they’re set pretty high with him,” Amiotte said. “Sixth graders all the way up all look up to him and realize how good they want to be at football.”

That style of coaching has created a strong bond within the program, Amiotte added, as Heathershaw refuses to let tensions among teammates flare.

“During a good game or during a bad game, he won’t let you turn against each other,” he said. “He won’t let any of that stuff happen, and it really keeps us tighter as a team.”

One of Heathershaw’s major contributions to the Eagles’ success was starting an offseason strength and conditioning program consisting of 6 a.m. summer weight room sessions during the week, something his players have bought into.

“That really is something I think is one of the big pieces that helped kick off our culture here for football, just getting the guys in the gym,” he said. “The biggest credit goes to our kids and the work they put in.”

Heathershaw, who served as activities director at Wall High School before taking over ownership of the Best Western Plains Motel in town, said he’s been motivated by the support of his wife and three kids, as well as his faith and support of the community.

“It’s a really humbling and cool thing to be a piece of Wall history and the Wall legacy,” he said. “So hopefully we can go to the Dome and finish the job, not only for ourselves and for our boys but for our community too.”

It wasn't until the woman got home at the end of the day that she was met by police officers, who told her the patient was her 17-year-old daughter, Montana.

A state prison inmate left his community assignment in Rapid City Wednesday and has been placed on escape status.

Check out this year's honorees from across the state

Woman shot by police taken to jail after bond violation 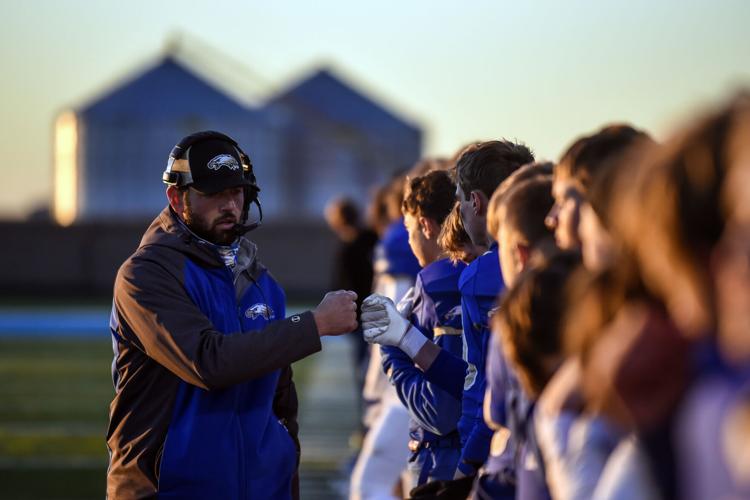 Wall head coach Lex Heathershaw goes down the line fist bumping each of the players before the Eagles game against the Hamlin Chargers in their Class 9AA semifinal game last Friday in Wall. 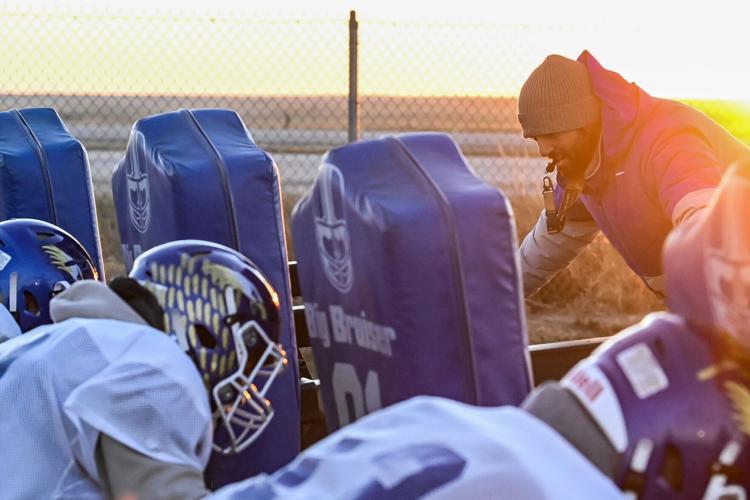 Wall head coach Lex Heathershaw leads the Eagles as they hit the sled during practice Tuesday afternoon south of the school's football field. 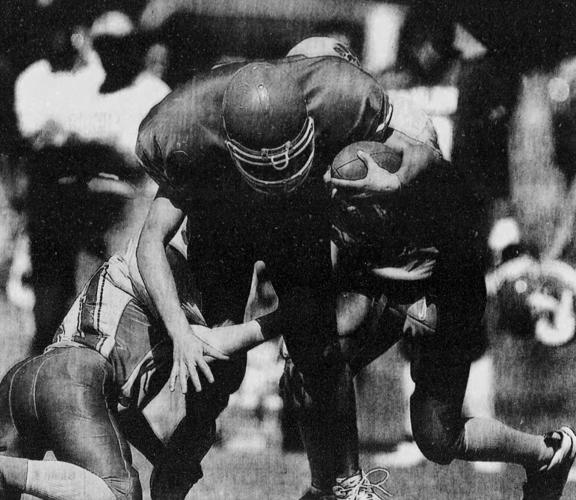 Lex Heathershaw is pictured carrying the football as a member of the Wall football team during the Prospector Bowl on Sept. 22, 2005 against Lead-Deadwood at Ferguson Field in Deadwood. 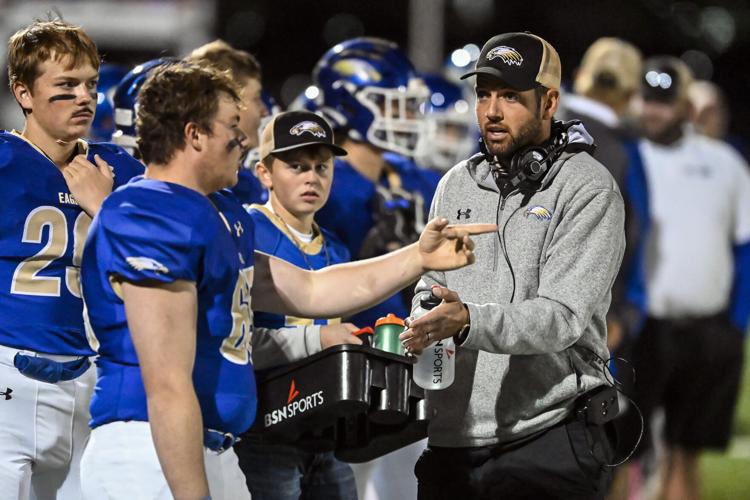 Wall head coach Lex Heathershaw talks with lineman Matthew Heathershaw during the Eagles win over Stanley County in the first round of the Class 9AA state tournament Oct. 20 in Wall.