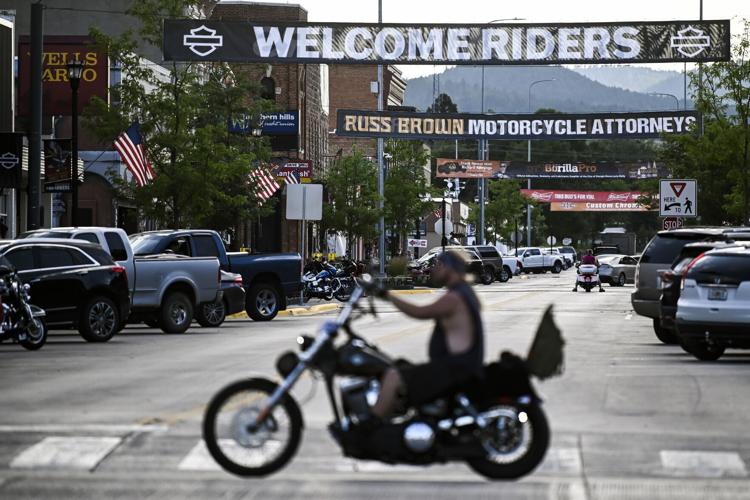 The city of Sturgis is gearing up for the 82nd annual motorcycle rally kicking off next week. 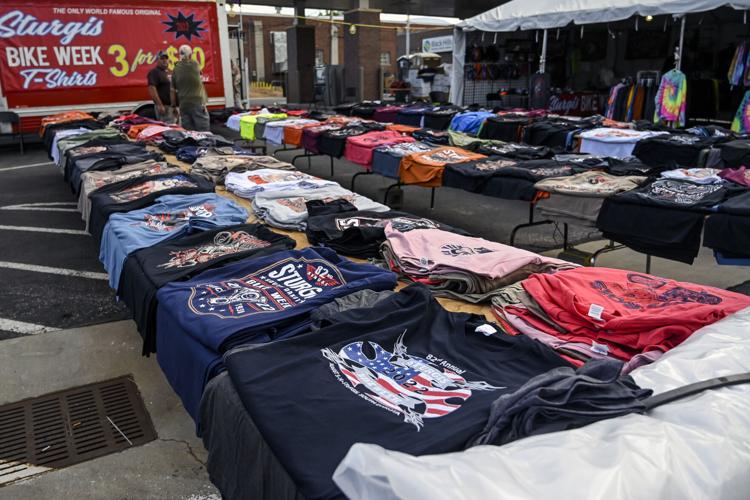 Vendors have begun setting up in downtown Sturgis. 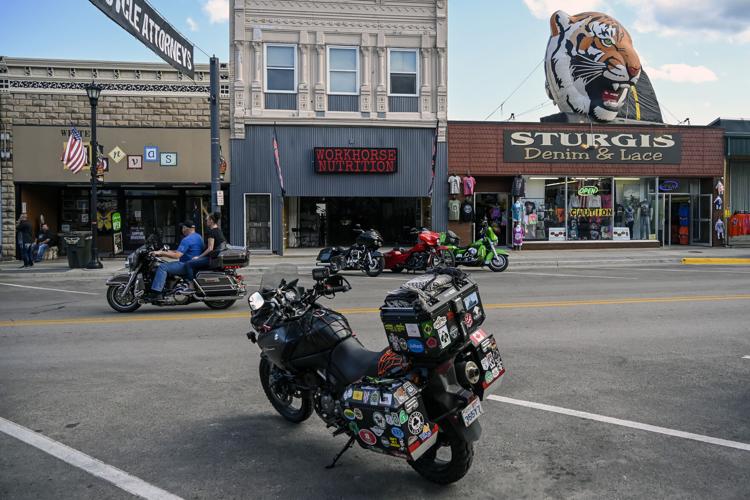 Hundreds of thousands are expected to fill the city of Sturgis for the 82nd annual motorcycle rally starting next week. 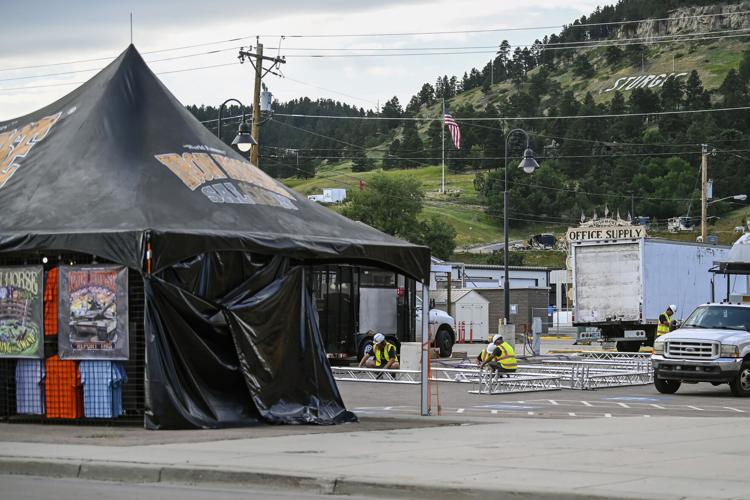 A stage is being assembled in the parking lot of the Iron Horse Saloon & Restaurant ahead of the rally next week in downtown Sturgis.

As the 2022 Sturgis Motorcycle Rally approaches, the city of Sturgis is working on preparations for the town of less than 7,000 residents to swell to the hundreds of thousands. Last year's rally count came in at over half a million.

The city’s rally planning department itself consists of three full-time employees but “literally every department” in the city pitches in, including the police department, public works, the community center, City Hall, human resources, planning and permitting, and attorneys, according to Rally Director Tammy Even-Cordell.

“The whole city works on the rally. Nobody’s left out of working on the rally, including even the library,” said Even-Cordell.

As of Thursday, there are approximately 200 vendors registered for the rally, according to Even-Cordell. Permits are on track to hit last year’s number, about 650, but Even-Cordell said it’s difficult to predict vendor numbers because most wait until the Wednesday before the rally before registering.

“They wait until they know for sure that they’re coming, so they don’t waste their money. With gas prices and the cost of their supply and stuff, most of them wait,” she said.

The rally department employees are new to the job. Even-Cordell started as director in May after working as the assistant director for three months and she’s the most senior member. She said she’s relied on people in the city who have experience planning the rally. According to Journal archives, Even-Cordell also brings experience with event planning including Biketoberfest, Daytona Bike Week festivals and Harley-Davidson Rally Point.

“It's a good thing we have a great support staff all the way around the city. They are incredible,” she said.

The Sturgis Police Department also bears a responsibility leading up to and during the rally. The SPD hires outside officers to help enforce the law during the rally. Police Chief Geody VanDewater said the department hires officers from all over the country, including North Dakota, South Dakota, Montana, Wyoming, Nebraska, Colorado, Minnesota, Iowa, Ohio and Alabama.

“The majority of them are right in the surrounding states here,” VanDewater said.

VanDewater said the department sends letters in the spring reaching out to officers who worked the rally previously. Applicants must be certified law enforcement officers in good standing with their department or governmental agency, according to the SPD’s website.

The officers — VanDewater wouldn’t disclose how many for safety reasons — are sworn in the first day of the rally and given the authority of the department. They work every day of the rally and bring their own duty weapons, but the SPD provides them with uniforms and a radio. About half the officers will be outfitted with a body camera. VanDewater said not all officers need a body camera.

The primary goal of the force is to address any violation of South Dakota law or city ordinance. He said officers from out of state who have worked the rally before know South Dakota laws through experience, and newer officers are usually paired up as a backup officer.

“They learn the stuff. They’re not out there just shooting at the hip trying to write citations,” VanDewater said.

During the rally, the SPD works with the Meade County Sheriff’s Office, South Dakota Highway Patrol, the South Dakota Department of Criminal Investigation, the FBI, the ATF and Homeland Security.

Capt. Casey Collins, who oversees the West River office for the Highway Patrol, said the agency meets with other agencies several times throughout the planning process and they work closely together.

“With an event like this, large partnerships with local agencies is key to our success,” Collins said.

Although Highway Patrol does not hire additional officers, Collins said they make sure there are enough troopers stationed throughout the state as usual to protect people and property.

“Our top priority is always public safety and specifically highway safety in an event like the Sturgis Rally. We want the event to be as safe and as efficient as possible for our visitors. Our mission is the same as it is throughout the year — protect people,” Collins said.

Highway Patrol sees an increase in DUIs, drug violations and general traffic offenses during the rally. VanDewater said crime increases across the board due to the influx of people entering the area.

Rapid City police arrested one of the suspects Monday in a string of burglaries from July 15-19 in several west Rapid City neighborhoods.

The city of Sturgis is gearing up for the 82nd annual motorcycle rally kicking off next week.

Vendors have begun setting up in downtown Sturgis.

Hundreds of thousands are expected to fill the city of Sturgis for the 82nd annual motorcycle rally starting next week.

A stage is being assembled in the parking lot of the Iron Horse Saloon & Restaurant ahead of the rally next week in downtown Sturgis.