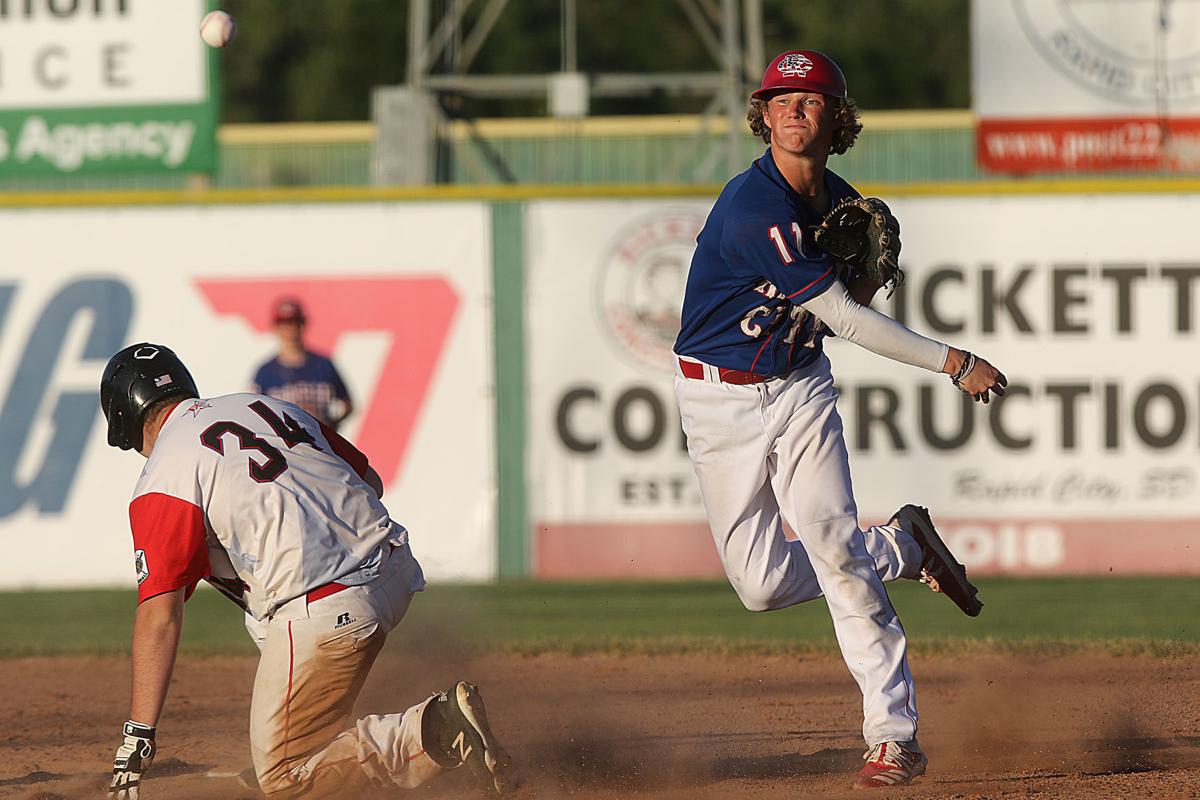 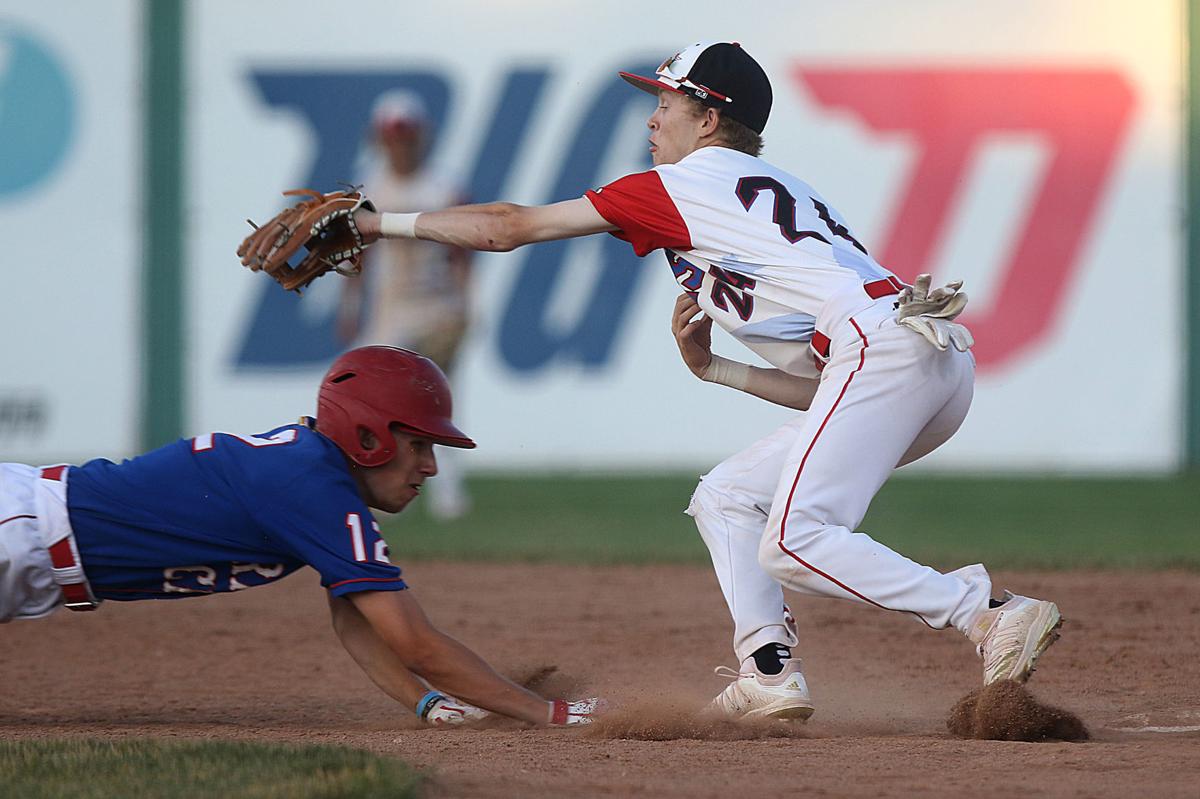 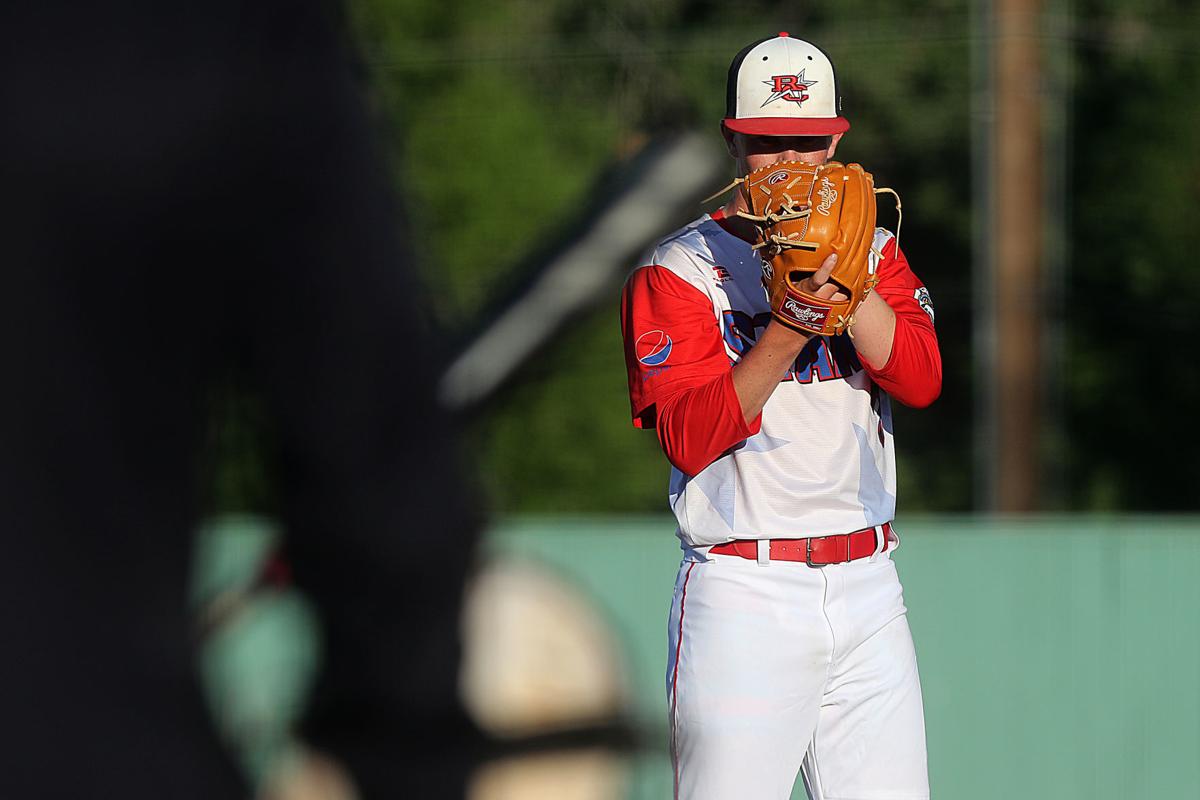 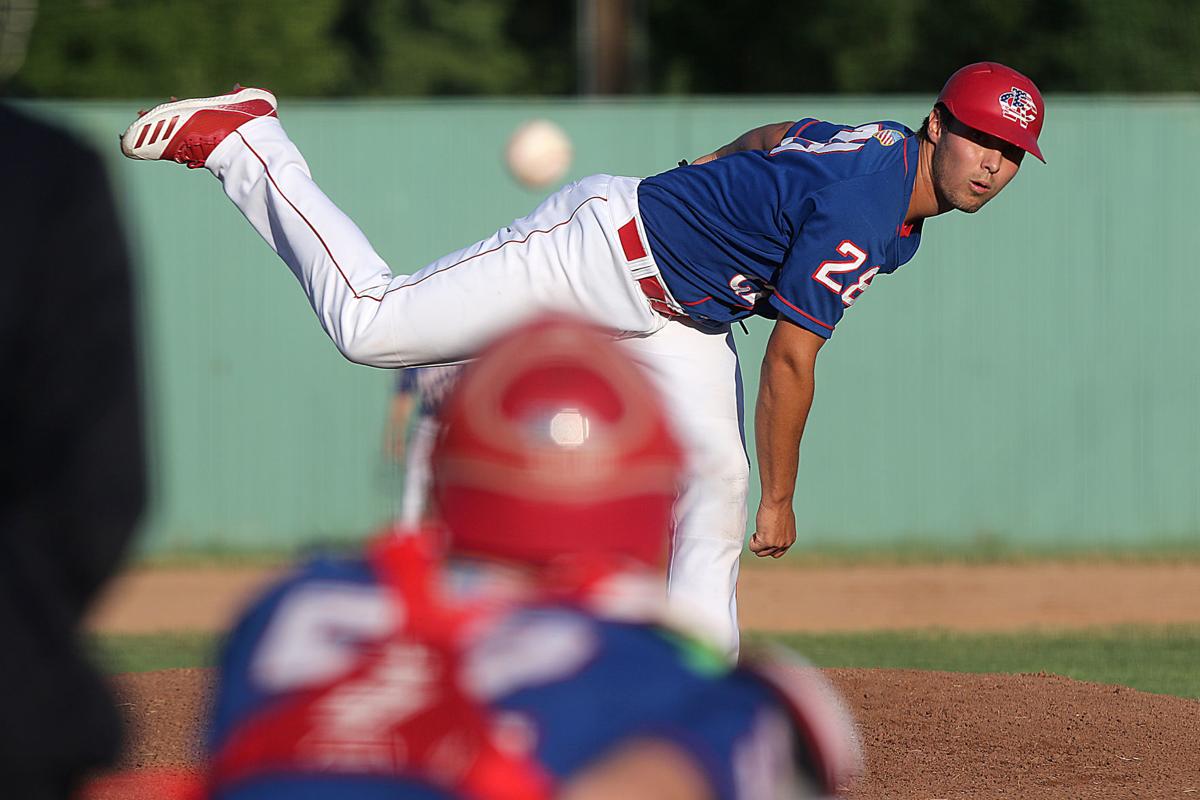 The Hardhats jumped on 320 with six runs on four hits in the first inning and added another run in the second for a quick 7-0 lead. It was still only 7-2 heading into the bottom of the sixth before Post 22 got going again and put the game away.

"Dylan Richey battled his rear-end off on the mound, and we had a good first inning," Torve said. "Other than that, we were dissatisfied with how we played. We gave away way too many at-bats and we had one bad inning defensively and a couple of runs scored."

Post 22 first baseman Jake Goble was one of the Hardhats who did hit the ball well, with a two-run single in the first inning and a two-run double in the sixth.

"We started out really strong, but we kind of lost focus in the middle of the game," Goble said. "We need to fix that in the upcoming games because sometimes you can't do that, blow past people. We have to focus up every inning and keep scoring."

Torve said that good athletes don't lose their focus, and they focus on every pitch and every play in the field. He said the Hardhats have to figure that out.

"We had a heart-to-heart after the game," he said. "I think our guys will get it because against Creighton Prep (Sunday in Omaha, Neb.) we did get it. Against Creighton Prep we played with heart and with passion, and we won an extra-inning game against an excellent team on the road. Then we came out tonight and played four innings where we filled the uniform, and that was it."

For Post 320, the Stars hung in there for the middle innings, but the two bad innings have been somewhat the story of their season, Post 320 manager Brian Humphries said. The Stars committed five errors.

"It was a tight game for two or three innings in the middle, but we've had one or two really bad innings where we give up four or five runs, and that has always seemed to hurt us this year," he said.

The Hardhats opened with the first five hitters reaching base. Consecutive doubles by Bransen Kuehl and Colton Hartford got them going.

Hartford scored on a passed ball and Goble and Thomas Maguire added two-run singles to make it 6-0.

The Hardhats got a RBI single by Richey in the second inning.

The Stars took advantage of sloppy Post 22 defense in the third, as Gavyn Dansby scored on a throwing error while stealing third, and Tate Walker had a RBI groundout, reaching on another throwing error.

After shutting out the Hardhats for three innings, two fielding errors and two balks by reliever Peyton Ness hurt Post 320, as Post 22 scored four times in the bottom of the sixth. Goble had a big two-run double, followed by a RBI single by Peyton Tipton.

Richey scattered seven hits in six innings, walking two and striking our nine. Drew Scherbenske pitched the final inning, giving up one walk, striking out one.

"He made some big pitches tonight," Torve said of Richey. "They have some good hitters over there, guys who can swing the bat, and he made some good pitches. We had a bad third inning where we threw the ball around a little bit, but Dylan got out of jams and competed."

Hartford and Goble had two hits each for Post 22, which moved to 10-5 on the season.

Humphries said the Stars did a pretty good job of not being an easy out. Post 320 had runners on base in every inning, but left 10 players on, including six in scoring position. Wyatt Hunt, Logan Ammerman and Gage Darrow all had two hits.

Logan Miller took the loss on the mound, giving up seven runs (three earned) and five hits in two innings. He left the game after one batter in the third after re-injuring his shoulder. Ness pitched the final four innings, giving up four runs (none earned) non three hits

"I was pleased with how our hitters did today with a pretty good pitcher on the mound," Humphries said. "The one thing I told them is to make sure we cut down our strikeouts with a two-strike approach to be able to put the ball on the ground. For the most part that is what we did."

The Hardhats continue a busy week with a doubleheader at home against Yankton Thursday and another twinbill at Fitzgerald Stadium Friday against Harrisburg.

"They count this year, so you have to bear down on them," Torve said. "It's four games in two days. We're a little bit banged up, so we're giving them (Wednesday) off. It doesn't matter if you're banged up or tired, and you still have t compete. That is one thing we have to figure out, to compete from inning one through inning seven."

The Stars, 6-10, are at the Hladky Tournament in Gillette, Wyo., Thursday through Sunday with five games in four days.

"We're in a pretty good bracket with three other really good teams, one of which is Mitchell, a Class A game that goes towards the power rankings," Humphries said. "They are all must wins, but that game is important just in terms of seeding for South Dakota. The road doesn't get any easier."

Merkel: You can't fight the pandemic with lies